Few electronic dance music spectacles come as close to that of Deadmau5. From the iconic LED mouse helmet to his ostentatious stage platform dubbed The Cube, the producer/DJ is as synonymous with the flamboyant pageantry of the genre as one can be. With that said, Deadmau5 manages to differ from many of his contemporaries, by refusing to pander to the instant gratification of euphoric drops and glitzy edits of Top 40 familiarity, instead opting for material that is all his own and artistry that’s garnered a legion of adoring fans. At the same time, Deadmau5 is also a notorious troll, playing with expectations and rustling through a mixed bag of free agency. Simply put, with Deadmau5 you never know what you’re going to get. Returning to Red Rocks on Friday for the first of two consecutive nights Deadmau5 was still a spectacle, but one devoid of any discernible spark. 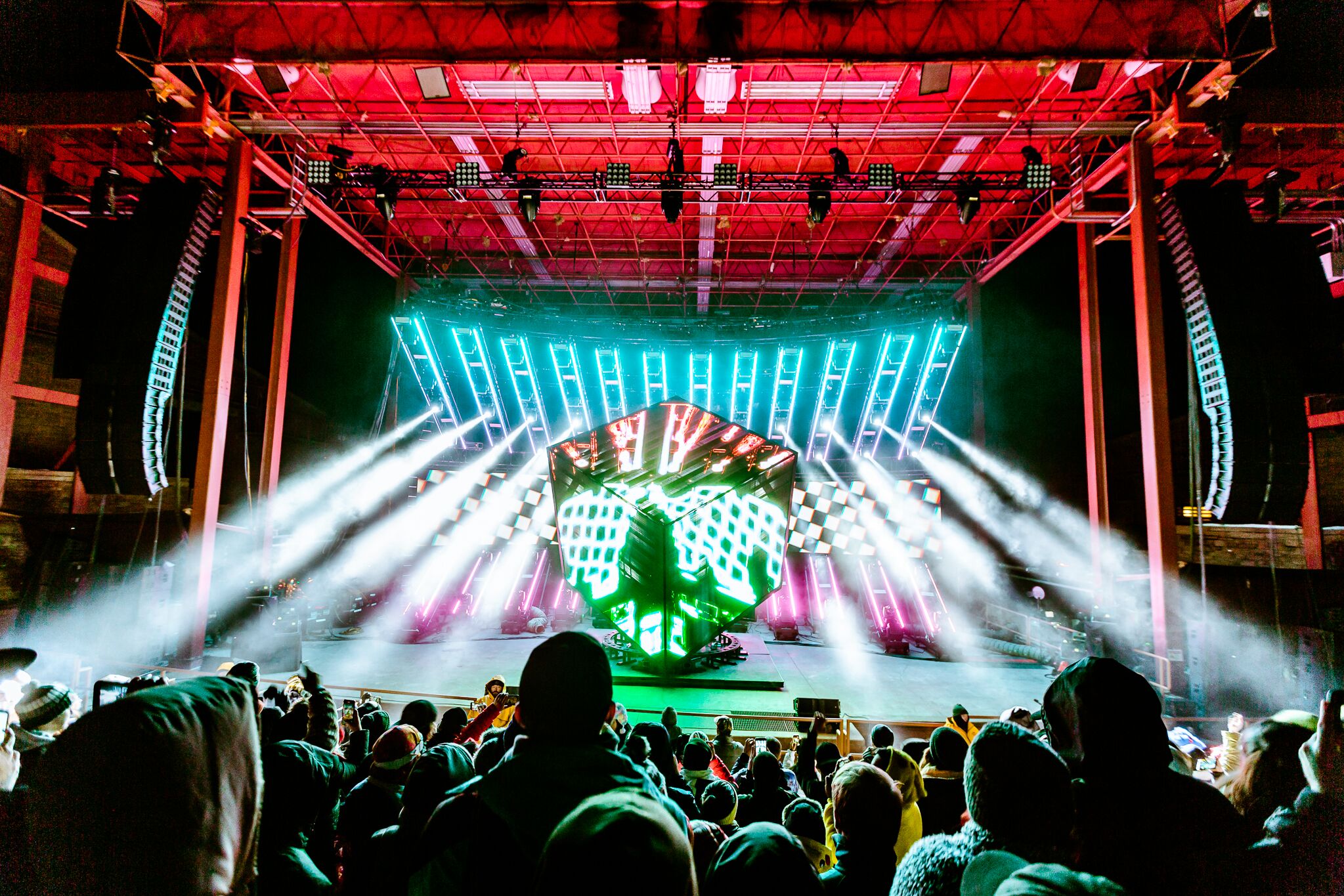 Despite temperatures lingering in the 20s, fans couldn’t be coaxed out of showing up for the sold-out performance. DIY mouse ears and costumes flooded into the venue as if a human confetti cannon had malfunctioned spewing glittery and translucent costumed people across the amphitheater. A special Dia De Los Muertos rendition of Deadmau5’s iconic headpiece was projected onto the rocks in moving lasers, steadily etching his figure into the rock face. Groups huddled together in close proximity as the first of the last two shows of 2019’s Red Rocks season got underway. 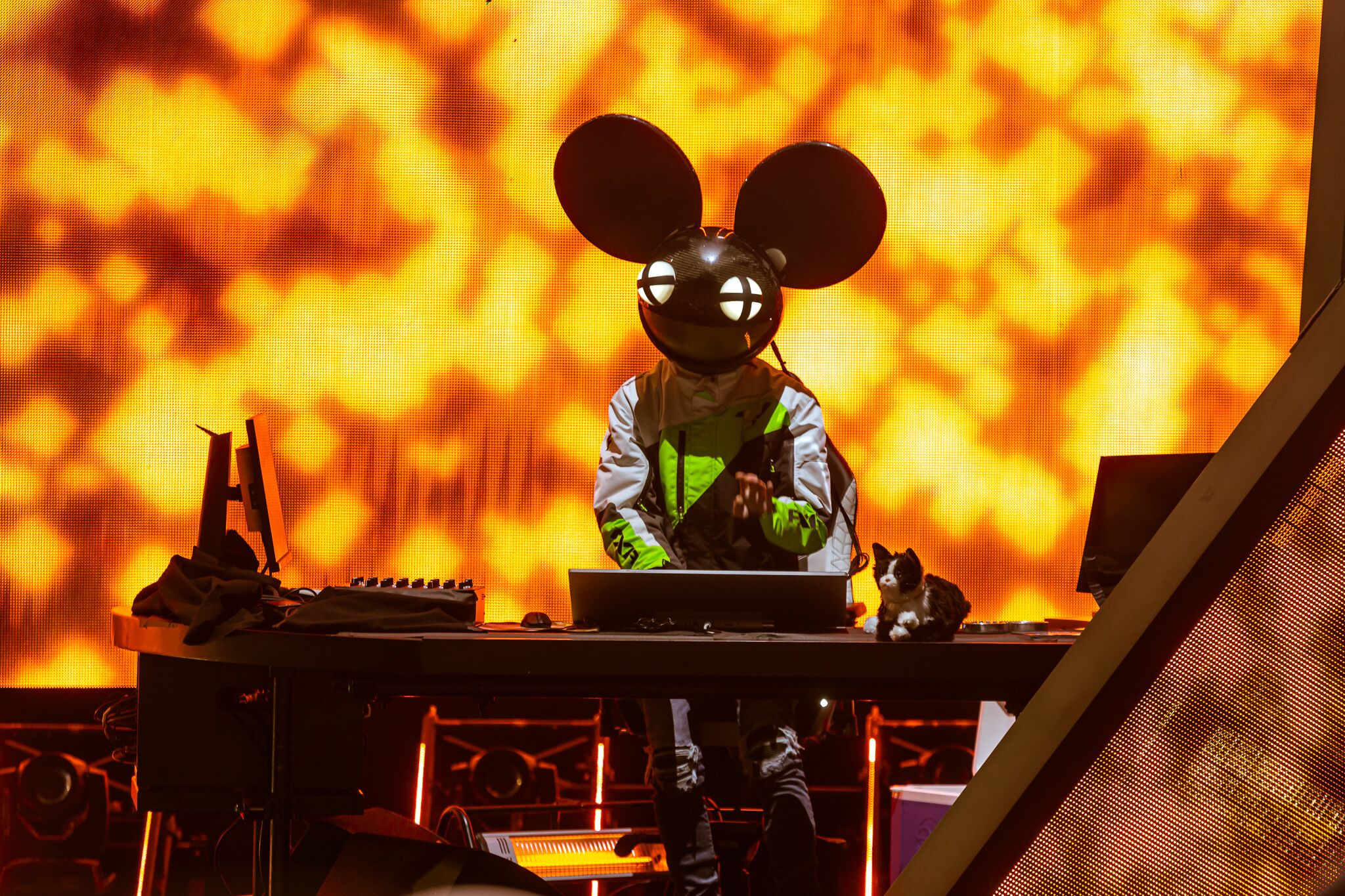 Utilizing minimal lighting and production, opener i_o attempted to warm up the amphitheater, plunging into an array of tech-house stompers. There were brief hot flashes of people dancing through the cold and other moments where fans rallied through the barren performance, but being as cold and as unflattering as the production was, i_o’s attempt was fraught from the jump. The music and the vibe felt far more suited for the closed quarters and steadfast conditions of a traditional club. Ripping the top off his club intentions and facing the inclement temperatures, it was a struggle to connect, and the longer it continued, the worse it got. 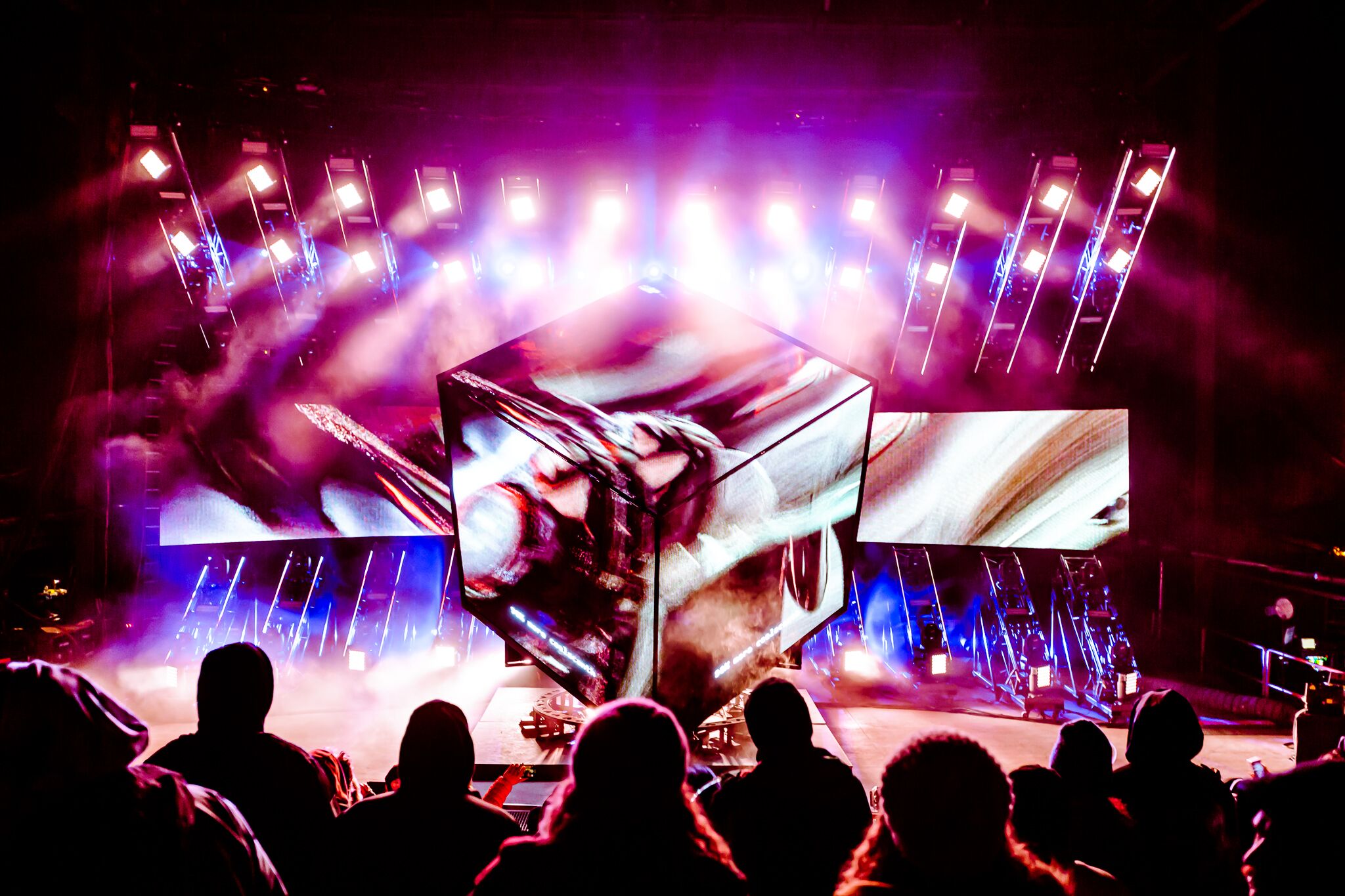 When the time came for Deadmau5 to finally take the stage, full production and guns blazing, of course — hope returned that the night could get back on the right path. Watching the third iteration of The Cube become emblazoned with visuals and the LEDs at his back finally light the stage, the crowd lept up and held their breath for Deadmau5 to set things in motion. What could have and should have been an immediate whiplash contrary to the slow build of what came before didn’t pan out that way. Instead, Deadmau5 opted for a slow burn of a techno song, stretching what little the crowd had left into a tune that felt akin to something you’d hear in Stranger Things. But, the retro-futurism didn’t stop there. Tron-like grids and technicolor patterns enveloped the Cube and all the screens behind it, as well as Deadmau5 who was hidden from the crowd for the majority of the performance. While unpredictability is Deadmau5’s forte, no one could have predicted that the show would, at its worst, feel so disconnected. 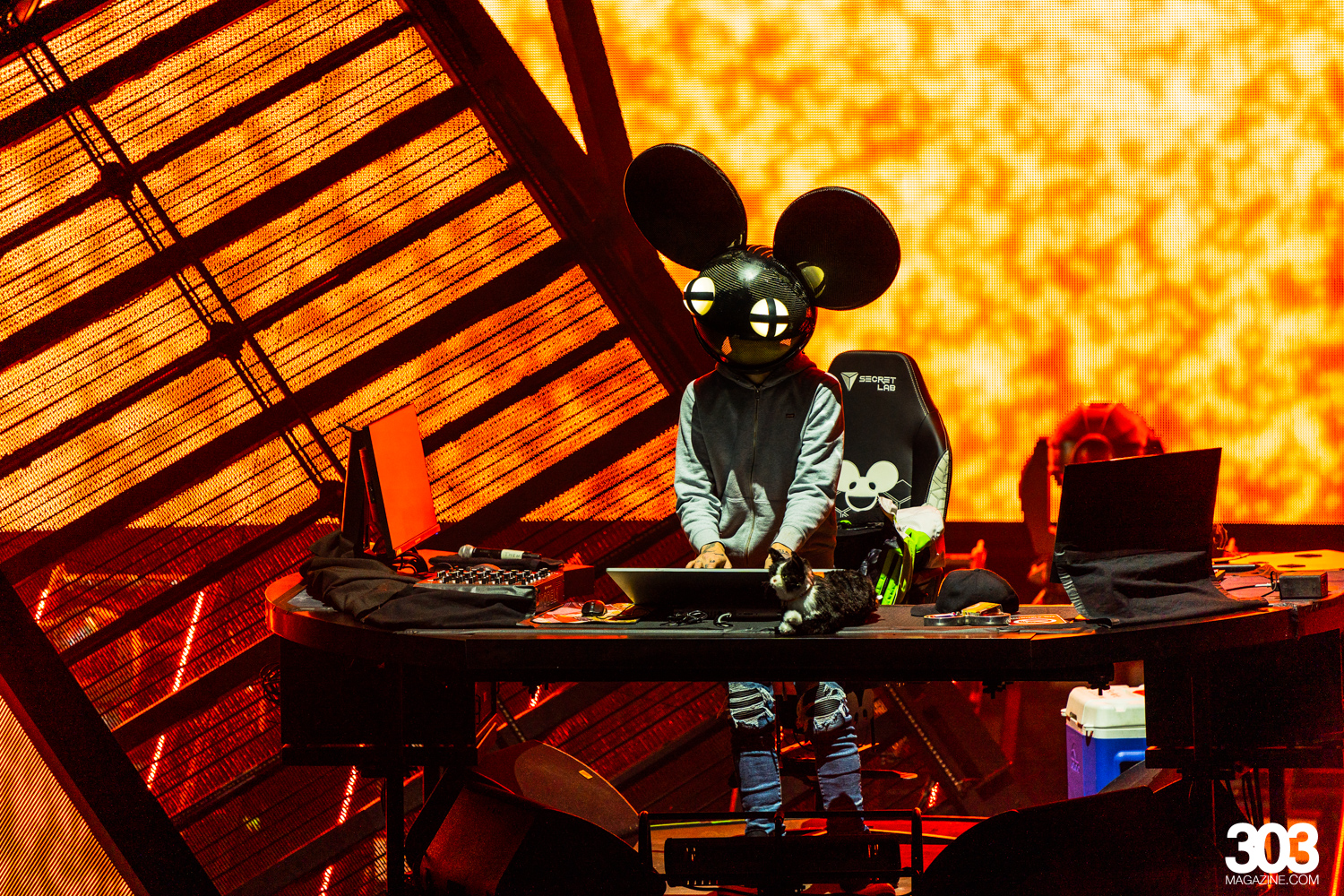 Every once and a while, The Cube would rotate and reveal the DJ behind it, but far too often did onlookers question whether Deadmau5  was even there in the first place. Messing up and having the sound cut off entirely during “Ghosts ‘n’ Stuff” didn’t help his cause either. The redeeming moments — a rare cameo appearance from Lights performing “Raise Your Weapon” alongside Deadmau5 and the familiar “hits” were pleasant distractions but ultimately couldn’t remedy the unfortunate pacing of the show, which for all intents and purposes sucked the energy from the amphitheater. With the weather being what it was and the need for momentum, Deadmau5’s production, despite its abundance of lights and visuals, ultimately left Red Rocks in the cold.