Zeppelin Station’s “Made In A City” series will jet-set once again, but this time, all eyes are set on Los Angeles. To date, the program has taken guests to locations like Mexico City and Reykjavik, through an immersive journey of retail, design, art, food and beverage. Made in Los Angeles will feature 15 retail brands, photography workshops, art, Californian-inspired eats throughout all the Zeppelin Station’s concepts, bar takeovers and other activations. 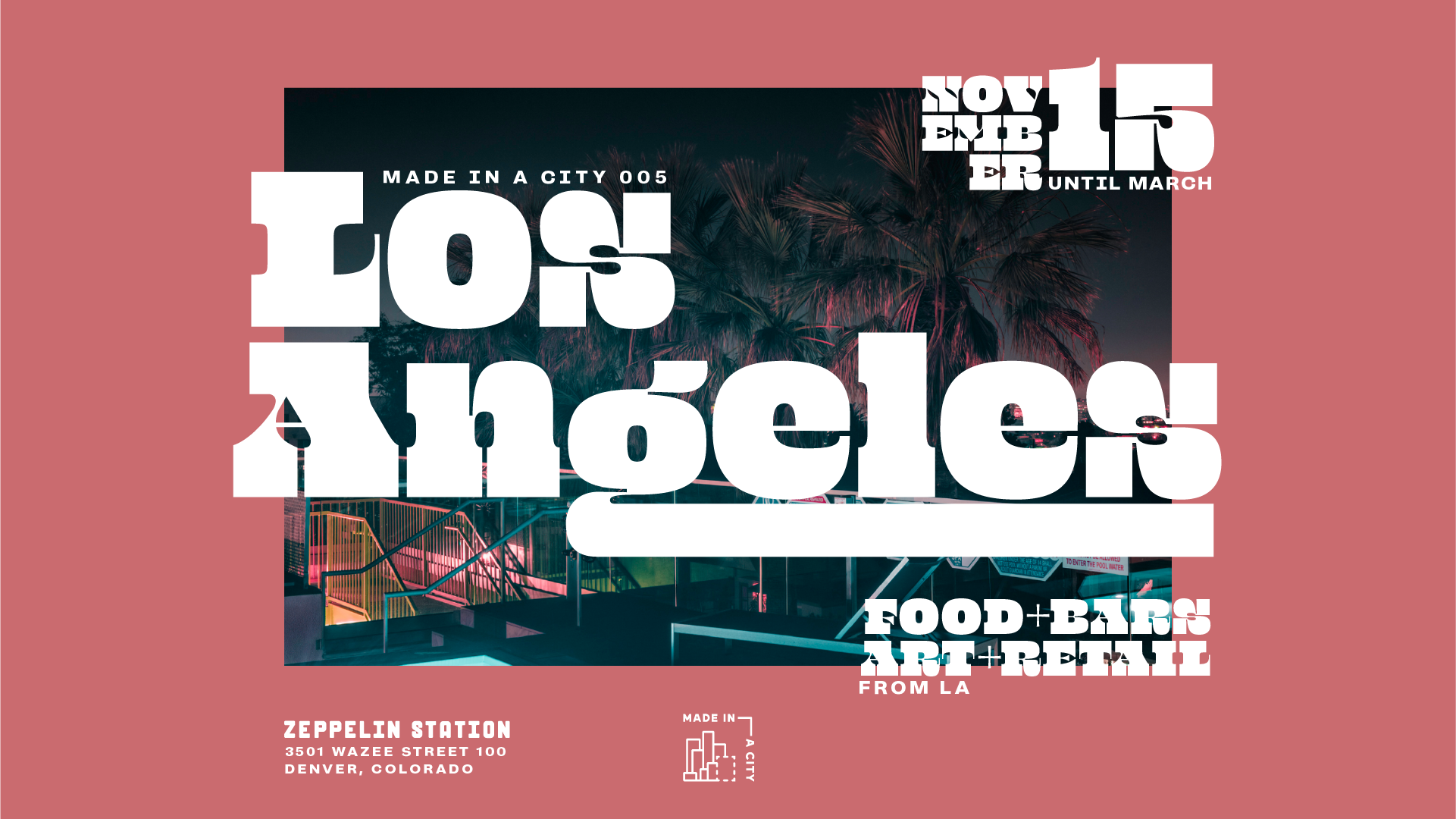 LA-based photographer Jeff Davenport, who made a name for himself in the photography community with his urban landscape and portraiture work, will be featured prominently in the Made In LA program. Zeppelin Station is also partnering with Leon art gallery on various activations throughout the Made in A City LA run.

The “Made In A City” program is the brainchild of Zeppelin Station’s director of retail experience Mathieu Mudie and was started last year as a way to shed light on brands, food, etc. not usually found in the Mile High City. Made In LA will run from November 15 through March 2020, with the official launch party from 7 – 10 p.m. this Friday, November 15.