All photography by Samantha Hines

It takes a lot of hustle to be a successful dancer. That seems to be especially true in cities like Denver where there’s a smaller audience of regular patrons. While that may make it difficult to find financial success, if you’re the right person it makes it easier to find creative autonomy. It just so happens that Edgar L. Page is the right type of person, which is why he founded the Edgar L. Page: Feel the Movement dance company in June 2018. In just under a year and a half, he and the company have fundamentally changed Denver’s dance scene – not with one grand gesture but with many small, deliberately intimate gestures.

Sitting in the sparsely populated Broadway Market on a cloudy Tuesday afternoon, Page was clearly excited to talk about his budding company. With a new show coming in November called The Intersection of Truth and Beauty, he has good reason to be excited. It’s the company’s second major show and it’s proof that neither Page nor his company exposes any signs of slowing down. 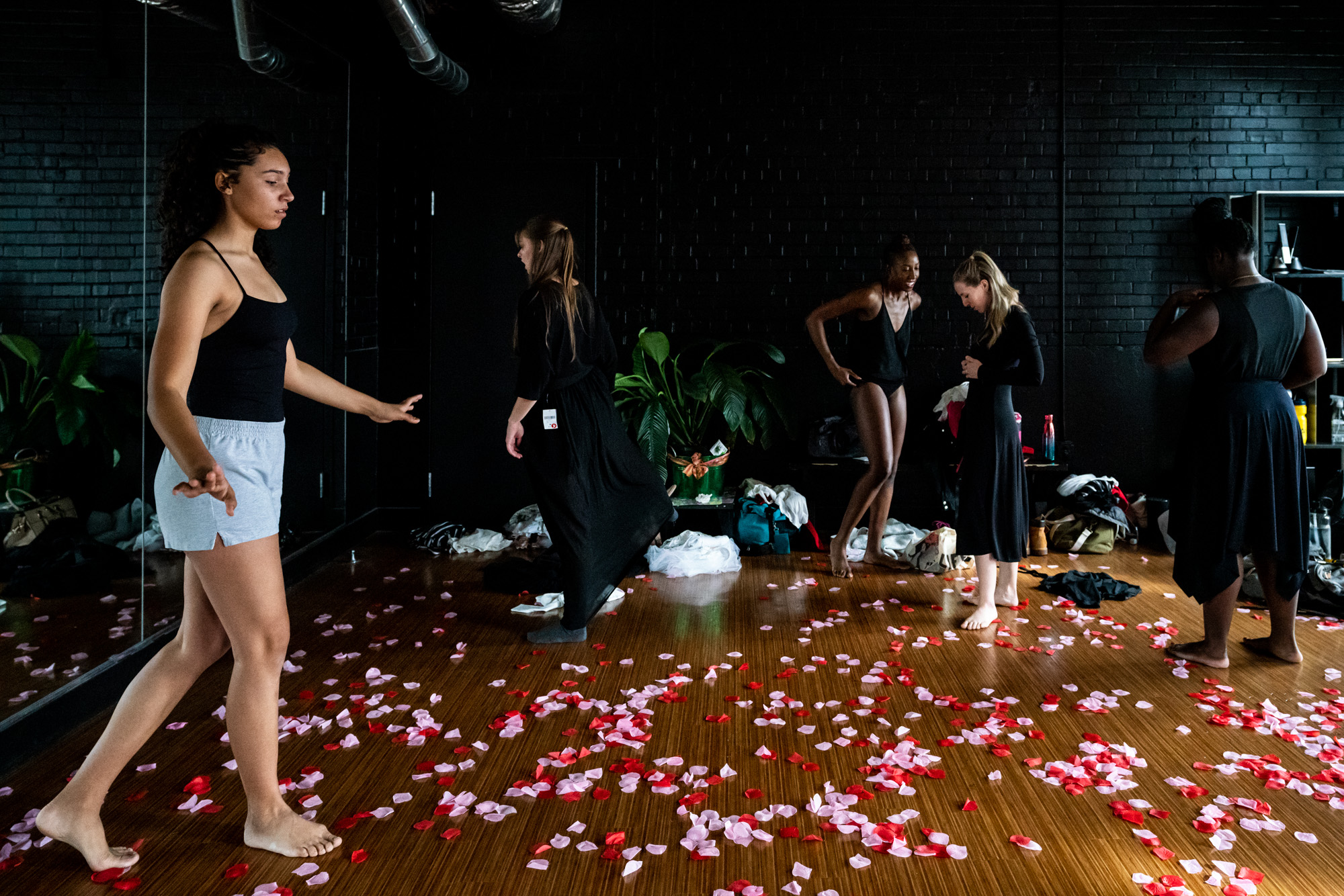 Page moved to Denver more than a decade ago, and his journey to Denver through dance has shaped his unique perspective. It’s not incredibly surprising that someone who was born in Detroit would love music and movement, nor is it surprising that person would make it to the legendary Cleo Parker Robinson Dance. The nearly 50-year-old institution has long been a bastion for multi-cultural dance and expression. Page took CPRD’s sense of inclusivity and began to carve out a path for himself.

“After my tenure with Cleo’s, I decided I need a different outlook on art,” said Page. “I was looking at my own experience with dance and seeing the same thing. You often see these beautiful white bodies that are shrouded in youth and there’s this archetype. If you don’t fit the archetype, you don’t belong.“ 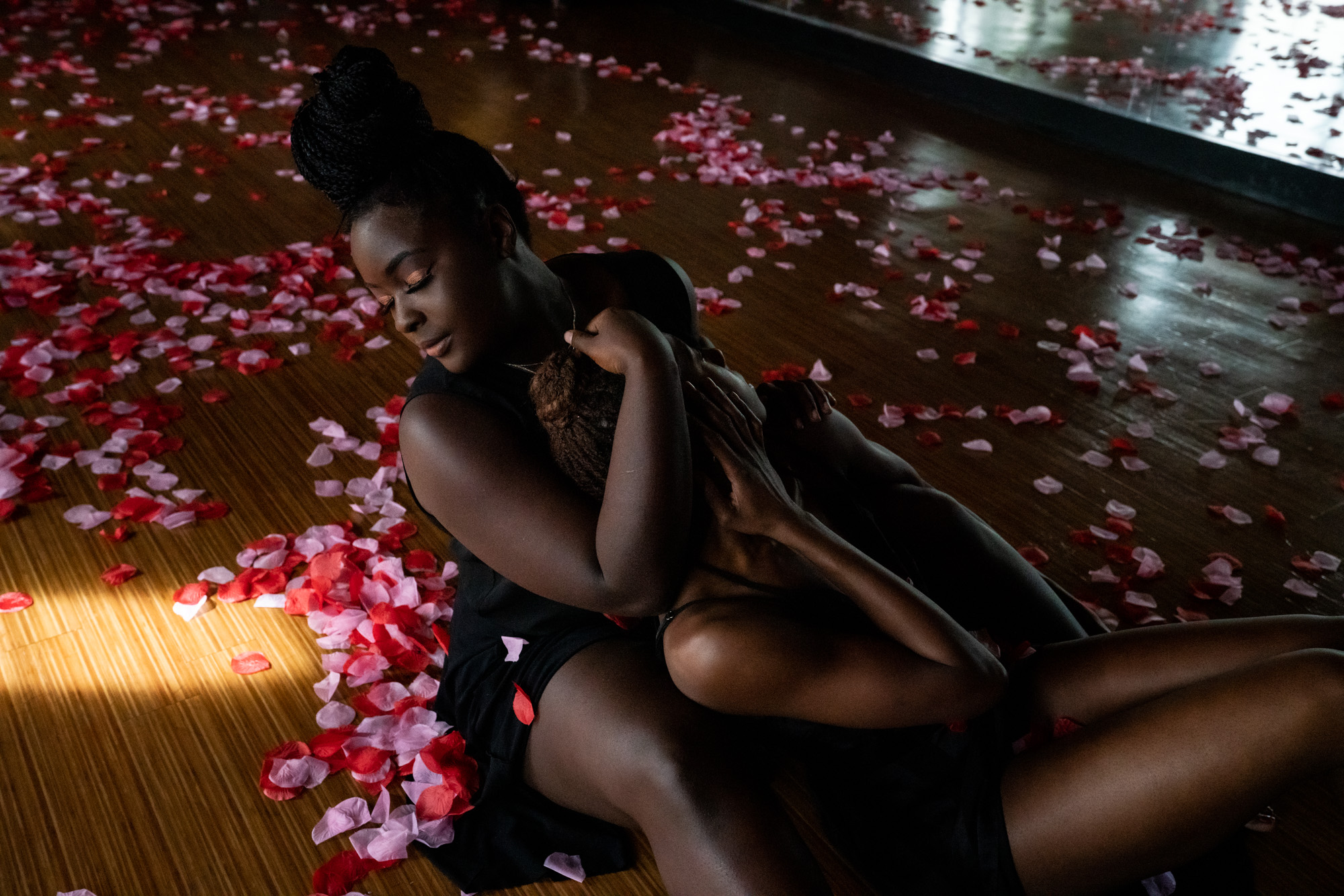 Page had conversations with people from all walks of life and noticed that a lot of dancers feel that way. Dance is meant to be a form of expression and can be a wonderful way to confront demons and heal yourself. But that proved to be difficult to do in the professional dance world.

“A lot of dance companies and people preach about the healing power of art, but they’re still producing the same rhetoric,” said Page. “With Edgar L. Page: Feel the Movement, I wanted to really look at, how do you actively heal from the thing that you love that also becomes the thing that destroys you? How do you continue to produce in an industry that says, ‘You’re not it,’ but you’re saying, ‘No, I still really want to offer something to this lexicon’?”

For years it’s felt like every dance company – every company, really – tells us that they value diversity and inclusivity, which is undoubtedly worth celebrating. But how many of them are actually walking the walk? One look at many of their stages tells us that not many are (beware the token Black dancer). This is especially true for many contemporary dance companies with classically trained dancers. While it may be easy to blame this disparity on institutional racism, the reality is far more complex. 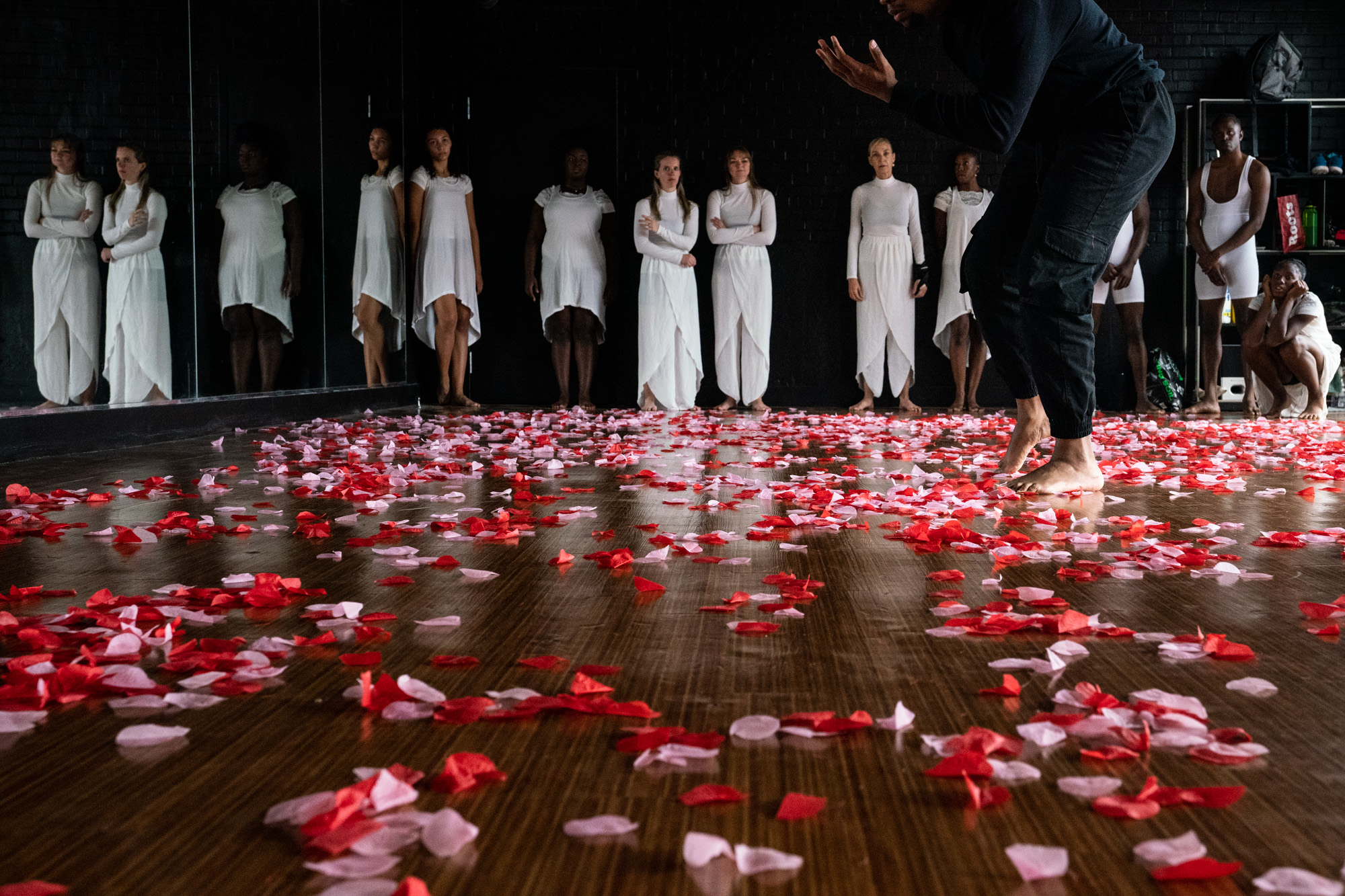 Archetypes in art aren’t new, but they’ve also been challenged on various levels in most mediums. That’s a difficult thing to do in dance because of its combination of artistry and athleticism. If you’ve ever watched any documentary on ballet, or even if you’ve watched Center Stage, you know that there’s an “ideal” body type that has traditionally been successful in dance. That expectation has historically favored young, slender, long but not necessarily tall bodies. It’s an expectation that favors white bodies, especially when dancers start training so young.

The best way to combat those archetypes is through representation and conversation. That’s why it was such a big deal when Misty Copeland made history in 2015, and it’s why Page started his company. Actually, it’s how he started dancing in the first place.

“Part of the reason I started dancing was because I went to a performance and actually saw someone who looked like me dancing,” said Page. But it wasn’t enough for him to just dance; his true release came when he learned how to use his voice. Now he’s showing others how to use their voice through dance. 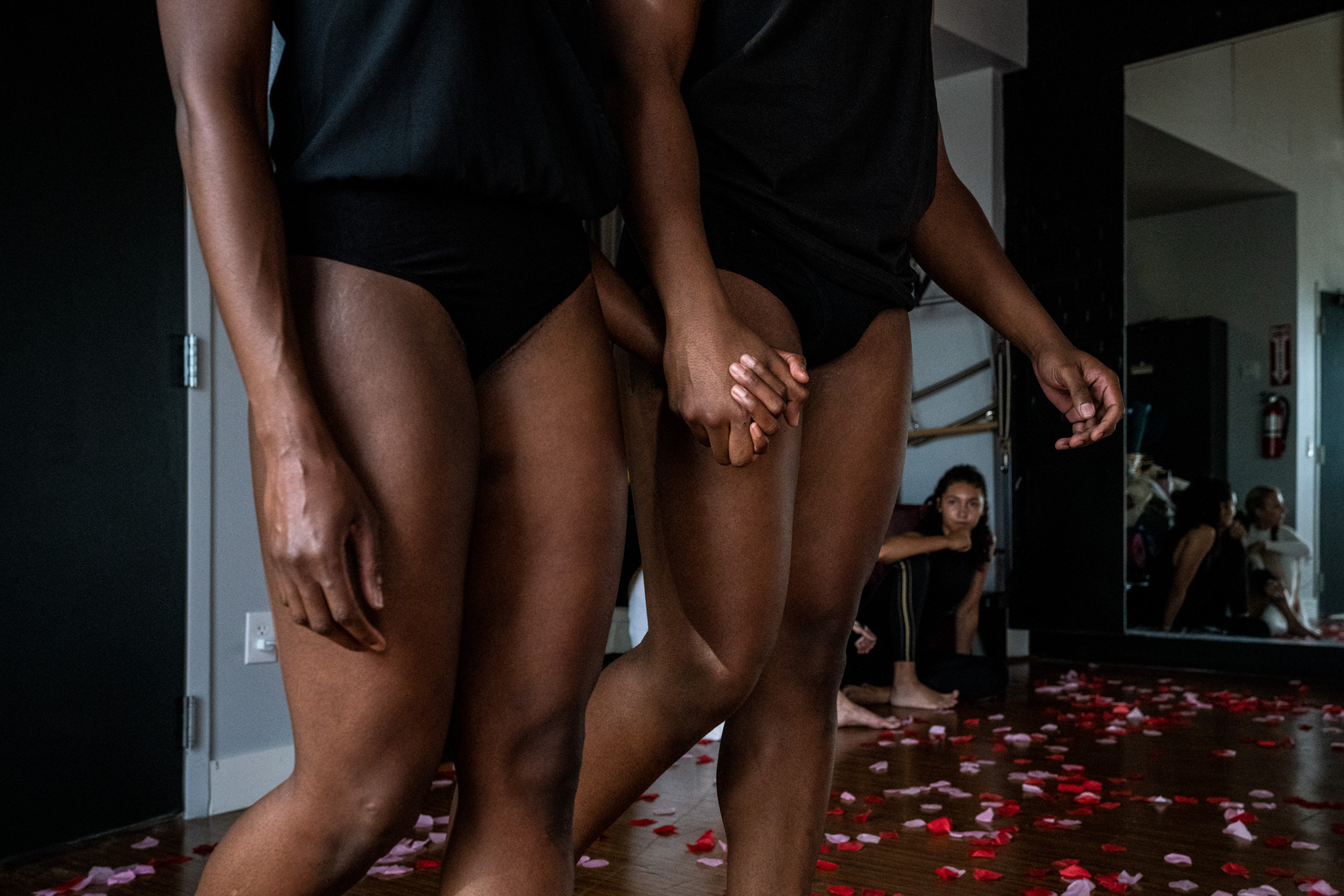 “It’s incredibly humbling to sit and tell someone who you are through movement because it really drives the point home,” said Page. “With words, we can trick ourselves and we can choreograph words to sound so lovely. But sometimes with movement, it’s so pure and raw that you say, ‘Oh, my god, I know that, I’ve felt that, I’ve seen that, I’ve lived it.’”

Of course, that’s where the name of the company came from: feeling the movement. That seems like a straightforward concept, but it’s difficult for other companies to actually do. Most dances start with the choreography and then tailor the movement to the dancer who’s been cast in the part. Page flips that by starting with the story and then building the dance from the emotions the dancer wants to project. It’s a process that has set Page’s company apart from others and we’ll dive into it more a little later, but it’s also the reason that diversity plays such a crucial role for every show and every class.

“I started to look at those things differently and looked at my own experience and asked myself one day, ‘What would have happened if I had sat and listened to someone who said I wasn’t going to be able to get a job or make it as a dancer?‘” said Page. “With that in mind, I started seeking out other dancers or former movers or moving enthusiasts who were told, ‘This isn’t for you. You don’t have the look, you’re too short, you’re too big, you’re too anything.’ And that surprisingly yielded so many stories and people who just had so much that they wanted to say but they had this love/hate relationship with dance.” 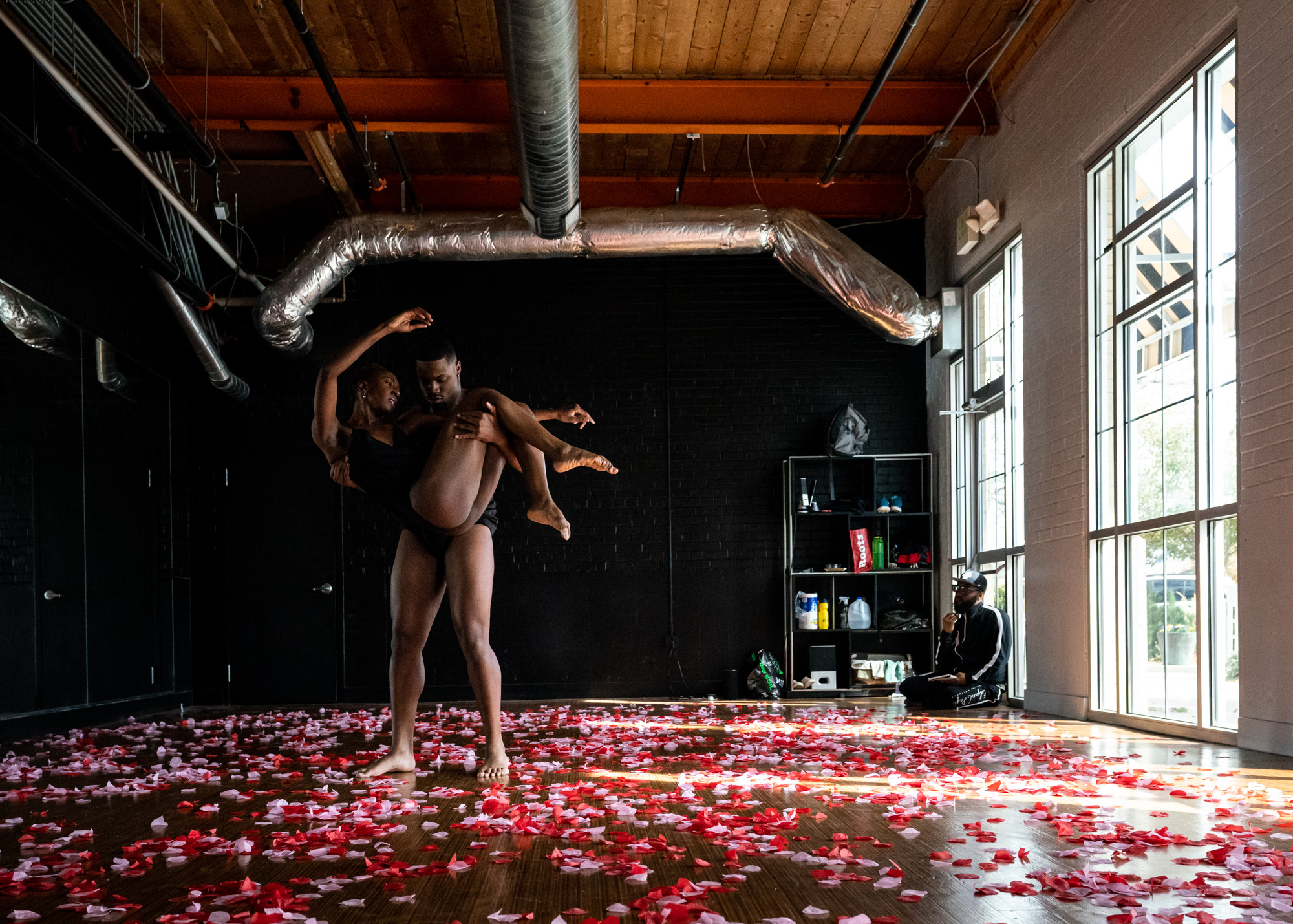 That’s how Edgar L. Page: Feel the Movement became an open door for people of all ages, shapes, sizes, and backgrounds. The company currently has dancers and movers that range from ages 14 to 56. There are dancers who have 15 years’ experience and dancers who’ve had one class. They’ve even changed costumes in the past because they couldn’t find sizes for everyone. For Page, it doesn’t matter who you are, what your background is or how long you’ve been dancing. All that matters is that you have a story to tell and whether you want to tell that story through dance.

The company’s first major show took place last year and effectively introduced Page’s unique approach to dance as an art form. That show, aptly titled Feeling of an Emotion, demonstrated Page’s ability as a choreographer to combine movement with emotion and The Intersection of Truth and Beauty will continue that effort.

“We look at how to connect with the viewer at the most basic level through emotion,” said Page. “I think dance has become so abstract that it may be beautiful to watch these bodies do things that no one else can do or only certain people can do, but it also produces that same thread of being elitist and not for everyone. So I strip it down to look at the movement and give it a real emotionality so you can see yourself truly in this experience.” 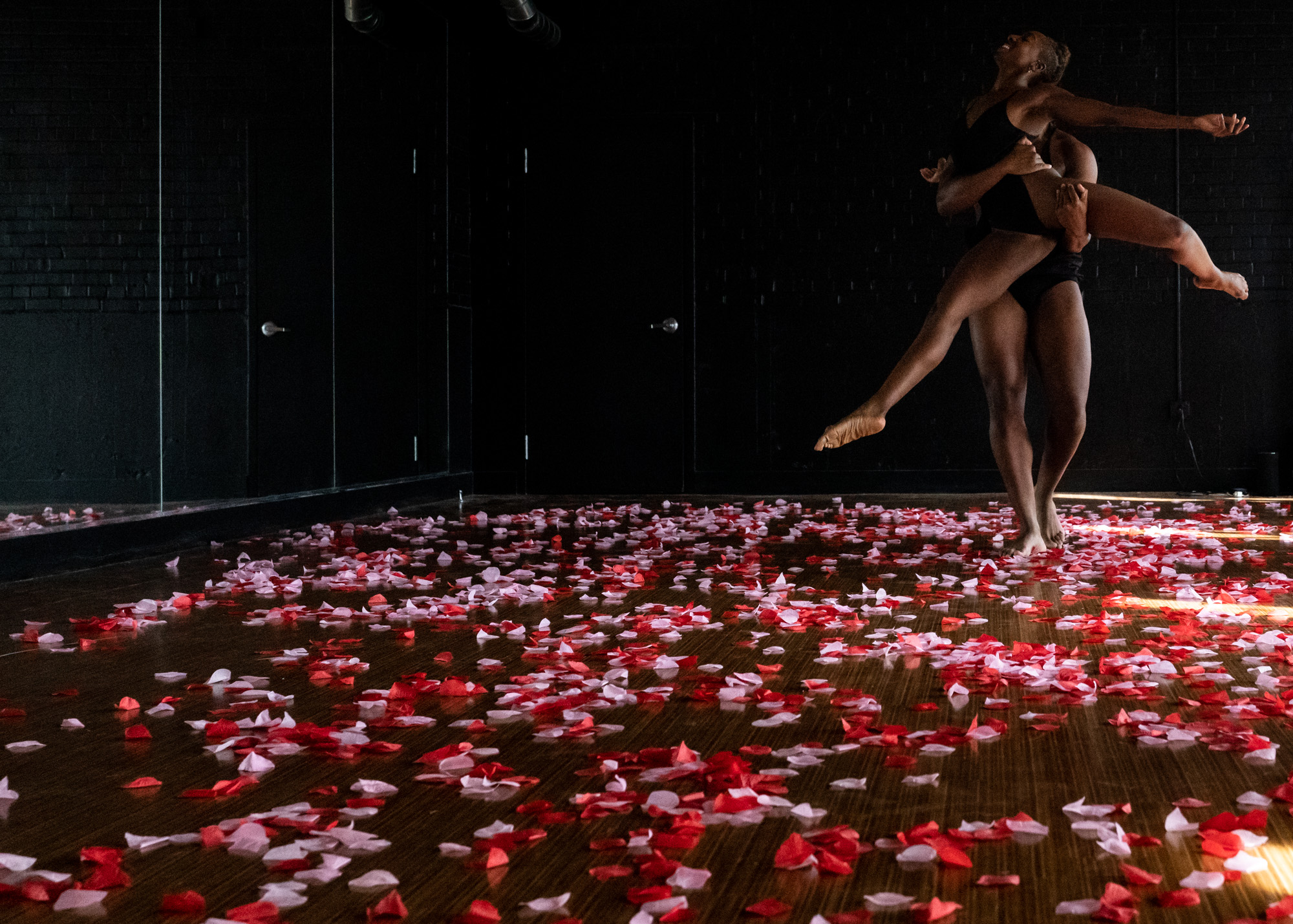 Each dance starts with a dialogue and grows out of how far each dancer wants to divulge to an audience. From there, they figure out the key elements from the conversation that make an authentic story, whether those are the emotions, the feelings or the phrases. They then start to pull out more depth in movement and mold the narrative into a choreographed dance.

“We go to great lengths, my associate artistic director and rehearsal director Saidiya Imari and I, to ensure that it’s a safe space so that you can touch different things that may inspire emotion. We are not afraid to have tears in the process, we will always wrap the experience in love. You are never forced to share more than you want to share. You’re also never required to always share,” said Page. 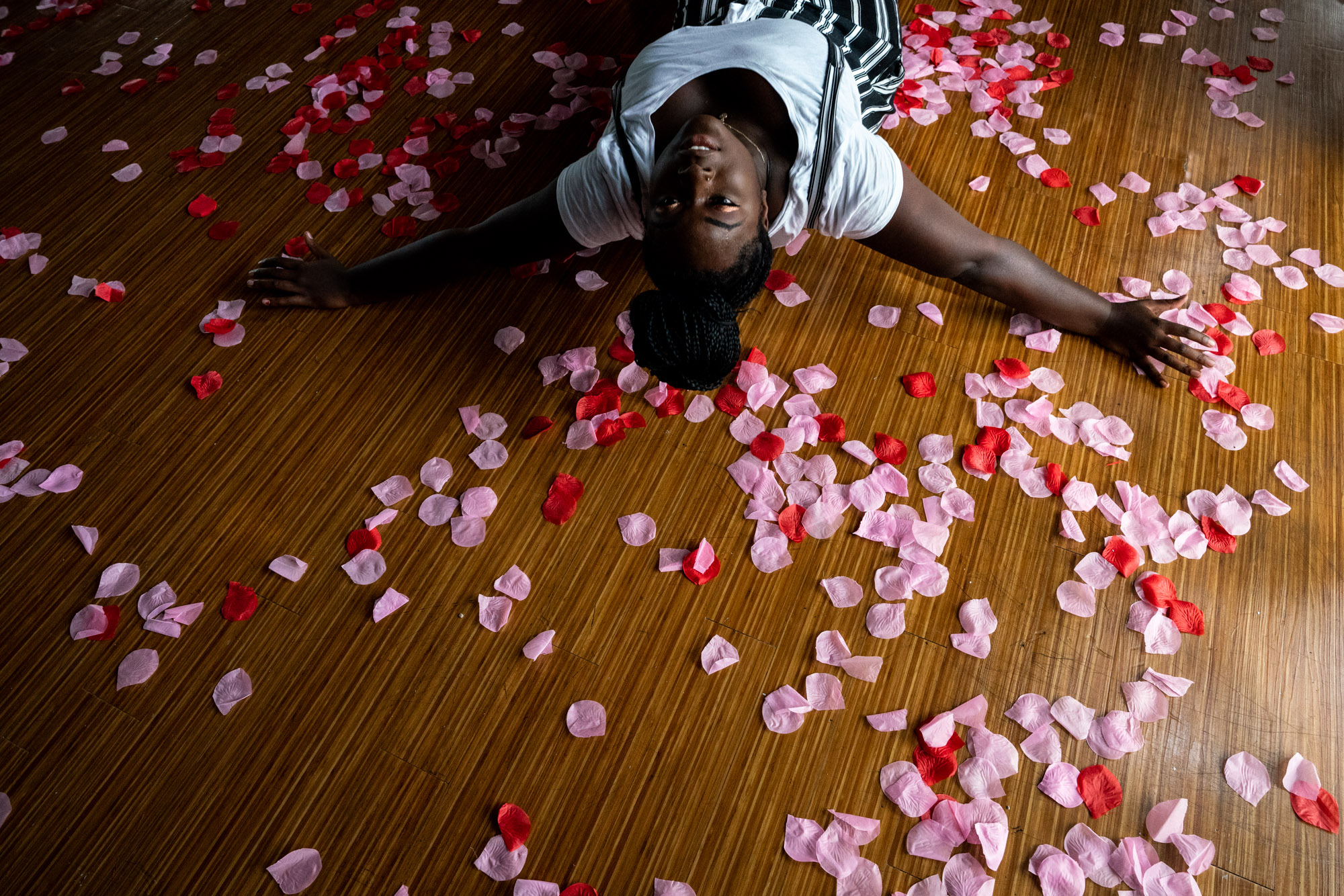 For this year’s show, each dance is centered around how we deal with social dichotomies in everyday life. That confrontation of dichotomies has brought together a myriad of mini-themes that the company will explore during the show. From social media to youth suicide to sexual assault to self-acceptance, The Intersection of Truth and Beauty will not shy away from uncomfortable and very personal topics. But Page is hoping that putting that emotion on stage will spark even more conversation within the community.

“I can always talk about me, but how do we shift that so that you’re comfortable talking about you?” said Page. “How do I break down those walls by sharing myself?”

The show is on November 29, otherwise known as Black Friday – yet another dichotomy that Page is confronting. “I wanted to actively combat this idea that Black is bad and also whether we can use this time of ‘Thanksgiving’ to celebrate who we are as human beings, as a culture, as a city,” said Page. “I think that we just need to change the idea of what Black Friday means to us and what you choose to support with your capital.”

Like many young, small not-for-profits, the future is a little hazy for the Edgar L. Page: Feel the Movement Dance Company. However, that isn’t stopping Page from growing the company and pursuing a bright future. One of his goals is to achieve 501(c)(3) status, even if he is a bit wary about the prospect of losing any of his creative autonomy. 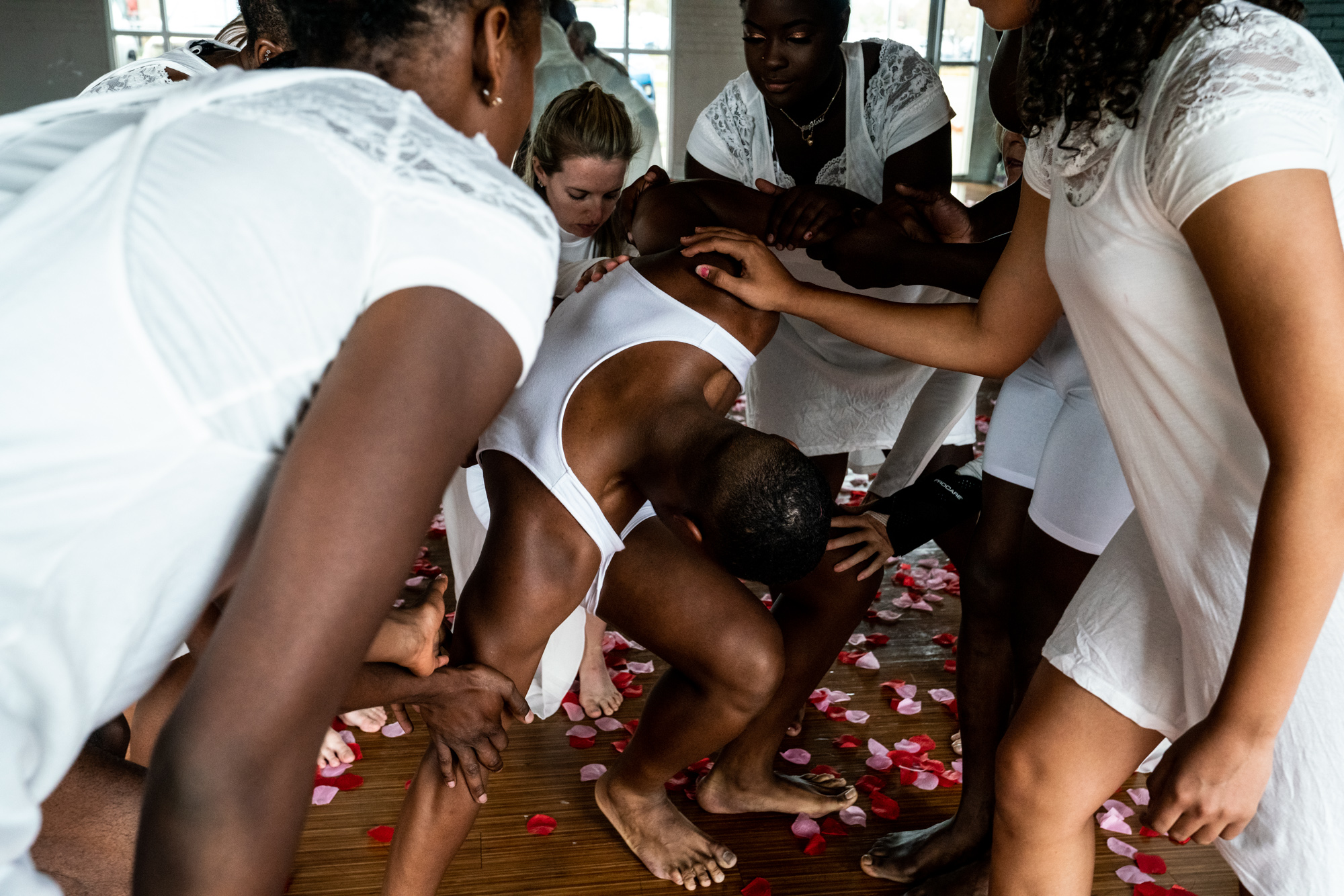 “Right now, I really get to own the whole experience instead of having to answer to a board of directors,” said Page. “I appreciate that for now, but I also know that we’re in the midst of big change and it’s a necessary part of growth.”

Ultimately, the true vision for the future reflects Page as a person and his journey up to this point. “My ultimate goal for this company is really to have it represent everyone,” said Page. “Although we look like a microcosm of Denver, I just don’t feel like it’s complete. I think there have to be more voices and more variances. For instance, I would love to have individuals who identify as trans, but I understand that that’s a whole other physical dialogue to speak to.” 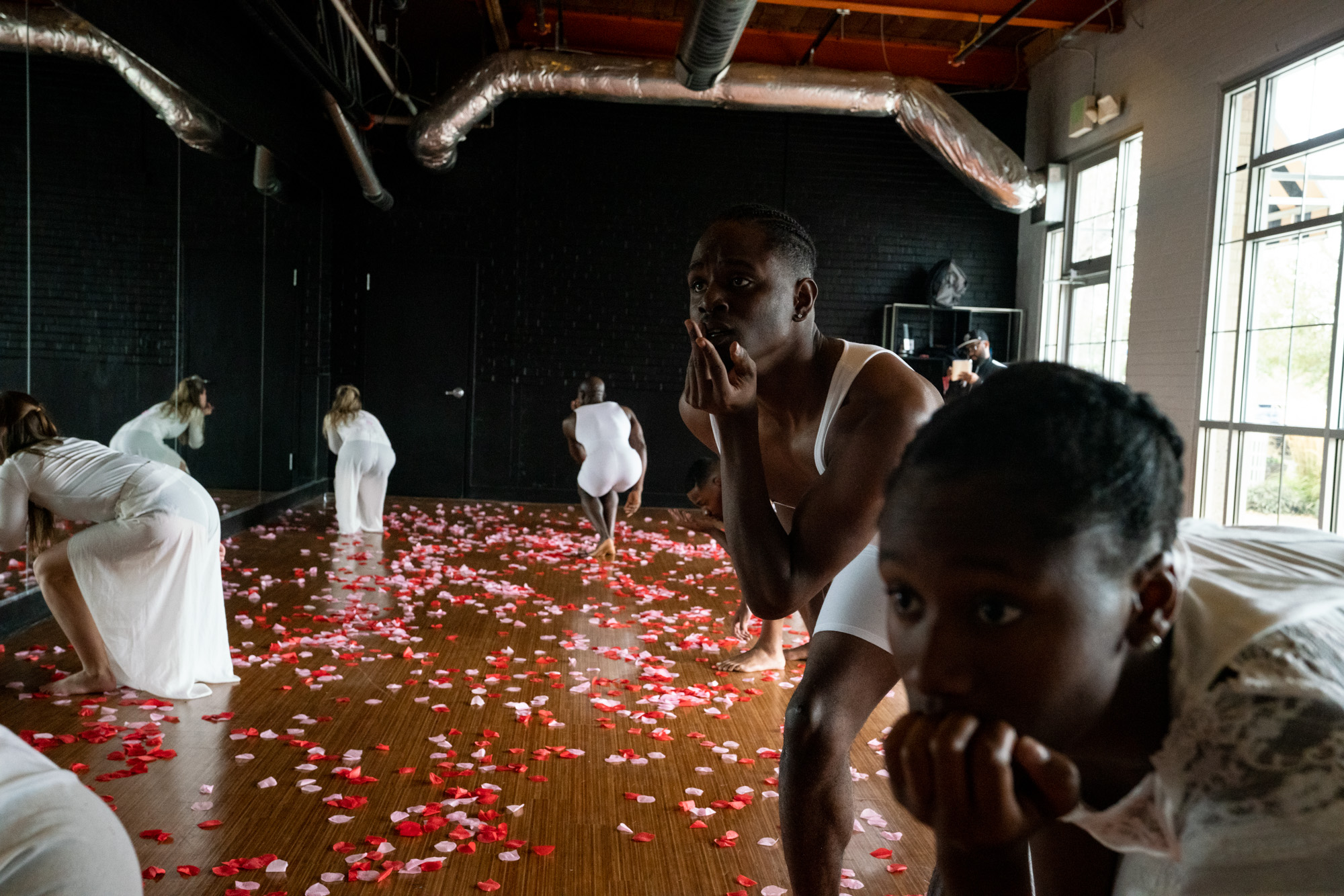 “We are a small company, we are relatable and functional. I make it a point that if anyone wants to come in, even just to watch, we can make that happen. It’s important because you have to know what it means to come into a space where everyone is truly welcome and where your safe space and intimate safety are priorities.”

The Intersection of Truth and Nature will take place on Friday, November 29 at 7 p.m. at The Studio Loft, 1080 14th Street, Denver. Tickets are $15 and can be purchased here

All Photography by Samantha Hines