Ski season is officially on, and with it comes some serious competition.

After the news broke that Keystone was going to nab the title tomorrow as the first resort to open for the season, Arapahoe Basin pulled a fast one and started running its lifts at 3:30 p.m. to steal back the win. Riders and skiers hopped on the Black Mountain Express to ride the High Noon trail that, according to the resort, was stacked with an 18-inch base of packed powder. 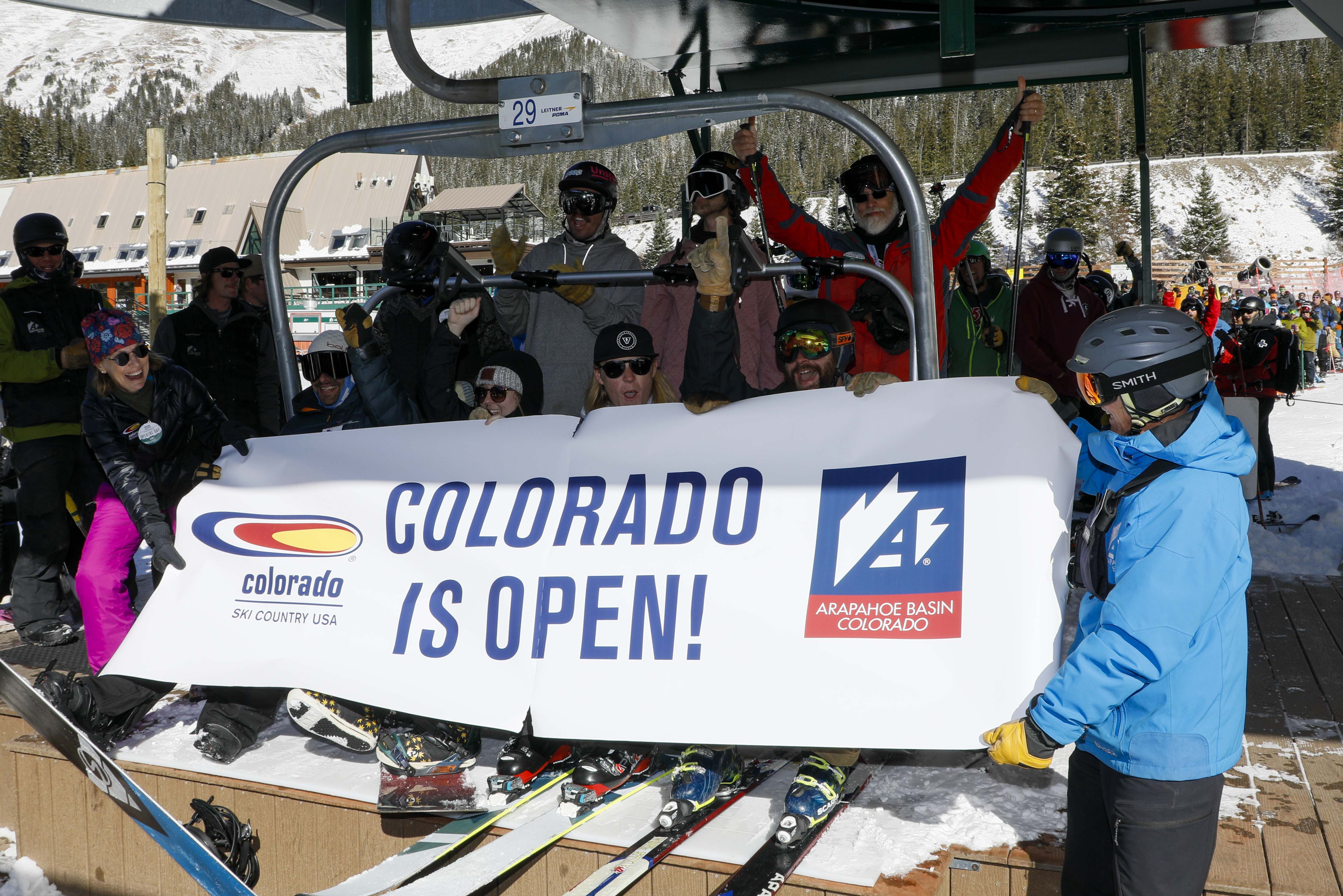 Skiers and snowboarders take the Black Mountain Express chairlift up for the first run of the season on opening day at Arapahoe Basin Ski Area, Friday, Oct. 11, 2019, in Colorado. A-Basin is the first ski resort in North America to open for the season. (AP Photo/Joe Mahoney)

The race to open isn’t new, but it’s been a while since a resort has opened this early. Last time this happened for Arapahoe Basin it was 2009 and 1995 for Keystone. Typically, Loveland or A-Basin takes home the win due to their location on the Continental Divide. So Keystone’s announcement clearly came as a surprise… and a challenge. This news trails a spectacularly long season for 2018-2019 as it ended merely a few months ago with some staying open on the Fourth of July. Hopefully, this signals another long and fruitful winter for Colorado ski country.