The Selfie Museum Opened Its First Location in Denver

Out-of-towners are already setting timers to jump for a pose in front of the “Love This City” mural on North Broadway and strategically fit the Big Blue Bear into the shot, but a new museum in LoDo is making Mile High City photo ops much easier.

The Selfie Museum officially opened on Labor Day in a basement location on Market Street, and tickets are already going fast. As the first installment of a museum concept that’s planning on going nationwide to Seattle, New York and other major cities, the Denver Selfie Museum has opened to a lot of excitement, eagerness to see what’s in store and exasperated sighs. 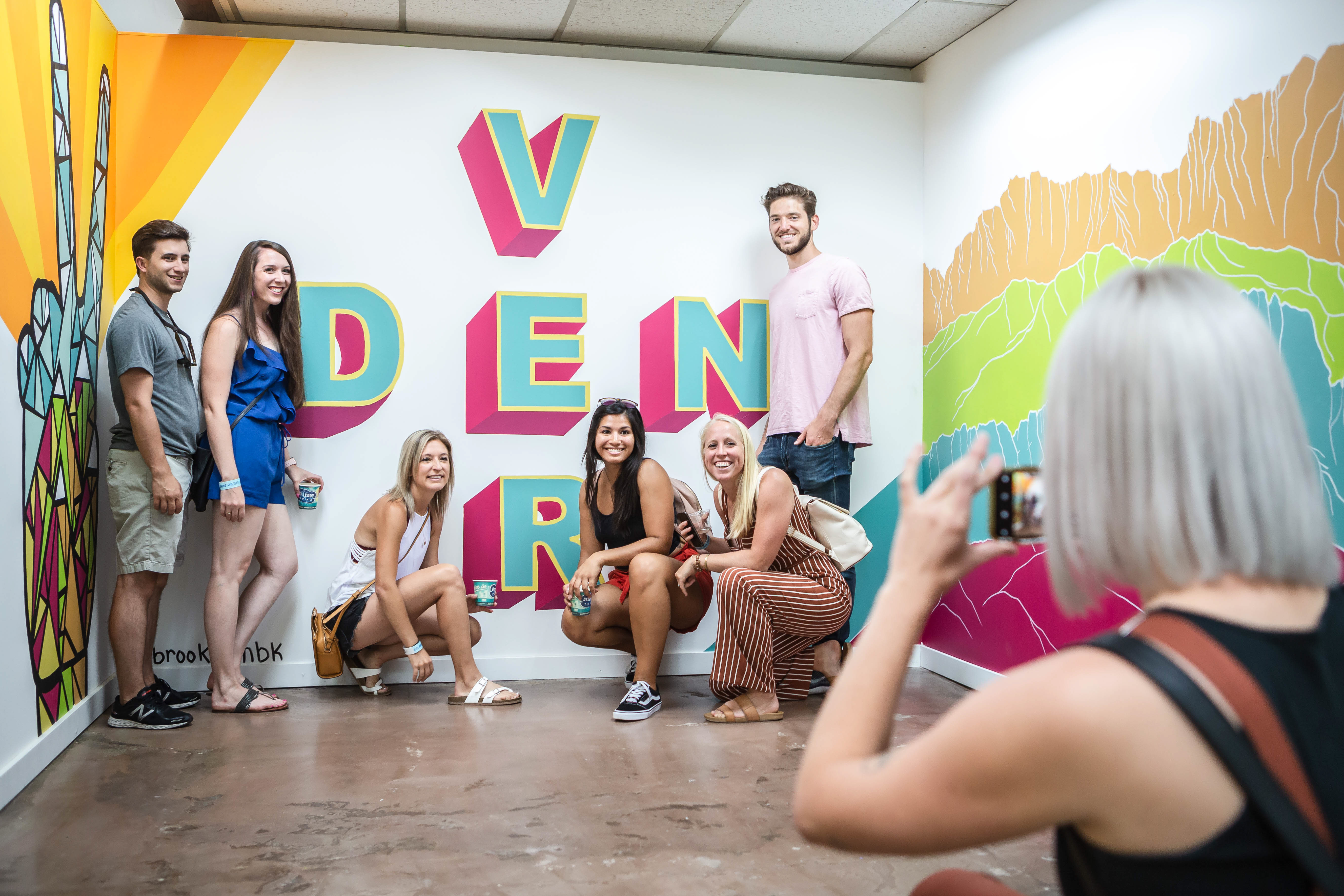 As the main curator for each of the nearly 30 installations, Anderson said she got involved by simply responding to a Facebook Marketplace ad calling for local artists and soon became invested in reaching out to friends she thought would be a good fit for the project. The museum took nearly three weeks to complete, but planning each design took a lot longer. Anderson also personally created three murals herself. Known for creating art using data, she painted a large pop art smiley face with a deceiving meaning.

“It’s about suicide awareness. Suicides happen each day in the United States. There are 130 red dots for each,” Anderson said. In addition to the smiley face, Anderson also painted a peace sign and a Denver wall in what’s referred to as the Denver room. 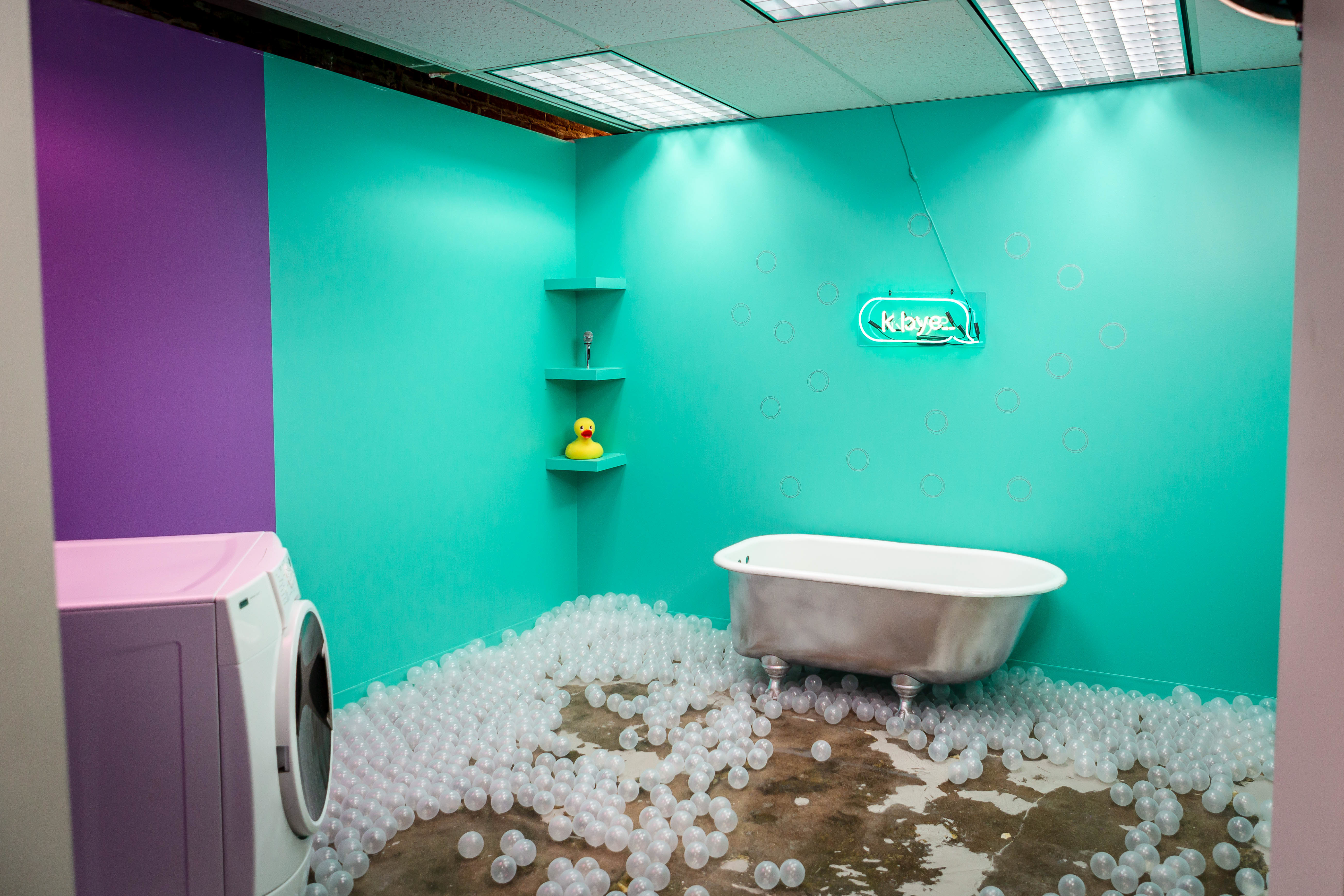 Other artists featured at the museum include Matador Feet, Slive.jpg, Joe Palec, Valerie Rose and Aaron Best. Each artist’s style is original and Anderson says that’s what gives museum visitors a unique walk-through experience of wonderment.

In addition to the Denver room and smiley face, the museum features ball pits, a swinging chair dangling alongside hanging bananas, a mirrored room, and other whimsical installations that really do make interesting Instagrams.

“I wanted to create an experience where people can literally walk into my artwork and just be completely immersed in it,” Keiss said. “People aren’t painting glitch art yet. They’re just making it on the computer using programs. I wanted to be one of the first artists to paint glitch with acrylics and spray paint.” 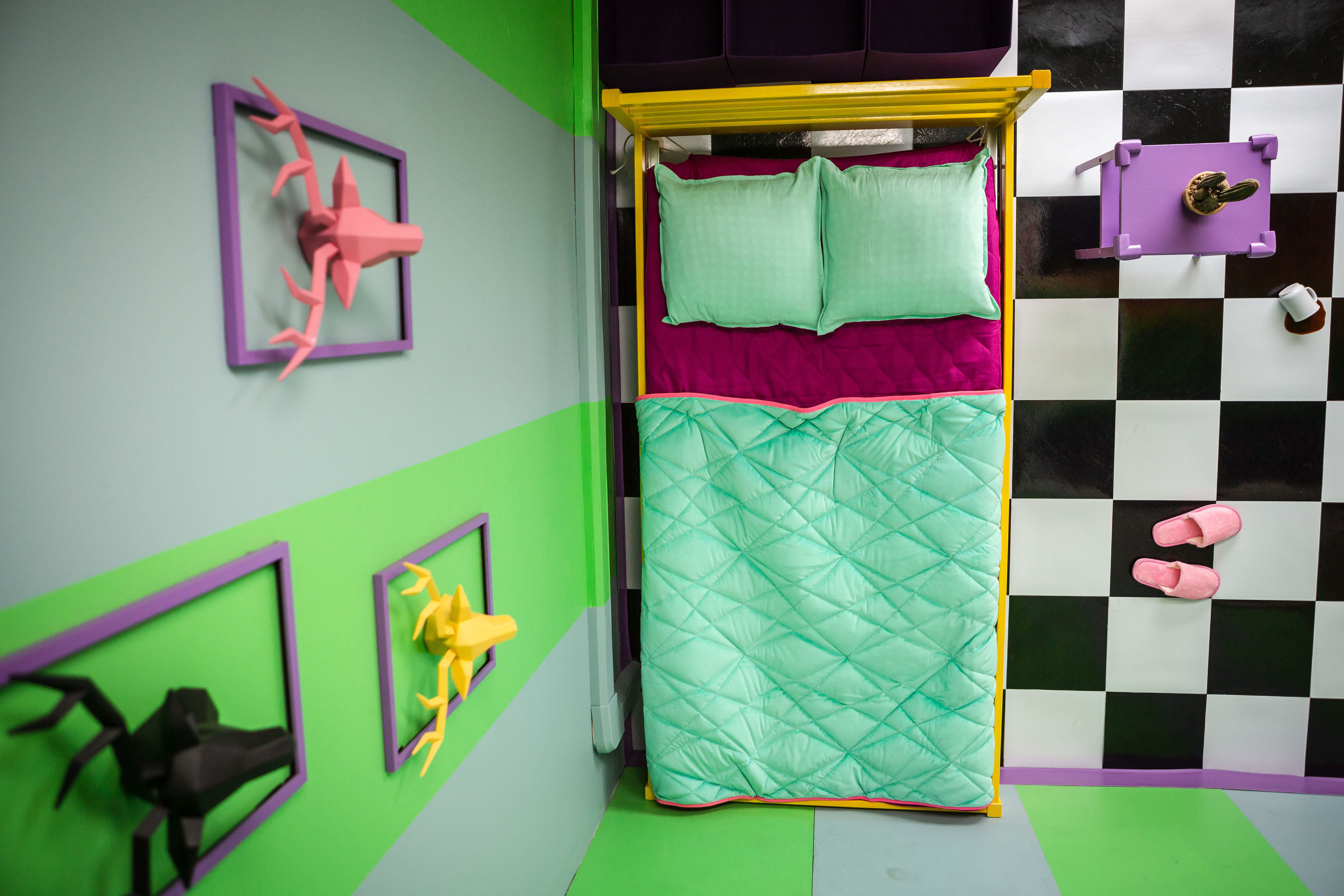 According to Anderson, the installations may rotate out around the holidays. She says the owners have plans to create a holiday-themed museum. It’ll also keep selfie-takers and trendy Insta influencers coming back.

Believe it or not. The feat took a lot of fact-checking.

“They [the owners] did a lot of research on Instagram for it. They took a lot of screenshots from other people who were doing it,” Anderson said.

As for the haters, Anderson knows they exist, but she said that just means people didn’t have a good time.

“I think there are different evolutions of art. This whole trend of street art is our next art movement. With social media, with Instagram, and with people who just want to have immersive experiences — especially millennials, this is where the art world and those personal experiences mesh,” she said.

It’s not like this hasn’t been done before. In Anderson’s opinion, the museum just makes a typical pastime more organized.

“People are already taking pictures with silly things,” she said. “It’s about creating your own experience. You make it [the art] your own. If you walk in here and you hate it, it’s because you didn’t enjoy making it your experience.”

Three Saints Revival Leaves Patrons Dreaming About Their Next Visit

This Week in Concerts – CHVRCHES, Thundercat, Atreyu and More