A lot has changed for rock ‘n’ roll since Elvis shook his hips on the Ed Sullivan Show more than 50 years ago. Since then, the genre has expanded to include subgenres like alternative and indie-rock. The evolution of the genre and the music industry, in general, has brought with it a rise in female-fronted bands — and the enterprise is all the better for it. On Tuesday night, some of those badass ladies showed Denver exactly how powerful female stage presence can be. Opener UPSAHL and female-fronted alternative band PVRIS rocked the Marquis, sending their powerful vocals to war against the equally powerful instrumentals of the band as part of a perfectly choreographed display of pure talent.

Up-and-coming indie artist UPSAHL kicked off the evening with an energetic set that got the Marquis ready to party. The dancey beats complimented her refined vocals, which were pitted against instrumentals that seemed at times as though they might overpower her lilting voice. Fortunately, though she may be a relative newcomer to the music scene, UPSAHL is no stranger to performing. Her voice carried over the audience, prompting fans who knew her music to sing along — serving as the perfect warmup for the main event of the evening. 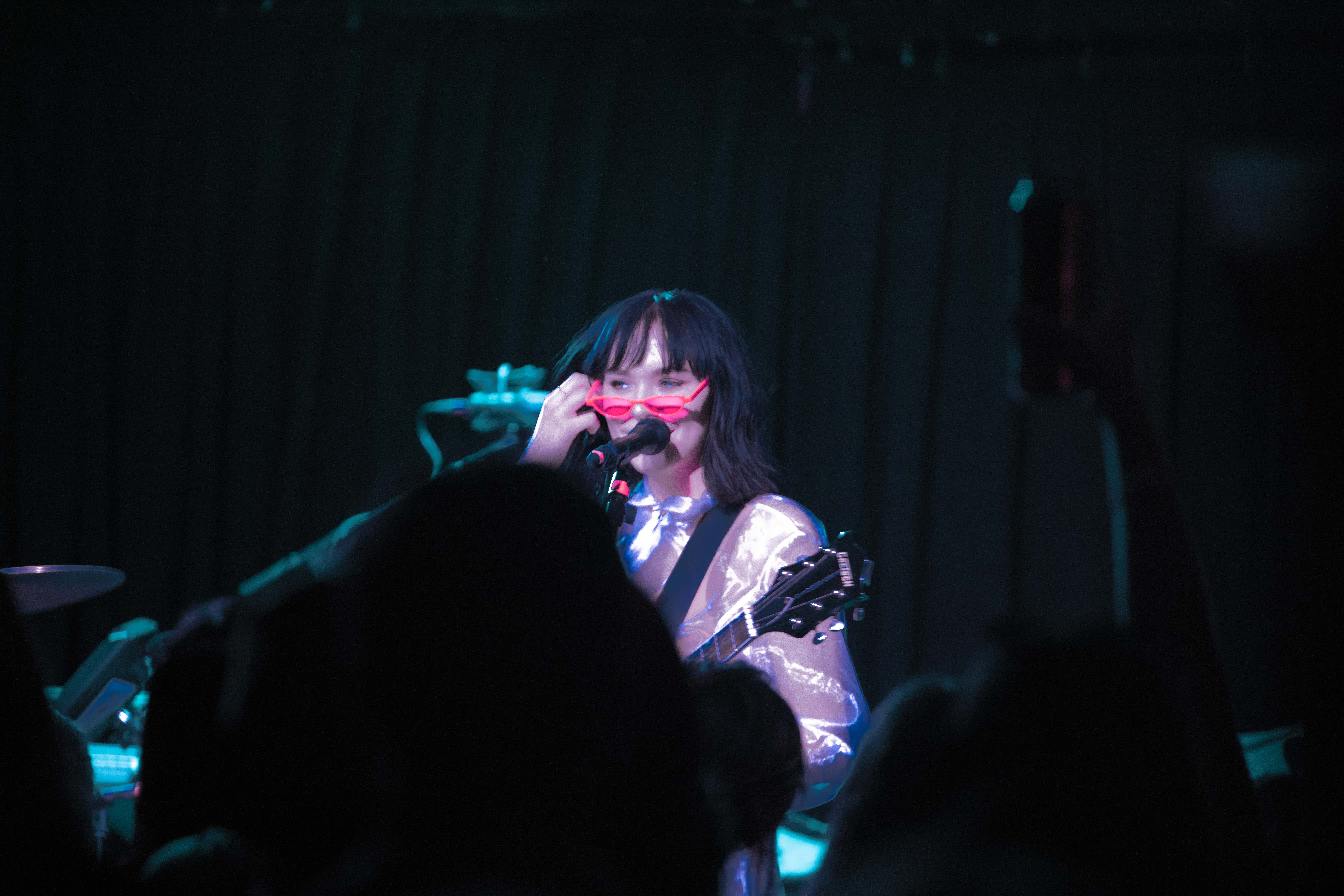 Though PVRIS has made stops in Denver before, something about Tuesday’s performance was special. Perhaps it was the intimate setting, or maybe it was just the excitement of the fans — whatever it was, it was clear that the evening would be unlike PVRIS’ previous Denver appearances.

Just after 9 P.M. there was a change in the air as the buzz of the audience slowly died as fans held their breath in anticipation. When PVRIS took the stage the silence dissipated as the audience erupted into cheers. Shrouded in a veil of darkness, the trio immediately launched into the first songs of the evening, and the party commenced. 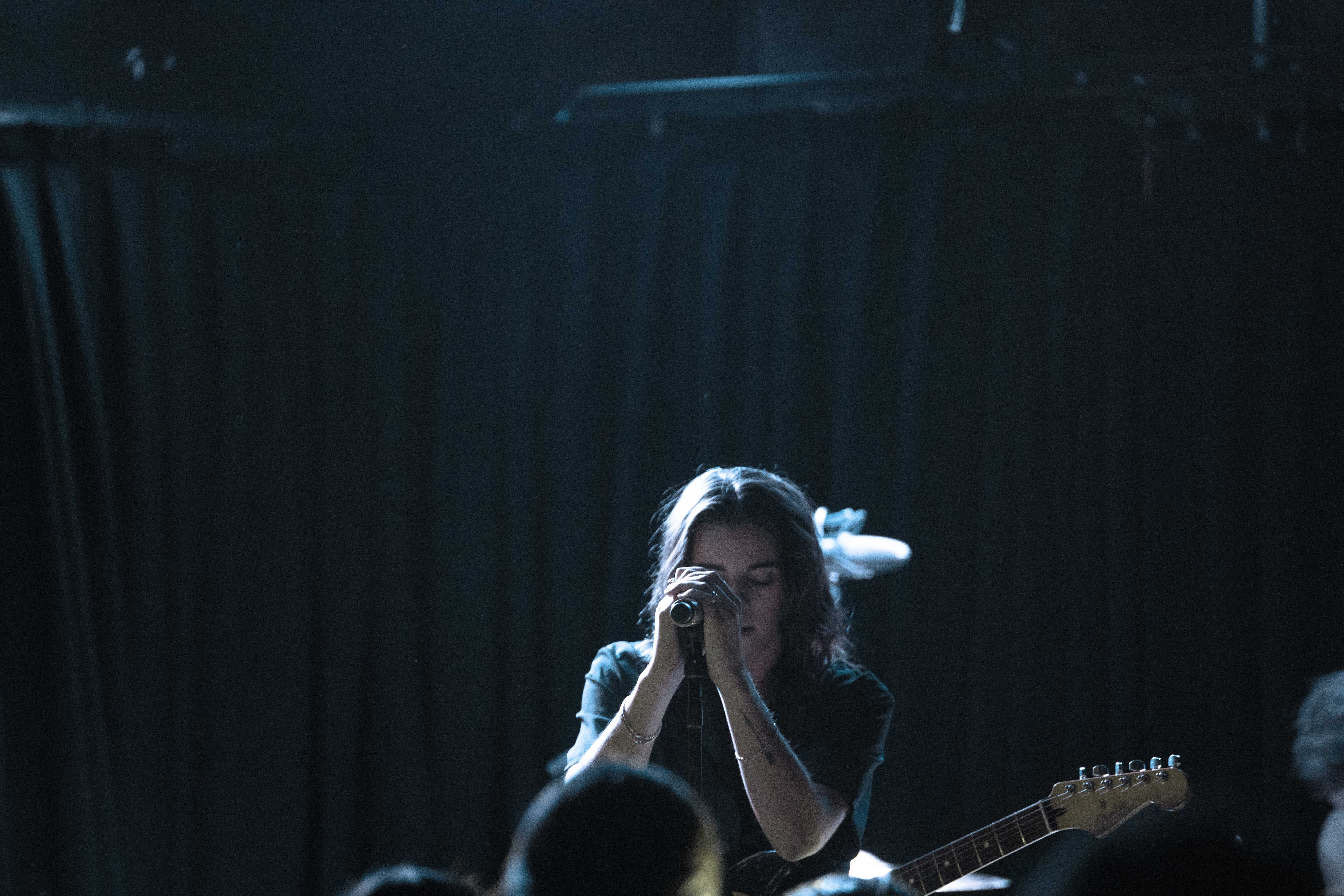 The venue pulsed with beat of the music as the crowd found space to dance despite the limited room in the sold-out venue. Vocalist Lynn Gunn’s haunting voice carried over the crowd, often seeming to be at war with the cacophony of the instrumentals. Though it seemed at times to be a true battle, there was never truly any competition. Gunn’s vocals stood out prominently, supported by the voices of the audience, in a display of perfect choreography that balanced the music and lyrics.

PVRIS charged through their set, barely stopping for breath until midway through the show when Gunn took her first opportunity to speak with the crowd, thanking everyone for attending. Gunn also asked the audience to take time to put their phones away and be present in the moment for the duration of one song — something that has become a common occurrence at their shows. 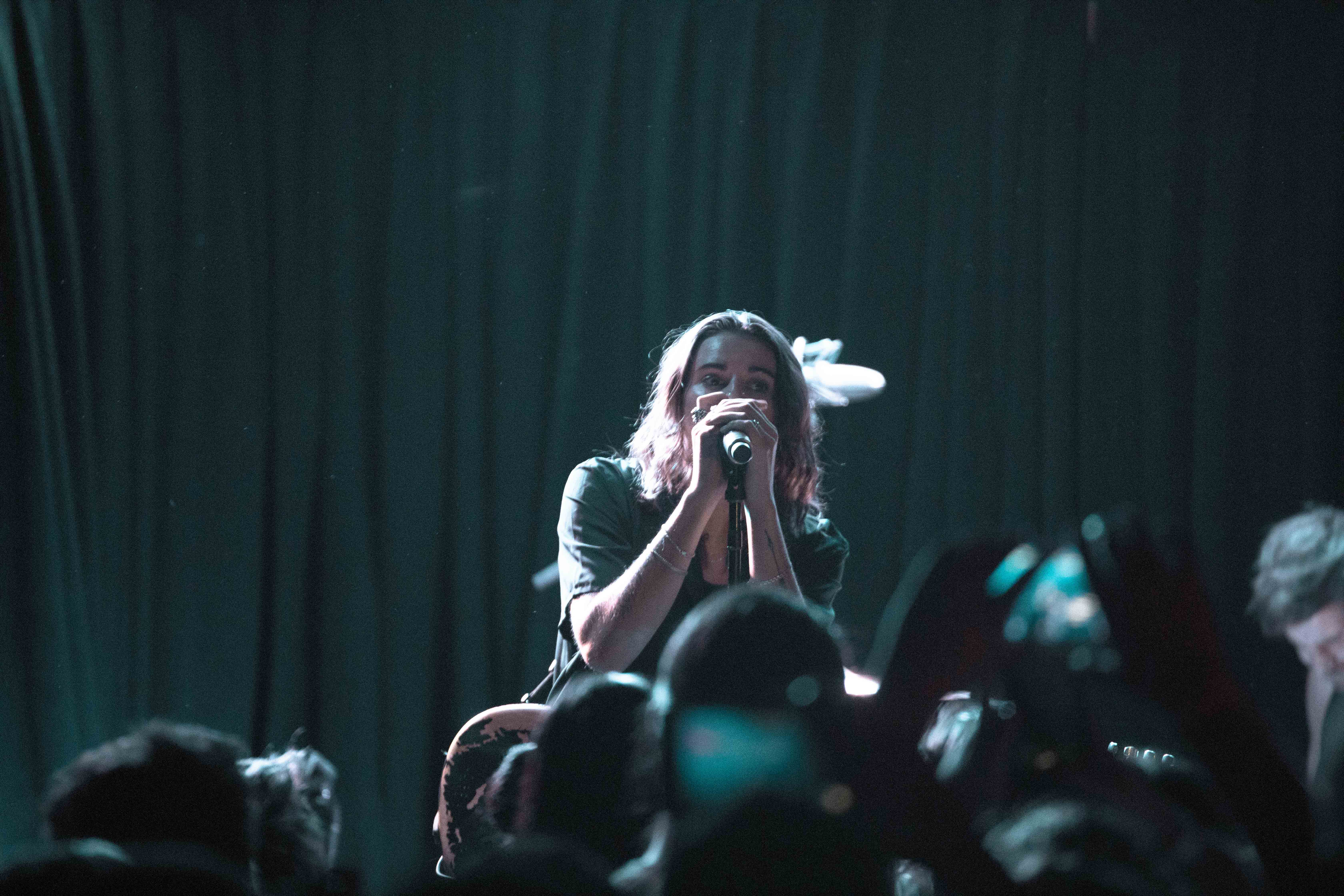 To close out their set, Gunn made her way off the stage, climbing onto the bar for the final song before jumping into the crowd. After an evening filled with dancing up close and personal with the band, fans weren’t quite ready to let the night end. Though the song came to a close, concert-goers held their ground as they waited for PVRIS to return to the stage — and the band did not disappoint. Though the encore consisted of only a few extra songs, it was enough to satiate fans, many of whom could be heard singing praises of the band as they found their way out of the venue.

It’s not often that a bands live performance is better than their recorded music. With all aspects of the sound recorded under controlled conditions, it can be difficult for many bands to live up to their recorded sound. Fortunately for fans at the Marquis Tuesday night, PVRIS’ performance surpassed all expectations. Ultimately, the show added a new layer to the music that fans won’t find on their recorded music, or even possibly in a live recording. The event proved to be a one-of-a-kind experience that fans won’t soon forget.

All photography by Kennedy Cottrell. View the full gallery here.