When it comes to comedy, there are a few cities that tend to be considered “mainstream” – New York, Chicago and Los Angeles. However, over the past decade or so Denver has been proving itself on the national stage. There are a few key figures contributing to this rise in status. One such figure is Adam Cayton-Holland, who founded the High Plains Comedy Festival in 2013. With the festival celebrating its seventh year this week, we decided to catch up with Cayton-Holland to discuss the festival as well as the current state of Denver comedy. 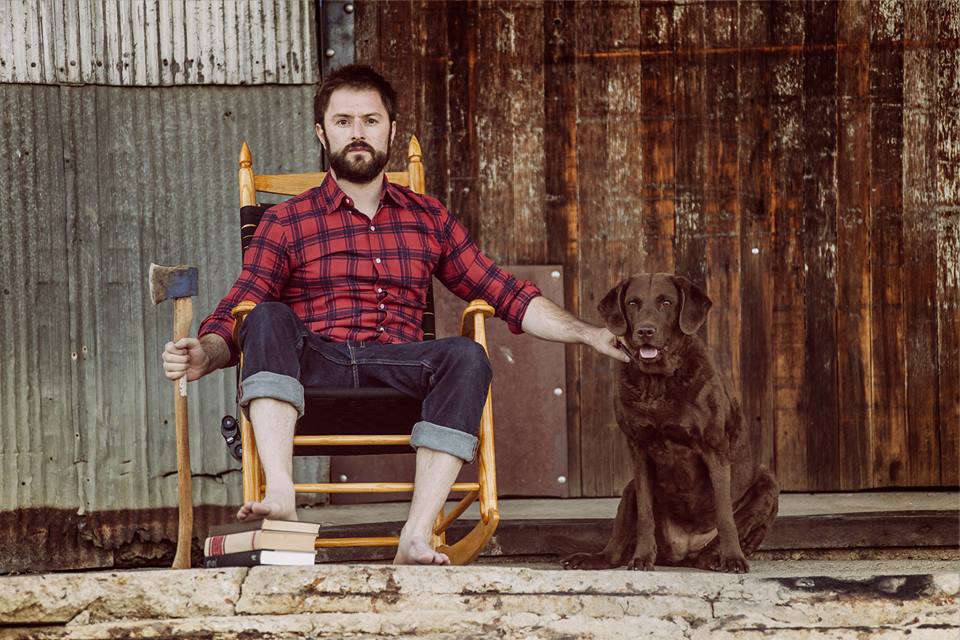 “There’s a sense now, almost nationally, that Denver produces some really good talent,” said Cayton-Holland. As a result and because more and more Denver comedians are hitting the benchmarks that indicate success, he thinks “there are more examples of home-grown success.”

One of the best things about independent comedy festivals is the lack of pretension. If you’re new to comedy, dislike mainstream comedy or appreciate niche, experimental comedy, you’ll find someone you’ll enjoy in Denver. Comedians are invited each year to the festival because they’re funny, and that’s the only prerequisite. The lineup always feels organic for that reason.

“We always want to make a very inclusive comedy festival where everybody’s represented, but it’s not all that intentional,” said Cayton-Holland. “There are so many funny people that we know and try to book. If you’re out there surveying the comedy landscape, you know there are so many funny women in the U.S. right now. Ultimately, we try to book the funniest and a lot of those happen to be women.”

The diversity of the festival’s lineup reflects the diversity of Denver and the lack of central theme that could define Denver’s comedic identity. Like the majority of creative personalities in the city, our local standups continue to prove that we are at the intersection of the U.S.’s east and west. That’s not a bad thing, especially from Cayton-Holland’s perspective.

“For a long time, Denver sort of existed outside of any industry pressure,” said Cayton-Holland. “There’s nobody in the audience thinking, ‘Oh, that kid will be great in my TV pilot, let’s take him from here right to Warner Brothers.’ There’s not that pressure of making it from one show, so it’s more comedy for comedy’s sake. I find that comics here turn into really good joke writers because it’s not about personas or kookiness that will sell. Instead, it’s more, ‘How many jokes have you written? How funny are you?’”

Cayton-Holland is proof that Denver has good joke writers. He’s proven his prowess on multiple occasions – late-night appearances, three albums, a book and the truTV show Those Who Can’t. If you haven’t had a chance to see any of Cayton-Holland’s standup, here’s a taste of what I’ve been able to deduce.

Cayton-Holland is an expert storyteller who is able to look at the most absurd facets of life and somehow make them even more absurd. His delivery and subject matter make him someone you want to have a craft beer with. He’s able to laugh at himself and, more importantly, he’s able to laugh at all of us – and get us to laugh at ourselves. While it may seem like he’s just another white guy on a stage, his particular brand of jokes harkens back to how he described Denver’s comedy. He’s just funny and, unlike a lot of white male comedians these days, he’s just himself on the stage.

Talking to him, it became obvious that while he’s always professional, he’s also thinking about his next sarcastic remark. It was a refreshing interaction considering how careful white people, especially white males, are these days when they talk to the press. That’s also reflected in his jokes. He understands that not everyone is going to love what he has to say so he says it in the funniest way possible. Just when you think he’s about to say something smart and profound, he doesn’t. He just doesn’t. And that’s so Denver when you really think about it.

Most recently, he’s been traveling with his show that was built around his book, Tragedy Plus Time. The book’s title comes from the famous Mark Twain quote, “Humor is tragedy plus time.” It’s a sentiment that perfectly fits the theme of Cayton-Holland’s tragi-comedy memoir. What started as a single essay to help him start the healing process following his sister Lydia’s suicide became a book, which became a one-man show, which will hopefully become an album in the near future.

“It feels like a show that people really need to hear,” said Cayton-Holland. “I’ve been doing a lot of mental health organization benefits with the show and I’m proud of it and I’m seeing where it goes.”

He’s also been more than busy with his 10-month-old son, which if you’ve heard his album Backyards, you know is probably a fascinating adventure. 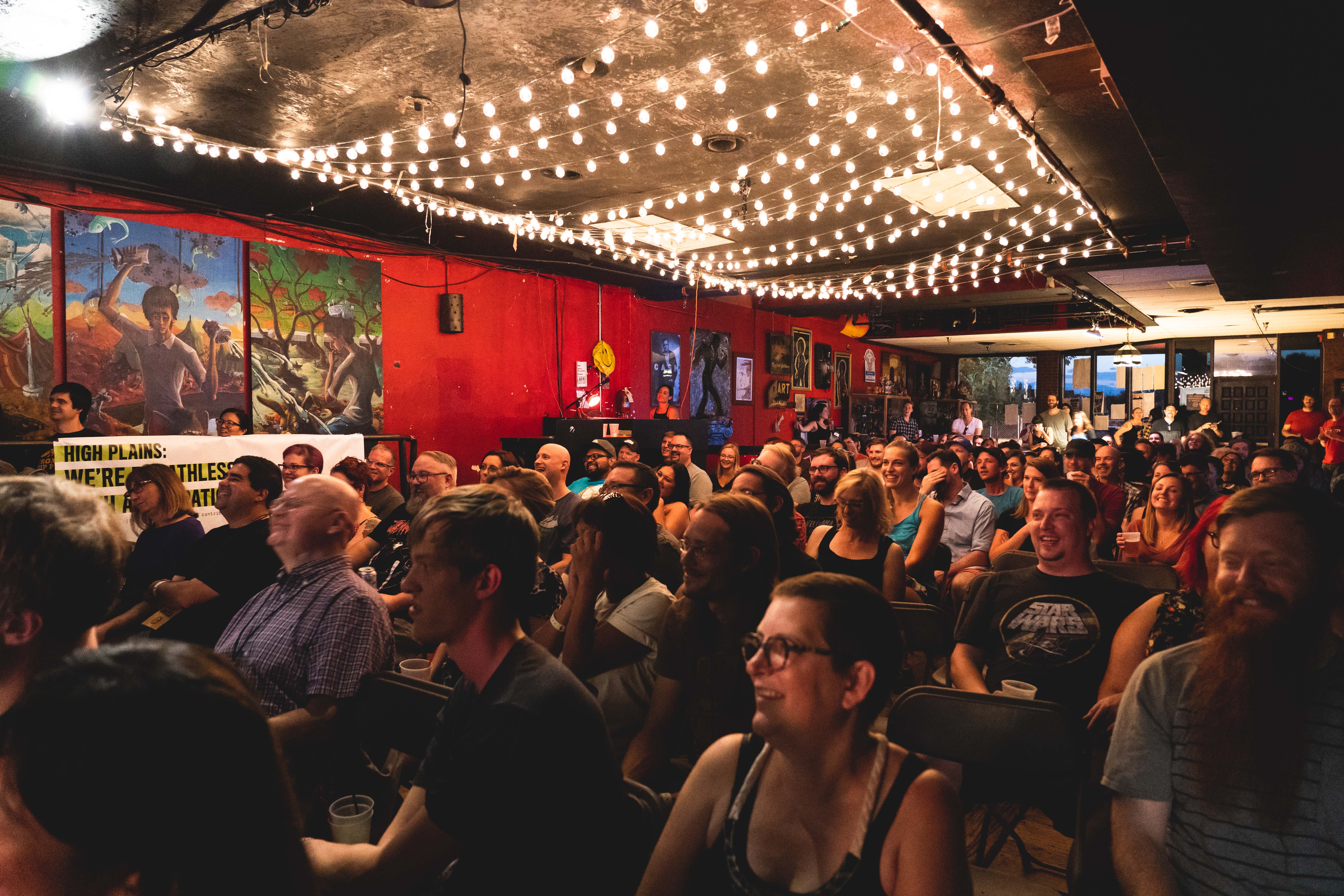 While he won’t be performing his one-man show at the festival this weekend, he will be joining his three man troupe, The Grawlix, for the finale on Saturday night. But the Grawlix set isn’t necessarily what he’s most excited about this year. Instead, he’s very much looking forward to having Maria Bamford headlining.

“I’ve wanted Maria Bamford to headline since year one. I think she’s just a genius,” said Cayton-Holland. “If people don’t know her, I urge them to come to that show. She’s not to be missed – she’s so unique and risky and brilliant. There’s no one in comedy like her and I’m so excited to have her be part of this festival. It’s been on my bucket list since we started this.”

Additionally, he’s ready for audiences to discover some of his favorite local, national and international comedians.

“There are so many personal favorites of mine coming,” said Cayton-Holland. “That’s what I love about doing this festival and the booking – I’m such fans of them. Kyle Kinane is just a beast. I’ve always wanted to have Moshe Kasher and Natasha Leggero here for a long time, I’m really happy they’re coming. Baron Vaughn, there’s this comic Eric Dadourian who I love, and this comic Barbara Gray who I love. For me, I’m as happy as any comedy fan at this thing. I like to pop in and see all these sets. That’s what festivals like this are there for – come meet your new favorite comedian.”

Join Cayton-Holland and the talented lineup he and his team have put together throughout the weekend on South Broadway and at various locations.