What You Missed From The Bed Cinema Pop-Up

The Bed Cinema hit Denver this weekend at Runway 35 for a whole new outdoor film viewing experience.  The traveling pop-up experience brings more than 150 blow-up mattresses to different cities around the United States to watch movies outdoors under the stars.

READ: An Outdoor Pop-Up Theater with Beds is Coming to Denver

People gathered with blankets and more pillows to get comfortable on the mattresses – and those blankets were needed as the temperature began to drop and the wind started to pick up as the night sky grew darker.

Attendees were able to choose from two-person beds – perfect for a date or for extra room to spread out by one’s self – a three to four-person bed to share with friends or you could bring a picnic blanket and grab a spot on the ground to kick back to watch the film. 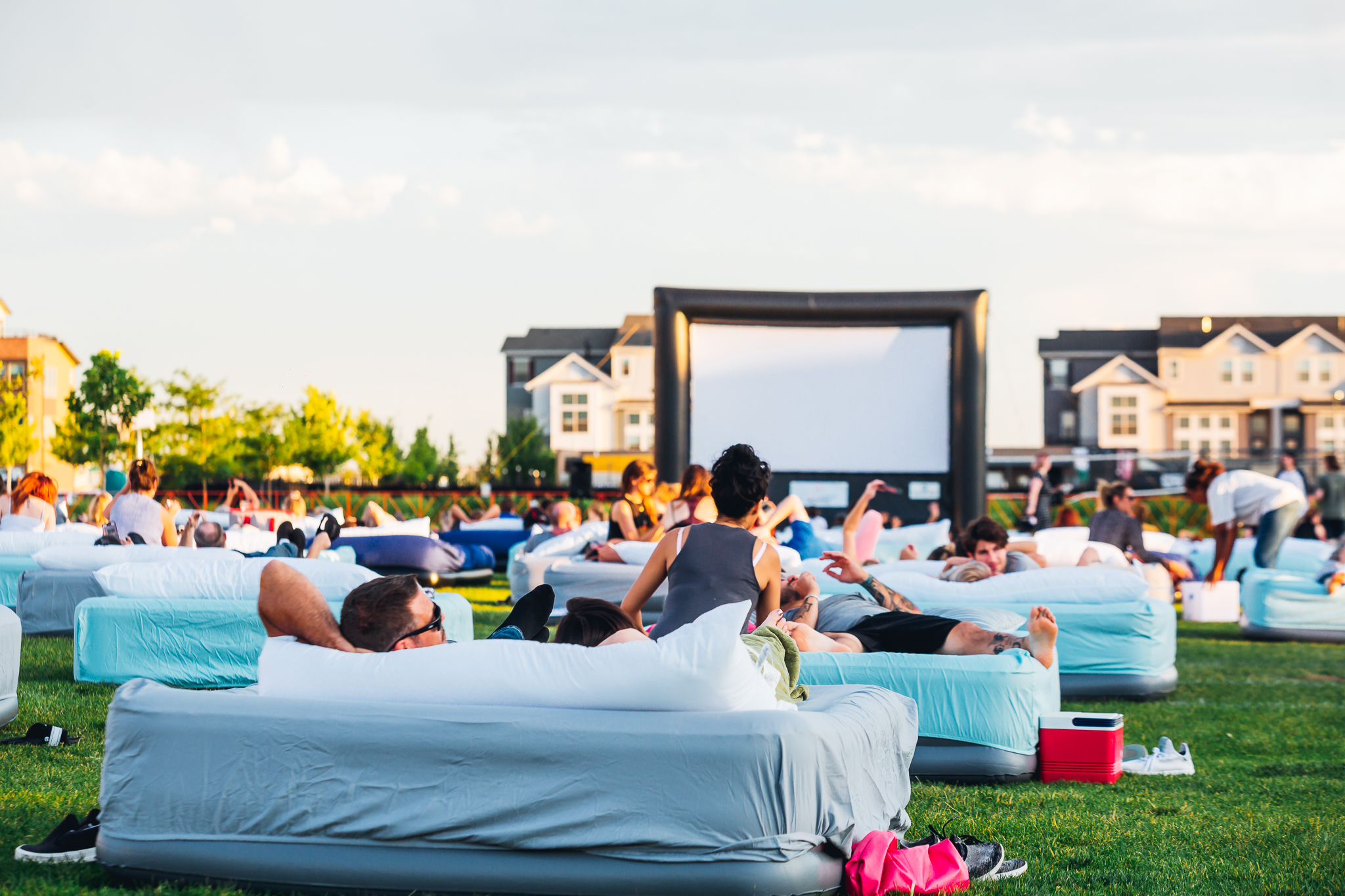 The film began around 8 p.m. after the sun had set. Moviegoers were able to snack on free popcorn and slices of pizza as well as purchase bites from two food trucks – an Italian ice and gelato truck and a truck that served up tacos and other Mexican delights.

Opening night featured a screening of Anchorman, whereas later showings throughout the weekend were Mean Girls, Back to the Future and Captain Marvel. All nights were sold out.

The opening night did not go without a few difficulties as mattresses lost their air (while others caught air before the event), the screen that the film was projected on wiggled in the wind and the threat of rain loomed overhead. However, that rain thankfully never did land and the film went on with laughter as everyone snuggled into their beds.

All Photography by Brandon Johnson.