An Outdoor Pop-Up Theater with Beds Is Coming to Denver

Denver has some amazing drive-in theaters such as the Denver Mart Drive-In and The 88 Drive-In Theatre but have you ever wanted to drag a bed out under the stars and watch a movie without being confined to your car?

This summer you can grab a blanket for a whole new outdoor movie experience during The Bed Cinema. Starting in August, you can snuggle up in one of over 150 double beds with pillows, blankets and have an LED-lit bedside table at your side to hold your snacks and drinks while you watch a film. 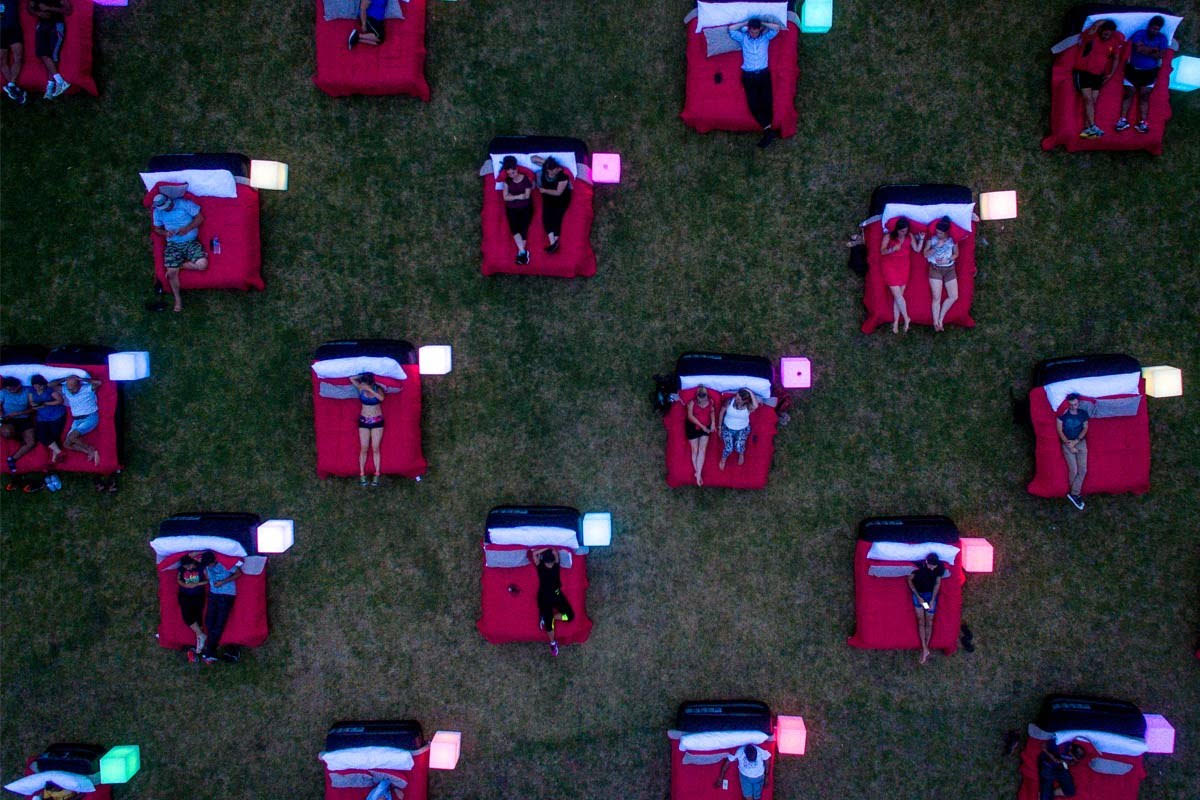 Photo Courtesy of The Bed Cinema

The beds hold up to three people and if you aren’t too keen on sitting on a bed while watching a movie you can bring your own picnic blanket to lay on instead of the beds provided.

The experience is traveling across the US hitting cities such as Los Angeles, Venice Beach and of course – Denver, to create a whole new way of viewing outdoor movies, rather than just having a typical drive-in cinema set up. Throughout the series, you can kick back and relax to watch some great films on some super comfy beds under the soft light of the stars instead of being stuck at home or in a stuffy theater. From August 15 to August 18 you can see screenings of the films Anchorman, Mean Girls, Back to the Future and Captain Marvel.

Prices of tickets and locations are yet to be announced. You can sign up for and on the list for pre-release tickets here.

Editors Note: The tickets have now gone on sale. You can purchase yours for $50 for two people or $70 for up to four people here.