After over five decades of touring, Peter Frampton is hanging his hat to dry on his career. We mean this literally, as after the rain at Wednesday night’s show at Red Rocks, his hat will have to dry off before it can be put away.

Jokes aside, the highly acclaimed guitarist has had an incredible run, having gotten his start with playing in bands at age 12. Years later, Frampton would leave the band Humble Pie after several albums to pursue a solo career, where he was met with super-stardom. Now, after 20 studio albums — including Frampton Comes Alive!, which is known as one of the best selling live albums to date — the artist is finishing his last tour ever. Appropriately, the tour is dubbed “Peter Frampton Finale – The Final Tour.” 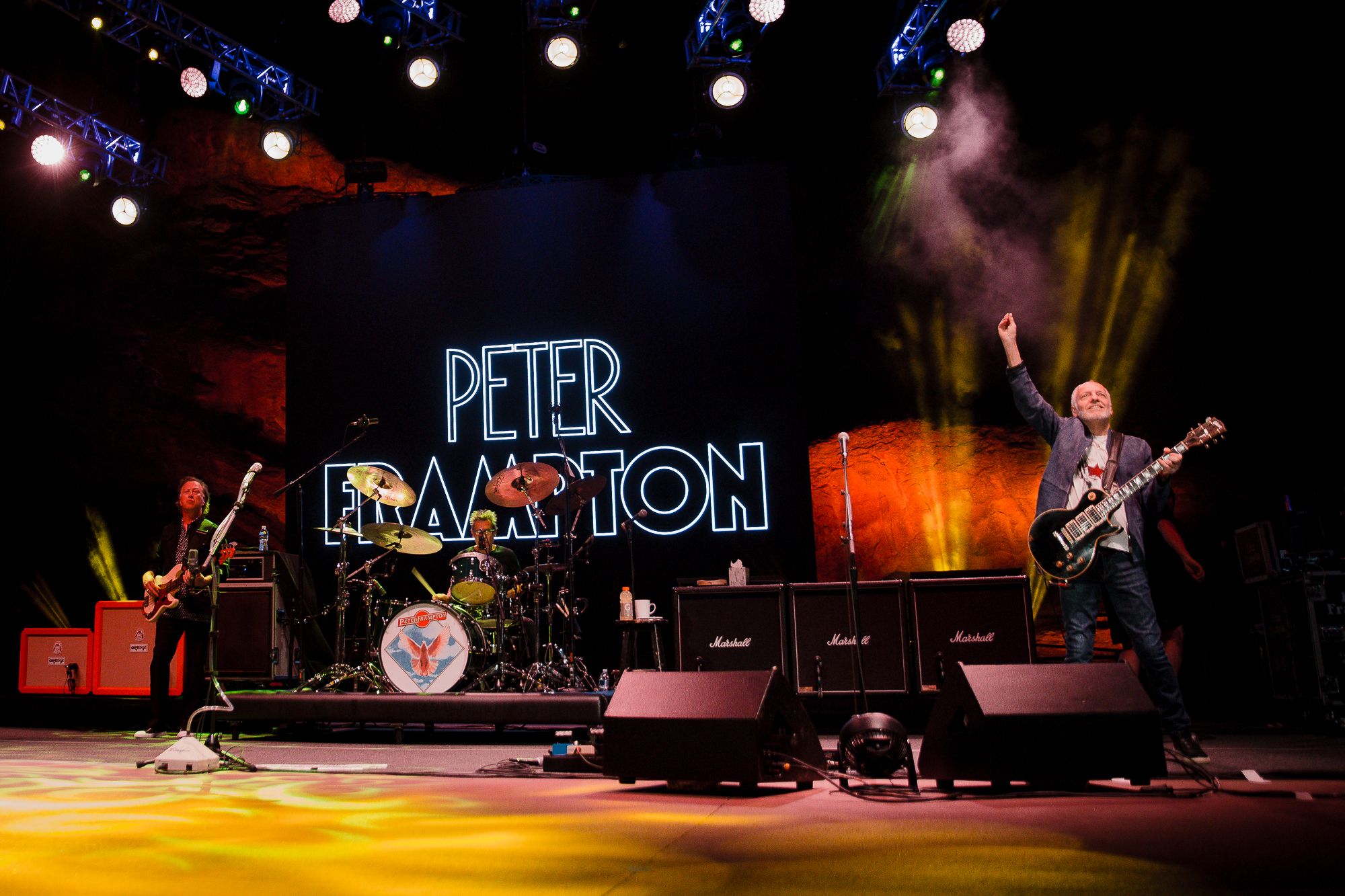 Opening the rainy but warm evening was Jason Bonham, son of Led Zeppelin’s John Bonham. The drummer and his fellow musicians were forced to cram their set into a much smaller time slot as the weather caused nearly an hour delay, but their perfected craft of the beloved band still shined and the group performed several huge Zeppelin hits to an eager audience. “Immigrant Song,” “Good Times Bad Times,” “Ramble On” and “Whole Lotta Love” made the slimmed down setlist before they had to clear out to get the main man on stage.

Frampton began his portion with a quick montage, showing himself growing as an artist through the years and ending now, as he plays his last few shows ever. Requesting that the crowd only film the first three songs, Frampton opened with “Baby (Something’s Happening)” and did not bust out one of his heavy hitters, “Show Me The Way,” until the fourth song. In between tracks Frampton took to the microphone to tell his fans funny quips and anecdotes regarding his iconic tunes, which gathered some laughs along the way. 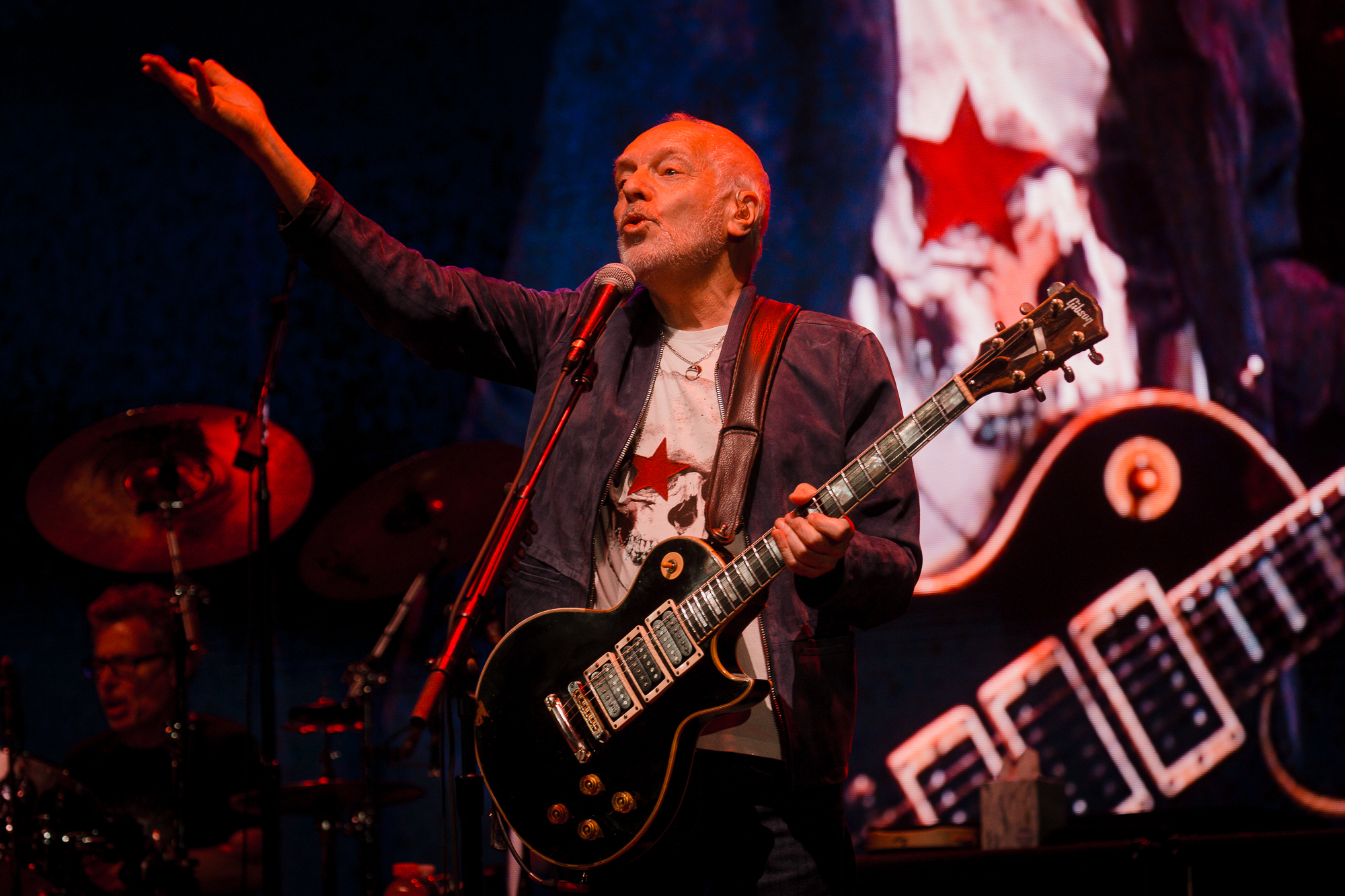 Frampton detailed the experiences he had with several of his musical friends over the years, some who are still around and others who have passed, such as his longtime keyboardist, Bob Mayo. The night was not just about rock, however, as the guitarist dove into stories about his newer music as well, which leans more into the blues. After a few covers that are featured on his most recent studio release from earlier this year, All Blues, Frampton decided to take to his acoustic instruments. “By Your Side” was gleefully accepted by the audience before the electric strings made their return.

As the artist continued on with his personal touches, he explained the way his 2007 instrumental album Fingerprints  — the only album that has won him a Grammy  — came to fruition. He then jammed a heavy, beautiful cover of “Black Hole Sun” by Soundgarden, which is featured on the release. Frampton wrapped up his set with “Baby I love Your Way” and “Do You Feel Like I Do” before concluding the night with an encore.

The entire evening dipped in and out of a lengthy, important career in music for all different kinds of fans, and Frampton did a good job showcasing as much of his talent as he could in just a couple of hours. It is hard to imagine a world without Peter Frampton’s live music, but we prefer to not say goodbye, just see you later.