All Photography By Alden Bonecutter

More than one hour after GRiZ began his set, people were still waiting in a line that wrapped around the block of the Fillmore. The Denver-based DJ promised fans a one-of-a-kind chance to truly lose themselves in the music and live in the moment, and everyone couldn’t be more excited. The special DJ set would feature freestyling, GRiZ’s iconic saxophone, a special stage set up and most importantly, no cell phones or cameras would be allowed — and if that wasn’t enough of a selling point, the low ticket price certainly was. The announcement for the show generated a lot of excitement, and despite the long wait to get into the venue, GRiZ’s special DJ set did everything but disappoint.

Following the surprise block party that shut down RiNo last month, GRiZ announced that he wanted to do something a little different for his fans. In a brief social media post, he promised everyone a unique chance to experience the music house party style. “I wanna do a show that’s on them house party vibes,” read the image posted to Facebook — and with that single post, the first of these special DJ sets was officially set to take place right here in Denver. With prices set for only $20, tickets sold fast. Everyone jumped at the opportunity to see one of Denver’s most beloved DJ’s in a more intimate setting before he kicks off his annual Red Rocks double-header. 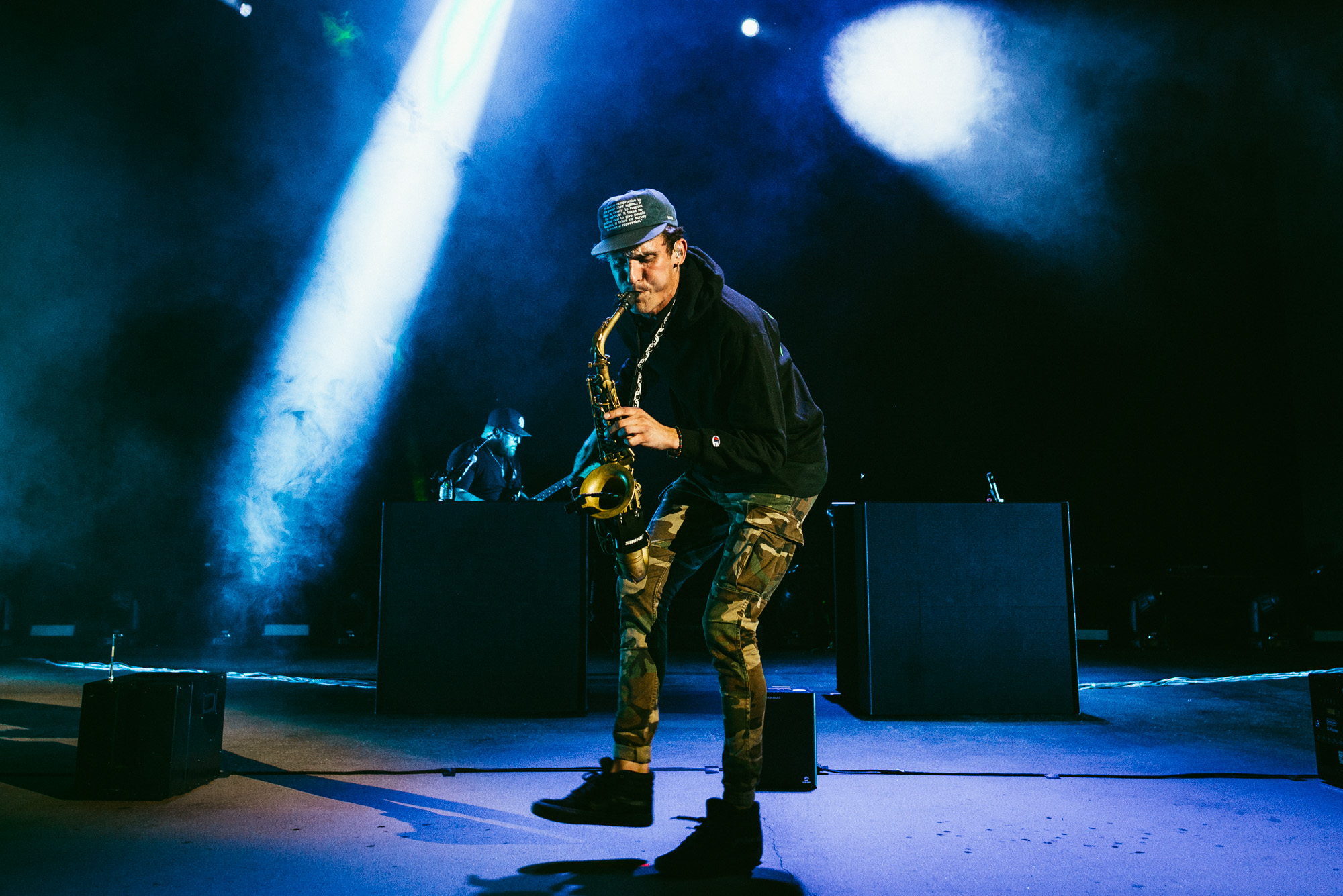 Unfortunately, in order to be part of the experience, fans found themselves stuck in a line that wrapped itself around the block, leaving concert-goers stranded outside the venue with more than an hour wait from the back of the line to the door. Fortunately, Denver concert-goers know how to make the best of any situation. Despite the seemingly endless wait, fans maintained a positive outlook, coordinating beer runs from the closest liquor store and passing out stickers to other attendees stuck in the traffic jam.

The line may have been long, boring and at times downright painful, but the patient in the crowd managed to chalk it all up to being a part of the experience — with many fans remaining thankful that the unpredictable Colorado weather seemed to be on their side. While the line may have moved slowly as fans made their way through a security check and had their phones locked securely away for the evening, the show occurring inside was anything but slow. Upon entering the venue after surviving the line, the crowd was greeted by bass lines as house music washed over the attendees who had already made it inside. 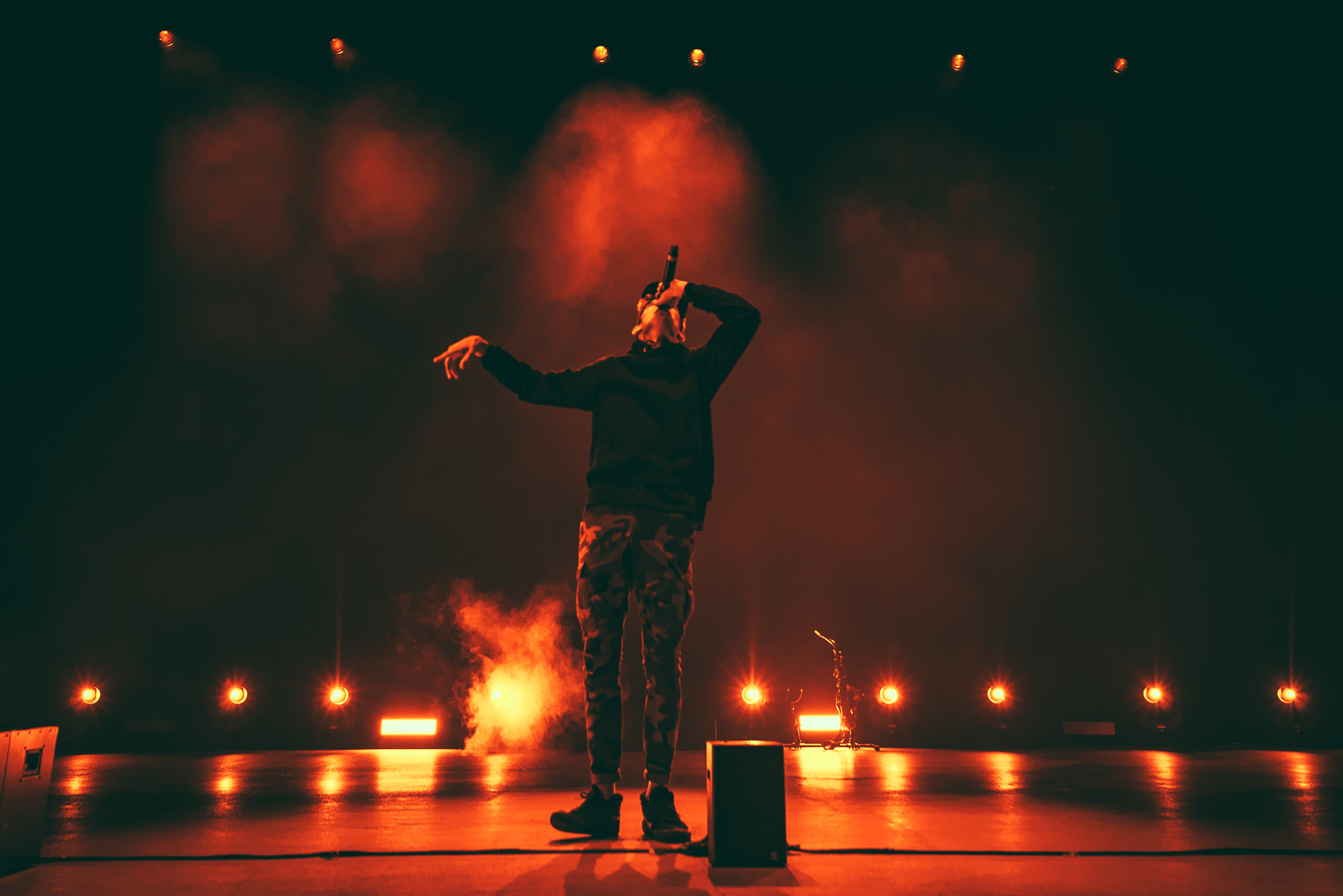 Unlike any other show at the Fillmore this year, GRiZ set up his stage in the middle of the venue — allowing him to play in the round, surrounded by fans and directly in the middle of the party. Though the line outside showed no signs of getting shorter, fans still managed to find space inside the sold-out venue — with some attendees making their way to the stage to stand on bleachers. The low stage put GRiZ almost at eye level with many of the audience in attendance, providing the house party vibe that the fans had been promised.

As the bass shook the floor, lights danced and pulsed over fans in the audience who moved like an amorphous blob to the beat. With no phones to serve as distractions, attendees were able to live in the moment unconcerned about posting the perfect video to Instagram or even how late into the evening it was. As the night progressed on, GRiZ continued to excite the crowd with remixes of early 2000’s pop and hip-hop, and of course plenty of saxophone.

At one point during the evening, GRiZ jumped onto the rail surrounding the DJ booth, giving everyone in attendance a clear view of him as he played his saxophone. From there, GRiZ — and everyone else in attendance — proceeded to get down. The air electrified with the energy of the crowd and the joyful exuberance of the DJ — making it the perfect kick-off for a weekend of GRiZ. Though the line to get inside the venue was long and made it difficult to stay excited about the show, GRiZ’s performance was well worth the wait.