Walking between Federal and Sheridan on the pedestrian path in Dry Gulch Park you will find a series of single-note wind chimes. Made of wood, steel cable, aluminum tubing and plastic found in the park, these chimes are designed by a local artist and musician, Michael John McKee. Each chime is tuned to an unconventional harmony, leaving passers-by slightly uneasy when they reverberate with minor or sharp (rather than major) chords. Titled Voices, this public art project aims to bring attention to the park and the people who have made it their home in the last few years — a haven for individuals experiencing homelessness, who want to avoid the sweeps of Downtown.

The wind chimes hang from old frisbee golf tees and bridges that go over the Light Rail. They are devoid of plaques that describe their purpose, and there’s no one to reprimand you when you touch one. It’s one of the first public art projects in Denver that I was unsure about its purpose — I triggered its chime, and then wondered if it was a guerrilla installation, or simply decoration or something else entirely. The mystery behind it nagged me for days. 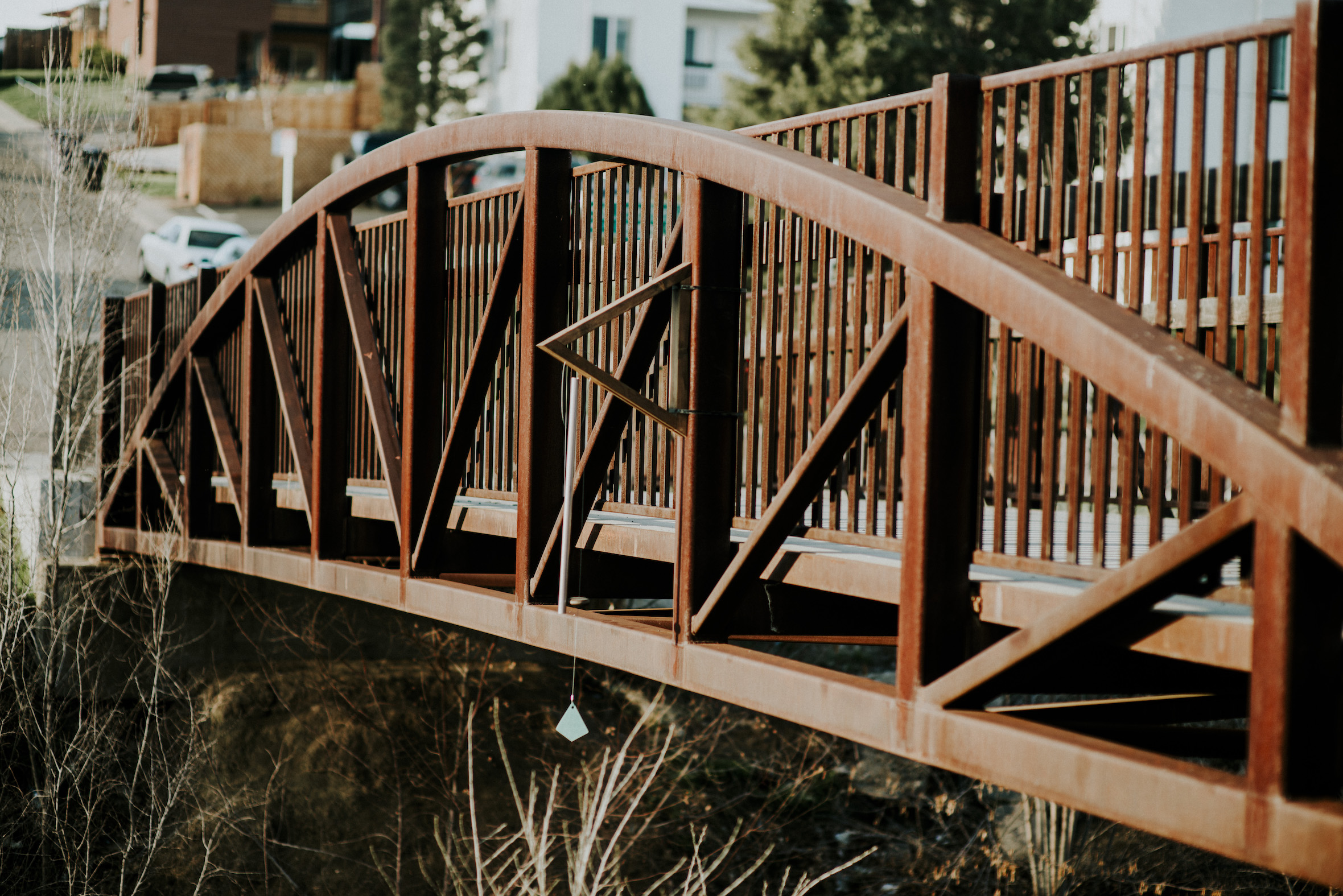 Then, McKee sent me an email. He explained more about the purpose behind the installation, “I imagine that folks experiencing homelessness don’t often feel at ease. That would be exhausting.”  That nagging feeling started to make sense to me — both the disharmonious sound of the chimes and their unexplained presence paralleled many different narratives relating to homelessness.

“Maybe audiences will feel inspired to consider issues surrounding homelessness with patience and care. I clarify before talking too much about this — I’ve never been homeless, so I’m talking about something that I’ve never experienced. I know that gives some people the heebie-jeebies, and I think that’s fine. There’s a part of me that thinks, as an artist, it’s okay to explore concepts and think about something through materials,” McKee further explained.

He lives nearby to Dry Gulch, over by West Colfax, and spends his time split between drumming in a band and creating experimental, visually-centric art. When he’s creating art, he does so under the moniker Helicopter Copter. 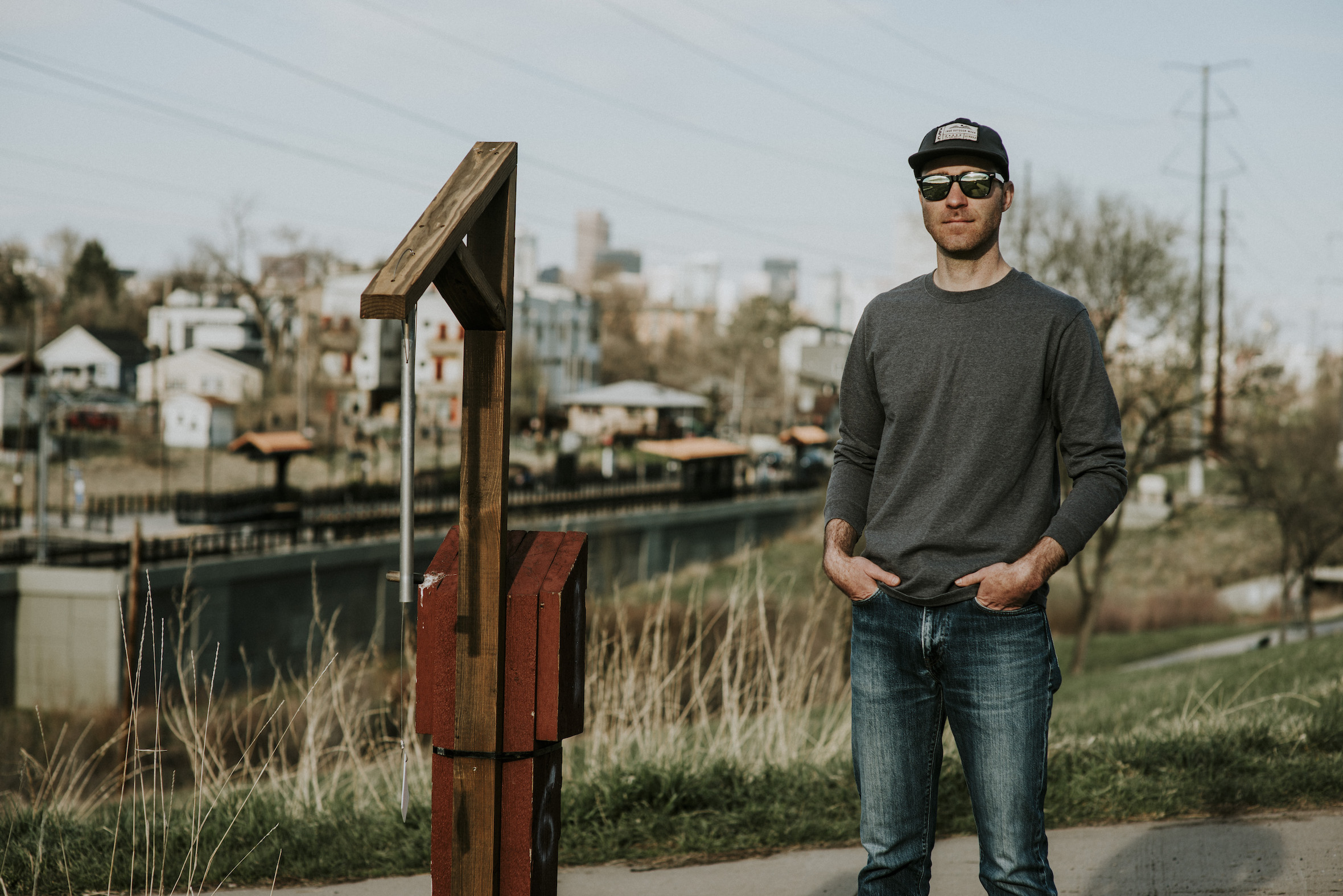 “I never thought of myself as a political artist, when I sit down at the drumset I don’t think of myself as making a political statement. But part of the reason I wanted to start Helicopter Copter was that I wanted to make art wherein the experience of the art was enough — meaning it doesn’t have to have a deeper meaning or a call to action,” McKee explained. He continued, “I feel like that may be a naive way to think about that now. I think a lot of things we make, in everyday life, are political. And I realized it was kind of a privileged point of view to think I could make things void of meaning, of political implication.”

So after taking his dog on many walks through Dry Gulch, seeing sometimes familiar faces of individuals experiencing homelessness, McKee decided to explore the idea of communicating their voices to people who use the park for recreation. “I can imagine what it’s like, I can imagine being homeless is tiring, exhausting, and I imagine there is a perpetual feeling of never feeling safe, of unease,” McKee mentioned. “After the camping ban [went into effect], there were a lot of folks that began living in the Gulch. Some permanently, some I would see once or twice. Some I’ve seen living in the gulch for years… We forget they are part of the ecosystem of the city. I just thought the idea of them as part of our community was something to be communicated.”

Individuals experiencing homelessness undoubtedly live with uncertainty, uneasiness and unexplained circumstances. Voices serves as a totem of that experience but doesn’t preach it. Through their mysterious presence in the park, they ask pedestrians and bikers to look around them more, appreciate what they have and listen to the needs of others. Although the chimes are disharmonious — they aren’t the kind of clustered wind chimes you hear in gardens and on patios — they are still beautiful in their own way. When the chimes are taken down — in July 2019 — McKee hopes frequent passers-by will remember the echoes of the chimes, and because of that memory, he hopes it gives a voice to people who can’t speak for themselves.

Voices has another component that will be completed this month, by local street artist Anthony Garcia Sr. of the Birdseed Collective. Garcia Sr. will paint a mural on one of the heavily graffiti-ed underpasses between Federal and Sheridan, as well as adding colorful triangular ornamentation to the wind chimes. The entire project is part of a funded public art program called P.S. You Are Here (PSYAH) and was made possible with the help of the West Colfax Association of Neighbors.

All photography by Brett Stakelin, courtesy of McKee