Show You Should Know – Tom Odell to Serenade the Bluebird

British singer-songwriter Tom Odell has achieved some impressive feats since he signed his first record deal seven years ago. Since signing with Columbia Records at just 21-years-old, he’s released three full albums, held the number one spot in the U.K. charts and toured with icons like Elton John, Billy Joel and The Rolling Stones. After attaining massive success in the U.K., Tom Odell will bring his hauntingly beautiful music across the pond to play a more intimate show at the Bluebird Theater in Denver.

The singer-songwriter-pianist has been compared to the likes of Leonard Cohen and Jeff Buckley – and for anyone who’s been following his music, it’s easy to see why. Odell’s songs are full of heartache and pain. However, his lyrics are nothing if not relatable. The sorrow filled lyrics are soulful and the piano melodies that accompany them are undeniably beautiful.

Odell’s current tour follows the release of his fourth studio album Jubilee Road. This most recent album strays away from some of the jazz influences present in Odell’s previous releases. However, this new album still stays well within the realm of contemporary pop. Jubilee Road stays true to the things that fans love most. It’s filled with piano-driven tracks, but also showcases Odell’s intimately expressive lyrics. Odell has previously pointed to Sir Elton John as one of his greatest inspirations – and this influence is clearly present within the tracks of Jubilee Road. Admittedly, the new record sounds like Elton John at half the volume, but the influence is still clear. Some of the tracks emulate Elton John’s vocal delivery as well as his grand piano playing – though Odell’s keyboard arrangements tend to appear subdued by comparison.

While Odell’s careful melodies and soulful vocals are captivating when listened to at home, his live performance is something else entirely. It would be easy for his voice to falter and be carried away by the melody of his piano, but this is not what happens when Odell plays live. When performing, Odell’s voice fills the air and settles prominently among the piano melodies. In what often seems to be a bit of magic, the seductive melodies and vocals of Odell’s music are able to simultaneously convey the weight of lost love and lift the spirits of the audience. 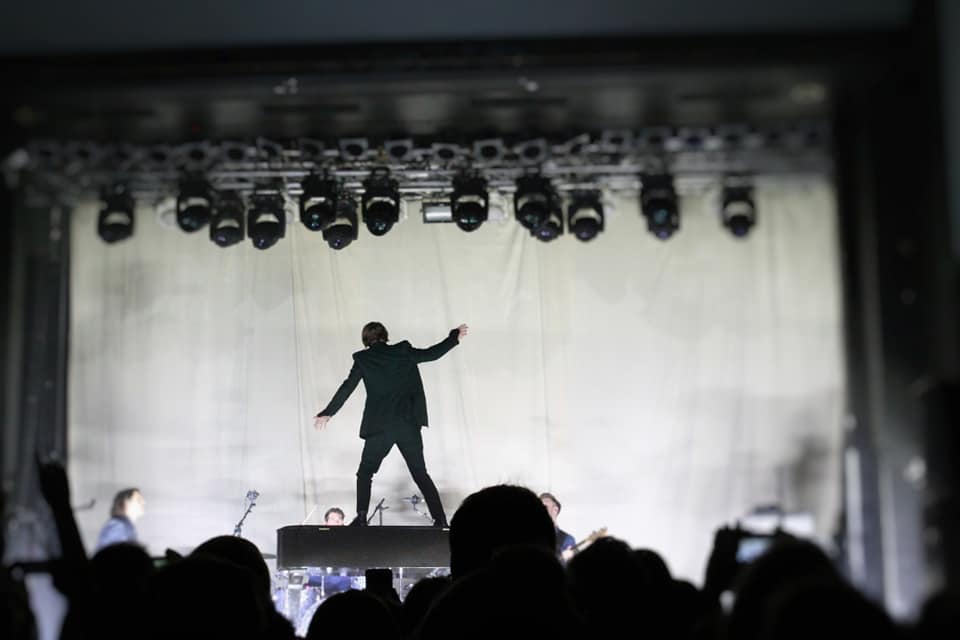 If Elton John taught the world anything about music, it’s that any artist with enough talent can fully captivate audiences from behind a grand piano – and Odell’s live performance proves that he’s capable of doing just that. While it may be difficult to work the stage while bound to the piano bench, Odell still manages to truly connect with his audience. Reviewers have noted that Odell truly caters to his fans, often pausing to discuss the deeper meaning behind some of his songs and even some of his experiences within whichever city he’s visiting. In a venue like the Bluebird, these divergences from the music will only add to the intimate experience.

While the new tour is certainly an opportunity for Odell to debut his new album, that will be far from all he’ll perform for the audience. Odell will likely pull out a few fan favorites from his past two albums – so keep your fingers crossed for the chance to sing along to tracks like “Another Love” and “Heal.” Whatever the final setlist turns out to be, there’s no doubt that Odell will put on an excellent show. For anyone who didn’t get a chance to see Elton John’s final Denver show earlier this year, Odell’s performance at the Bluebird will be the next best thing.

Tom Odell will be playing at the Bluebird Theater on May 3. Tickets are available here.