Alongside Aerosmith guitarist Joe Perry and showman extraordinaire Alice Cooper, that is.

Backed by another four musicians, Depp, Perry and Cooper make up the Hollywood Vampires, a seven-some that is everything old-school punk-rock. The band name is an ode to all of the late, great rock ‘n’ rollers that have come both before and after rock stars like Perry and Cooper, and the band does solid justice to the classic music that we all love and cherish. Cooper, Perry and Depp took turns leading on songs and telling stories from the old days when the lost heroes of our present were the living idols of the past. The nostalgia softened the hard-rock edges of the music, which made for a surprisingly charming evening with a few of rock ‘n’ rolls greatest living legends. 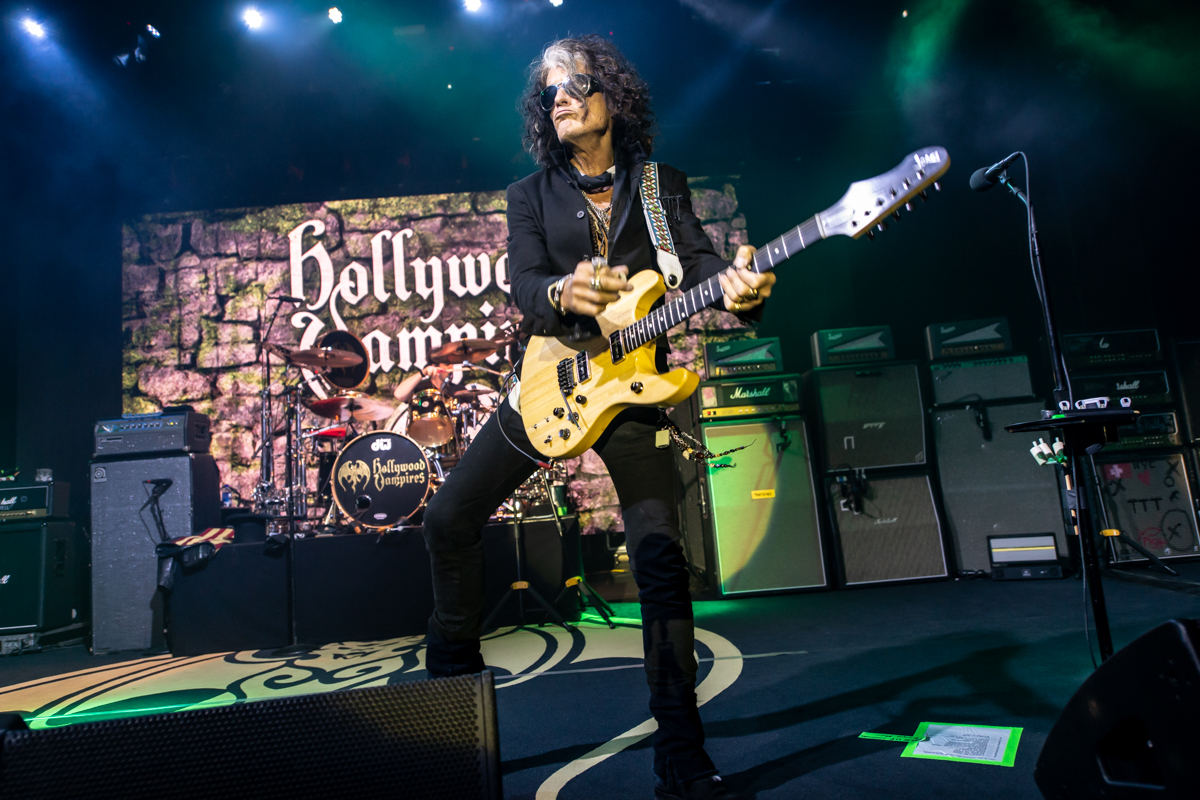 In accordance with this theme, the show featured a medley of The Doors covers, including “Five To One,” “Love Her Madly” and “Break On Through (To The Other Side),” as well as a backdrop featuring old photos of Jim Morrison. Keith Moon received an honor as well, with Cooper leading an ovation before the band went into a cover of The Who’s “Baba O’Riley.” David Bowie got a nod from Depp who gave a solo performance of “Heroes,” and Perry sang a tribute to the New York Dolls’ Johnny Thunders. 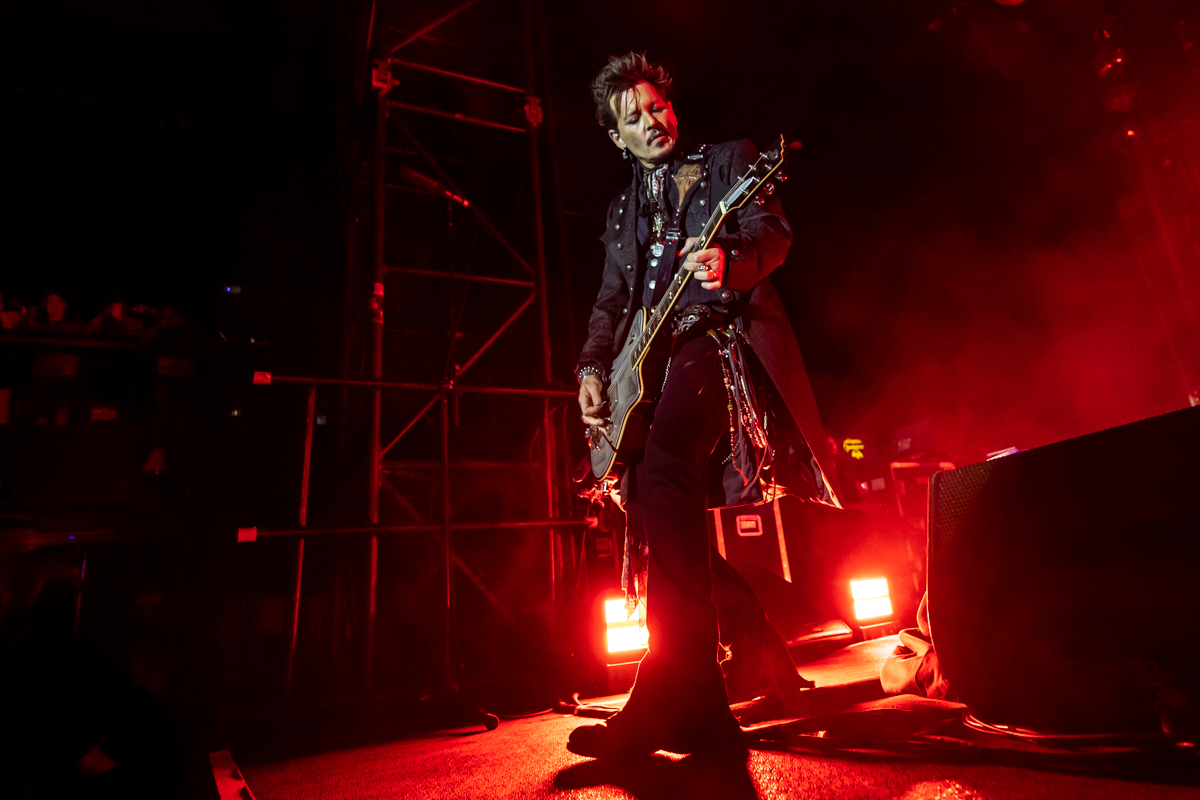 Too notable to ignore was the immense and overwhelming energy that was literally vibrating through the Fillmore, with Depp’s onstage presence mainly to blame. Despite his involvement in some serious allegations recently, Depp, his fans and his fellow musicians put personal and complex feelings aside for the evening. It was clear that being a Hollywood actor is a whole different game than being a rock star, considering the typically stoic and very cool Depp maintained an ear-to-ear grin for quite nearly the show’s entirety. 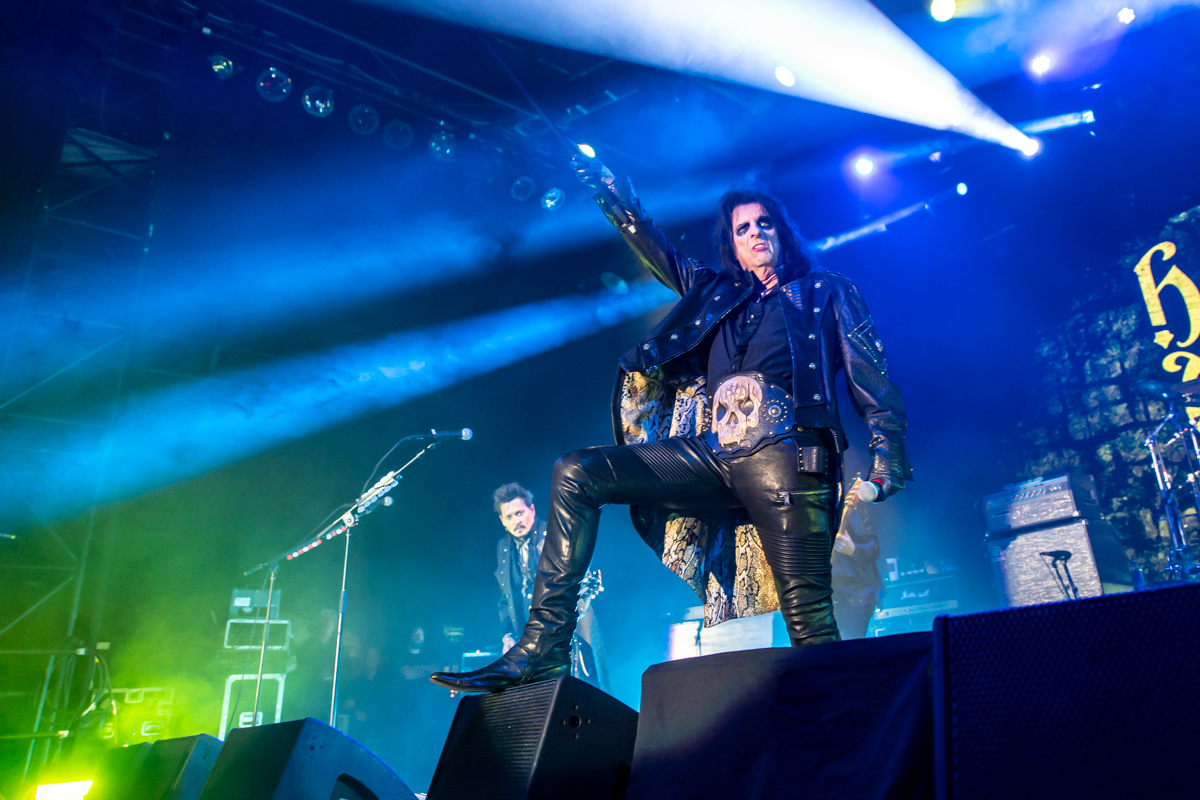 Songs from the Hollywood Vampires’ debut album and live catalog made their rounds throughout the show, like “I Want My Now,” “Raise The Dead” and “Boogieman Surprise.” They dedicated “My Dead Drunk Friends,” another raucous tune with its highly expressive lyrics, to all of the original Hollywood Vampires. Cooper took the lead on his own “I’m Eighteen” and a cover of AC/DC’s “She’s Got The Jack.” To round out the setlist, Cooper then channeled his inner Steven Tyler to accompany Perry’s guitar on a rendition of Aerosmith’s “Train Kept A’Rollin’.” Another track off of their album, “We Gotta Rise” closed out the show, but only before the band teased Pink Floyd’s “Another Brick In The Wall” during the encore of Cooper’s “School’s Out.” 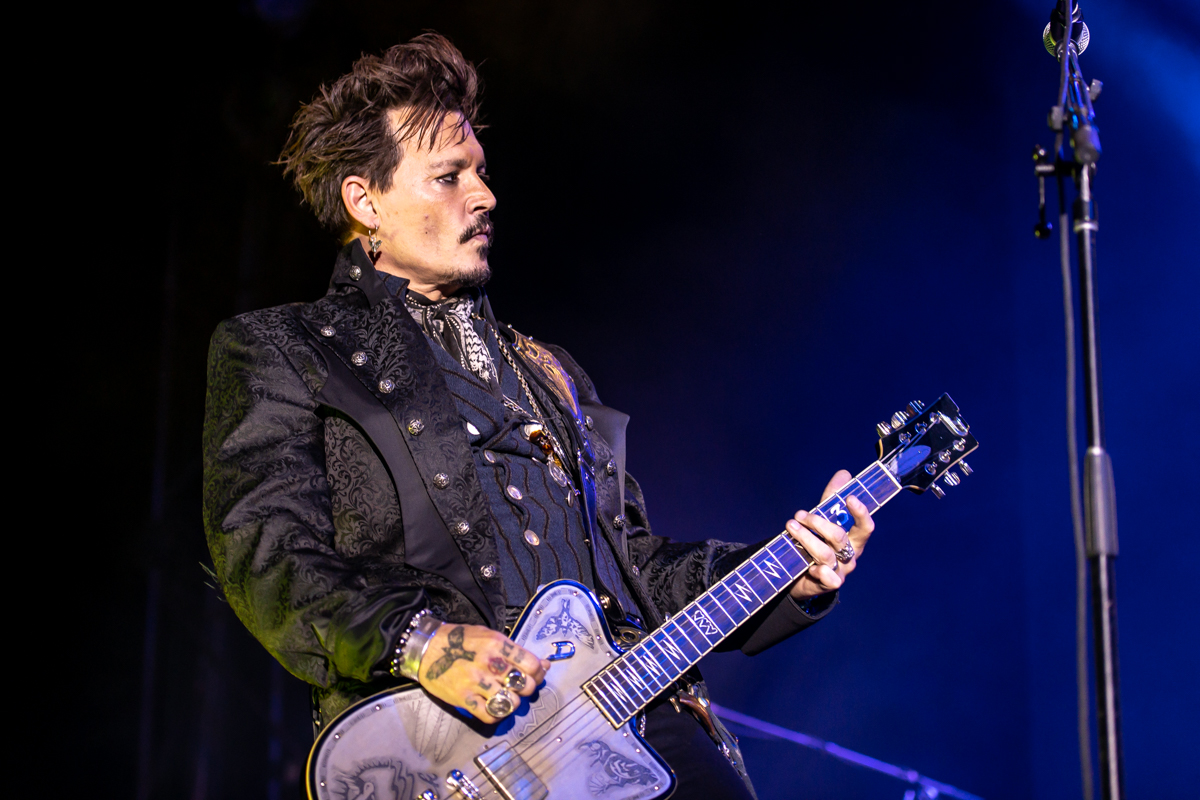 All in all, an entertaining and energetic evening with the Hollywood Vampires, old and new, was had by all. The crowd, which was a sea of black, red, leather and spikes, only added to the lovingly hard-rock aesthetic of the night. Perry still has the chops to bust out those legendary guitar licks, Depp is a serious jack-of-all-trades that could be described as Bono’s punk-rock cousin, and Cooper is, well, he’s still Alice Cooper. When greats like these come through town, it is an experience not to be missed.