On April 25, The Hangar at Stanley Marketplace filled with food, fashion and philanthropy as Mile High Behavioral Healthcare put on its second annual Miracles Fashion Show. The show and its profits benefit women in recovery and provide resources to get them back into the world and help them thrive. This year’s theme, “Seasons of Change” showcased fashions representing each season and metaphorically represented the many seasons of change the women of the Miracles Program go through when finding help and recovering from addiction. 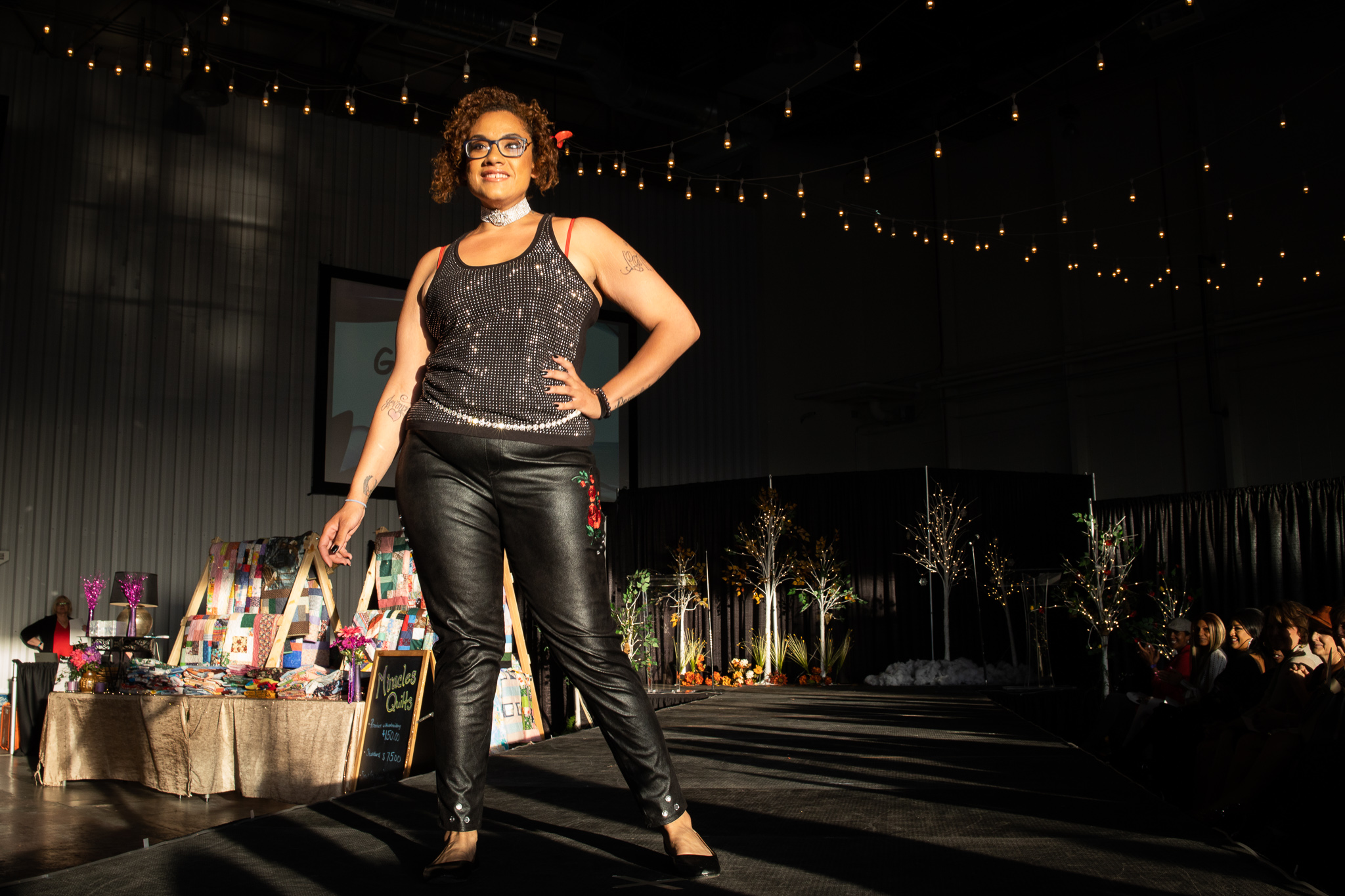 The night was made special because women who have personally received the gift of the Miracles Program got to strut their stuff down the runway. Some told their stories of their road to recovery. Sable Alexander, a graduate from the Miracles Program and featured model, bravely told her story and said, “The Miracles Program is the best program you will find. It’s about women lifting other women up. It’s not about dwelling on the past but looking back and being proud of how much you grew.” Not only were there women from the program in the show but one was a featured designer. Cindy Ortega showcased her design skills during the summer segment with her line, GG Fashions. She was asked if she was nervous to show her designs for the first time and she simply responded, “I’m not nervous. I am excited.”

Not only was the audience there to watch the show but many of them gave substantial donations to the program through a lively and interactive silent auction. During the middle of the show, hosts Lane Lyon and Wendy Brockman, stood center stage and shouted out donation amounts. Groups of men and women raised their auction numbers to donate several different amounts. Donations benefited Mile High Behavioral Clinic and the outstanding services they offer such as hygiene supplies, cooking classes, quilt making and transportation options. Because of donations like these, women like Alexander can say, “My life has changed dramatically since being in the program.”

The night was more than fashion, it was a group of people coming together to celebrate, uplift and give further help to women in recovery and future women looking for aid in their recovery journey. The event showed these women are so much more than their addiction and in the words of host Brockman, “These women are strong, they are brave, they are fearless and they are fierce!” 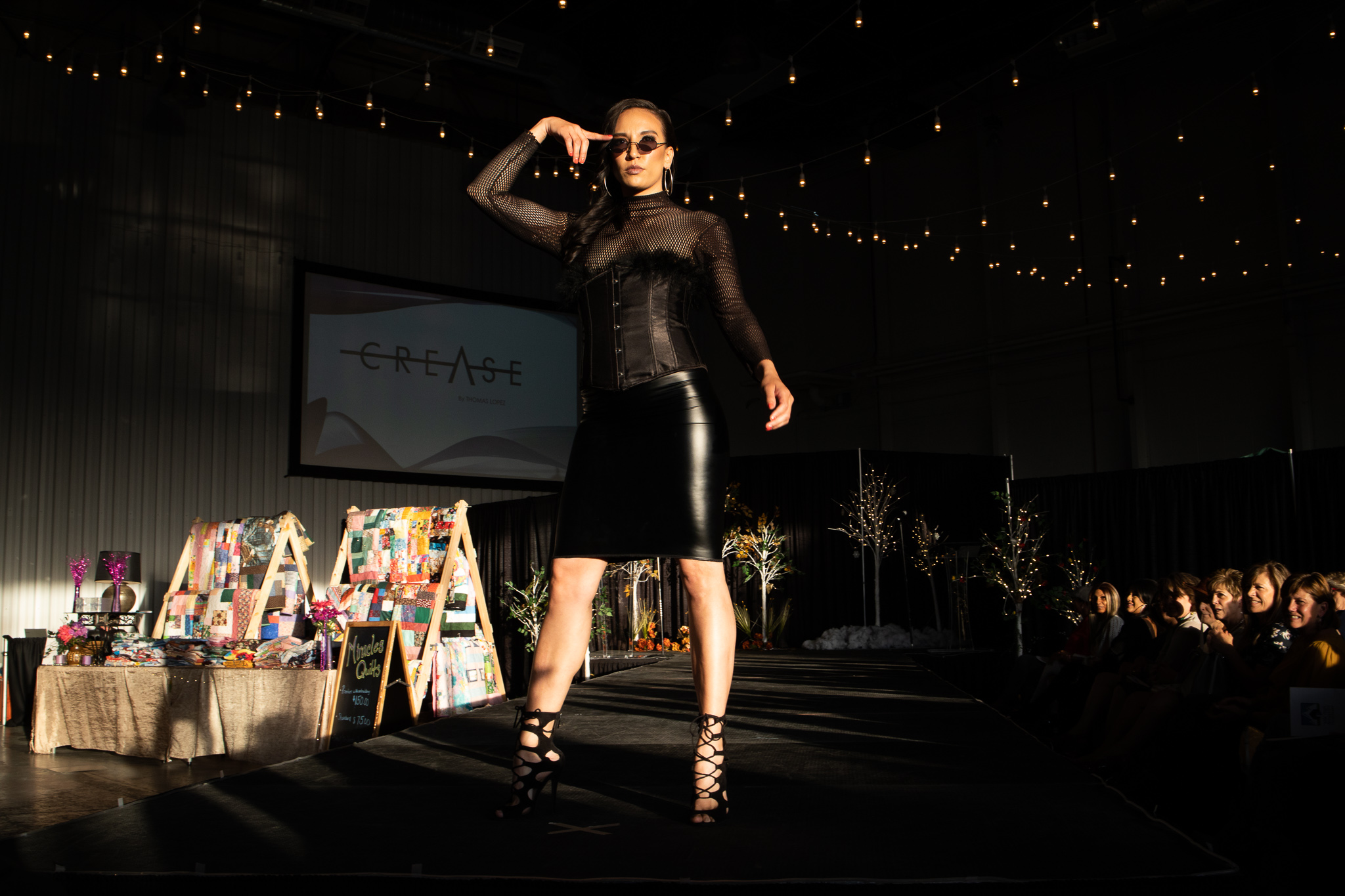 Design by Crease by Thomas Lopez. 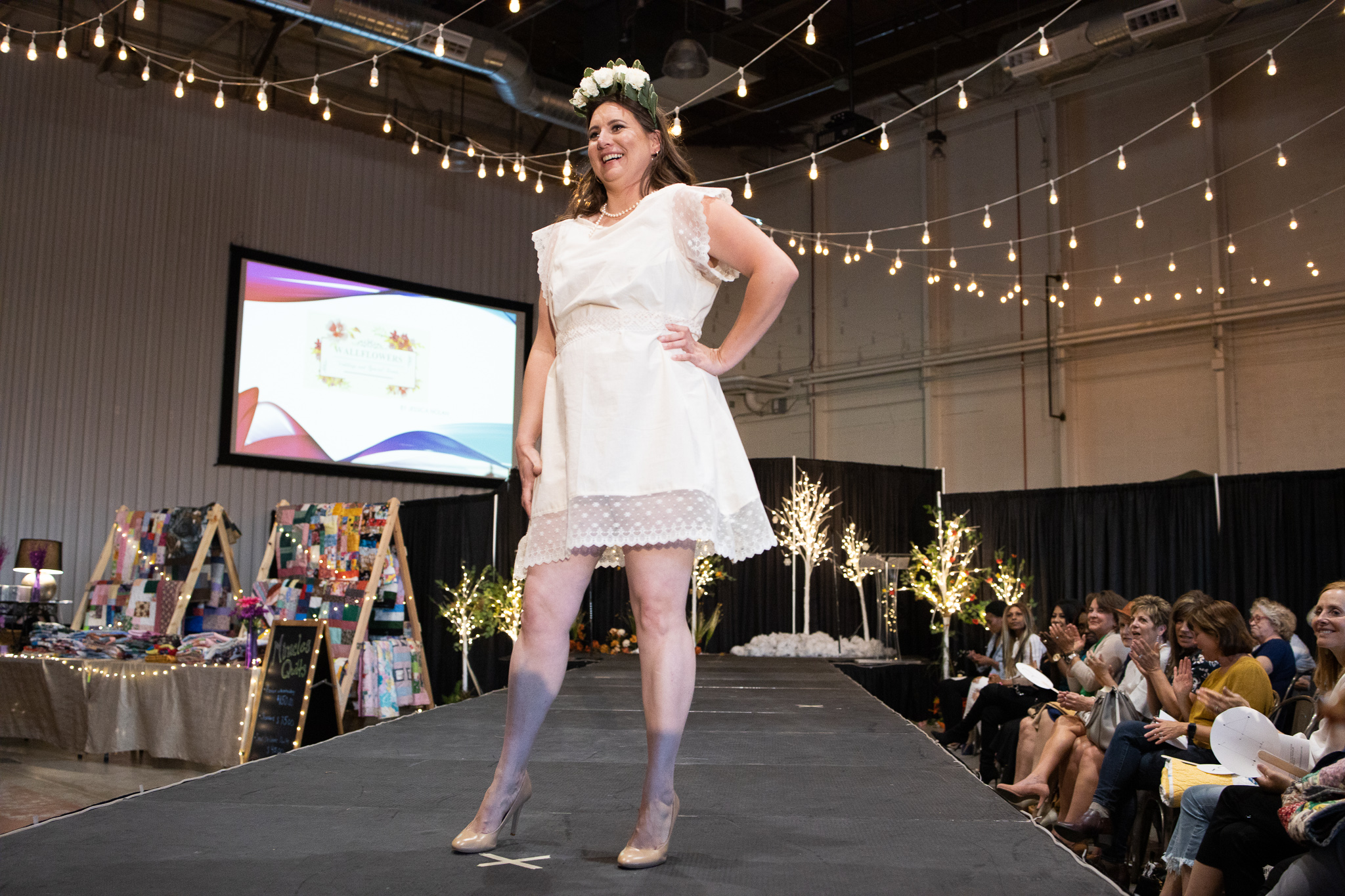 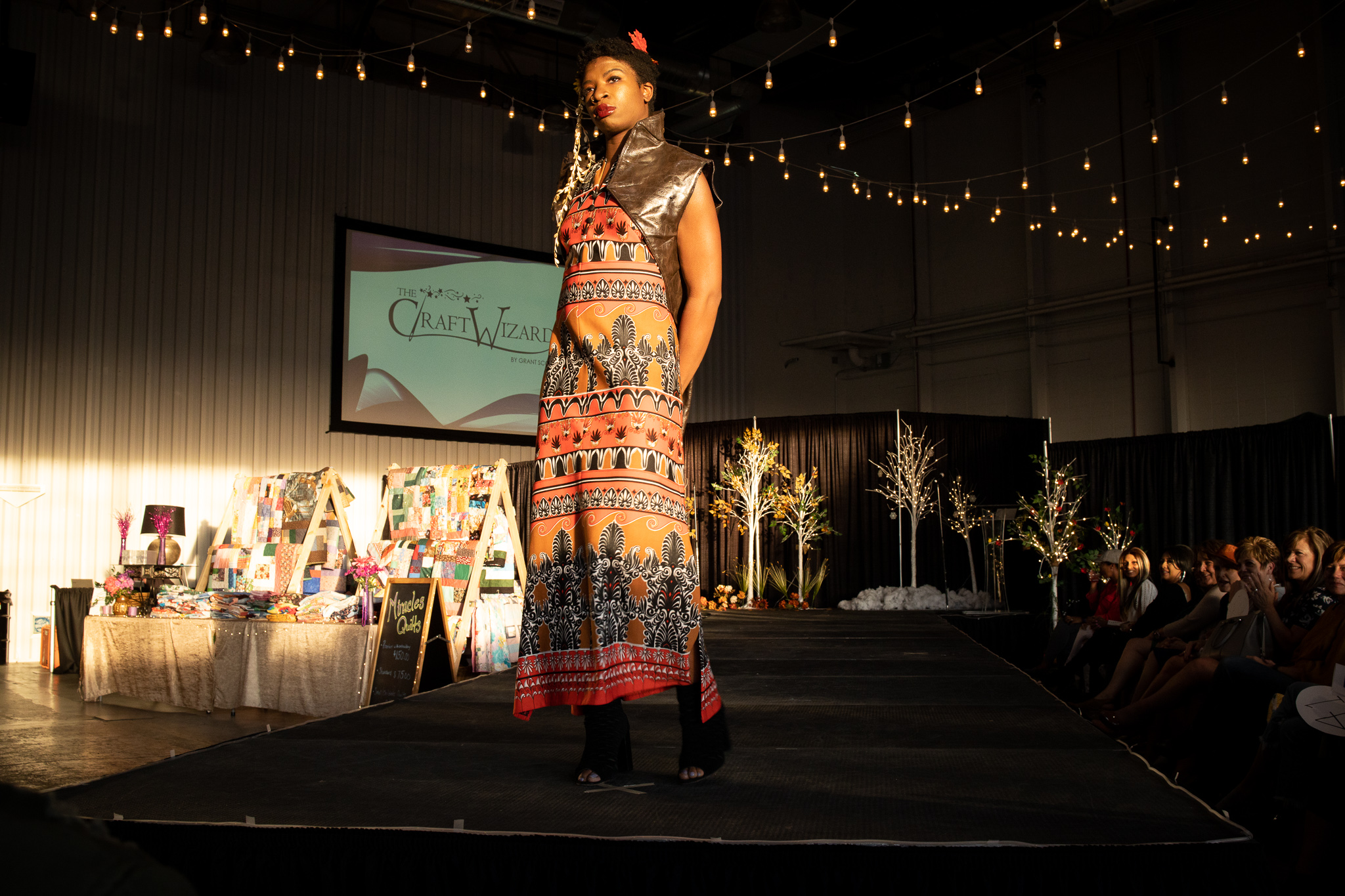 Design by The Craft Wizards by Grant Scovel. 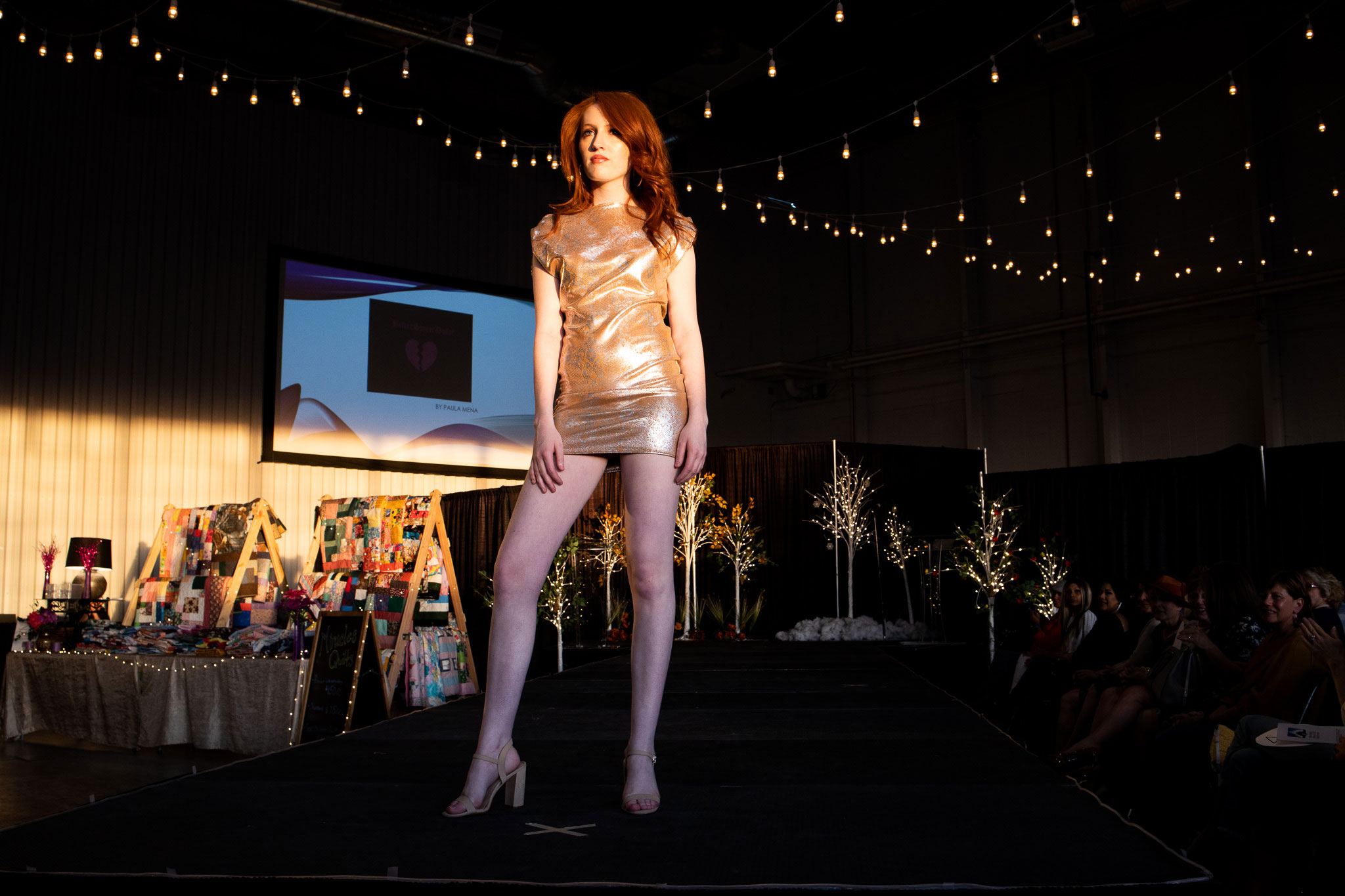 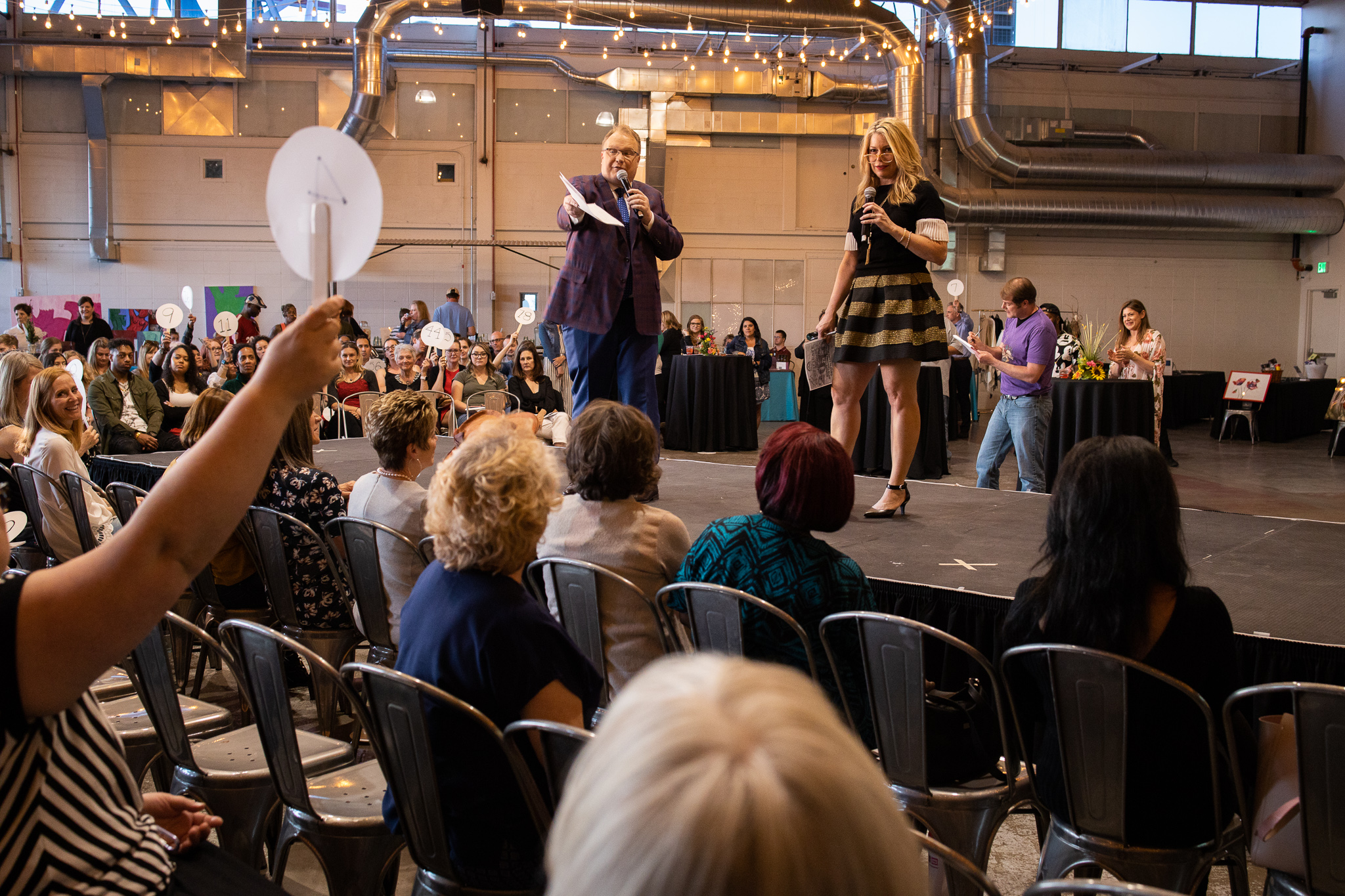