Grace Clark has perfected the art of the “singer/songwriter,” creating moving imagery through her poetry, and setting them as lyrics to her simple yet finely tuned music. The instrumentation is simultaneously modest and elegant, pairing beautifully with her words, whereupon the combination feels like the completion of a puzzle. Or as Clark describes it, she’s making music that “feels like home.” Her new EP is made up of five songs, each different from the next, though the whole is perfectly consistent. While the songs hold a versatility between them, Clark transitions flawlessly and pieces together the five songs with an overarching theme of heartbreak.

Having studied music all her life, Clark was raised with an operatic background, receiving an extensive classic training before breaking out of that mold. It happened at a show for local band Meadow Mountain, when Clark discovered the “absolute magic” of bluegrass music. The authenticity of the music her now-friends Meadow Mountain were playing flipped a switch in Clark, and she says that looking back on it, “it feels like everything comes full circle.” She especially feels this way about Denver, a “more intimate” city where you have “different genres mixing over and so many people to collaborate with.”

Clark has been building on that sense of community — she’s made the rounds through the local festival circuit including RockyGrass, RapidGrass and Arise, and now it’s due time we catch Clark on record. For her first EP, Clark picked her five favorite songs that fell in line with the themes of heartbreak and loss. Where “Tell Me” and “Alone” are about the trials of a romantic relationship, “Nobody Knows” touches on the tough subject of overdose. Though vastly different topics, the songs fall along the same spectrum of “lonesome and heartbroken.” Clark’s musicianship speaks volumes as well, moving from folk in “Hush Little Baby,” to country in “Tell Me,” to acoustic rock in “Alone.” 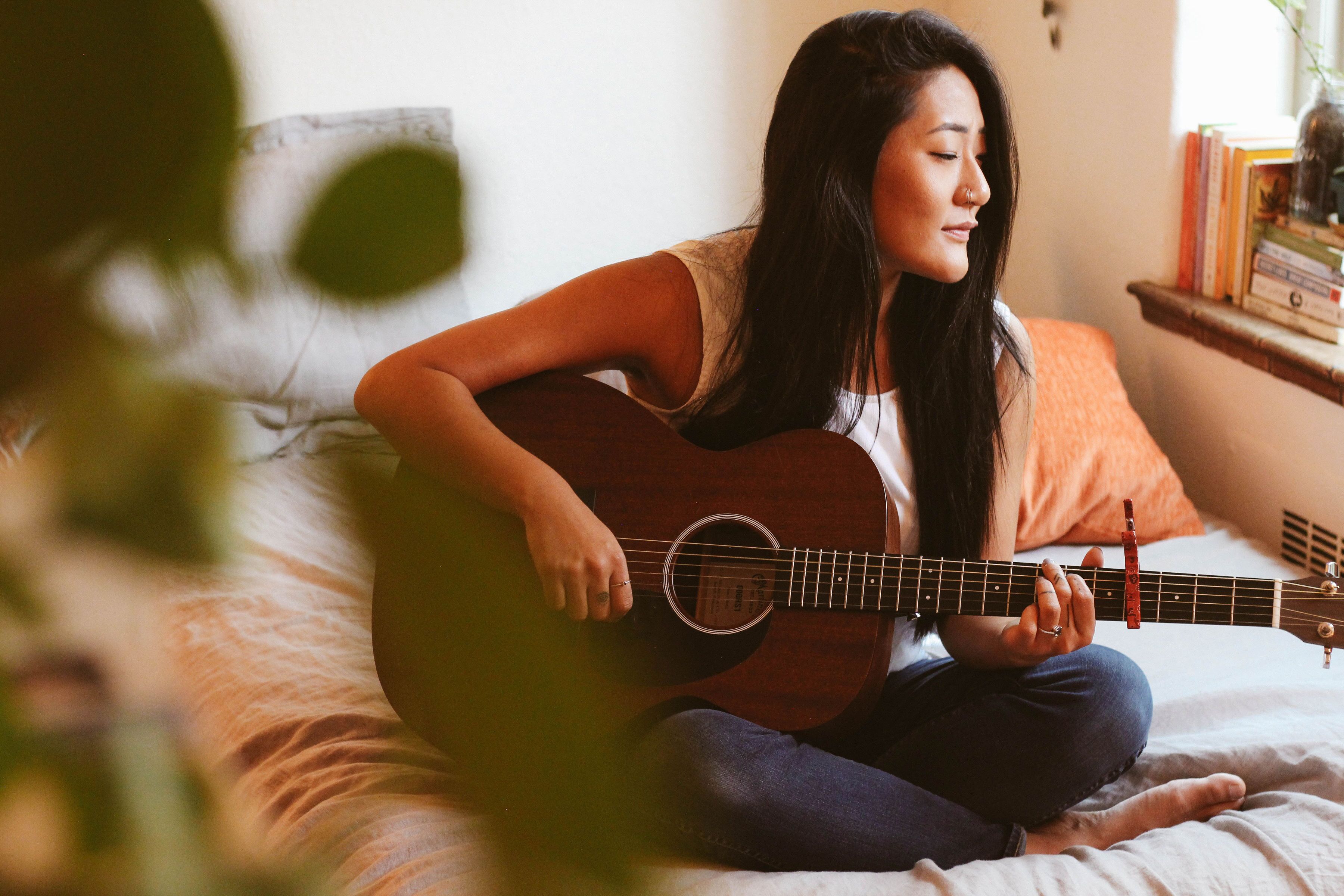 Clark is a poet first and foremost, and her lyricism is the shining star of the EP. Some stories are more obvious to the listener, like in “Alone” — “Deep inside I already know / I don’t need someone to tell me I’m whole / But I cling to the stories that tell me I’m wrong / Any chance to hold on and not go it alone.” Others are vaguer and leave room for wonderment, like in “Oh Mei” — “You and I, we aren’t so different / We will never speak our minds / Instead you’ll write it on some paper / And I’ll sing between the lines.” Set to her accompanying guitar, the five songs end up sounding like from a dream.

Aside from her immense talents as a singer/songwriter, she’s also making waves demographically. The bluegrass genre is still relatively white and male-dominated, and Clark not only being a woman but an Asian-American woman sets herself apart from the rest. “This music isn’t necessarily reaching all types of people,” Clark expressed, and she stresses the importance of young women and young people of color looking up at a stage and seeing a performer that looks more like them.  She’s keeping proactive with this communal goal she’s set, teaching at a music school in between creating and performing music. Clark sees her future self striving “to keep the strength, to get myself out there and to connect,” progressing as a musician all while helping our community move forward.