Meadow Mountain’s modern yet old-fashioned bluegrass totally embodies their home state of Colorado. With tales sung from the tops of the Rocky Mountains to the base of the Front Range, even their name is an ode to a mountain in the High Rockies. They’re the epitome of what it means to create and play bluegrass music, with a theme of snowy peaks, autumn leaves falling and free-range summertimes — and they’re keeping things simple with their debut, self-titled album Meadow Mountain scheduled to release this Friday, November 2, with an album release party at Ophelia’s Electric Soapbox the very next evening.

Take a first and exclusive listen to Meadow Mountain before its official release on Friday here.

At the 2017 RockyGrass band competition, not only did Meadow Mountain win, but their win caught the attention of Grammy-winning The Infamous Stringdusters’ Chris Pandolfi. With Pandolfi as the producer for the new album, Meadow Mountain now has a string of 11 carefully curated bluegrass tunes that are both fresh and new while also being traditional. The band would describe themselves as “a progressive Bluegrass band,” and as they explained, “there are many influences that push and pull our ears in different directions.” Depending on which member is leading what song and who might be on vocals, the 11 songs all have a unique sound from one another. While “Radio Waves” has a darker, more folk-inspired sound, “Careless Heart” sounds like your good, old-fashioned bluegrass. 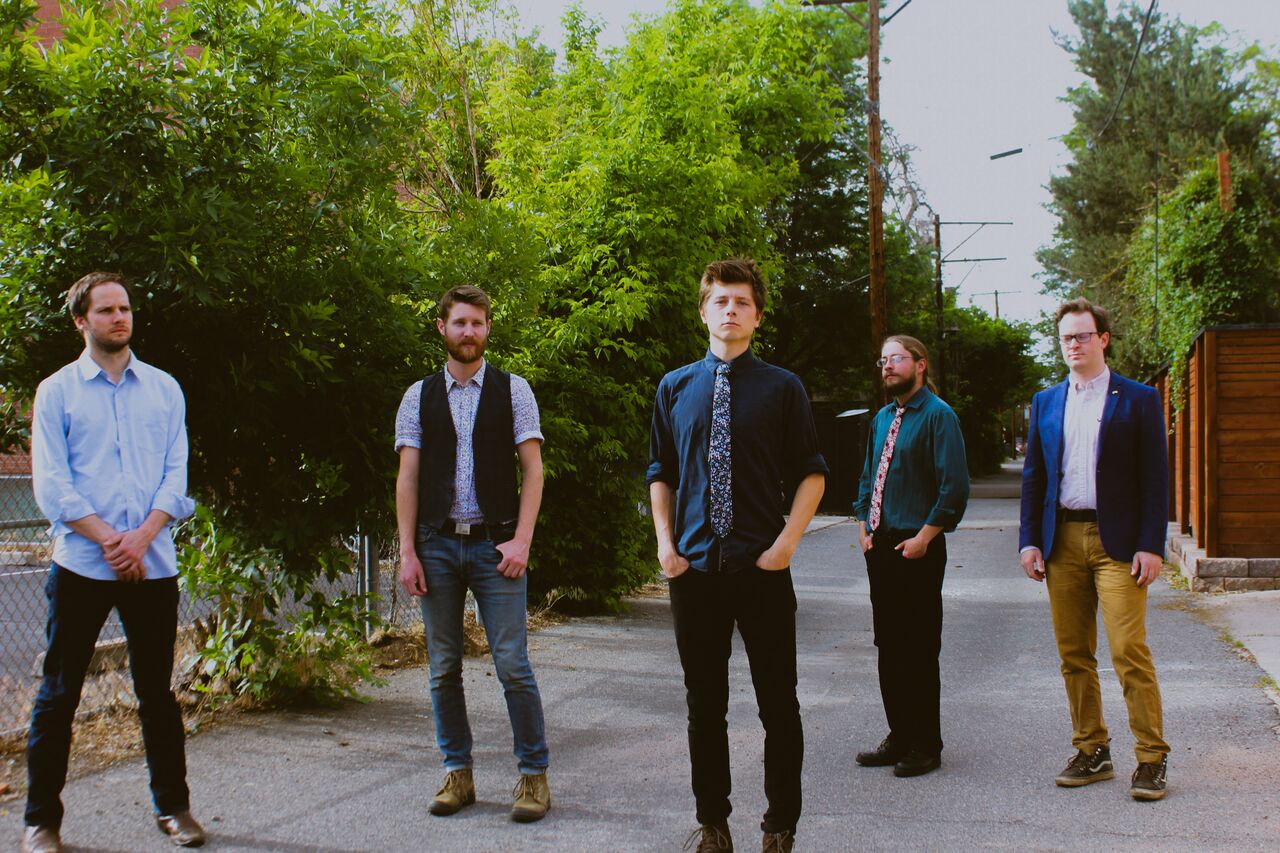 Courtesy of The Press House

Meadow Mountain and their Meadow Mountain are the newest additions to The Infamous Stringduster’s own label, Tape Time Records, and working with the best in the business helped the album be as beautiful and full-bodied as it is. While working with Pandolfi, it was clear to the band that they “weren’t just working with a solid musician with a good ear” and that they “were working with a man who carries the title of ‘producer’ just as effortlessly as he does his various other musical titles.” The collaboration of Pandolfi and Meadow Mountain created an album that is timeless and delicious, whose overarching themes of the mountains and of love make for one truly invigorating piece of art.

Just one of a handful of the highlights on Meadow Mountain is the broken-hearted love song, “Shadow Of A Mountain.” The tune, which is an all too well-known story of saying goodbye and parting ways with a lover, is set to a background of some magnificent pickin’ and pluckin’. It’s simple yet complex, and speaks more volumes than its easy listening initially gives off — “I remember the night that we parted / One tear fell gently from your eye / but the call of the wild I could not deny / As I said the words of our last goodbye.” 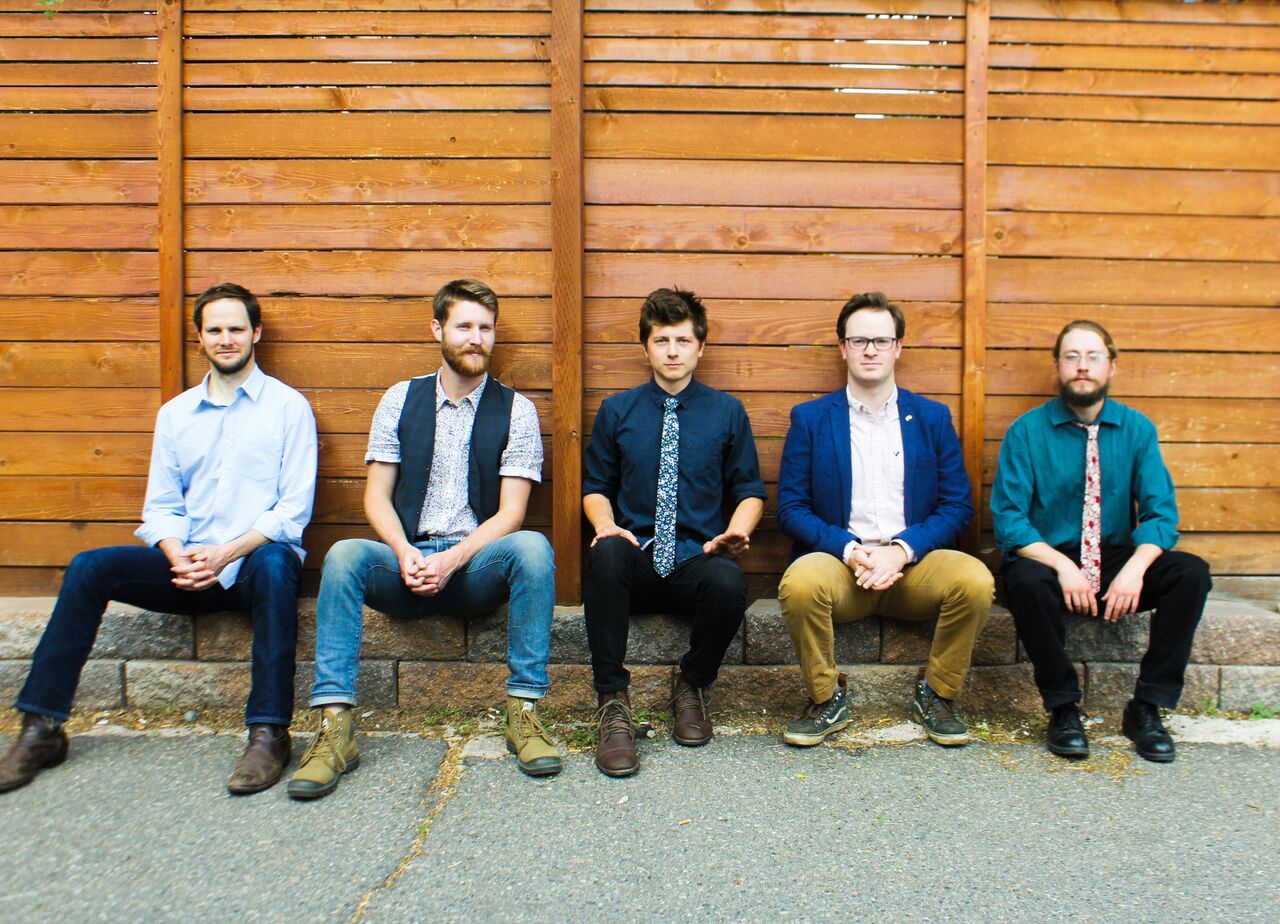 Courtesy of The Press House

Further expressions of gratitude for the peaks and valleys of the Rocky Mountains come in the homesick tune “Follow Me” and the metaphorical “Rocky Lady.” The talent shone through the album does not end there, however, but begins again with the Irish-inspired “Flying Leaf Jig” and the album’s closing instrumental, “Raji’s Romp.”

Aside from mountain life, the last portion of the album is a story of being on the road, with songs like “Celestial Navigation” that boasts musical solos, or “Sailing To America,” that tells a story of returning home. When all is said and done, Meadow Mountain’s namesake debut album does them and their music justice, staying true to the heart of who they are, which they described for us in their own words — “Bluegrass is the heartbeat of this project. It lies at the core of everything we do.” And on November 2, Meadow Mountain will be released as one of the more interesting, more well-rounded and overall better bluegrass albums of the year.