This is the third story of the ongoing series Deep Cuts, which highlights a local DJ here in Denver every month. The series includes a profile on important underground DJs around Denver and five of their favorite songs right now.

The true club kids — the Ritchie Rich’s and Amanda Lapore’s of the world are a dying breed, and Denver’s DJ Dutch Confetti is among the last. Not belonging to the generation that defined an era, rather a Millennial at its mercy, Confetti is steadfast to their virtues and divisive ethos — a torchbearer per se, boldly representing the flamboyant culture in a city where it’s long died out. His real name and identity, emitted for the sake of separating his “pop-life” from his reality, exists on a completely different plane than his arresting Karl Lagerfeld-esque appearance would suggest. Performance art in the flesh, Dutch Confetti is a rare sight of self-indulgence and decadence in Denver’s DJ world, one who has his cake and can eat it too.

Confetti’s nightlife odyssey begins as many do, in Upstate New York in 2004 where he went for school, escaping to the clubs in Manhattan on the weekends. A drag queen before “RuPaul’s Drag Race,” when it was “not super cool and a little punk” Confetti worked his way through the clubs, from full-drag bathroom attendant and security to performing as well. Laid-off from an immersive dinner theater at a Times Square Hotel he was most recently working at and suffering from Keratoconus in his left eye, Confetti made his way to Denver where his parents lived, figuring he could recenter, go back to school and get his eye fixed as well. Unable to rely on the drag scene draw that kept him afloat in New York, Confetti turned to DJing. 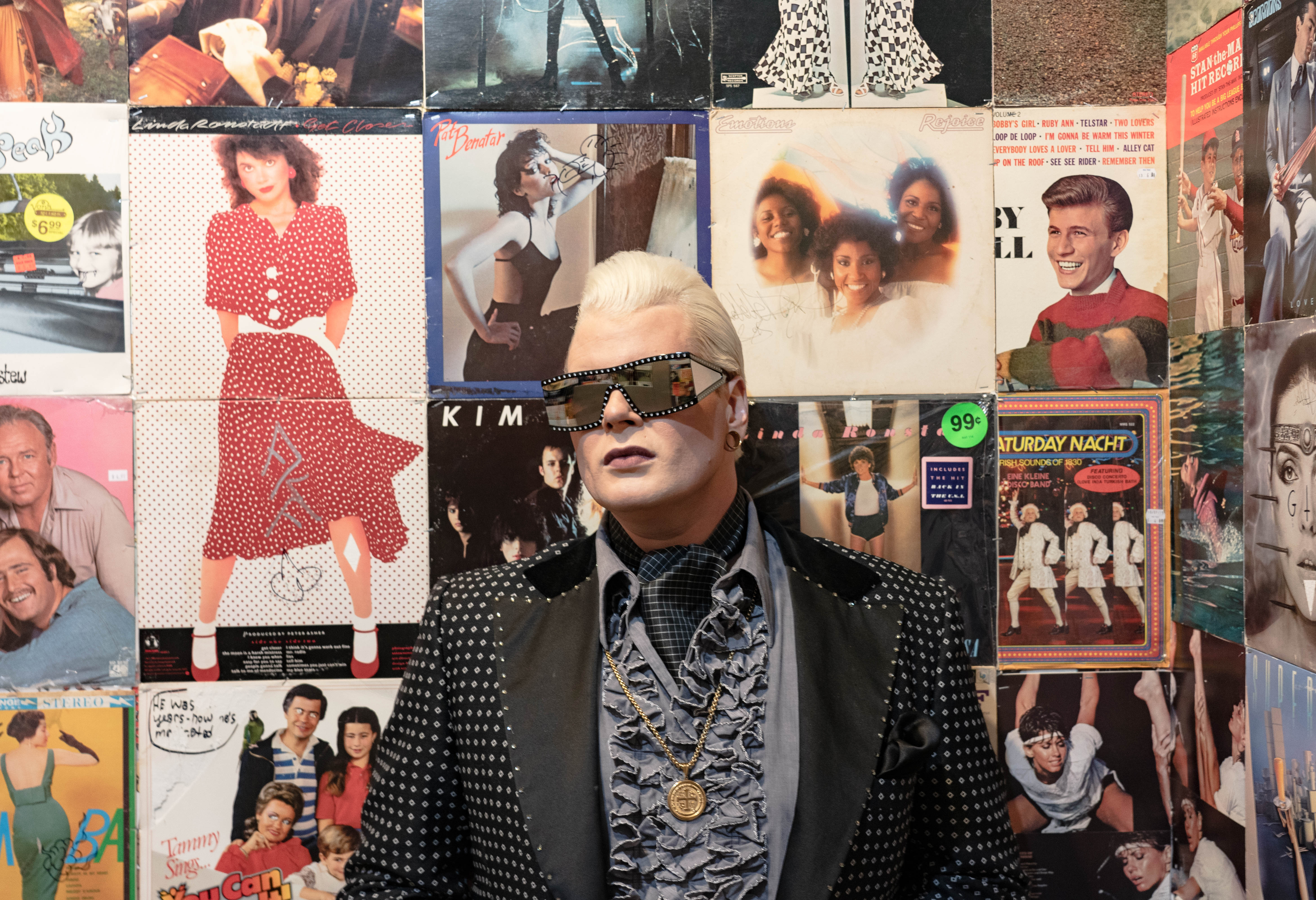 Stationed at venues like Gladys: The Nosey Neighbor for their dark drag night, Koven, and at Pon Pon art bar in RiNo, sticking to a script for Confetti is out of the question.

“I really like mixed genre parties because they’re less constraining. I have a very eclectic mix — I’ll go from salsa to industrial to mid-century rock, like the Shangri-Las to ’80s new wave. To me it, it all connects — it’s about finding that connection and doing it through genre is just too easy. I’ll be fully honest, there are DJs who mix better than me, but I feel what I excel at is cultivating an experience.” says Confetti

Inclined to break the rules as he shuffles through them, Confetti’s favorite rule to break is injecting comedy into his “dark and sexy” residencies.

“When you can make someone laugh it’s a very profound connection especially since humor is so subjective. That’s what’s engaging, so, when I play weird little soundbites from The Golden Girls between songs, I get a response especially when I’m at a gay bar — they love that shit. Even if I play the theme song to Bewitched someone will remember that show and  that’s kind of my thing.” 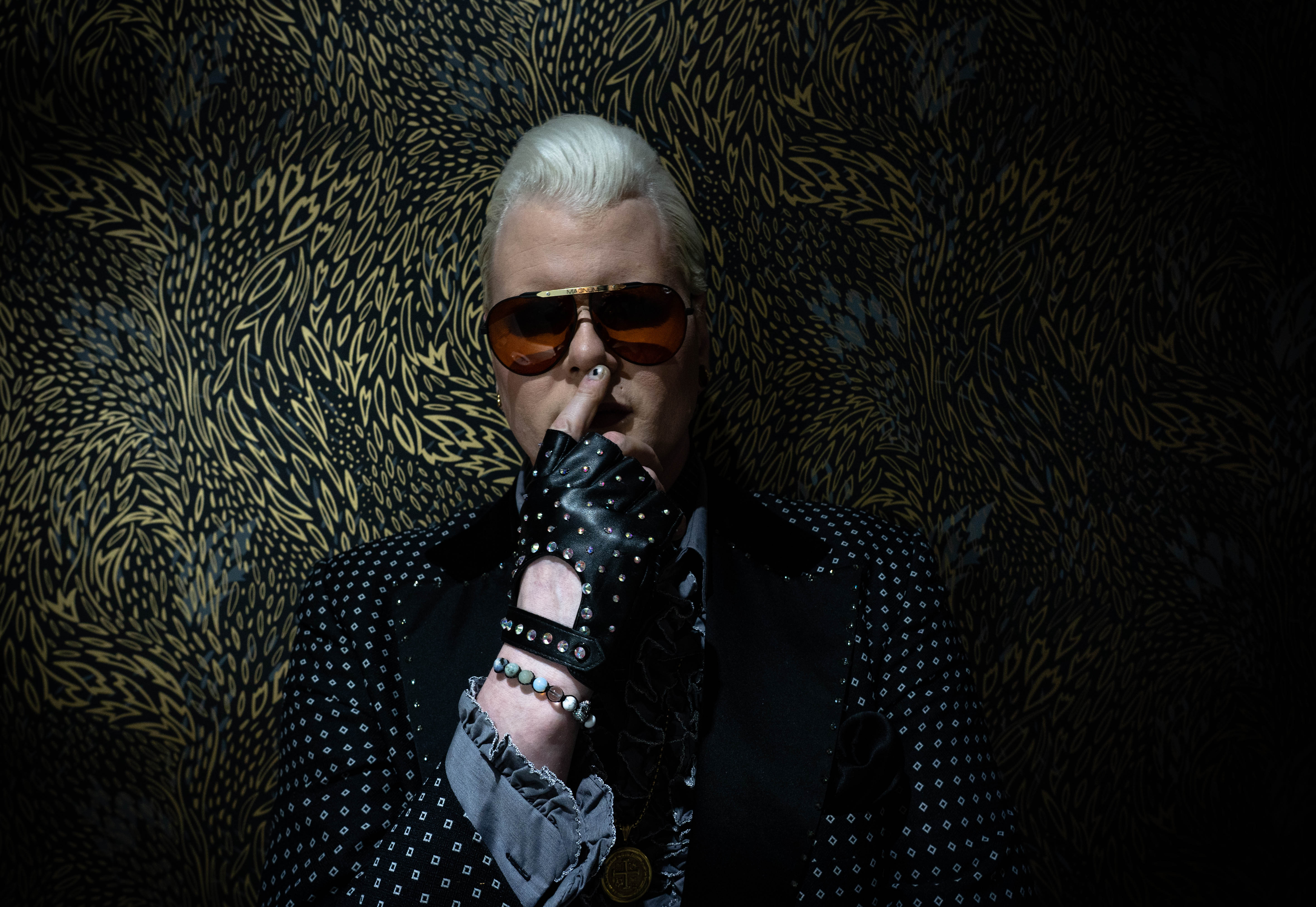 In the flesh, Confetti is regal and posh as they come, to the point where it’s difficult to discern whether its the character talking or the man behind the austere mask.  Perhaps it’s the fact that Confetti takes his visual aesthetic as seriously as his sonic palette, calling his Dutch Confetti character, “a decadent alien sent to Earth to save us from ourselves,” in the same breath comparing his character to Ziggy Stardust molded by Studio 54. Almost always donning glasses to his gigs, Confetti finds himself the absolute authority over the dancefloors and bar settings he reigns over. Fittingly so, the majesty of Confetti begins with his namesake. Derived from his original, and admittedly obnoxious drag moniker — The Duchess of Razzle Dazzle — rounding out with Confetti as an ode to the great Rip Taylor. As his name would suggest, for Dutch Confetti, when its showtime — he comes to entertain.

Traversing from goth clubs to disco nights and gay clubs and more in between, Confetti understands his capabilities of crossing musical borders and employs it at nearly every gig he plays. Through the many late nights and the many crowds that spill out before him, there are some aspects of New York’s spectacles that he misses.

“I wish Denver was a little less self-conscious in some ways and also more self-conscious in others. I miss good old fashioned club kids and I totally get that that’s unique to like New York, LA, and Tokyo. But, they add so much to a night, that you know, it’s worth comping some kid at the door who spent 16 hours getting ready, building this elaborate costume because it adds to the environment. There’s not really club kids here anymore. I’m a halfway point. I’m almost a club kid, but a little too stylish and that comes from not being self-conscious. Gimme a couple of freaks in there in the mix to kind of break it up. So I wish, more kids would take that approach.” 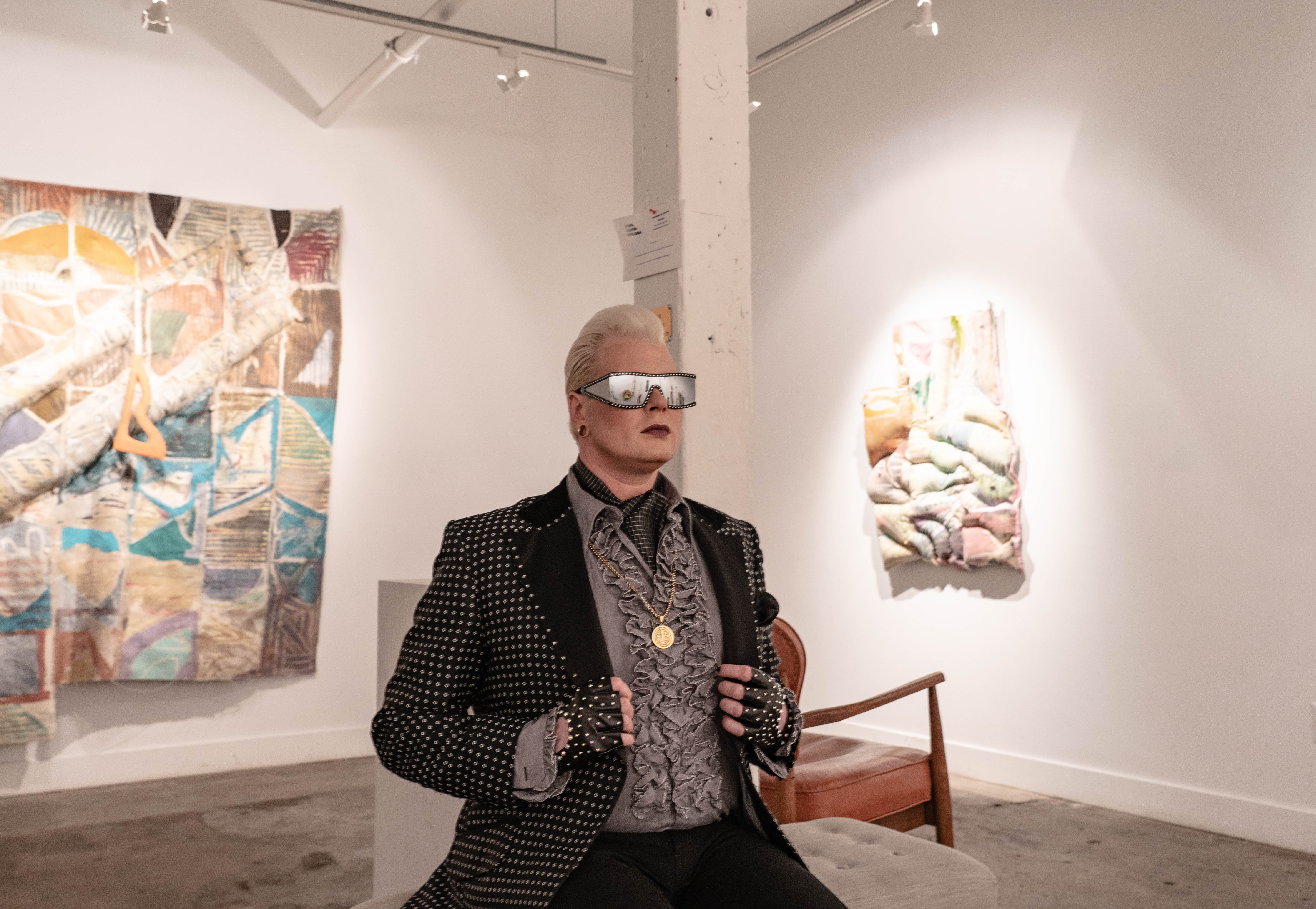 Like the groundbreaking club kids that came before, Confetti’s best attribute is perhaps his nonconformity and his desire, no, his propensity to shake things up. Whether that’s injecting Lady Bunny routines into sets or throwing the goth kids for a loop with the Harry Belafonte’s “Jump the Line” its a “lunacy and luxury” as he calls it — freedom of magnanimous self-expression, that makes Dutch Confetti far different than your typical club DJ. He knows his audience, but he knows their interactions and how he sets the stage for such interactions supersedes the spinning itself. To a degree, he’s not so different now than his drag host origins. As a draw of flamboyant outward personality, Dutch Confetti is a fan-snapping auteur of culture as it moves through his posh exterior and the music itself — It’s punk, it’s edgy, it’s a bag of mixed-up confetti.

Dutch Confetti performs at Glady’s: The Nosey Neighbor every 2nd Monday, Pon Pon every 2nd Friday, “Wake the Dead” at Milk Bar every third Friday and “Dark Entries” at Trade every 4th Saturday.

Check out Dutch’s deep cuts below: