Biking in Denver can be hectic and stressful if you are not riding on specific bike trails, are inexperienced or don’t know the best routes. Avi Stopper and other cyclists around Denver want to change that, so they came up with the idea of the Bike Streets Project. The project is building a map of low-stress bike streets and subsequently a community of people that can access the map of routes and experience a whole new way of biking the city.

Stopper gave some insight stating, “the idea is that you could ride on a street like Ogden to any other place in Denver without ever getting off streets like Ogden… The cool thing about it is that it’s not particularly innovative in its own right — it’s building on something the city has already done. The city has this idea that they call the neighborhood bikeway and there are a few of them scattered around town and they are, as the name suggests, neighborhood streets where biking is encouraged and it’s great for the neighborhood because it reduces the amount of cut-through traffic, slows down traffic volumes and it gives folks in those neighborhoods places to ride. The problem with the neighborhood bikeway thing is that they are just few and far between.”

Stopper took the city’s idea to another level by connecting these bikeways together in a map and making a whole new system that allows people to know the best and least stressful routes. 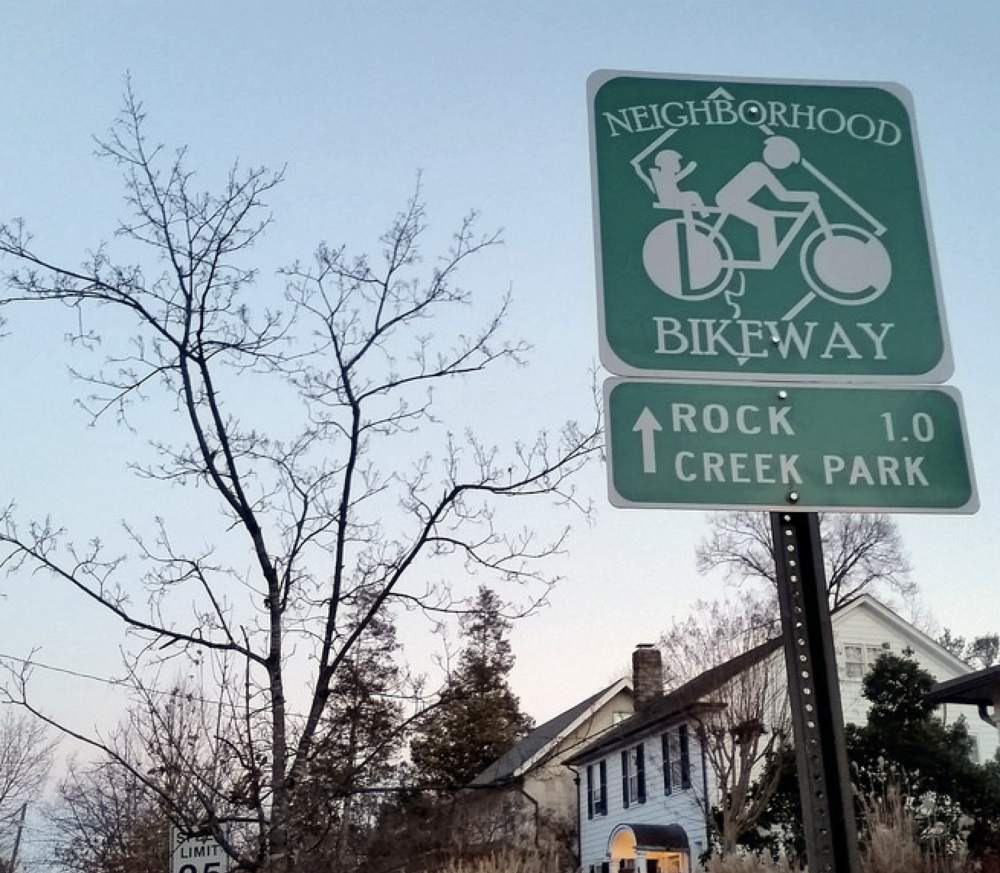 “I just wanted to say, let’s see if we can accelerate the process of producing these types of facilities by just going out and asking where are good places to ride today? I don’t want to have to wait 10 or 20 years till I’m an old man to be able to ride in low-stress environments around town. So I created this map. It’s now about including the trail network, so it plugs into things like the South Platte River trail, Cherry Creek trail [and other trail networks].”

Stopper isn’t the only one working to put together the Bike Streets Project map — he and 85 neighborhood captains who live around the Denver metro area volunteer their time to explore the best routes to take, creating and refining these routes into the map. When these routes are made, people in the surrounding areas are then able to have free access to them, instead of having the difficult challenge of finding their own routes. By using these neighborhood captains and gaining knowledge from those who regularly ride the streets, the Bike Streets Project is able to have the best routes, instead of ones that Google might suggest and might not actually be that safe or that comfortable for day to day use.

“In many ways I think that what’s so powerful about this, often if you’re riding around in your neighborhood, you’ll see families out riding and that sort of thing. You’ll see people who are just kind of cruising around in their neighborhoods. And I think of that as folk knowledge — the knowledge that a community has developed over time about where the good places [are] to ride in our neighborhoods,” Stopper explained.

So the bike streets map, combined with the neighborhood captains, are tapping into that folk knowledge and immortalizing it. Stopper and the rest of the team want people to feel comfortable traveling from one neighborhood to another — in order to appreciate the businesses, restaurants, breweries and other events in other areas in town — while still feeling comfortable and safe.

The project aims to connect everyone in Denver who is interested in cycling — not just avid riders who have access to the best gear or those who are using their bikes as a means to get to work. The Bike Street Project is all about giving everyone a chance to use Denver’s streets and bike trails as an effective alternative form of transportation. 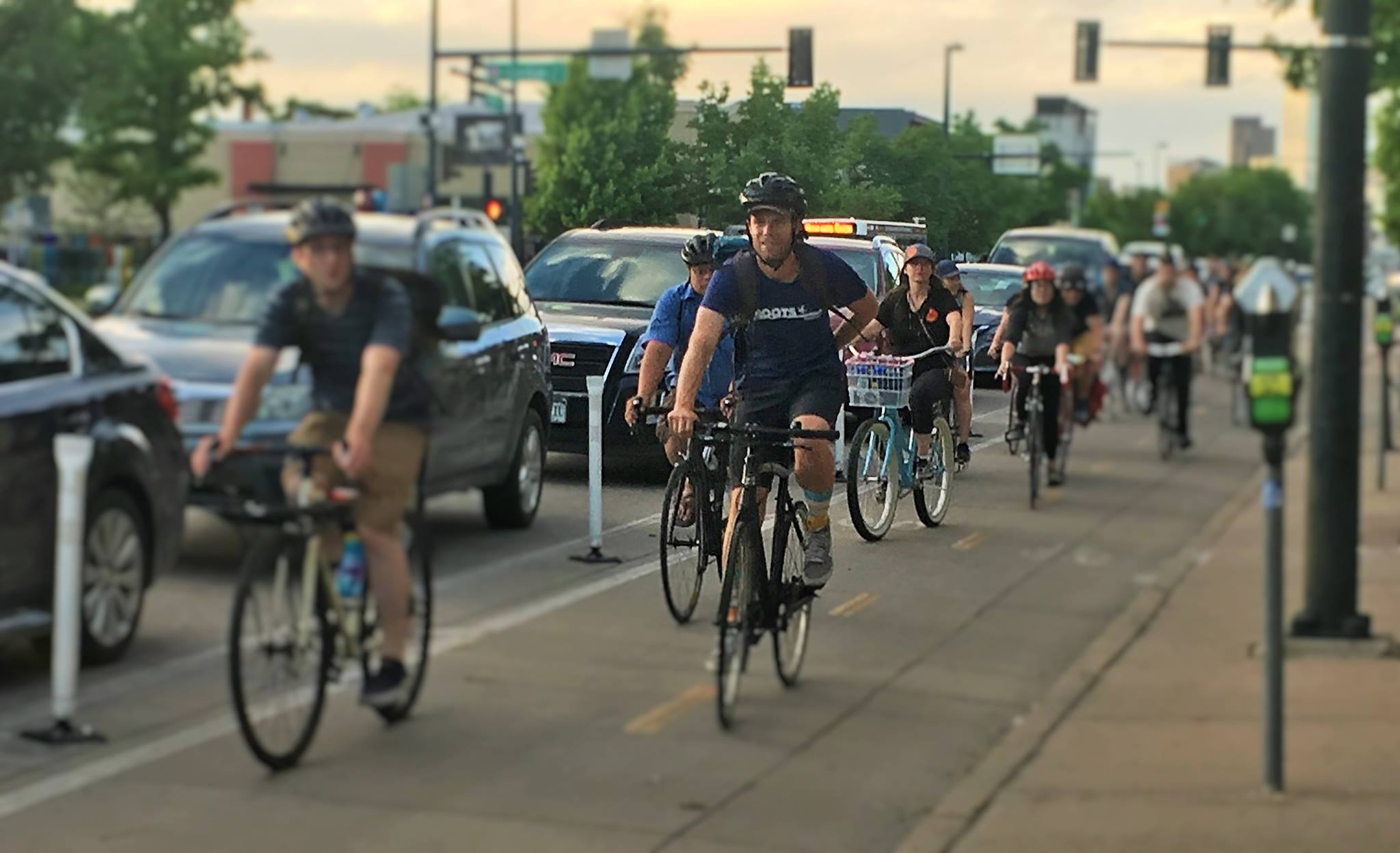 He gave some insight into upcoming plans stating, “so in 2019, our objective is to get tens of thousands of people on a monthly basis out riding these routes.” In order to do that, the neighborhood captains are “out rallying people in their communities” while Stopper and the rest of the Bike Street Project team spend time fundraising and working on printing hard copies of the map to pass out around the city. Their goal is to raise $10,000 on Kickstarter in order to pay for the cost of printing. If they succeed, the maps will be handed out at coffee shops, schools, community centers, recreation centers and libraries — for free. Then, the next step will be creating a mobile app for even more accessibility.

The Bike Streets map has been used more than 55,000 times and that number can keep increasing as the Bike Street Project is able to raise more funds.

If you love biking and want to get involved with the movement you can donate to the Kickstarter and have access to the ever-growing map. In the meantime, grab your bike and a helmet and hit the streets of Denver to explore and become part of the community.

Donate to the Kickstarter here.