The annual Juneteenth Festival is set to return again over the weekend of June 15 and 16, and this year’s festival will certainly be one for the books. This year’s edition will be headlined by none other than ’00s pop and r&b star Ashanti. The free festival, the largest African American celebration in Colorado and one of the largest Juneteenth celebrations in America, commemorates the day slaves were freed in America, and Denver’s celebration is proceeded annually by a march signifying such. Juneteenth nationwide is the oldest celebration celebrating the end of slavery, dating all the way back to 1865.  In previous year’s the family-friendly festival has hosted the likes of Slick Rick, Jadakiss and many others throughout the years. In addition to the entertainment, this year’s event will feature three stages, day parties, more than 150 vendors, a beauty market and an NBA 2K tournament.

The Juneteenth Music Festival will take place in and around 27th and Welton Street from Saturday, June 15 through Sunday, June 16. 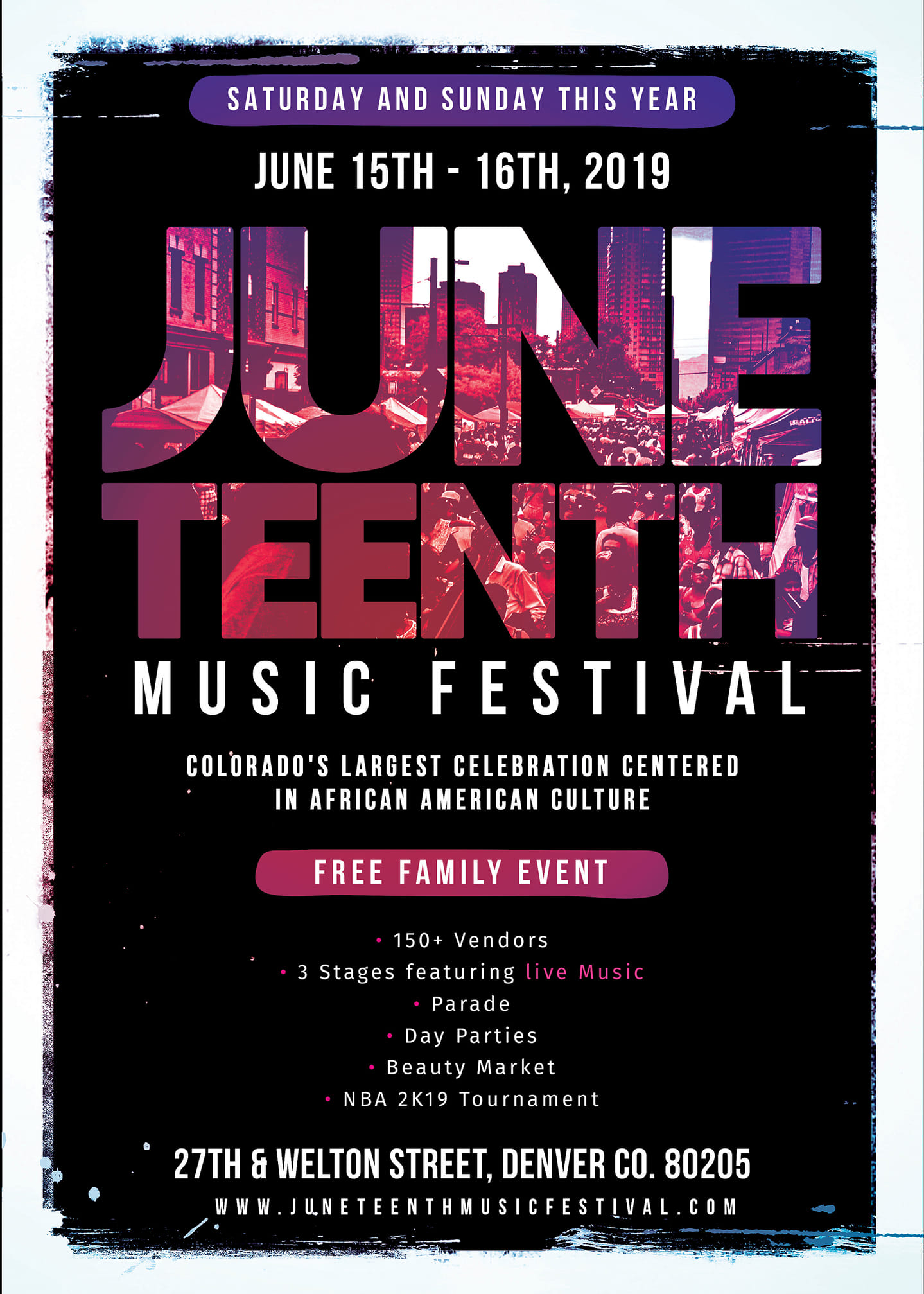