For more than 30 years, SXSW has been a beacon of shining light for musicians and creatives across North America. Since the 1987 birth of the fest, SXSW has hosted noteworthy names like Johnny Cash, Tony Bennet and The Black Keys.  This year, two kickass Denver ladies are taking over one of the best venues in Austin to throw one of the most badass parties of the year.

Those two boss ladies are Lauren Kashuk, owner of Ideaison, and Cassie Cowan, owner of Plus One Music Consulting. The pair joined together at Denver’s own Underground Music Showcase last year, teaming up to start the Denver chapter of shesaid.so — an organization that works to create opportunities for women within the local music scene.

However, this week they’re taking their efforts outside of the Mile High City to show the Lone Star State what badass women can do. Kashuk and Cowan are organizing a showcase to highlight some of the talented women in music, curated specifically for the greatest music fest in the southwest — and one of the talented acts taking the stage is Denver’s own Mama Magnolia. 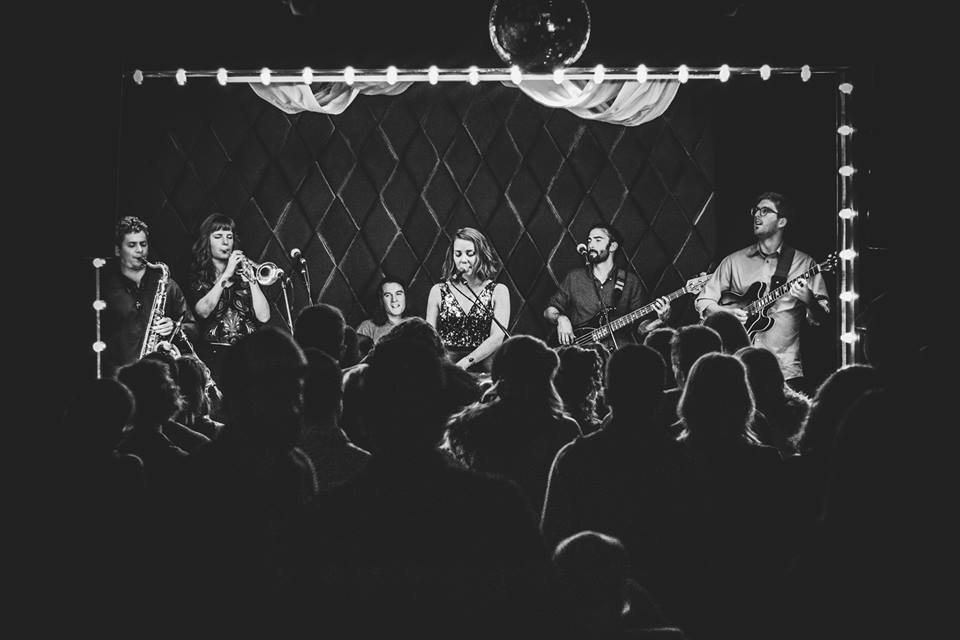 Kashuk and Cowan started their businesses, as well as the Denver chapter of shesaid.so, after realizing that in an industry dominated by men they would have to make a seat for themselves if they wanted to sit at the table. Their showcase at SXSW this week is an extension of that. The showcase is called ‘Elevated Taste’ and the whole experience fell together suddenly. And just as suddenly as the stars aligned, it all fell apart.

Upon arriving in Austin, TX, on Friday, Kashuk found out that the venue they had arranged to host the event was backing out, leaving the two entrepreneurs with a killer line up but no stage to play. Cue the panic. Kashuk immediately set out to prove to Austin that she is not a woman to be fucked with, starting with the venue owner.

“I was on the phone, actually screaming at the venue owner,” said Kashuk in an interview with 303 Magazine. “I literally walk into Mark Cuban, you guys — I literally flat out walked into him on the phone. Like, I didn’t even see him.  And I don’t know what I said. I was like ‘Honestly if you’re trying’ — I don’t even know what I said. I was like ‘if you’re trying to like, fuck with us, I’m not okay with it’ and I walked into [Mark Cuban] as I said that. I was like ‘Oh my god sorry,’ and I got even redder as I realized it was Mark Cuban, and he literally turned and looks at me — and this is also international women’s day, which makes it even better — and he looks at me and he takes a second. And then he goes ‘Get it, girl!’” 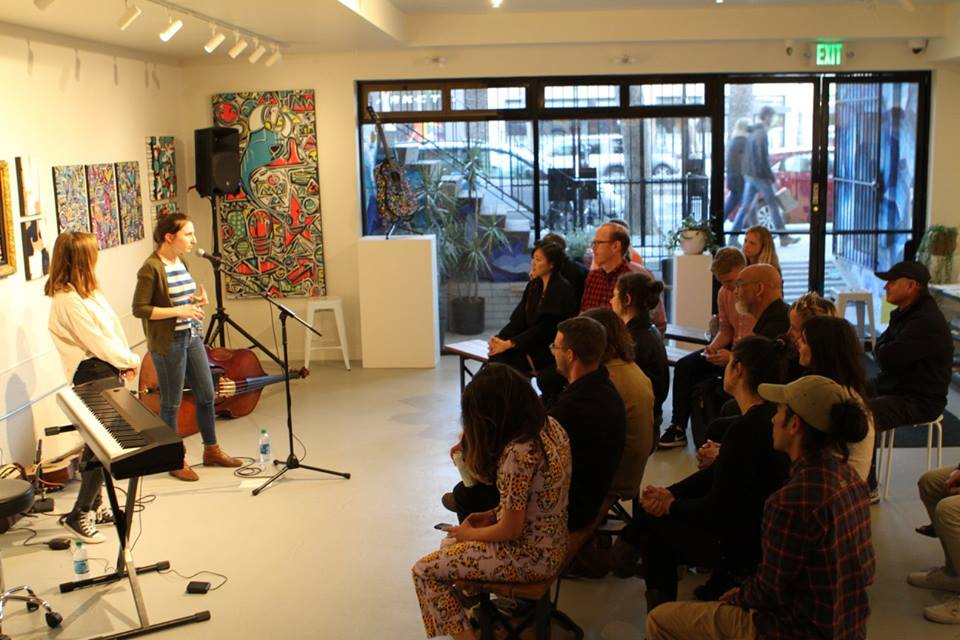 Shark Tank’s Mark Cuban may have been the first one to experience shesaid.so Denver’s determination, but after the showcase Friday he certainly won’t be the last. After Kashuk’s chance encounter with Cuban, the stars re-aligned and everything fell spectacularly back together. Just two days after the venue was maliciously ripped out from under their feet, Kashuk and Cowan transformed into the little engine that could and are on their way to hosting a kick-ass SXSW party.

In a miraculous turn of events ‘Elevated Taste’ went from losing a venue and careening dangerously close to canceled festival territory, to taking over arguably the greatest venue at SXSW. The party will now be housed in Mala Vida — what was known as the Pandora House at SXSW last year. 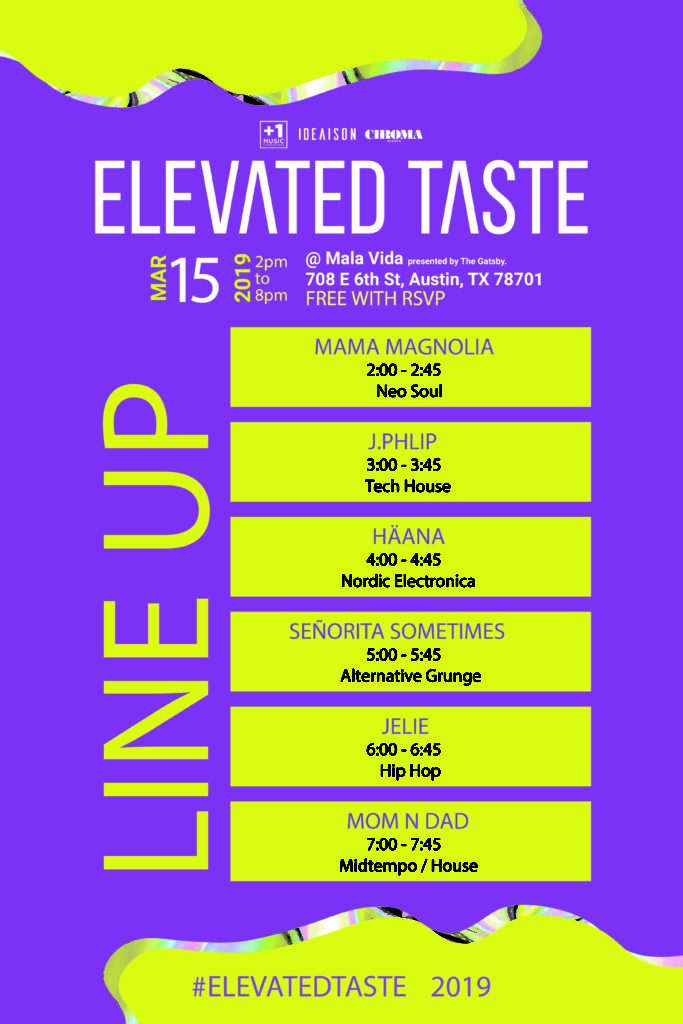 Not only has the venue changed, but the experience that’s being curated has changed as well. In addition to a larger event space, ‘Elevated Taste’ will now include live painting, tarot card readings, stellar swag and much more. Not to mention an open bar. The only downside of this kick-ass party is that it’s taking place 900 miles away from Denver.

Just as important as the party itself is the reason behind its existence. In an industry that is still very much a boys club, Kashuk and Cowan are here to prove that anything boys can do, girls can do — possibly better. However, that’s not to say that it’s a party to celebrate girl power. It is, but it’s also much more than that. It’s a party to celebrate the power in everyone, and encourage individuals to encourage each other.

“The big thing for me is,” said Kashuk, “as much as I want to pull this off to prove to myself I can do it, I want to pull this off to show other women and the girls on my team that they can do this too.  Just because they haven’t seen women produce and curate and create a one-day festival or three days or whatever that means — doesn’t mean that they can’t. Because there’s still such a huge disparity in the music industry. Like it’s so bad still.” 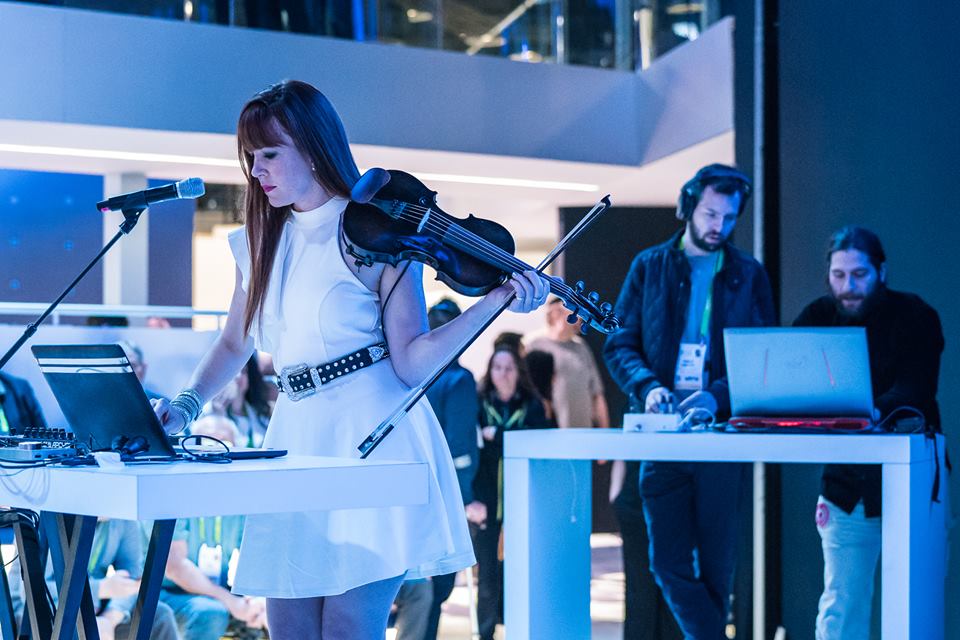 What’s left for those of us who aren’t in Austin? Kashuk and Cowan both agree that being an ally and forcing change can be as simple as just listening and offering to help in the capacity that you can. “When you have an opportunity to help someone, and you can do it, why not? You know?” said Cowan.

And for those of you who want to be there for the empowerment party, pack your bags and get your ass to Austin. This is one party you won’t want to miss.

The Showcase will be held at 708 E. 6th St., and is free to the public, though a $20 donation is recommended. You can RSVP to the most kickass party of the year here.