WM Devices resides in a warehouse off of the Platte. Grow houses and headquarters of various dispensaries almost exclusively occupy the surrounding warehouses, filling the dusty air with a familiar skunky smell. Inside, software and hardware engineers are hard at work, hunched over circuit boards and assembling modules while machinery whirls and hums in the background.

WMD was founded by William Mathewson — hence the name of the company — 12 years ago in his garage. “We were in the garage for about six years or so, but about five years ago business started really taking off and we moved into this warehouse,” said Alex Anderson, who handles all the marketing and social media content for the company. In the last five years alone, WMD has grown its staff to 20 members on the team. 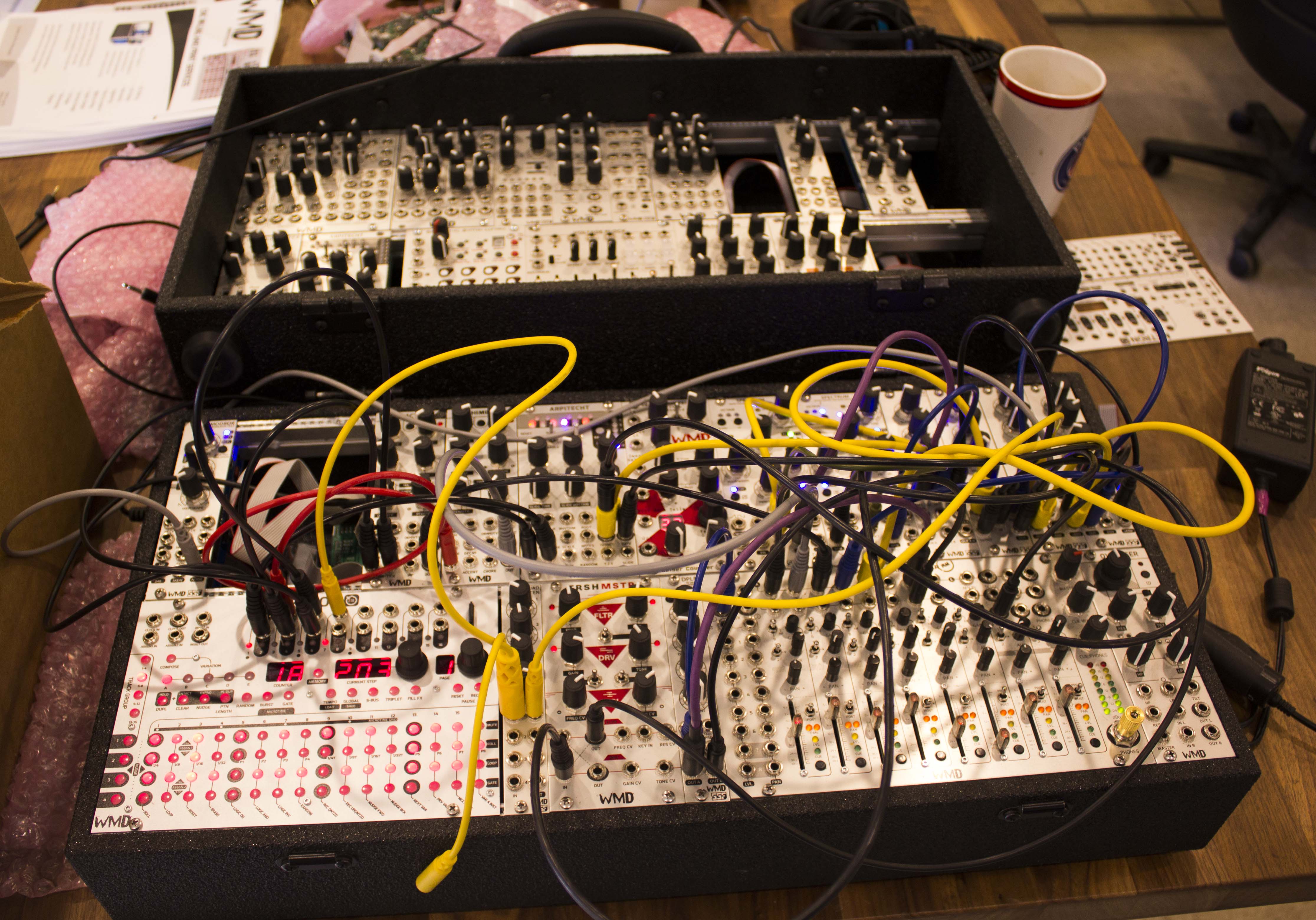 One of the modular devices manufactured by WMD. Photo by Padideh Aghanoury

WMD these days primarily focuses on Euroracks, a type of modular synthesizer. They still make the occasional guitar pedal here and there but have overall shifted to larger modular units. The entire operation is staffed by musicians, meaning WMD creates devices that the staff themselves would want to use. This approach facilitates a more intentional focus on actually creating modules that make live performance easier. “Most of the time we’re creating instruments that we would want to use ourselves,” Anderson said. The sole music hardware manufacturer based in Denver, WMD ships their devices all around the globe, with over 80 dealers scattered throughout Europe, the Americas, Asia and even Australia. Even though over a dozen retailers in Canada, the UK and Los Angeles carry WM Devices, only one retailer in Denver carries the local product — and they only carry the guitar pedals, which are fun but not nearly as impressive as the Euroracks. 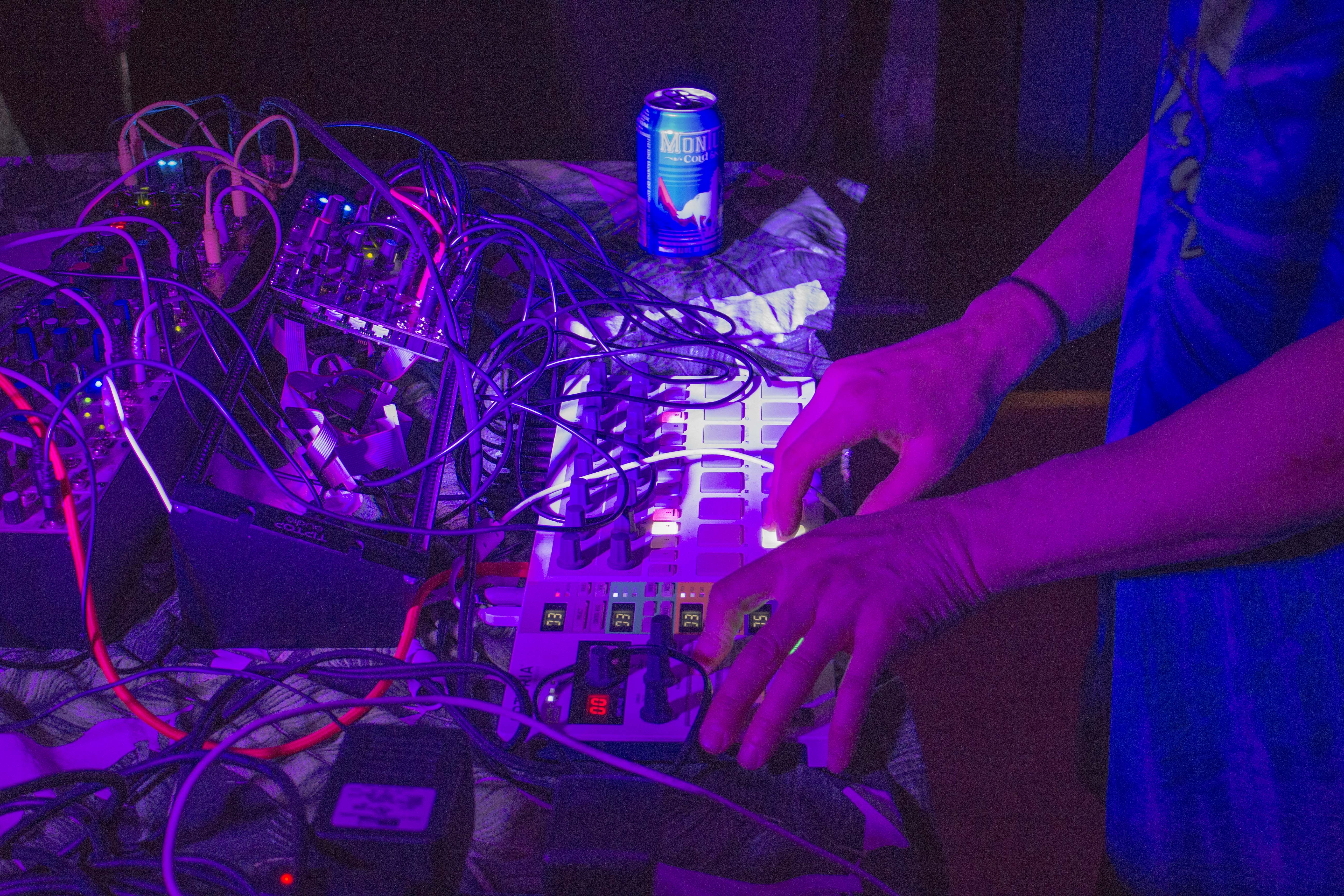 “The benefit of going into modulars is that everything is made to work with each other, and you can integrate lots of different types of systems and brands into this system,” explained Anderson, meaning a Eurorack can be paired with any other type of modular system like a drum machine or effects pedals. “My favorite part — they turn into a suitcase,” Anderson said, snapping the lid of the euro rack shut and picking it up by the handle. And WMD’s customers, which include both hobbyists and major talent such as Nine Inch Nails and The Chemical Brothers, are more than happy with the impressive catalog of over 50 devices. 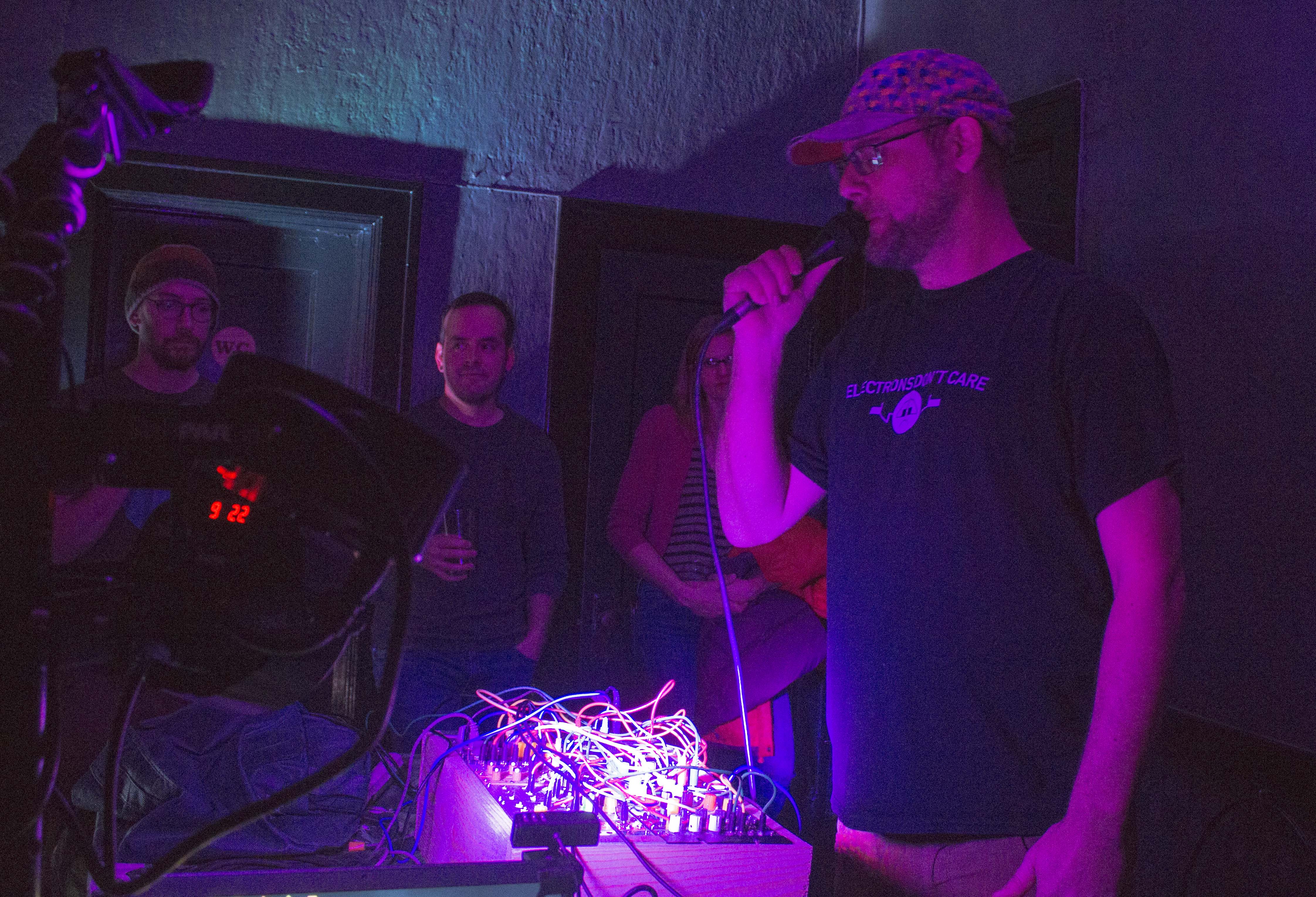 Local producer Zach Hagan gets on the mic to explain his set-up. Photo by Padideh Aghanoury

Anderson relayed a story from his touring days when he was a bassist of a rock band that performed a gig in Brooklyn. “The friend we were staying with, he lived on the fourth floor, and you know it was Brooklyn, so of course the building didn’t have an elevator or anything. I remember we were hauling hundreds of pounds of gear up and down the steps at 2 a.m. after playing a set and I was just so wiped. This? This is nothing,” Anderson said as he gave the compact module in his hand a little shake.

For this particular Eurorack, the Performance Mixer, “we took a lot of influence from how DJs perform. You can have faders down, meaning the audience can’t hear it but you can hear it in your headphones. So you can go through and tune stuff or make new sequences — make a song on the fly, basically — and then when you’re ready, let everyone else hear it. Similar to the way a DJ listens to the next song coming up,” Anderson explained.

WMD hosts the monthly synthesizer meet-up held at Fort Greene on the first Monday of every month, where local synthesizer producers can sign up for a 10 to 15-minute performance slot. Each set, which simultaneously serves as a demo of the producer’s hardware set-up, is followed by a brief explanation of the demonstration and creates an environment of education and accessibility to the confusing and often intimidating world of modules. Beginning in April, WM Devices will begin to host a monthly live event at Fort Greene. Similar to Freq Boutique, it will feature live modular synthesizer performances from local producers but will be strictly dance music-oriented.

The event series is titled Patched Out, and you can check out the event here.