It’s that time of year where we can start getting ready for our coveted summer festivals all around Colorado. ARISE has just announced their full lineup for their three-day festival going down August 2 through 4. It has been seven years since the festival made its first appearance at Sunrise Ranch in Loveland, CO and as is the case with all good things — it only gets better with age.

It was common knowledge since last year’s announcement that Tipper will perform two nights at the music festival. The card carries even more weight now that the full list of names is unveiled. Some of the acts added to the list include Beats Antique, Railroad Earth, Leftover Salmon and Denver favorite — Sunsquabi. There are several other local acts to look forward to as well with the likes of Maddy O’ Neal, Evanoff and Autonomix taking the stage.

READ: Q&A – Sunsquabi Reflects on the Power of Nature in Latest Album “Instinct” 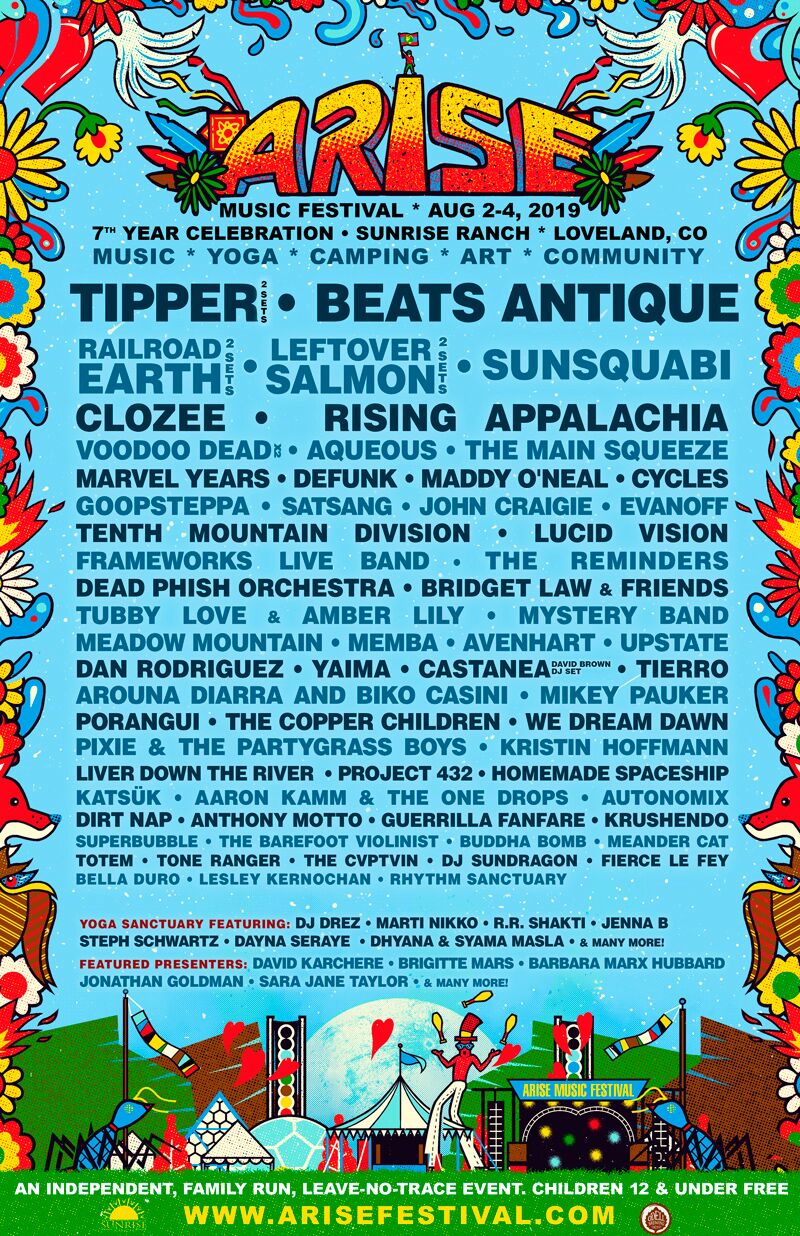 As always, the family-run festival is committed to planting a tree for every ticket sold. The environment of positivity mixed with incredible music is what makes ARISE a staple part of summer and this year will be no exception. Get ready for some sunrise yoga followed by local art installations and all of the signature sounds that Colorado has to offer.