Red Rocks season is officially over — and it was one hell of a year. From annual staples like GRiZ, Pretty Lights and the Avett Brothers, to up-and-coming artists humbled by their first Red Rocks show, the venue had another record-breaking year — over 1.3 million tickets were sold to concerts, up about 10 percent from last year. As with anything, change eventually rears its head, often for the better. Red Rocks planned for some changes to go into effect in 2018, including a switch to Flash Seats for ticketing and a change in ADA seating — but some things haven’t changed much (yet) or are in the process of changing now. 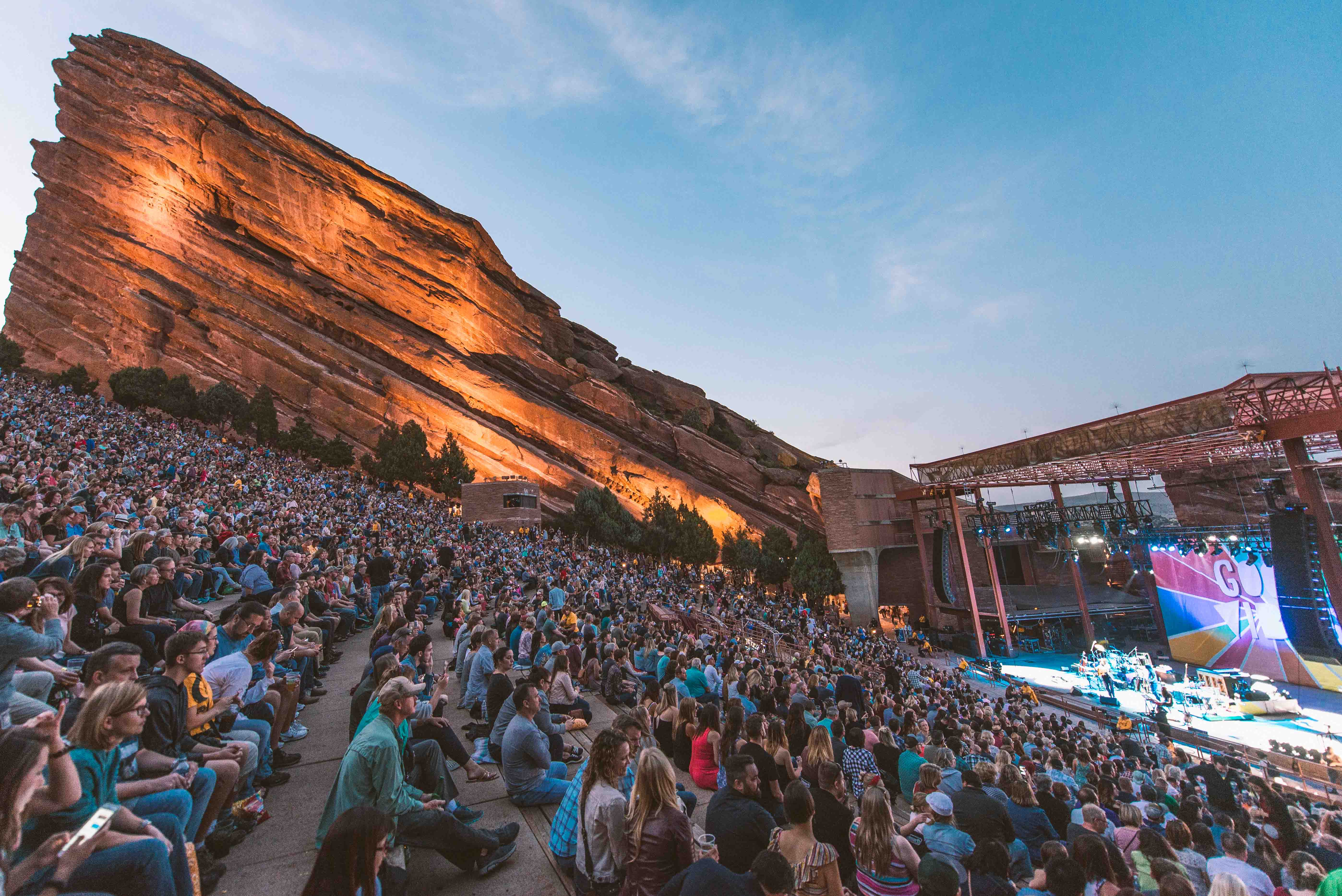 The switch over to digital ticketing started officially on May 15, through Flash Seats and the Red Rocks app. We spoke with Brian Kitts, marketing director for Denver Arts and Venues about the change and its impact on the ticketing process for both the venue and customers.

“It was easy and painless. I would say that 85 percent of our patrons are already living a big chunk of their lives on their phones anyway and this was a small thing that people could get used to. Other venues have already switched to [digital ticketing], the Broncos switched to it, and I would even hate to say that it’s state of the art because it’s so common. It worked exactly the way we thought it was going to.”

It’s both somewhat surprising and relieving to hear that the transition went so smoothly. The lack of technical difficulty kept things running as they should, and patrons were able to combat the issue of scalping that has plagued the entertainment industry for so long now. With Flash Seats, in particular, the resale of tickets became easier and safer as well. Customers are able to put their tickets up for resale — at a price that they set — on the Flash Seats Marketplace. The company then handles all payments, and the transfer of tickets is completely anonymous. This has obviously cut down on scams and potentially dangerous situations in ticket resales. Depending on the show, some tickets may not be transferable, in which the original purchaser must use them. This has to do with the update in new ADA seating policies. 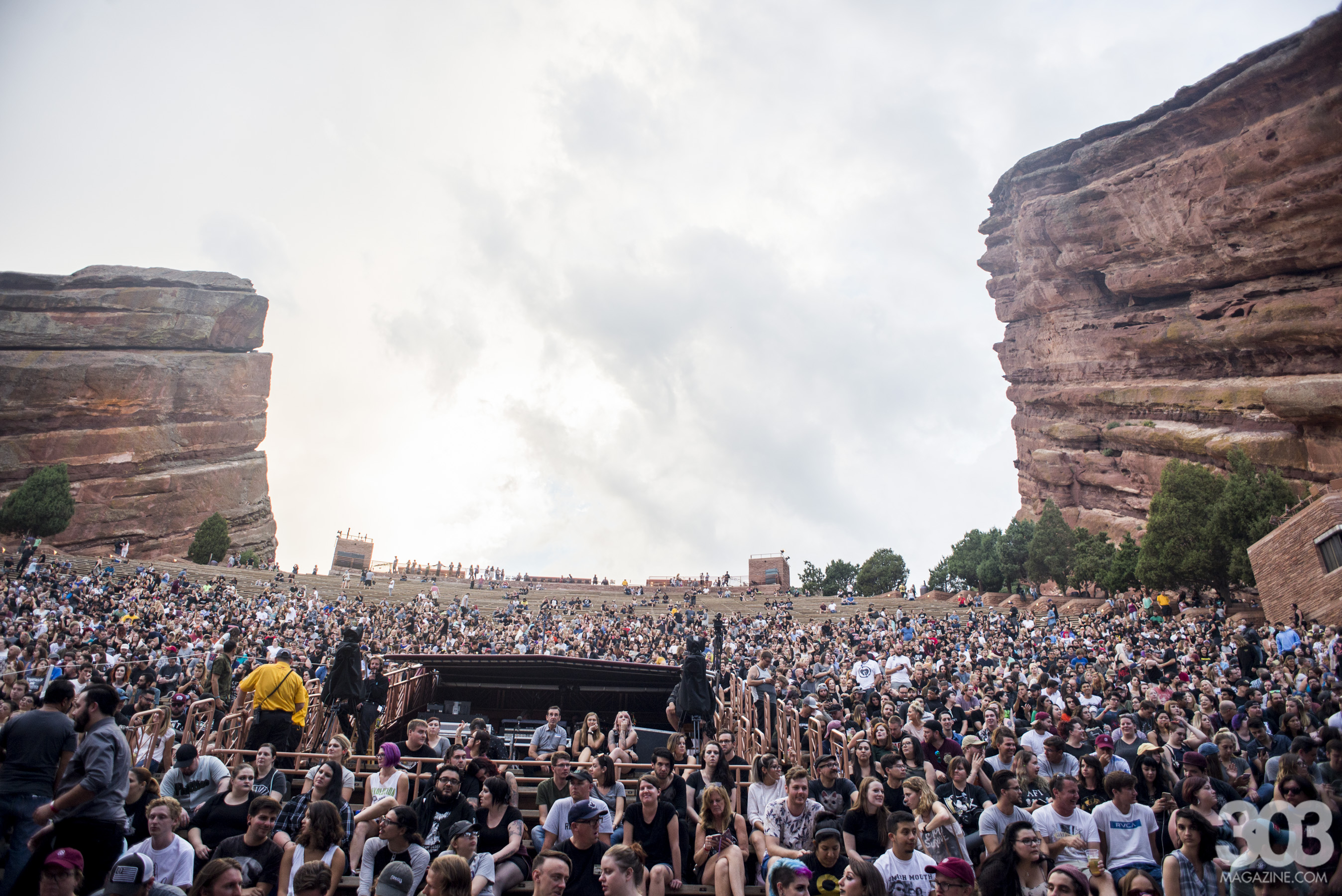 In other good news, the first rows of the venue recently had some enforcement protocols put into place to protect patrons with disabilities. Kitts explained that because of the enforcement, “people with disabilities and their guests who really needed those seats ended up with those seats this year.” With the implementation of Flash Seats, the first four rows are non-transferable, meaning the original purchaser must use them for entry — with the entire ticketed party at once. Fans wanting to buy those tickets have to verify their need for accommodations and provide identification before entering the venue. Find more information about the ticketing restrictions and accommodations in the first rows here. 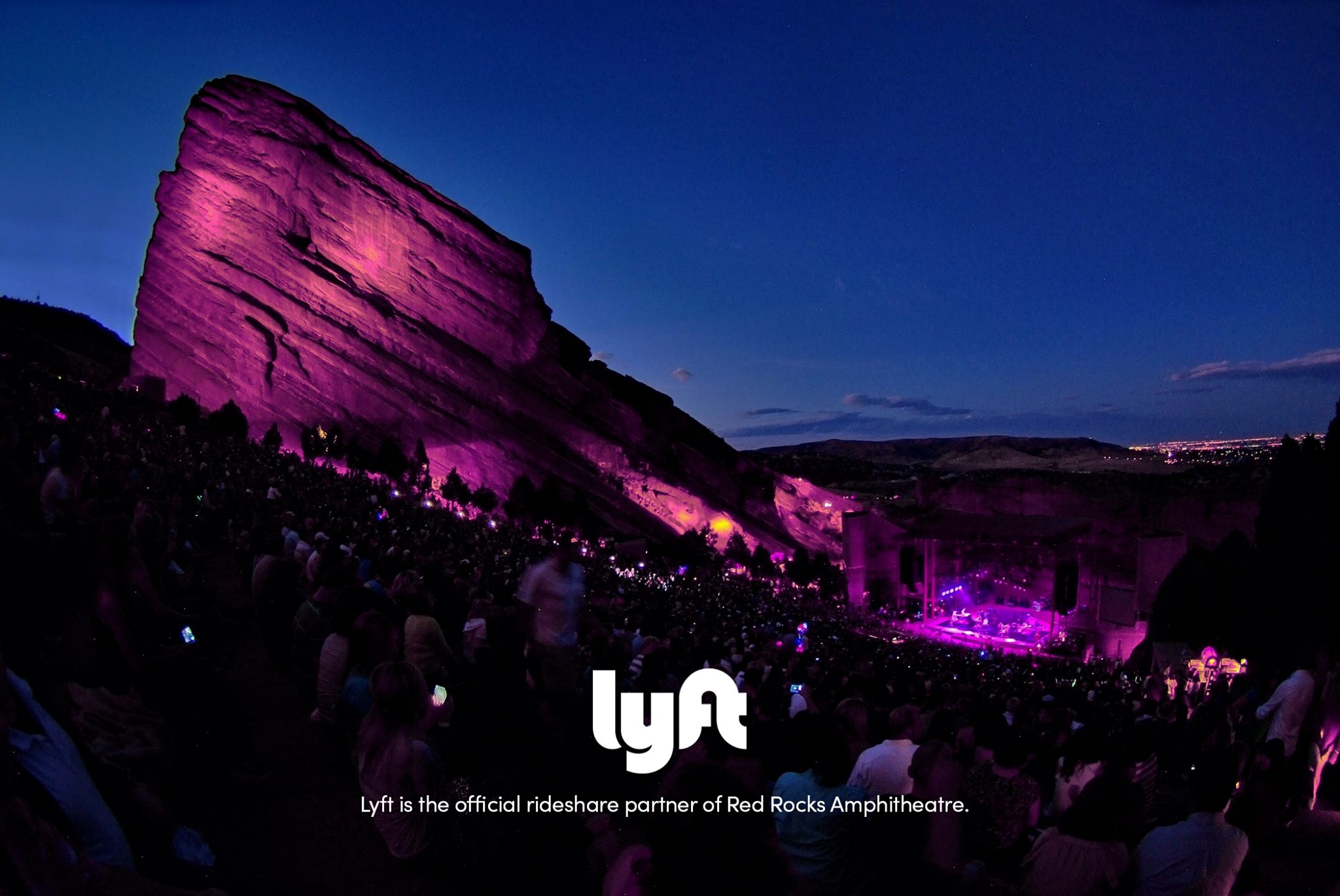 Photo courtesy of Red Rocks Park and Amphitheatre on Facebook.

Back in July, Lyft announced a partnership with the City of Denver. The agreement will last three years and Lyft will serve not only Red Rocks but all venues owned by the city, including the Colorado Convention Center, Denver Coliseum and the Denver Performing Arts Complex. There are three preferred drop-off points at Red Rocks — the Upper South Lot, the Top Circle Lot and the Trading Post as well as a pick-up location in the Lower South Lot 2. The pickup location is first-come, first served. The agreement between the City of Denver and Lyft will also grant music fans special opportunities and discounts (as well as a safe ride home).

Red Rocks revamped its food and beer selection this season as well — and decided to bring in the locals. They released Stage Rock, an official Red Rocks beer in partnership with New Belgium. The beer is an easy-drinking Colorado ale and can only be found either at the venue, the brewery and a couple of select places in Fort Collins. The venue also incorporated more local food vendors like Biker Jim’s (wild game hotdogs) and barbeque joint Rolling Smoke.

The Rocks also hosted a series of food pop-ups with Bonnano Concepts throughout the season. The series brought the cuisines of Mizuna, French 75 and Luca to concertgoers. In order to attend the pop-up dining experience, a ticket for that night’s show was required. Each pop-up included two hour-long dinner sessions before the doors opened, and were first-come, first-served by reservation on the homepage of the Red Rocks website.

Red Rocks opened their first official hotel on August 8. The Origin Red Rocks is located on Colfax in Golden — right off the Morrison exit on I-70 — and offers a variety of amenities including a shuttle to and from Red Rocks, bike rentals and a bike washing and repair station.  It is geared towards the tourists that want to experience the outdoors that Colorado has to offer without straying too far from Denver. The hotel also offers a “Do List,” which is updated every day with local places to eat, drink and things to do in the area.

The hotel’s attached restaurant, Nomad Taqueria + Beer Garden opened on September 6. Its menu features a variety of Southwestern and Mexican cuisine, as well as over 22 local Colorado beers on tap. The new spot offers breakfast, lunch, dinner, a happy hour, grab-and-go items and late night bites for any craving at any time. There is also a huge 7,000 square foot patio attached with Jenga and cornhole for the warmer months that can seat up to 175 people. 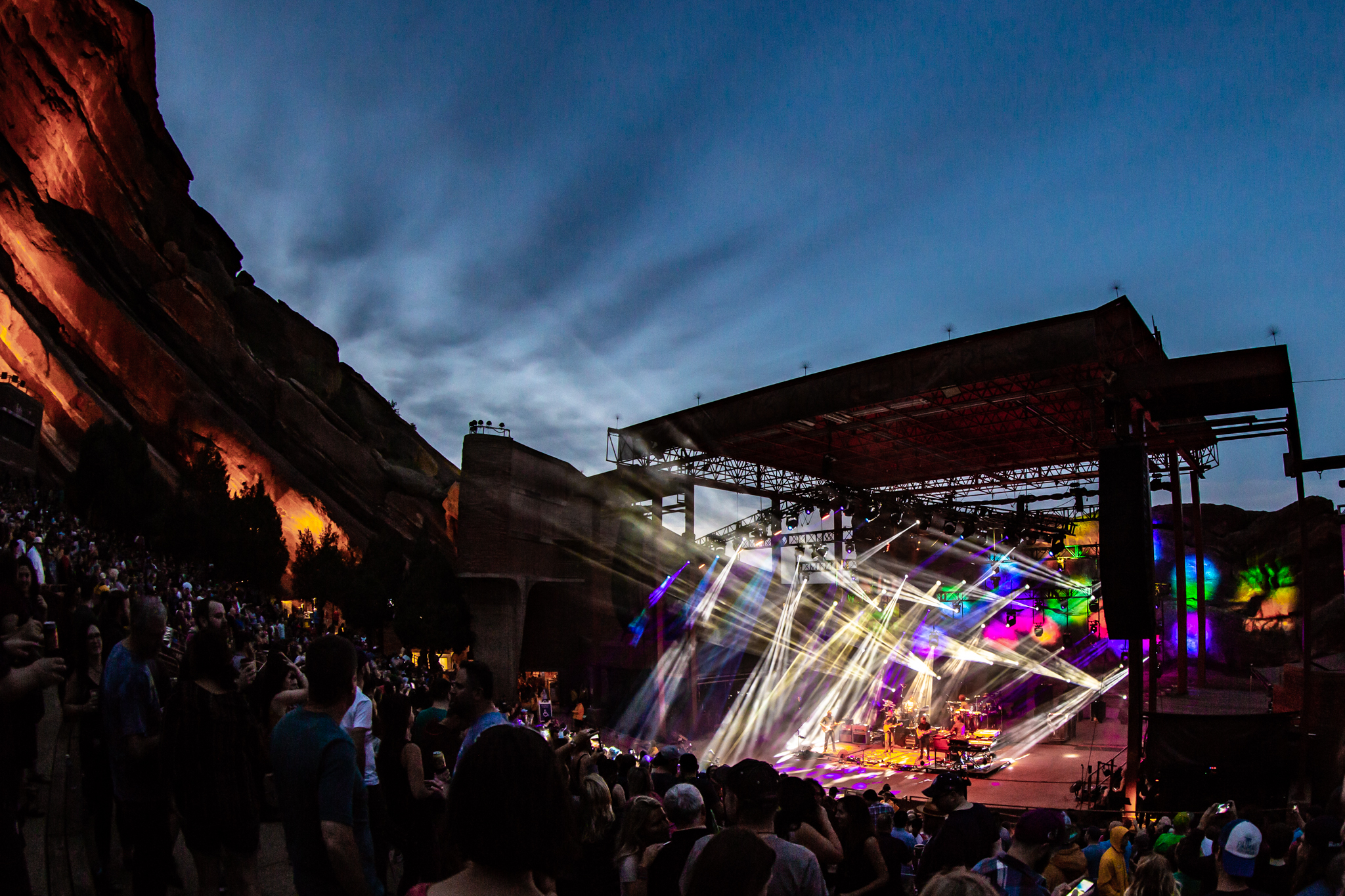 In a previous article, we reported a change in the planter boxes and foliage that lines the amphitheater on each side. According to Denver Arts and Venues, Red Rocks was not up to code for the safety of its patrons. The original proposal included installation of railings and pavement in the planter boxes to increase safety and put the venue back up to building code. There was talk of removing some trees as well. Friends of Red Rocks strongly opposed the proposal. The nonprofit firmly believes that the original design of the venue (which includes the trees) must be preserved. They also believe adding railings would not increase safety, as people would likely climb on them or potentially get crushed against them.

At this point in time, the planter boxes issue is at a standstill. Kitts mentioned,

“Early in the season we decided we’re going to look at some different options. Friends of Red Rocks objected, and I think any time you get mis-information out into the market it makes it hard to move ahead with something that’s thoughtful. We’re in no hurry and under no time frame. We want to be careful about what we do and if we don’t have the right plan we’re not going to go ahead with it.”

The historic integrity of one of Denver’s most iconic venues is seriously being considered, however, some conclusion must be reached eventually to make the venue as safe as possible for its attendees.

In that same article, we reported local artist Andrew Dufford of Chevo Studios was selected to install permanent public art within the park. The project entails three separate stone sculptures throughout different areas of the park. They are intended to be seating and gathering areas, where visitors will be able to interact with the park’s landscape, without putting the landscape in danger. Though they weren’t finished in time for concert season this year, these sculptures are still set to be completed by the end of 2018.

Red Rocks is committed to sustainability. Over the years they have partnered with Eco-Products — a company that produces compostable cutlery, cups and other utensils — and implemented a waste diversion program in which they sort through waste after events to make sure everything is going to the right waste channels. Their commitment to preservation continued this year, through a combined recycling, composting and storage center, which is being built by the Upper North Lot. According to Kitts, that is also on track to be completed by the end of the year.

Kitts told us the most effective changes have been made at this point in time and he is looking forward to another similar season next year.