Review – The National Transported Red Rocks to an Alternate Universe

American rock band — The National — made a stop at Red Rocks Park and Amphitheatre earlier this week on their “Sleep Well Beast Tour.” The tour highlighted their latest album of the same name which has been met with wide critical acclaim since it’s release last fall — including winning the 2018 Grammy Award for Best Alternative Music Album. The National released their first album in 2001 and has slowly carved out a niche in the alternative-rock world ever since, garnering accolades and a devoted fan base along the way.

Listening to their studio recorded albums, it can be difficult to anticipate how such introspective and often melancholy tracks can translate into an energetic and interesting live set but The National did just that at Red Rocks on Tuesday. Their generous two hour set took the audience from the depths of love lost with songs like “Guilty Party” to the manic and somewhat political energy of “The System Only Dreams in Total Darkness” and back again — all against the backdrop of the iconic rocks draped in the freezing fall mist, creating an other-worldly experience. 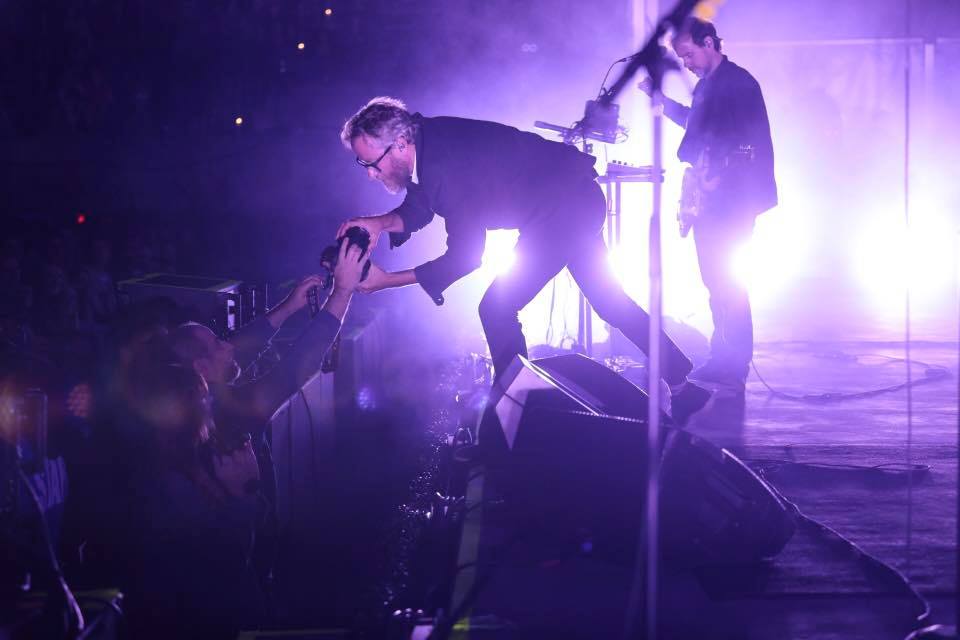 Upon arrival, the lights from the stage created an orange glow that hung heavily around the venue. The audience huddled together for warmth with their spiked coffee and hot chocolate in anticipation for the show to begin. Singer-songwriter, Sharon Van Etten, kicked off the evening with earnest songs and deep, breathy vocals. Songs like “Serpents” were backed with heavy, crackling synthesizer and pink and blue stage lights that added a supernatural quality to her already mystical performance.  Van Etten and her band dressed casually and relied on their harmonious vocals and musicianship instead of flashy stage antics or choreography to captivate the audience.

About halfway through her set, Van Etten told the audience “I guess this is where I say something.” She went on to thank The National and said that she “would not be here today if they had not taken [her] under their wing.” Van Etten performed her popular song “Every Time the Sun Comes Up” to a now captivated and growing audience.  She then ended her set and warmed up the crowd with the energetic track, “Comeback Kid.” 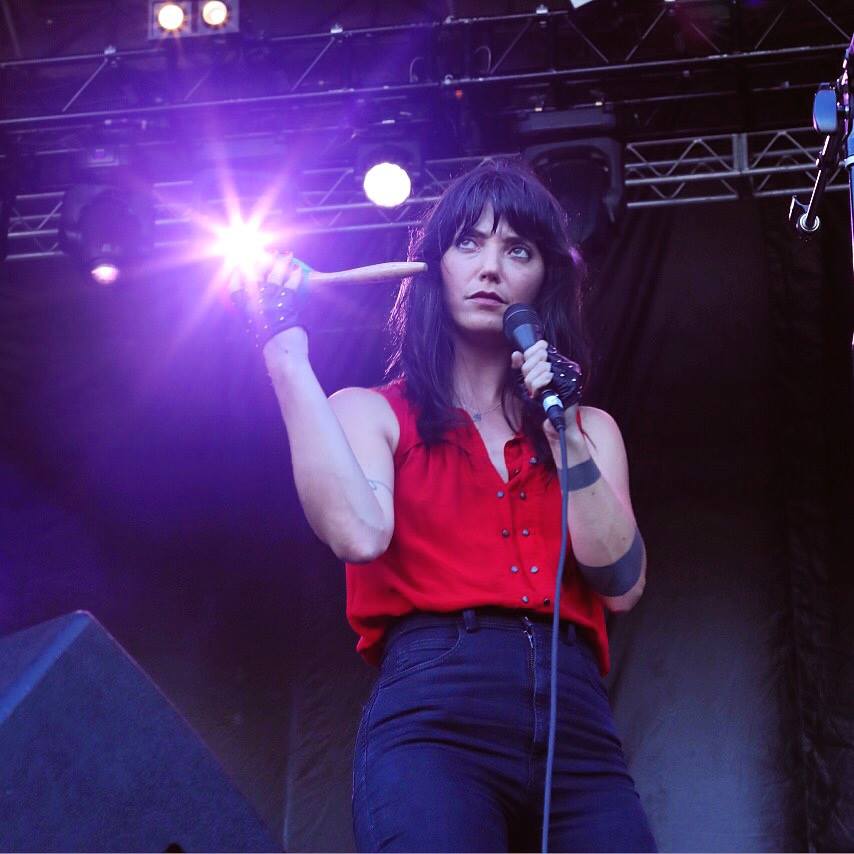 As The National made their way on stage, a camera followed the band and projected the images onto the background screen. The audience watched in anticipation as they got closer and finally took their places on stage. The lead vocalist, Matt Berninger, greeted the now packed crowd by commenting on the weather, saying that it was “so beautiful and terrifying.” The band opened with the haunting track “Nobody Else Will Be There” while the background reflected what was happening on stage as if through the lens of blue and purple stained glass. 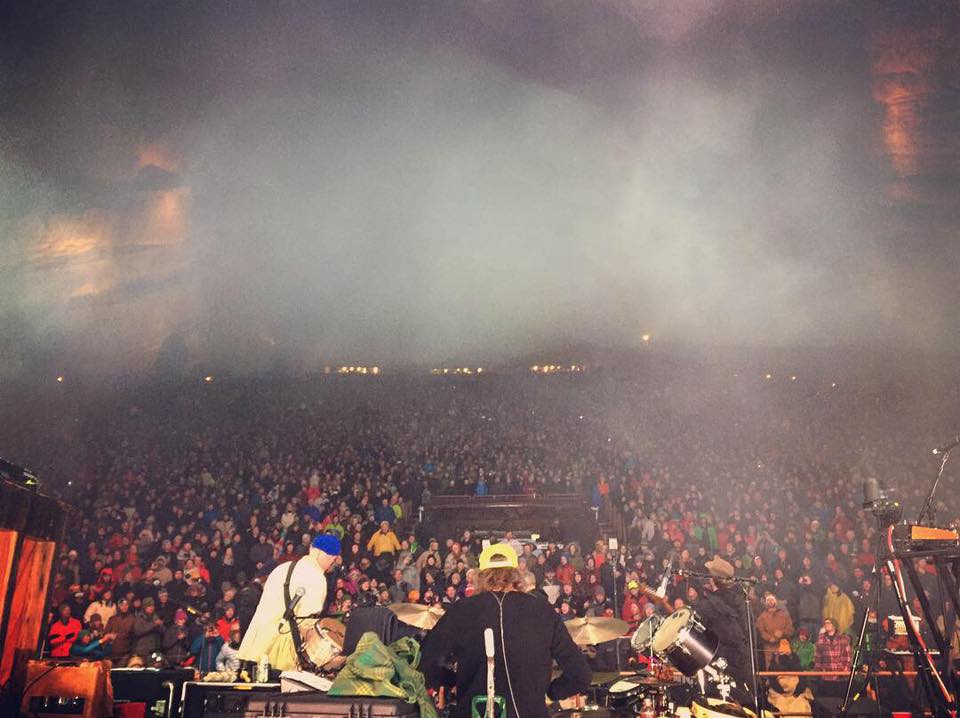 After a mellow introduction, the keyboard and guitar riffs introduced the more dynamic track “The System Only Dreams in Total Darkness.” Berninger showed that he had a magnetism and ability to keep the audience hanging on his every word that turned the moody, contemplative songs into crowd-pleasing tracks that could keep the attention of even the largest arena. During the chorus, “I cannot explain it any other, any other way…” Berninger’s voice broke slightly to reveal a pleasant rasp that is not often heard on the recorded albums. He demanded attention as he danced with the microphone and explored the stage in true rockstar fashion. 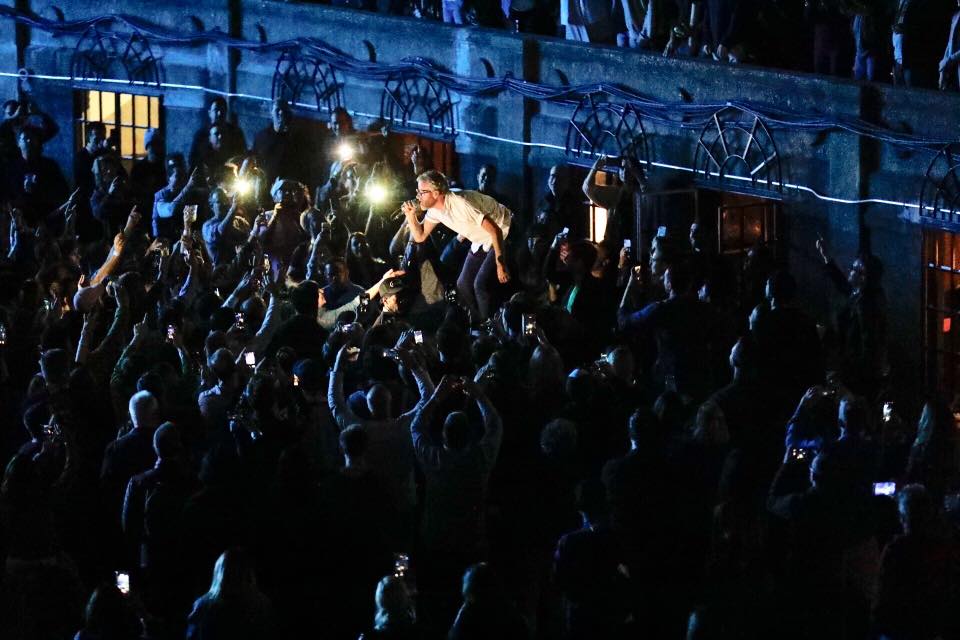 After several high-energy tracks, choppy synths cued the beginning of “Guilty Party.” Rainbow lights on stage swirled around to create a kaleidoscope effect — the bright colors juxtaposed the self-defeating lyrics of “Guilty Party.” The mist continued to build but the energy on stage was enough to distract the audience from the less than ideal conditions. Berninger picked up on the ghostly vibe and started to banter with the audience in between tracks. He cozied up to the microphone and began “It was on a night just like this very night… I actually don’t know any ghost stories.” The set continued with the track “Don’t Swallow the Cap” from The National’s sixth album, Trouble Will Find Me. 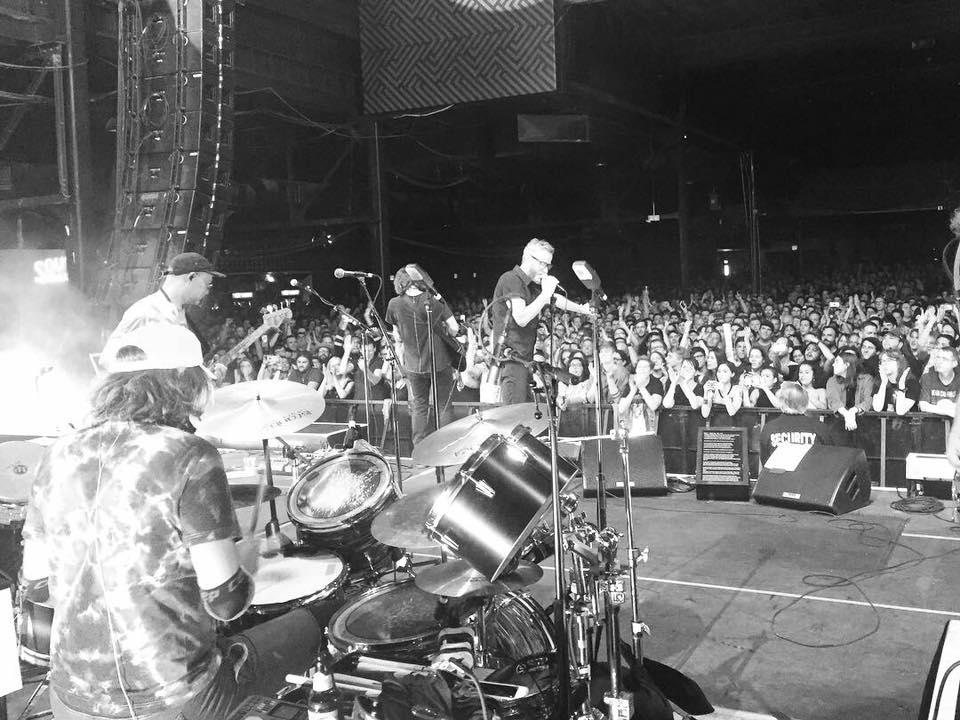 As soon as the keyboard began playing the introduction to “Fake Empire” — one of The National’s most successful tracks which was featured on their album Boxer — the crowd perked up and sang along. The band then exited the stage unceremoniously but the crowd knew better than to begin filing out. Shortly after, The National returned for their encore and Berninger jokingly attributed their absence to a “long line at the men’s room” and thanked the crowd for staying despite the inclement weather.

For their final song, the backdrop that had been showing mostly images of the band was reversed to show a black and white image of the audience. Berninger relinquished the spotlight and coaxed the crowd into singing “Vanderlyle Crybaby Geeks” from their album High Violet. The National gave their final goodbyes and left the audience with a feeling of genuine satisfaction and warmth.