To anyone one who has even considered rock music dead, let them know that Dave Grohl and the rest of the Foo Fighters say otherwise. As if fighting a personal crusade against any such idea, The Foo Fighters burst into the Pepsi Center Wednesday night to show amongst other things, that rock ‘n’ roll never dies. The 2 1/2-hour performance, an onslaught of thrashing guitars, rapturous drumming and twisting basslines covering the expanse of the Foo Fighters 26-year career, was a tour de force — a rock ‘n’ roll master class from some of the best to ever do it. Through the headbanging and fist raising, the Foo Fighters gave Denver one hell of a night. 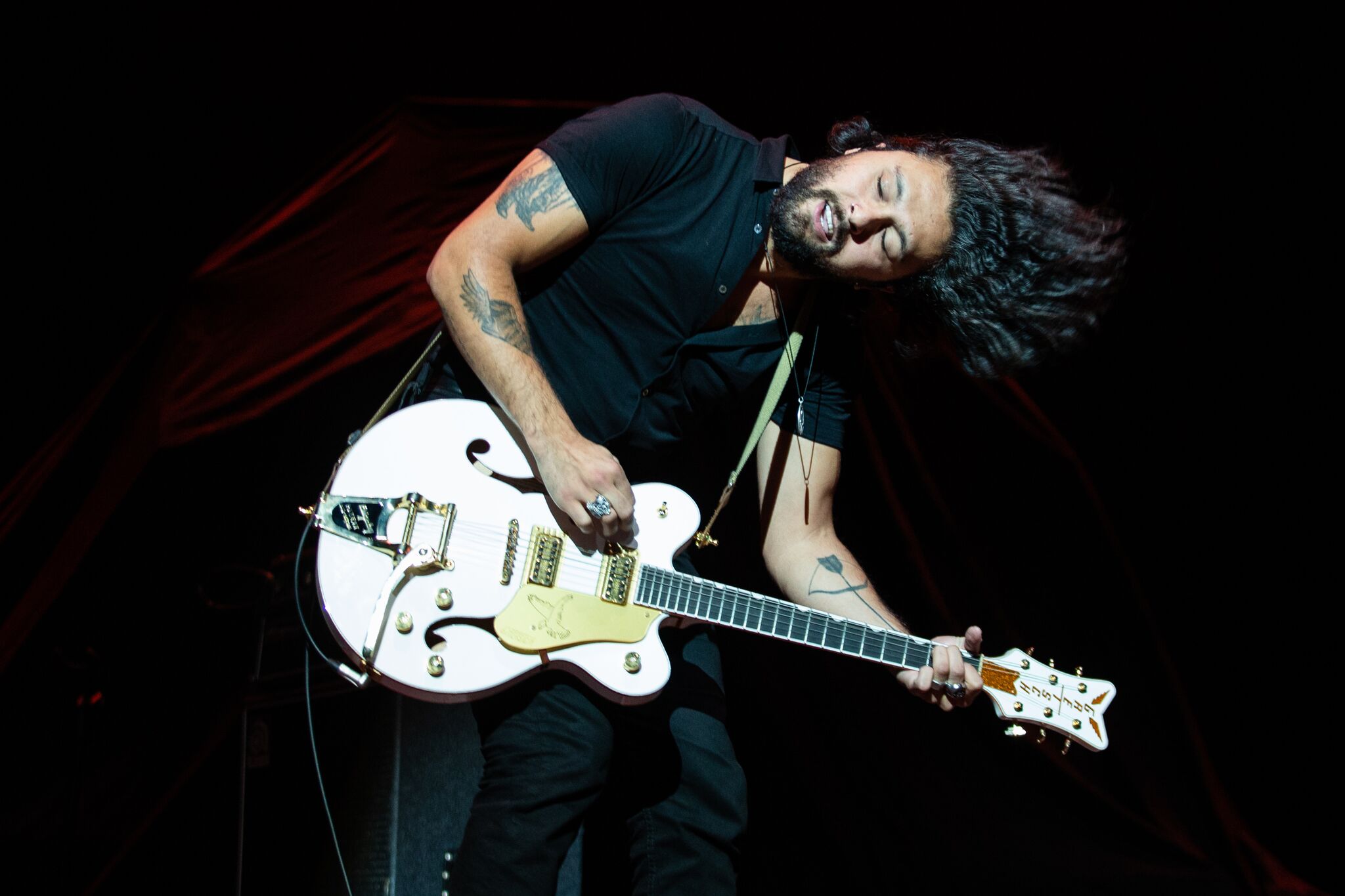 David Le’aupepe of Gang of Youths

Chosen to open the final leg of the “Concrete and Gold Tour,” as it had been dubbed, rising rock stars Gang of Youths threw down the gauntlet from the get-go. Clear descendants of the Foo Fighters lineage, Gang of Youths made no compromise on their own rock conquest. The Australian indie-rock band came out of the gates swinging with a ferocious energy and confidence that comes with knowing ones’ talent and having fun with it. Hammering down, breaking guitar strings and pounding upon their ribcages with youthful abandon, the band took on the arena stage with measured pride backed up by their abilities. If the Foo Fighters’ mission was to show that rock ‘n’ roll never dies, Gang of Youths’ was to breathe new life into the genre and show that rock ‘n’ roll never left. 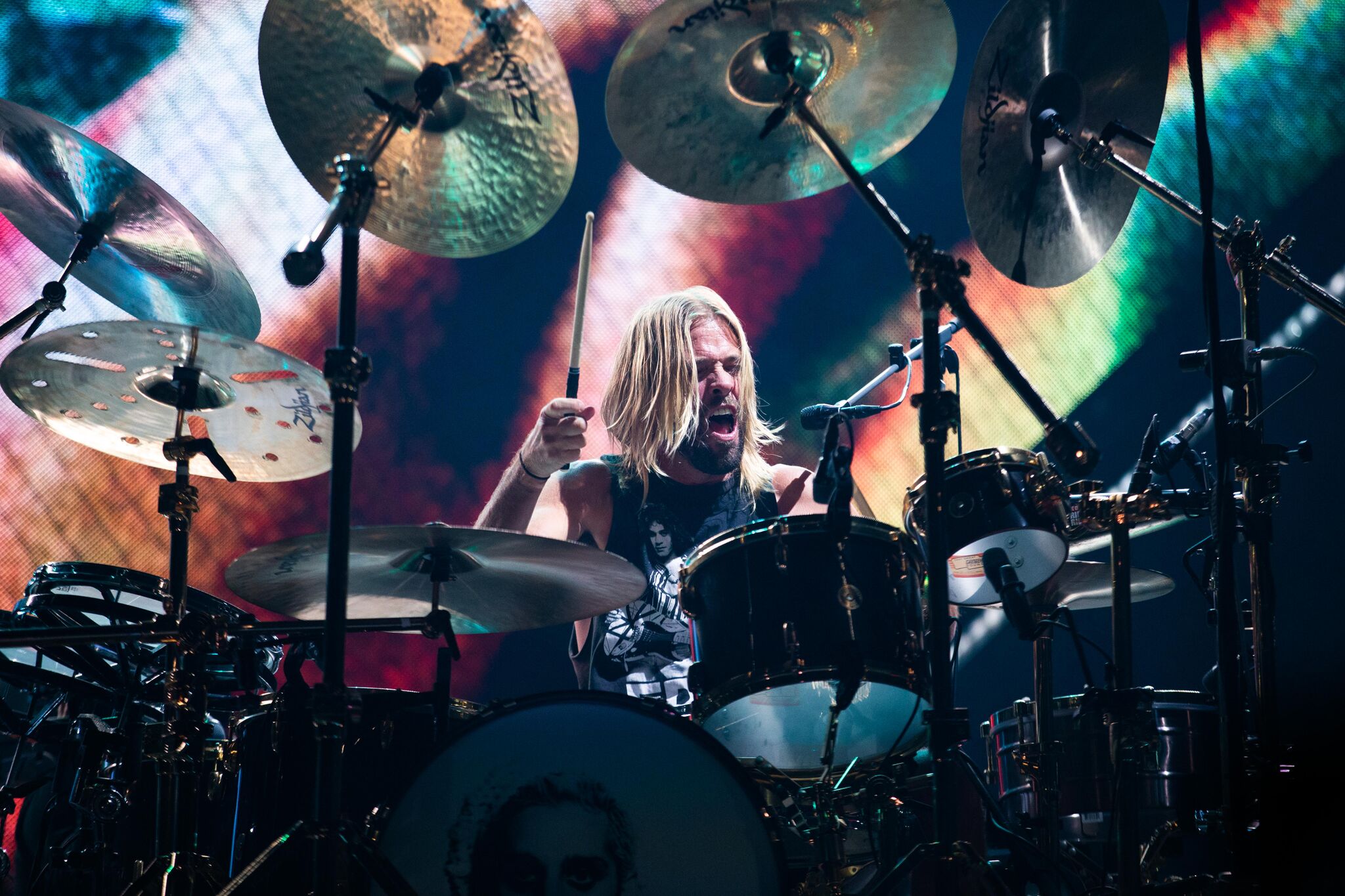 Following the set changeover, Foo Fighters wasted no time upping the ante and cutting to the chase — promptly launching into “Run.” From the jump, and with no shortage of “motherfucker” added for flavor, Dave Grohl told the audience to “saddle up” for the long show ahead — and saddle up we did. For the most part, the band worked backward from 2017’s Concrete and Gold to 1995’s self-titled effort, meticulously choosing at least one song from each album as if cultivating a greatest hits compilation live. The band, in top form, blazed through the career-spanning highlights as if 26 years hadn’t passed at all. Grohl, running around this time, paced the stage encouraging the audience to give him more while making the band jump through hoops at his command.

Drummer Taylor Hawkins keeping up with ease, showed off being one of the best drummers of all time, even going so far as to ascend on hydraulic lifts for a drum solo of epic proportions. The band didn’t skimp on fan-favorites either, interpolating their career timeline with mega-hits like “The Pretender” and “Learn To Fly” ensuring even the most casual of fans left happy. Without the aid of pyrotechnics and elaborate visuals, the performance was, somehow, rock at its most grandiose — where swagger and substance was the name of the game. 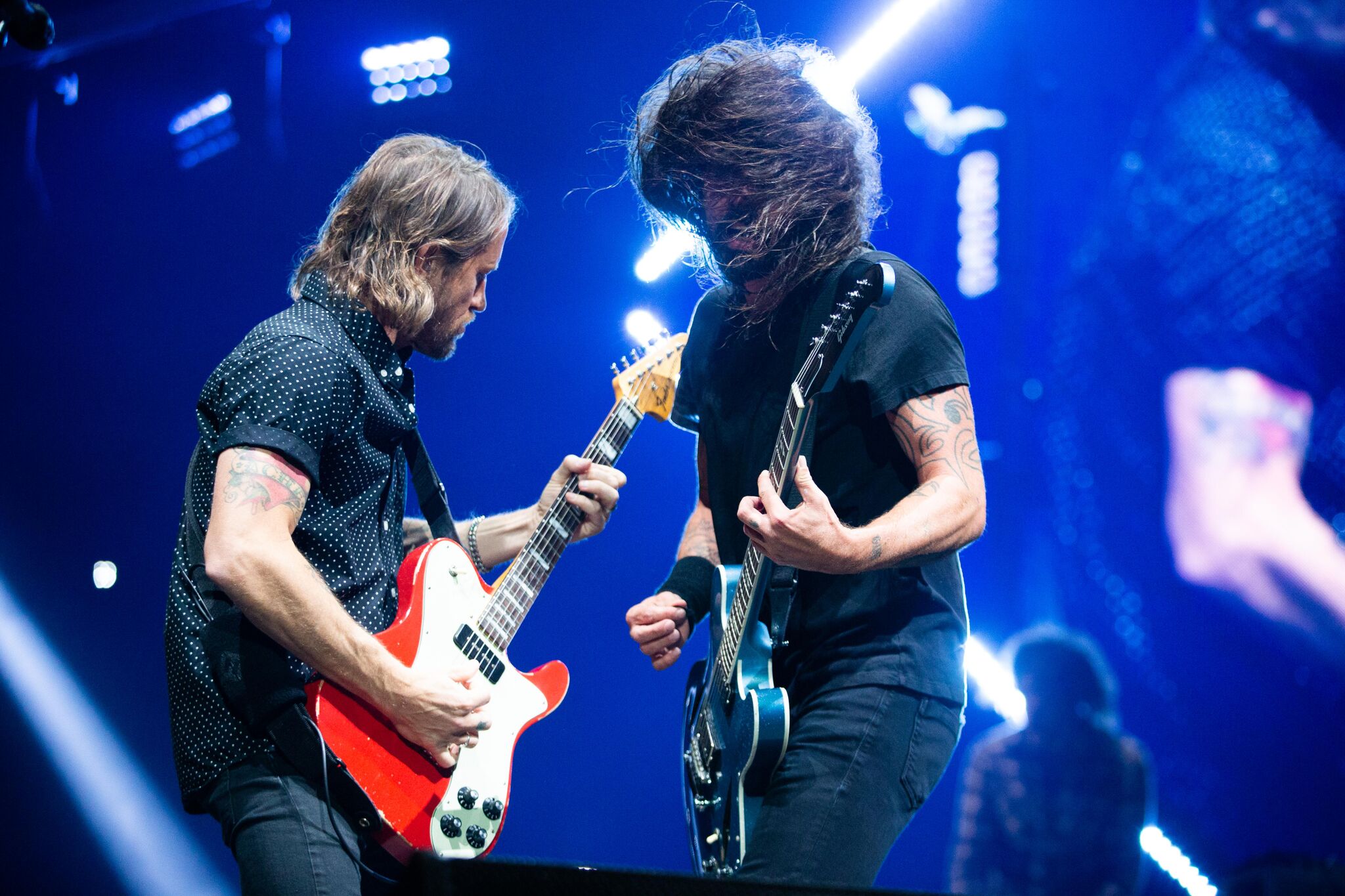 It wasn’t until nearly an hour and a half into their performance that Grohl made introductions of the band. The rather ridiculous intros included two solos from lead guitarist Chris Shiflett, an off-the-cuff bass cover of “Another One Bites The Dust” from Nate Mendel, Pat Smear’s bewildering cover of “Blitzkrieg Bop,” a keyboard solo from Rami Jaffee and a wildly entertaining and mildly confusing cover of Van Halen’s “Jump” to the tune of John Lennon’s “Imagine.” All the while, Grohl embodied his polarizing frontman ethos in a both playful and at times overwhelming way. However, as a band who’s played for some 20 odd years, it was the cohesion of it all that took the cake. In a time of diminishing arena rock bands (and bands in general for that matter), the Foo Fighters truly had it all together — both as a band as well as in the way they played. 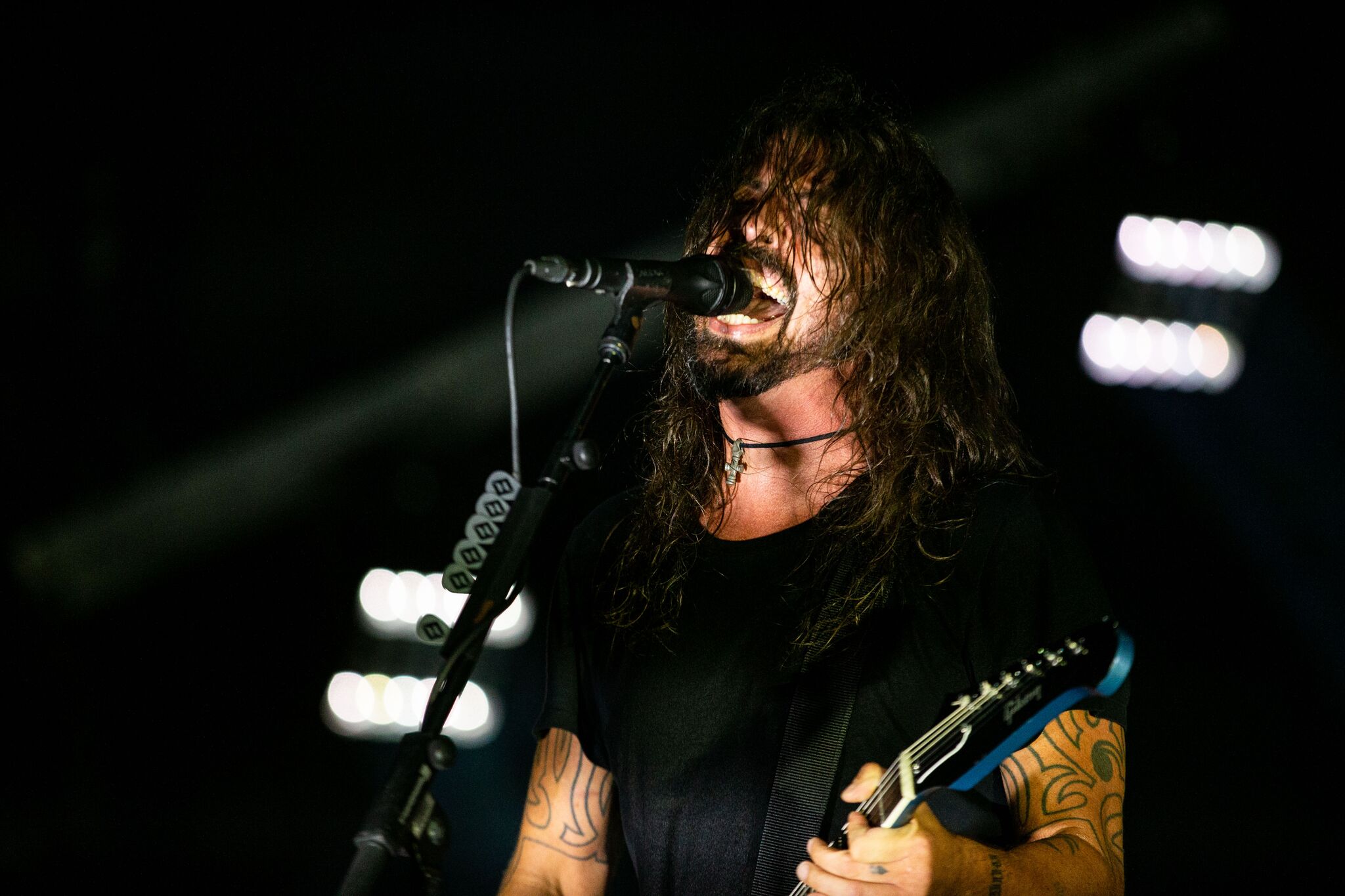 Prior to their encore, the band laid into an elongated version of “Best of You.” The song, a closing fixture in their setlist closed their performance better than any diatribe on the state of rock ‘n’ roll could ever do. In the smoky haze of the Pepsi Center, tens-of-thousands of voices yelling the lyrics through the darkness was rock ‘n’ roll at its finest. The catharsis, the energy from the band and the feeling in the arena lingered as the cheers from the crowd consumed the space. In terms of saving rock music, Foo Fighters are heroes but they were extraordinary.