Review – Blackbear and Friends Poured Their Hearts Out at Red Rocks

Hailing from Florida, Blackbear is a songwriting force to be reckoned with. Before releasing his first full-length album Deadroses, he worked on numerous projects including co-writing Justin Bieber’s hit song “Boyfriend” with close friend Mike Posner. Since then, he has gained traction in the R&B world — his EP titled Cashmere Noose landing high in the charts and collaborating with several big-name artists including G-Eazy, Childish Gambino and Pharrell Williams. He stopped by a sold-out Red Rocks on Friday night — his first headlining show at the venue. 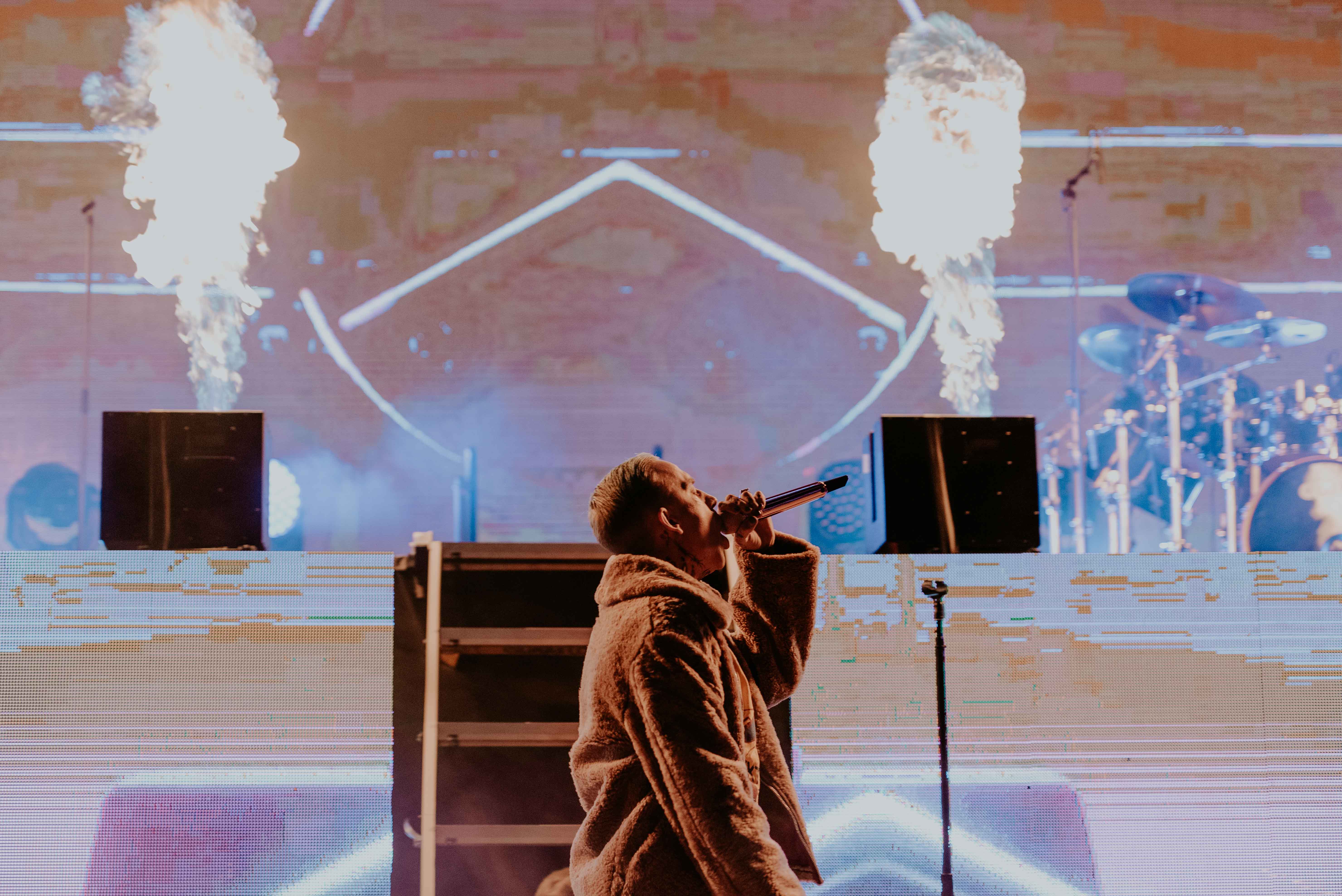 The evening began with four openers — Stalking Gia, Mike Posner, DVBBS and Lil Skies. Each artist brought something completely different to the table. The crowd was taken on a voyage through a variety of sounds and feelings before Blackbear even appeared. Stalking Gia was the first to perform. Though an extremely short set, she set the mood for the night, getting the audience ready for a rollercoaster of a show. 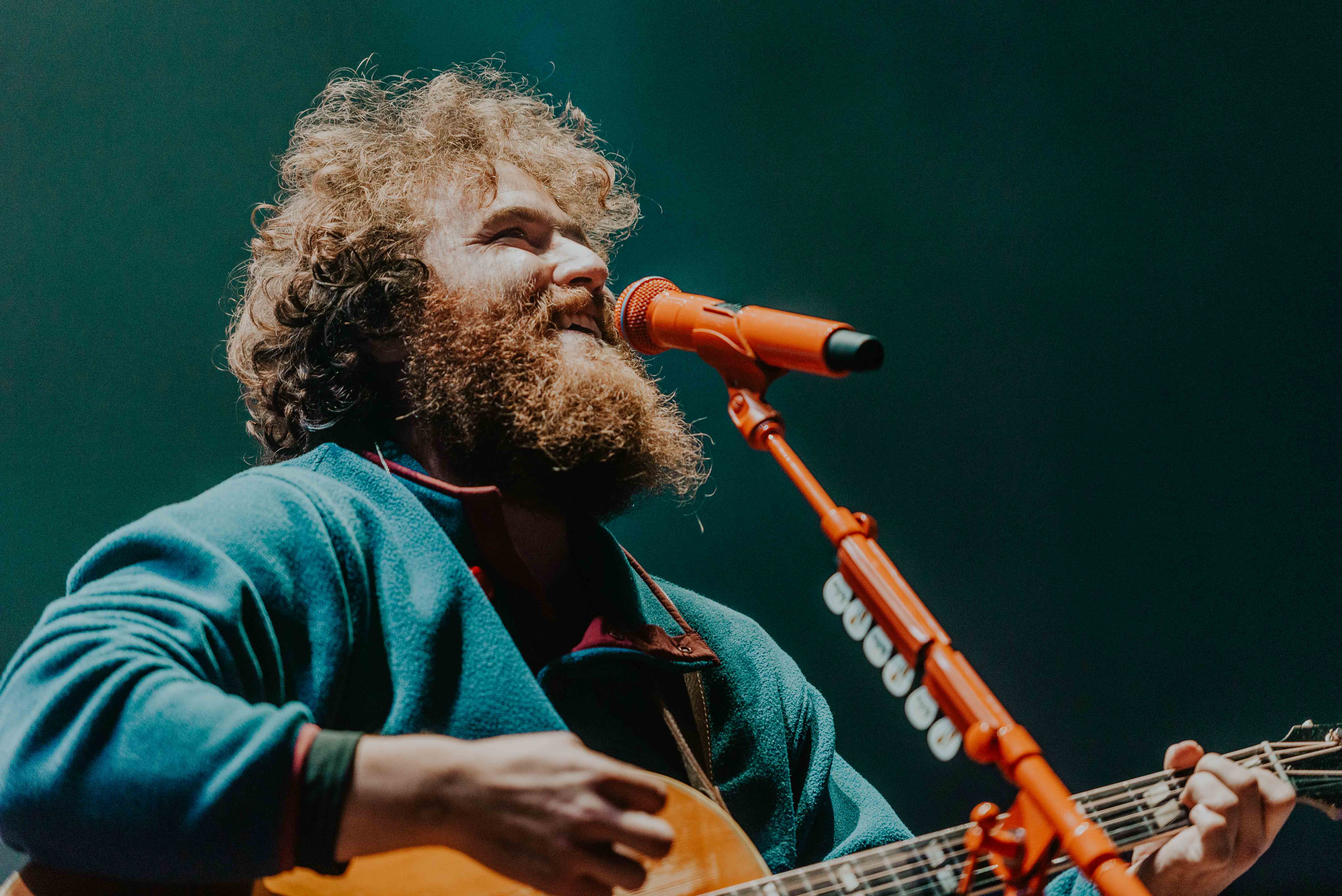 Mike Posner came up next, playing a low-key and emotional acoustic set. He performed his hits “I Took a Pill in Ibiza,” “Cooler Than Me” and “Please Don’t Go” to the satisfaction of the audience, along with a few covers of Maroon 5 and Sam Smith. A somber mood fell over the rocks as he asked for a moment of silence before one song which he dedicated to his late father. Though relaxed and emotional, concert-goers never once lost their attention. 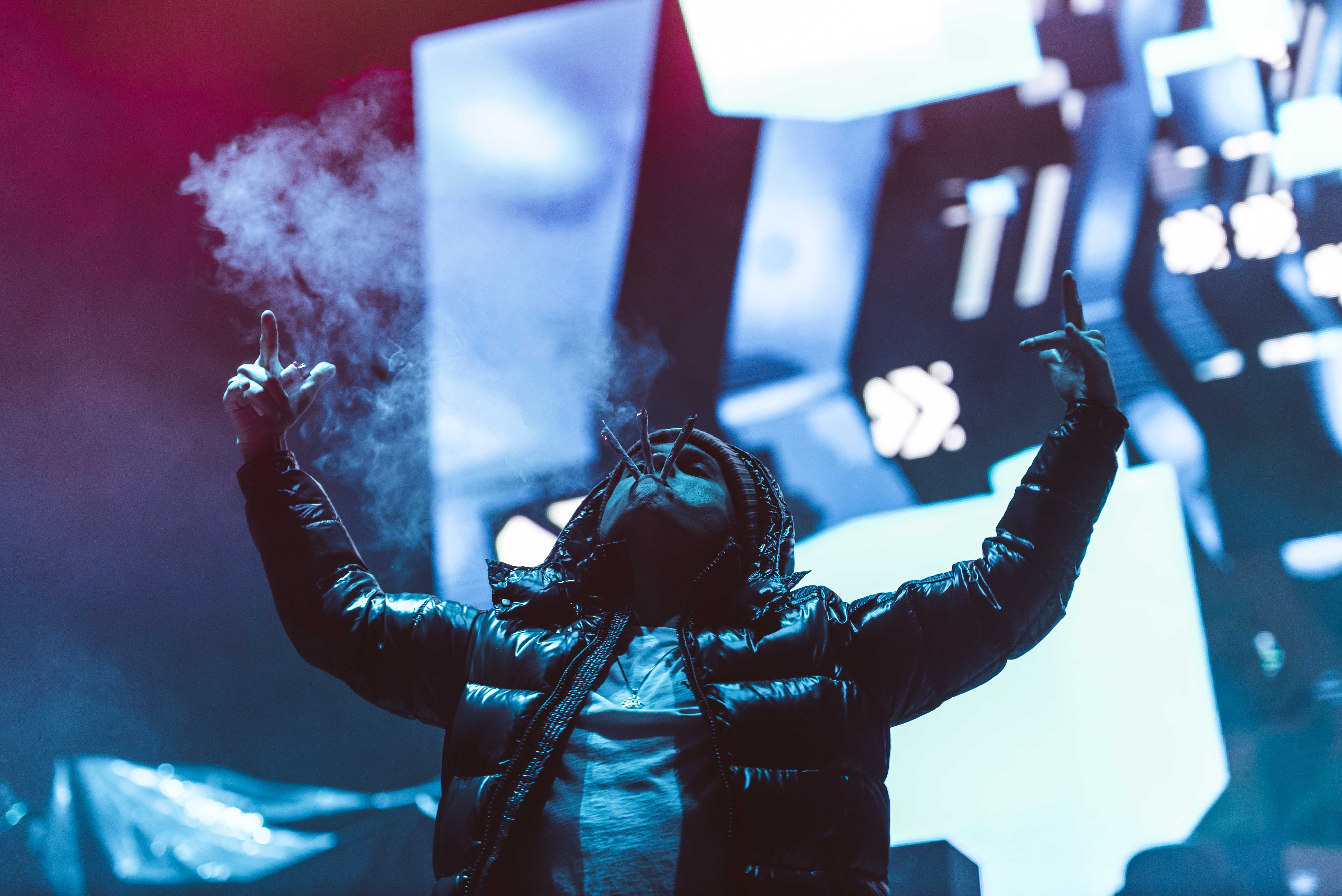 DVBBS immediately brought the energy level back up that was a bit of a shock to the system. Sprinting out to their post with arms flying, heads banging and not one but three lit joints at-hand, the duo was clearly thrilled to be at Red Rocks. They spun their way through dubbed-up remixes and drops, and the crowd was eating it up.

Lil Skies came out swinging as well, and even though the altitude rendered him breathless at times, everyone in the amphitheater was bouncing. His set was well received and exciting until he began playing covers of late friend and controversial rapper XXXTentacion, to which some protested. He also paid homage to Mac Miller, which was better received. Regardless of the controversy, everyone was hyped for Blackbear. 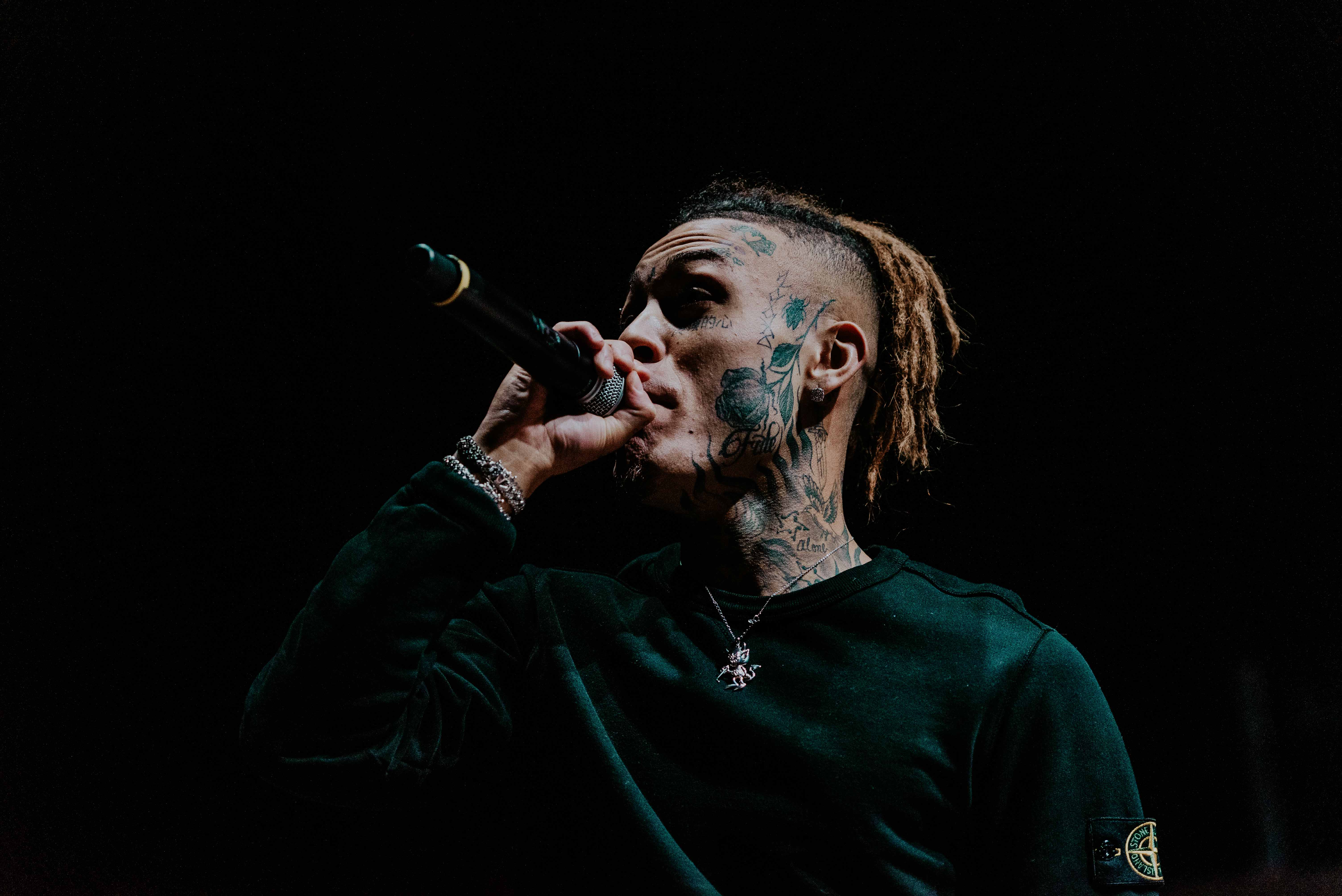 The anticipation for Blackbear peaked after waiting for three hours, and the audience exploded as soon as he walked on stage. He began his set with “chateau,” which had the entire venue singing along word for word. The energy continued to inflate as Bear continued — each song melding into the next, while the stage went up in flames (literally). It didn’t matter what people had come for —  his genre-bending blend of R&B, hip-hop and electronic provided a little something for everyone there.

He slowed things down with “moodz,” which digs into the struggles of being bipolar, something that Bear admitted to suffering from before the song. The energy peaked again in an emotional whiplash when he brought DVBBS back out on stage with him to perform “IDWK,” a song they collaborated on. Bear’s smooth R&B mixed surprisingly well with the harsh bass and dub. He took a break, letting his drummer and keyboardist take the spotlight for a couple of songs. The high energy never dissipated in Blackbear’s absence and they were highly entertaining — dancing around and clearly having the time of their lives. Bear came back shortly after sporting an oversized denim jacket and an acoustic guitar. He played “Deadroses” and “90210” letting his guitar and silky vocals do all the talking. He ended his solo set on his biggest hit, “do re mi,” which turned into a cathartic session of everyone screaming the lyrics back to him. 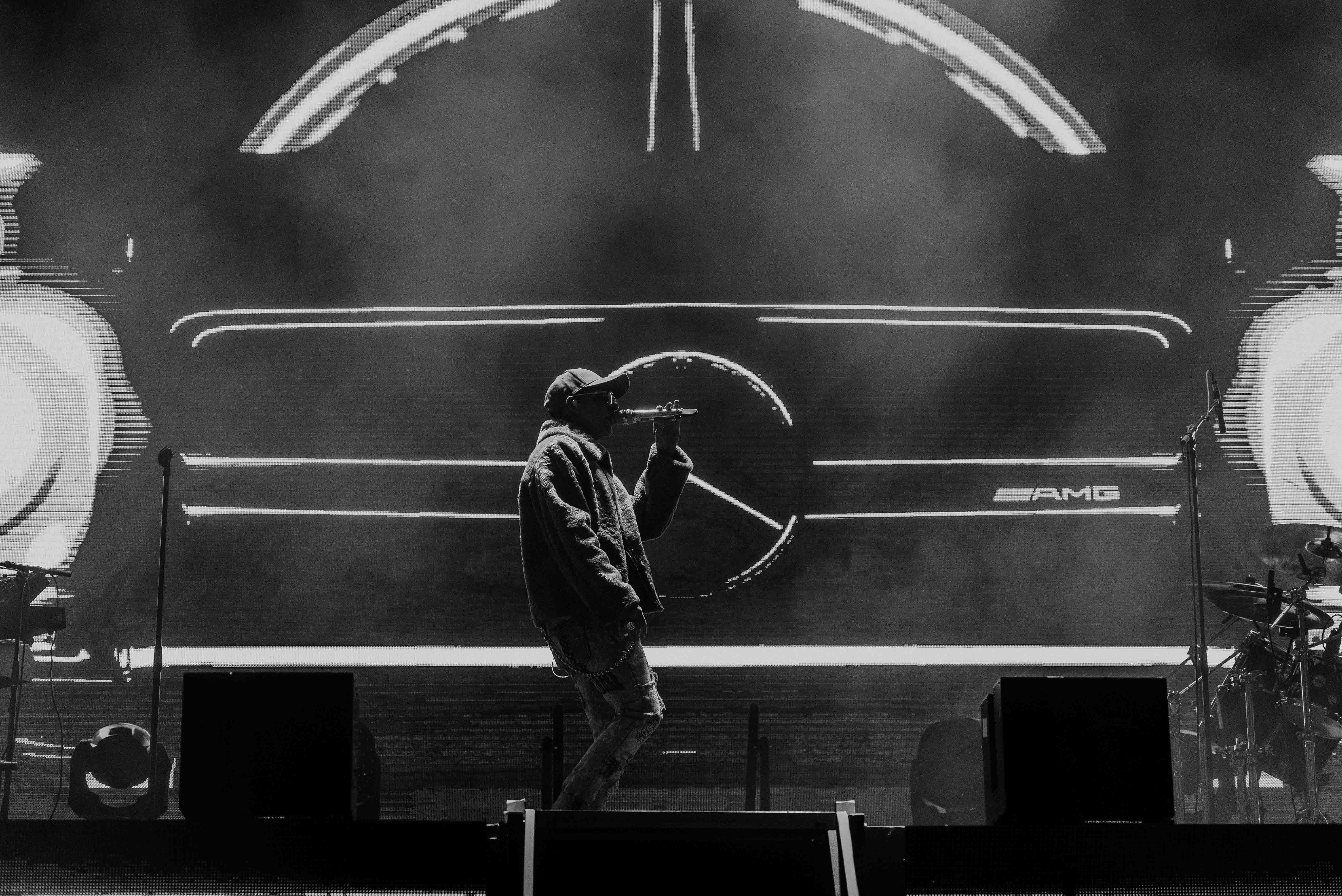 The night came to a slight pause, and many people left, seemingly not knowing that Mansionz — the lovechild of Mike Posner and Blackbear — was yet to come. They played a couple of their songs, Posner rapping over chilled out beats one moment, and then dancing like crazy the next. It was obvious they were having a great time, and that their friendship was extremely close and genuine. As the lights turned on and concert-goers poured out of the stands, there was an overwhelming feeling of satisfaction — and exhaustion. The night was long and emotional at times but it was a memorable one for everyone involved.