As Halloween approaches, fans of the holiday may be looking for special events to attend that embody the spirit of the celebration. For the third year in a row, Meow Wolf’s Santa Fe exhibition The House of Eternal Return will transform into The House of Halloween, providing visitors with new art installations in the spirit of the holiday. Halloween is traditionally known as a time when the boundaries between the spirit world and our world blur and Meow Wolf’s installation already highlights that idea, with many different “dimensions” added onto the main house. Starting Wednesday, October 17 and continuing until October 31, The House of Halloween will allow guests to experience immersive performances from actors, offer cash prizes for the best costumes, show spooky film screenings and host a few special Halloween concerts. And, of course, there will be decorations — but expect them to fall in line the iconic Meow Wolf style, rather than your average spider webs and jack-o-lanterns. 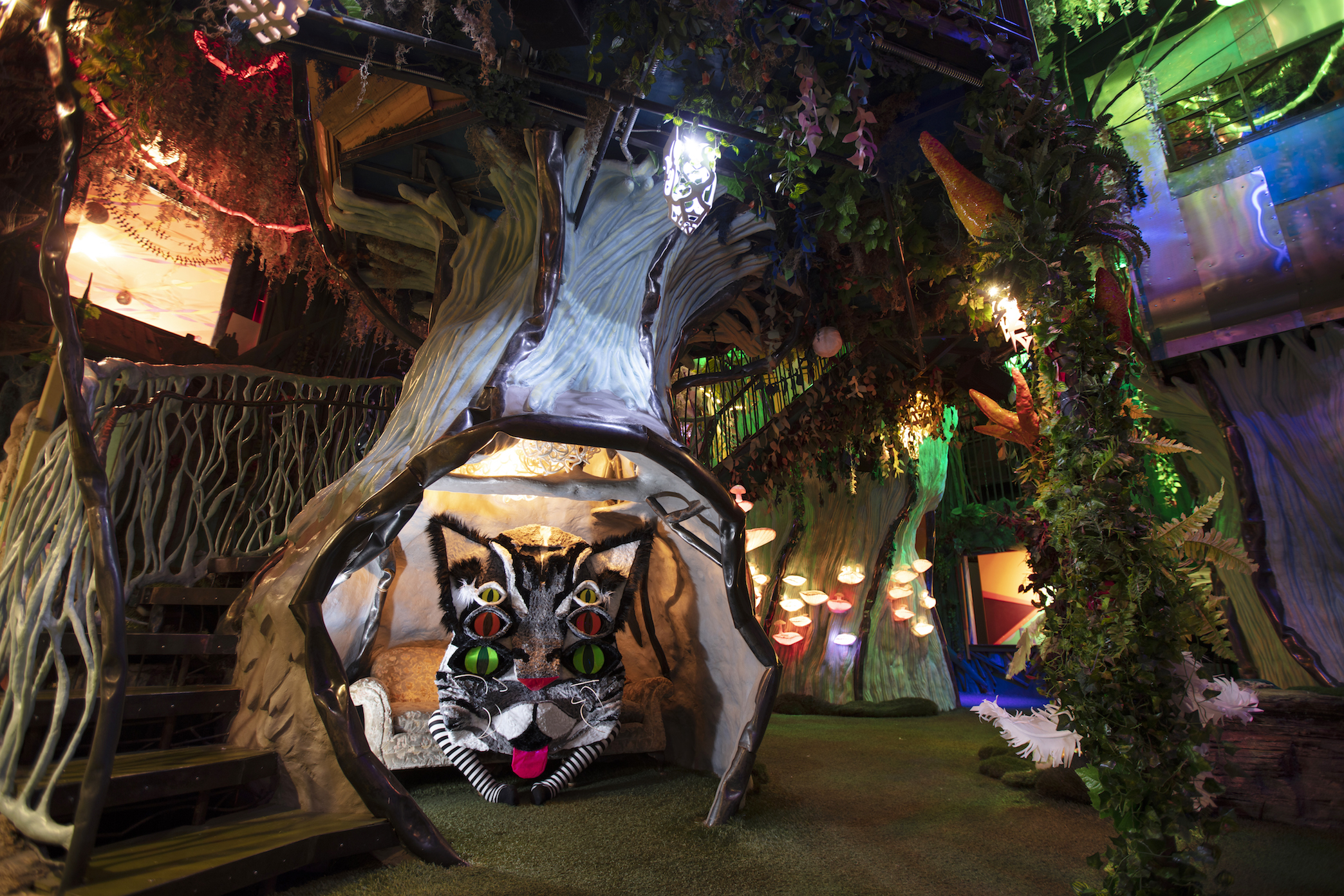 Typically, The House of Eternal Return features the story of the Selig family, who suddenly vanished from their house. Visitors can choose to solve the clues to figure out where the family went and how they went there. During the weeks leading up to Halloween however, visitors to The House of Halloween can meet new characters in that narrative through a series of live performances. There are particular dates and times for those performances, so if you’re interested in learning more about the mystery, you’ll have to be within the exhibition during those hours. Look out for suspicious characters on October 18, 19, 25 and 26 between 4 and 7 p.m., on October 20 and 27 between 2 and 5 p.m. and on Halloween between 4 and 7 p.m.

For those more interested in the scary side of Halloween, Meow Wolf will screen “The Eyeslicer Halloween Special” on October 25 from 7 to 9:30 p.m. Featuring 12 short segments of surrealist horror films, Eyeslicer might make you squirm, grimace or want to cover your eyes —  all in the name of Halloween. The best way to understand what you’ll be getting yourself into? According to the official statement, it’s like “an acid trip down the Halloween aisle at Party City.” One of the creators, Dan Schoenbrun will be there in person. 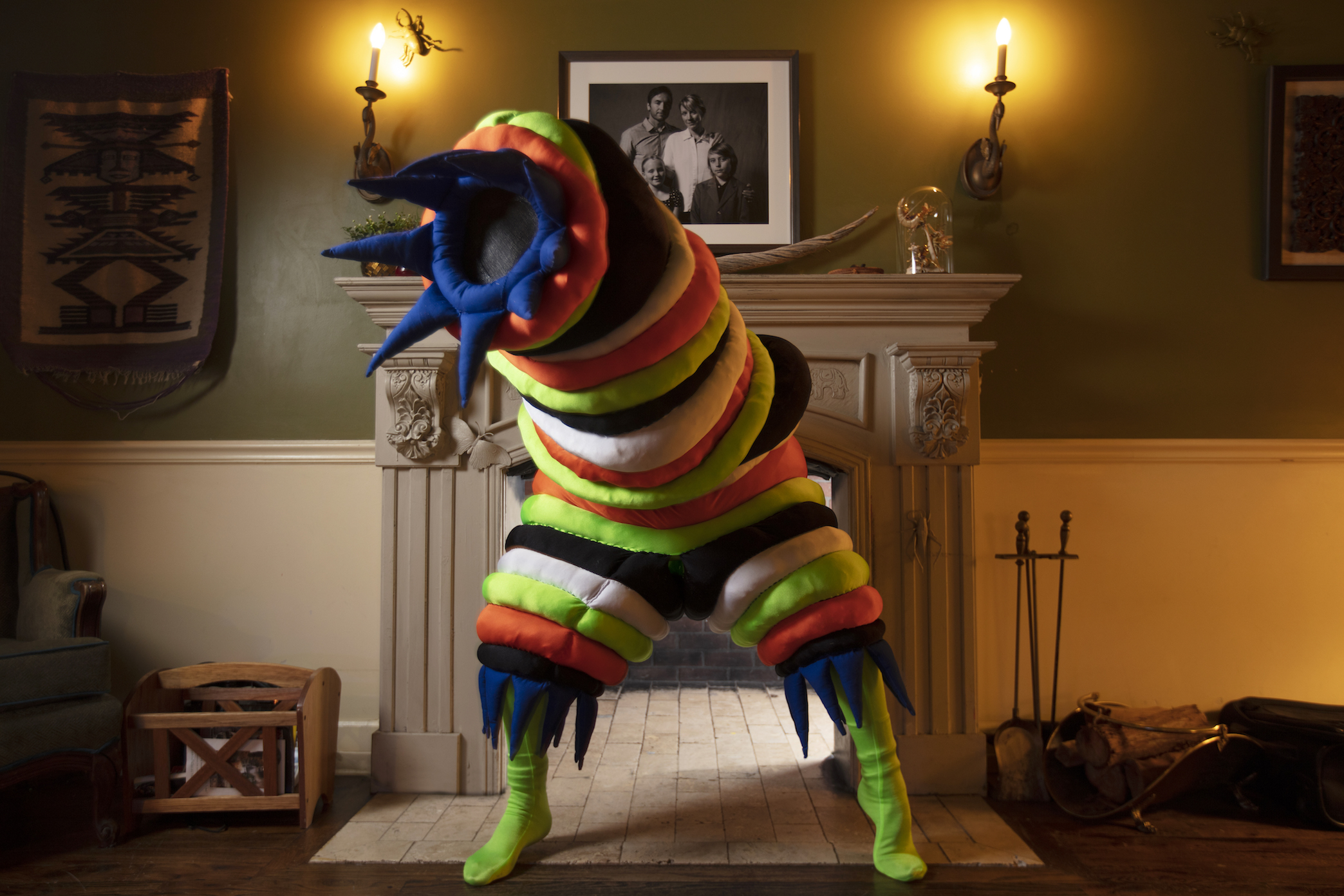 Meow Wolf, aside from being known for its immersive art installations, is also known for the intimate concerts it hosts within the Santa Fe exhibition. So it comes as no surprise that the weekend before Halloween, as well as the night of Halloween, is promising some perfectly themed shows. All three concerts will also be costume contests, where a $300 cash prize is on the line for the top contest each night as well as two $100 runners-up. On October 26 The House of Halloween hosts West Coast bass producer Minnesota for “Melt Shake Halloween” from 9 p.m. to 2 a.m. On October 27, the bass will be turned up even more for “Dance Monster Halloween” with Wolf + Lamb, Job Jobse, Downlow and more. Finally, on Halloween itself, the avant-garde group the Golden Dawn Arkestra will partner with Kero Kero Bonito for a night of supernatural sound. According to the Meow Wolf press release, the Golden Dawn Arkestra “adorns in shimmering regal robes reminiscent of intergalactic kingdoms of yore and features cosmic go-go dancers to keep your body moving on the dance floor while raising your consciousness past the outermost reaches of the cosmos.” We don’t know what you’re expecting from Halloween, but that sounds pretty dimension-blurring to us.

For a full list of events and Halloween-themed transformations at Meow Wolf, go here. 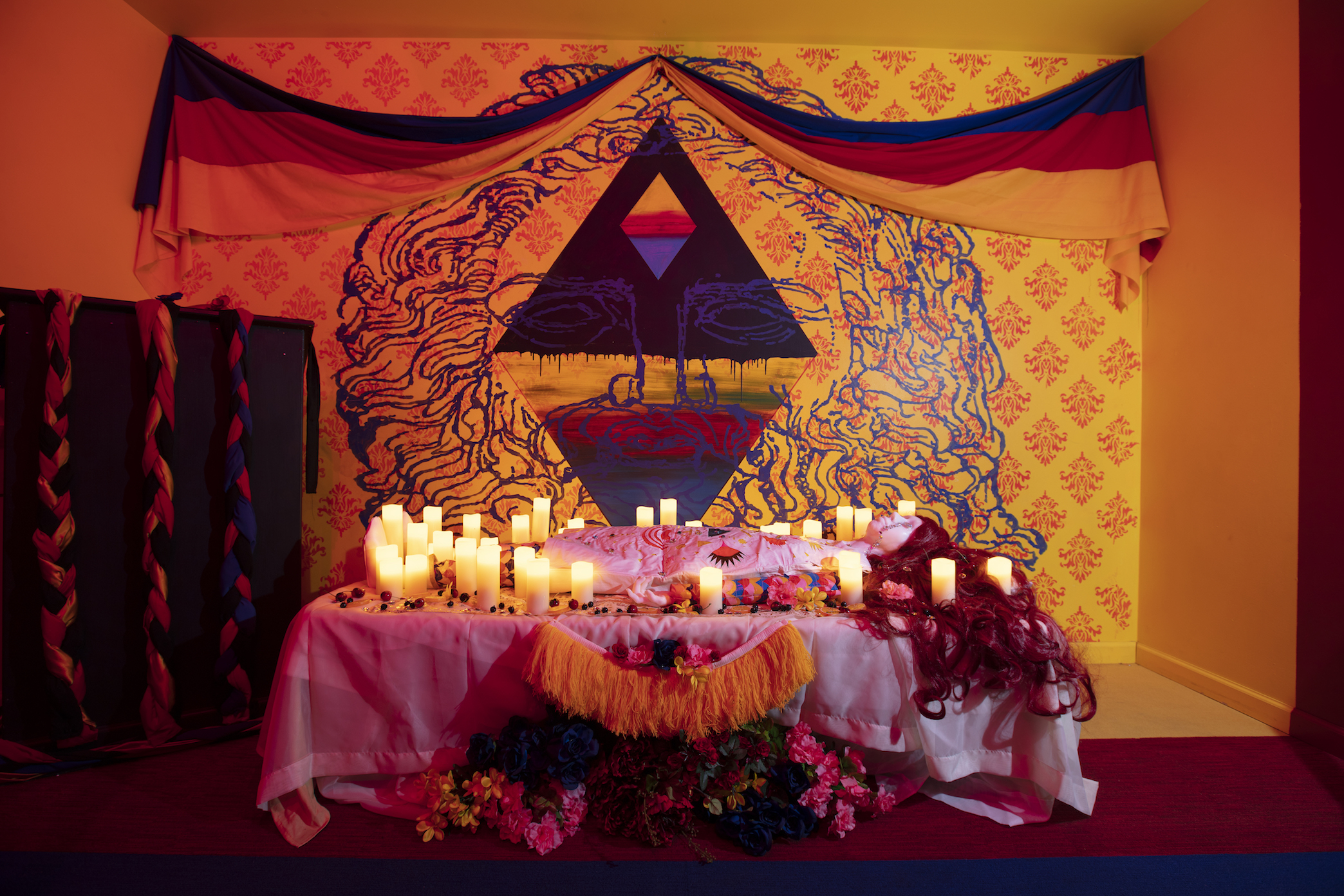 All photography by Kate Russell