If you know anything about Mac DeMarco, you know very well the charismatic personality, the antics and his woozy guitar-driven joints. Taking into consideration the many facets of DeMarco, his Red Rocks performance Monday night still managed to catch many of his adoring fans off guard. While it was outlandish and off the cuff as his performances are known to be, there was an uncharacteristic sadness coursing through as well. As many are aware, beloved rapper and fellow “Mac,” Mac Miller passed away Friday stunning the music industry and the world with his sudden departure — DeMarco included. The resulting performance was a case of where the show must go on even when it shouldn’t.

DJ Jonathan Toubin was the first to take the stage, spinning golden oldies as fans poured into the amphitheater. Toubin’s musky throwback vinyl set kept the vibe high leading into the first band of the night (and the other acts of the night for that matter) The Free Nationals. Often associated with Anderson. Paak as his touring band of choice, The Free Nationals stepped out as their own unit flexing funky grooves across a dizzying number of soulful tunes. Performing many songs from their forthcoming record, The Free Nationals were as solid as they come, promptly coaxing the audience to their feet. Likewise shaken by the departure of Mac Miller, the band memorialized the rapper with a cover of his song “Dang!” eerily complete with Miller’s vocals played over the top. Without the assistance of their famed frontman, The Free Nationals proved they could hold their own and then some.

Following The Free Nationals, Chicago lyricist Noname took to the stage. With a full band to her back, Noname — unaccustomed to the high altitude of the amphitheater — fought to recite her rapid-fire raps occasionally stopping and restarting the songs to simply catch her breath. While a little rocky at the start, Noname eventually came out on top determined to see her performance through. Despite having an album on the near horizon, Noname flowed through the greater part of 2016’s Telefone, winning the crowd over with her stage presence and unique style.

After a short changeover, DeMarco and band nonchalantly hit the stage with red Solo cups, cigarettes and an 18-pack of Budweiser in tow. Besides the instruments and beer, the only other thing on stage was a banquet table where his friends and the Free Nationals sat positioned as if it were The Last Supper and feasted on cheap beers and cigarettes as well, ready to take in the show. Unfussy and uncomplicated, the set-up was quintessentially DeMarco — attempting to cultivate intimacy in even the largest of venues. With the sound of a slick synth lead and steady bassline, DeMarco began the show launching into “On the Level.” 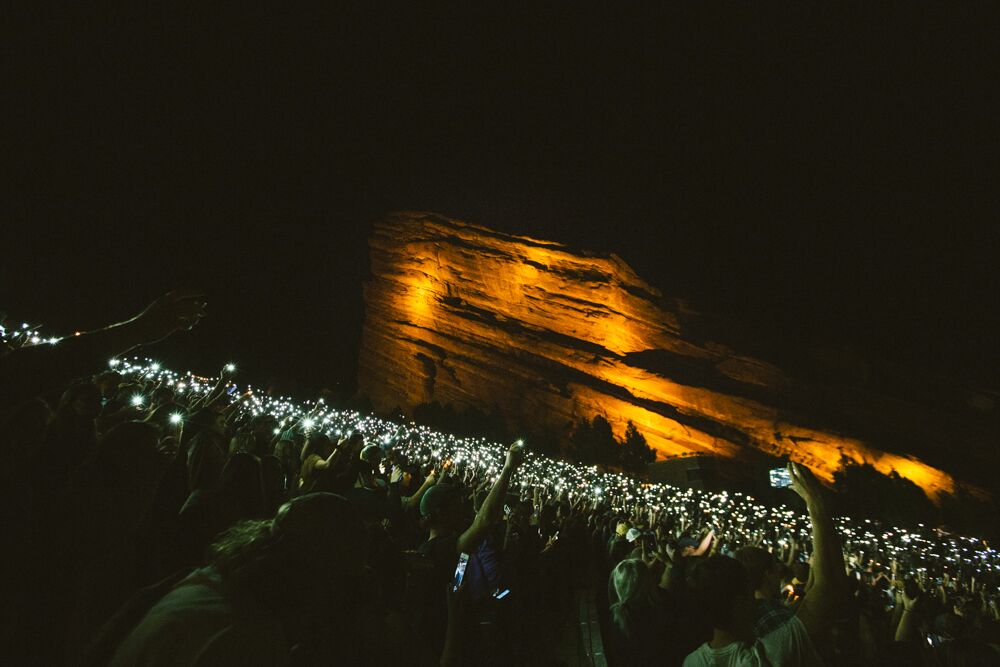 The set ran the gamut, ranging from hilarious to introspective spanning across nearly all of his albums. From celebrating his sound engineer’s birthday — throwing cake as if he were Steve Aoki — to frequent shotgun breaks mid-song, DeMarco was a riotous affair, and for the most part, it was business as usual for him. Throughout his performance, however, DeMarco’s juxtaposition between a goofy rocker and infinitely chill hipster waivered in a delicate balance, but as the set went on, it began to unravel.

Interjecting in one of his songs — a dedication to Mac Miller (a friend who he’d been in the studio with just days prior to his death) — reality set in. While DeMarco continued to perform, it began to feel as if he were going through the motions — his mind wandering elsewhere. The audience, noticing the increasingly dismissive nature of DeMarco dropping microphones and letting the instrumentals take over for long stretches of time, caused the musician to issue an apology for being in a “weird mood.” His unique and often hilarious inclusion of unconventional covers like Metallica’s “Enter the Sandman” or Radiohead’s “High & Dry” never materialized and his general antics lessoned until it felt like a completely different person on stage. For a typically fun-loving and energetic guy, sadly the weight of his friend’s death consumed the rest of the performance. Going into his viscerally somber encore “Watching Him Fade Away” and choking back the tears as he sang it, DeMarco no longer felt like putting on a front, nor did he need to. 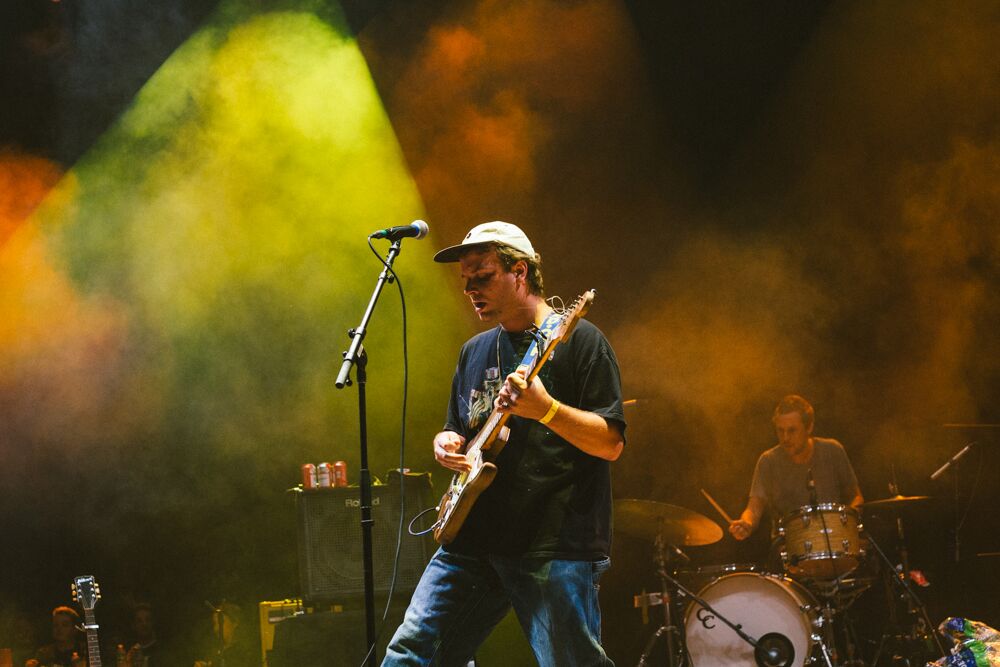 Watching someone like DeMarco struggle to process his emotions was a difficult thing to witness, especially as it played out in front of an amphitheater full of people. But, who can blame him? Tragedy blindsides us in the worst of ways, and we’re left to pick up the pieces. However, as many folks in the music industry are left reeling the death of Mac Miller, many should be afforded the time to deal with those emotions without the necessity of the “show going on.” A belligerent DeMarco stumbling into the official after party at Larimer Lounge — wearing nothing but a cowboy hat and underwear amidst nervous glances from his team and the audience — only served to further this notion. Mac DeMarco’s decision to continue on with the show was a testament to his fans but served as a reminder that artists need to take care of themselves too.