A common complaint amongst rap fans, detractors and casual listeners is that it can sometimes be difficult to translate what happens in the studio onto the stage, especially in larger venues. Bad sound engineering, an over-reliance on prerecorded tracks and an excess of hype-men all play a part in validating the grievance. Everything about J. Cole’s KOD Tour stop at the Pepsi Center last night proved that when performers can escape the aforementioned snares, hip-hop shows can be not only compelling but truly sensational. From the moment Earthgang hit the stage, through Jaden Smith’s high-energy performance and certainly through the headliner’s inspiring set the show was a masterclass in exactly what a hip-hop concert should be. The only thing missing was Young Thug.

Several days ago it was reported that the rapper born Jeffery Lamar Williams (Young Thug) had been charged with eight felonies — mostly drug-related offenses. Since he had not yet turned himself in — which he appeared to have done today — some fans were hopeful that the offenses would somehow not affect his ability to perform. Supporters were informed of the bad news the night of the show, and while most were disappointed, the strong line-up managed to thrive despite Thug’s absence. Both Earthgang and Smith shouted out the guy, with fans shouting “free Thug” in solidarity with their now incarcerated hero. His time slot remained empty, with J. Cole only starting only about ten minutes earlier than his allotted time. Thug’s nonattendance was unfortunate indeed, with the nearly 40-minute set break making the unavailability all the more glaring. 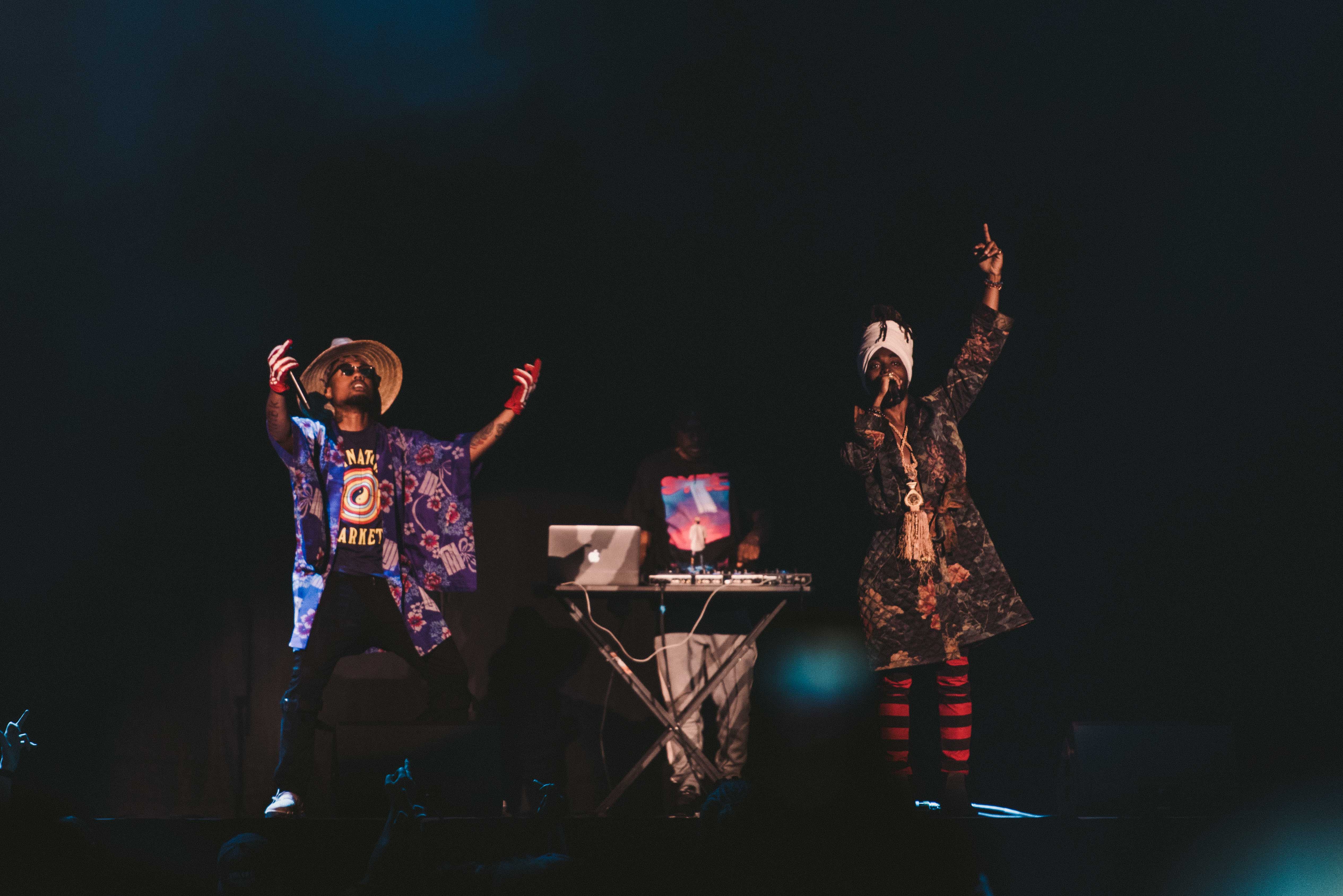 Earthgang — an eccentric hip-hop duo from Atlanta — opened the show in style. The fellow Dreamville Records artists arrived on stage in garish attire  — Doctur “Eian Undrai Parker” Dot pulling off a purple silk kimono with incredible grace. The two ran through material from their latest EP Royalty. Fans were most excited when they dropped the brooding J.I.D. assisted single “Meditate.” Atlanta has been producing an extraordinary amount of rap weirdos in the past several years, many of them finding success through an unconventional approach more than their lyrical content. Earthgang veer towards the conscious end of the spectrum, with lyrical dexterity and complexity sitting front and center. Their performance — aided by a strange anime rendition of the duo — nicely illustrated their sophistication. 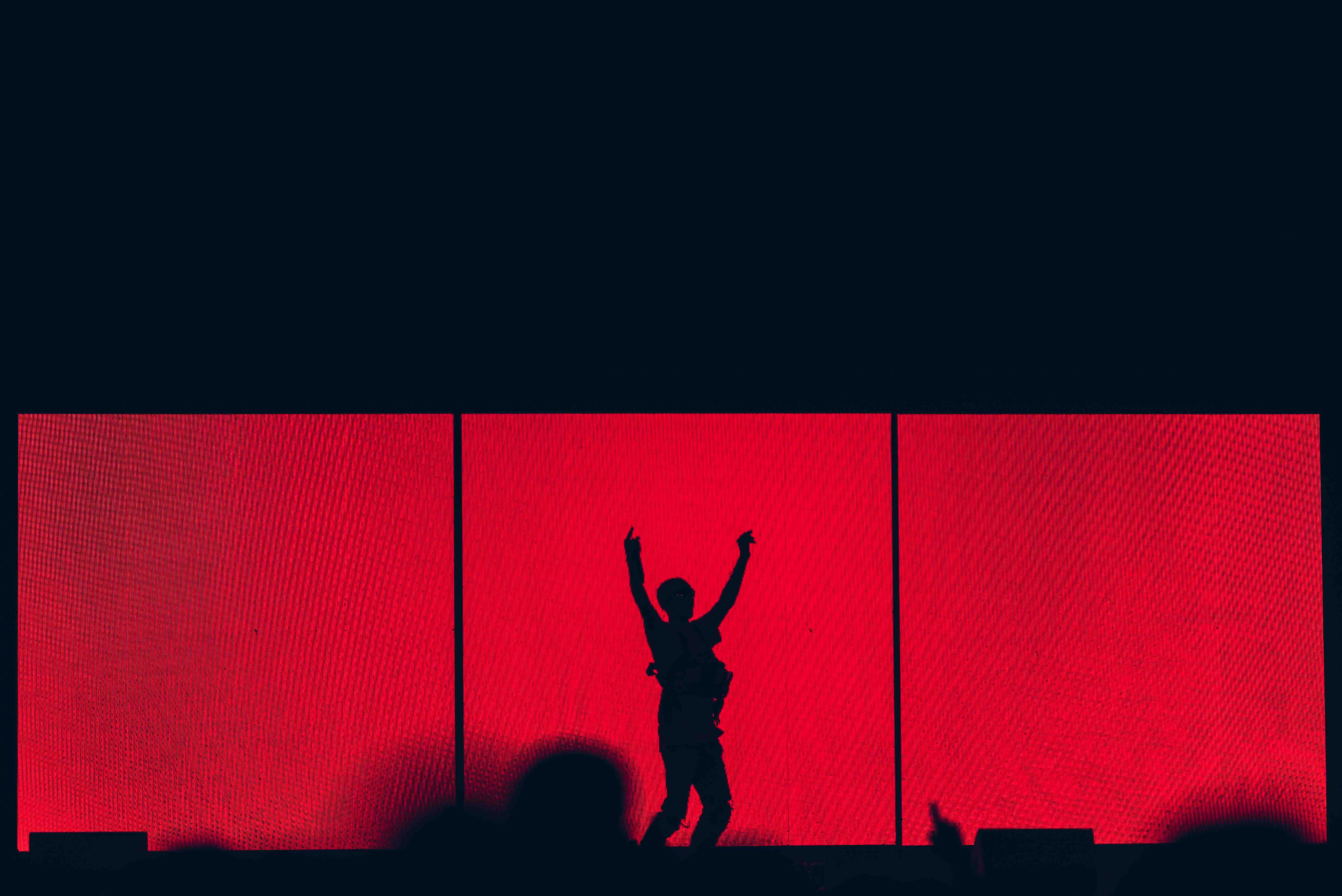 Next up was Smith. The now 20-year old pup of Will and Jada Pinkett Smith leaped to the stage clad in expensive street-wear and a fashion-conscious bullet-proof vest. He played hits from his album Syre, doing so with a self-assurance that indicated both his growth as an artist and as a man. It appeared that the kid finally is getting some bass in his voice — he shouted and roared with rockstar conviction. His parents obviously cast a massive shadow, but his set proved that he may be more than a Hollywood baby standing on the shoulders of giants. His creativity and charisma made his sometimes unrelatable content seem appropriate. While his perspective may be markedly different from most of ours, his optimism and energy were built for the stadium. 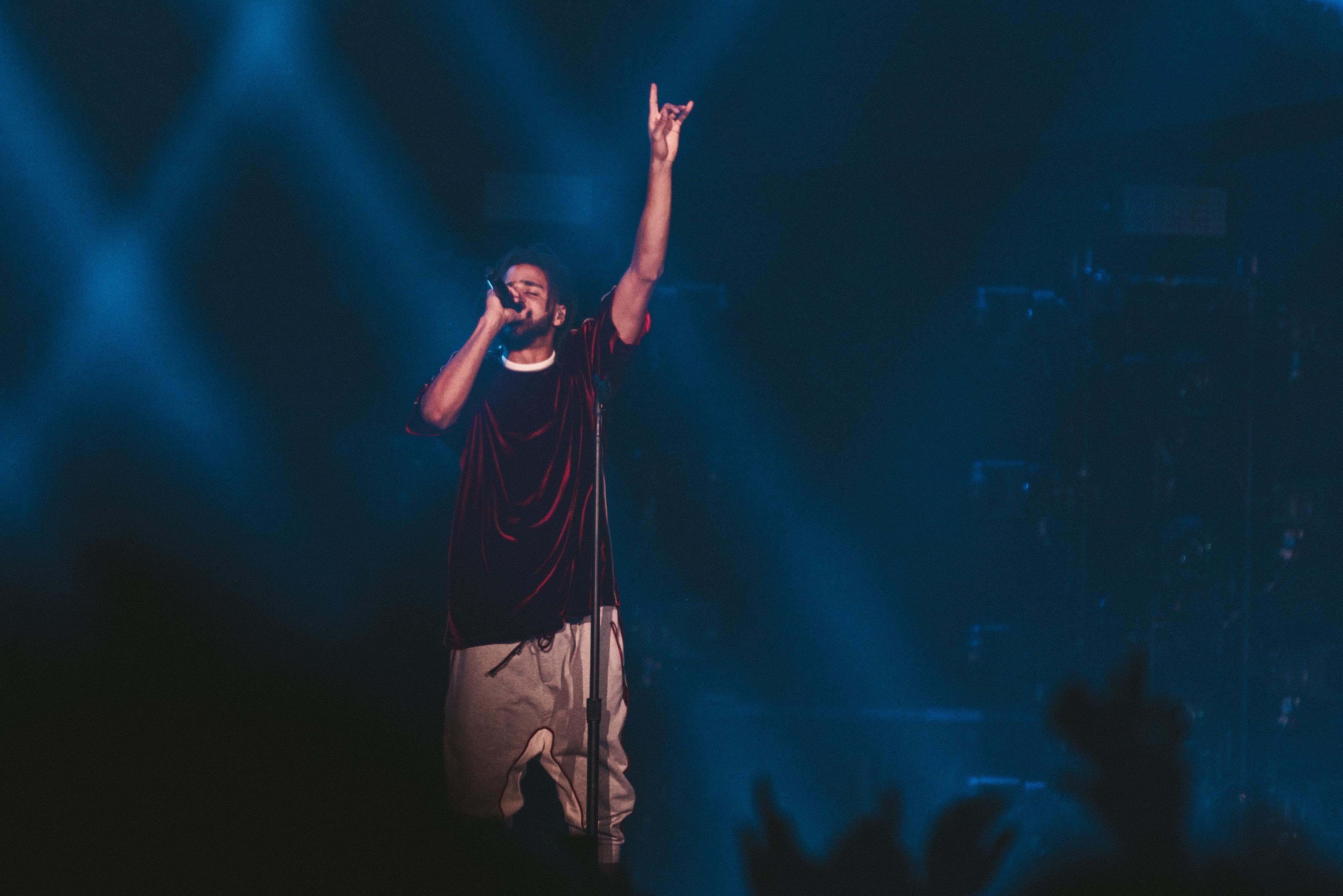 There’s a reason J. Cole is generally considered one of our generation’s greats. His catalog is extensive and contains party tracks with incredible depth and deep tracks that still make you dance. His perspective has always been elevated, and even during his early years, he approached the craft with finesse. During his career, he’s rocked many personas, from a more traditional chain-rocking fly-guy to his current conscious and dreaded incarnation. When he arrived on stage he explained the various meanings of KOD — Kids on Drugs, King Overdosed and Kill Our Demons. The multiple significance of the acronym put perspective into where Cole is at as an artist — someone who is experienced enough to chastise and educate the youth but also still so much in his prime that his personal struggles and successes still remain front and center.

Many performers strut the stage, either out of legitimate confidence or overcompensation. Cole walked the stage looking as if he was in his own living room. The extraordinary poise was striking. His lyrics — played up by his many a capella songs — were very personal, and his asides embellished the already intimate set. Cole has been accused of being mopey, but his Pepsi Center set showed that his apparent softness was just his impressive comfort in his own vulnerability.

During one interlude he discussed how pain binds us all together, each of us with a different reason. He implored us to be considerate of that, and help each other overcome our difficulties. He played it off with the coolness of a fireside chat — this was no preacher talk, more the concerned insight delivered by an older brother or close friend. This may have been his greatest success — the ability to assume a great deal of familiarity, discussing profound thoughts and emotions with clarity and compassion. In a time where hardness is seen as a sign of strength, Cole managed to cut through the nonsense, finding great fortitude in his own frailty.