Under the spotlight of a full moon, Beck ripped up the stage at Red Rocks on Monday. The singer, rapper, producer and instrumentalist stampeded the crowd in Morrison with an epic showcase of musical heat that will stand out as one of the best of the summer. After over 30 years of touring, this comes as no surprise, but experiencing first hand is the only way to understand.

Beck turned on his spectacle of an evening at 8:45 p.m., after a short but sweet set from the lovely Jenny Lewis. The 2015 Grammy winner of “Album of the Year” was joined by a keyboardist, two backup vocals and auxiliary instrumentalists, a backup guitarist and drummer hoisted on a platform. On the stage with him was a lead guitarist and bassist, all of which contributed to a larger than life sound to go with a larger than life set. Beck’s typical ’60s theme popped through the designs flowing over the back of the stage and the outfits of the performers. 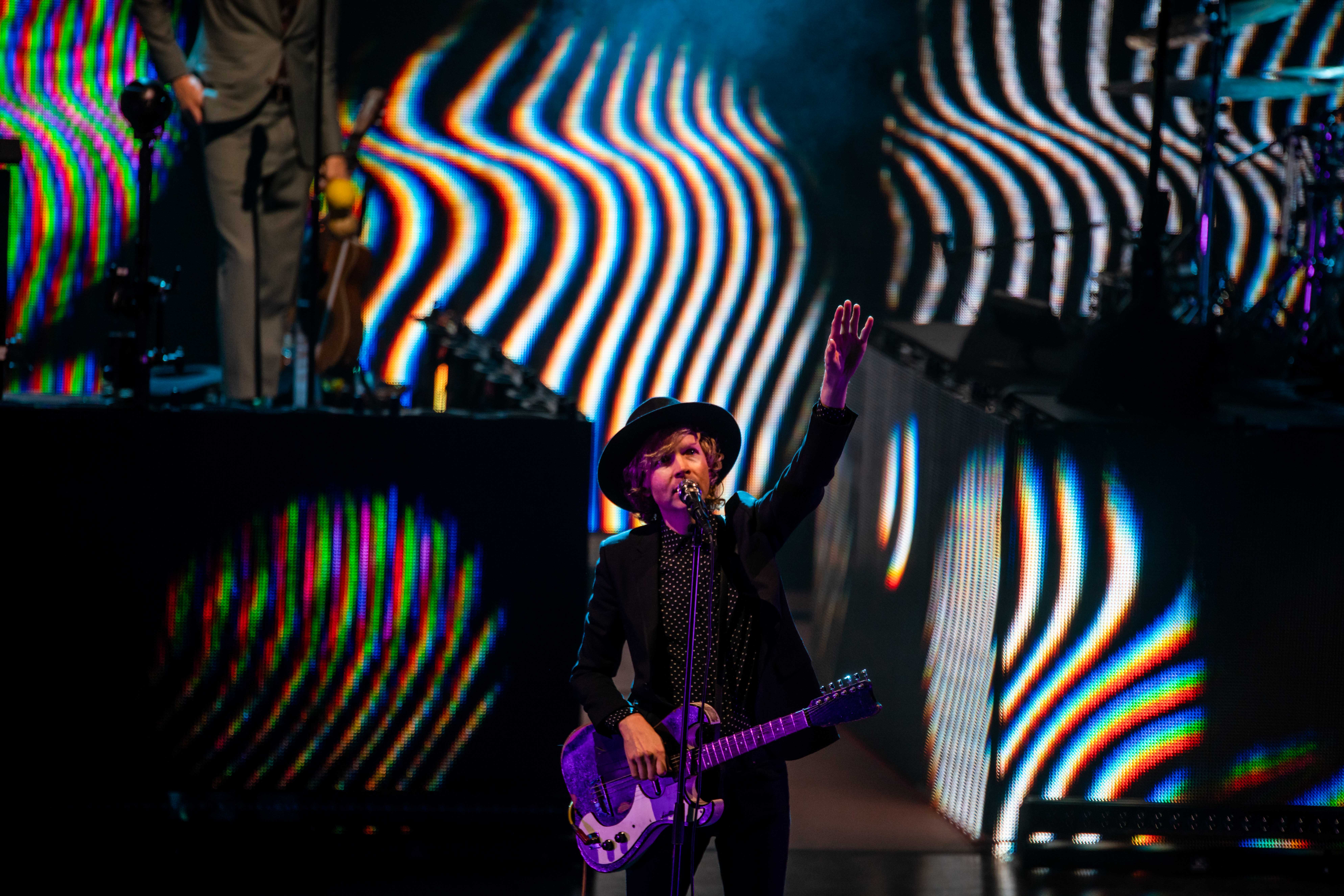 Beck radiates a wild energy that is so lively, it is nearly exhausting to observe. He rarely ceased the shuffle in his feet and the exciting antics of his guitarist encouraged the crowd to stay moving all night. The singer made a few references to Denver in his initial banter and tracks that spurred uproarious applause and excitement from his fans. After a short cover of “Raspberry Beret” by Prince, Beck announced he wanted to play some out of the ordinary tracks, which included “Earthquake Weather.”

There are certain songs Beck simply can’t escape from his performances, just due to their remarkable popularity. However, he knows how to make night one of two performances at the same venue unique.  “I’m So Free” and “Dear Life” brought the set to his most recent album and cause for his current tour, “Colors.” The tracks were followed by the group inching up to the front of the stage to play acoustic requests from the audience. “Where It’s At” and “Blue Moon” made the cut before the simpler showcase came to an end. Beck broke up the acoustic set and prompted the band to make their way back to the high energy set. 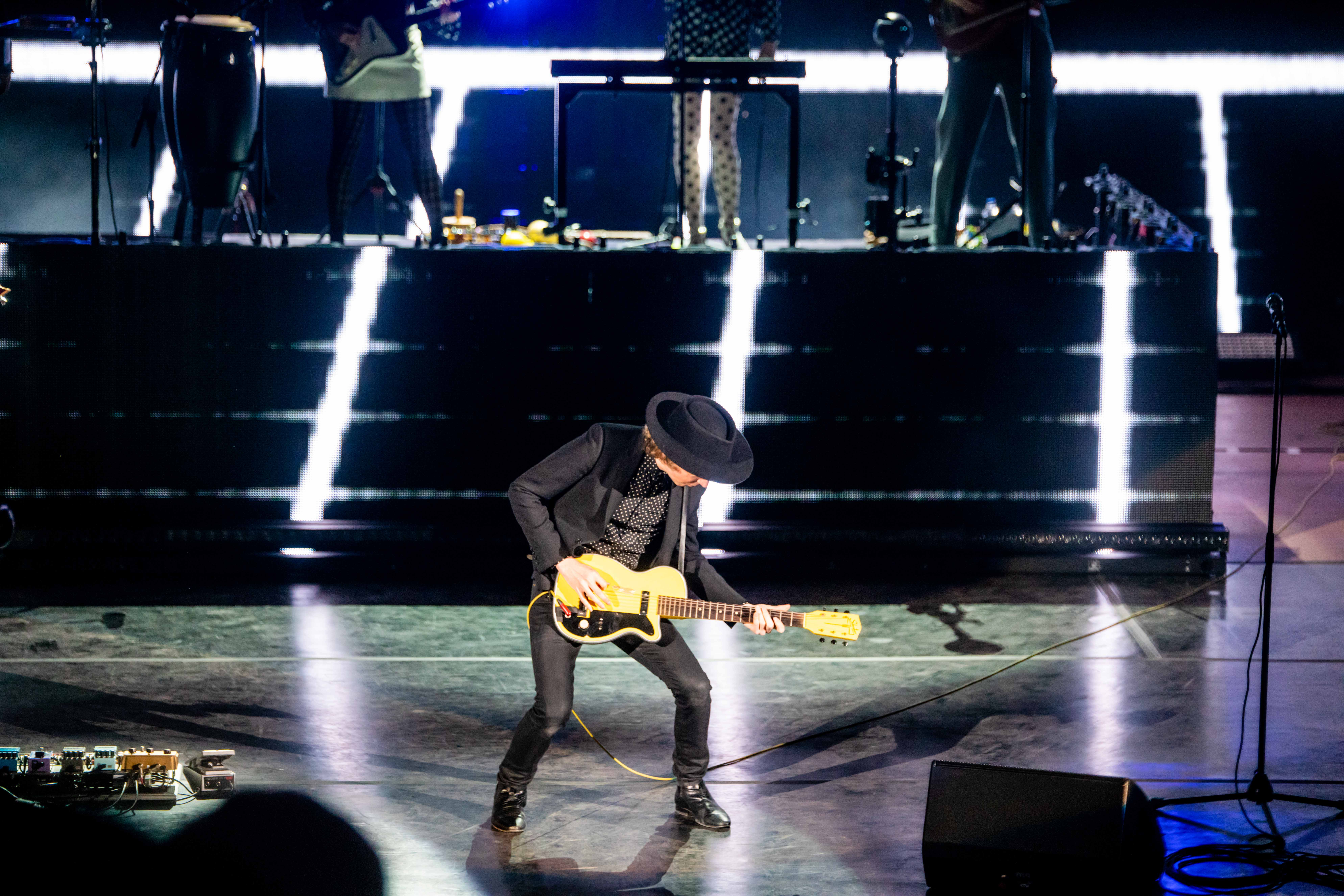 Beck changed his jacket and shirt before he threw down a series of his most anticipated tracks. “Girl,”  “E-Pro” and “Loser” all rattled out in a row — the last of which was crowned “the loudest ‘Loser’ of the summer,” by its creator. The encore sparked another jacket change, this time a sparkly number that twinkled brightly as the band once again played “Where It’s At,” this time with the full set of theatrics, leaving the earlier version in the dust.

It was at this time in the night that Beck really started to let loose. He introduced each member of his rocking band, allowing each instrument to spout off a diddy of their own, showing the crowd what they could do. Before he brought the first night of two at Red Rocks to an end, Beck embarked in an epic sing-a-long cover of “Don’t You Want Me” by the Human League, which left all participants panting to catch their exuded breath. 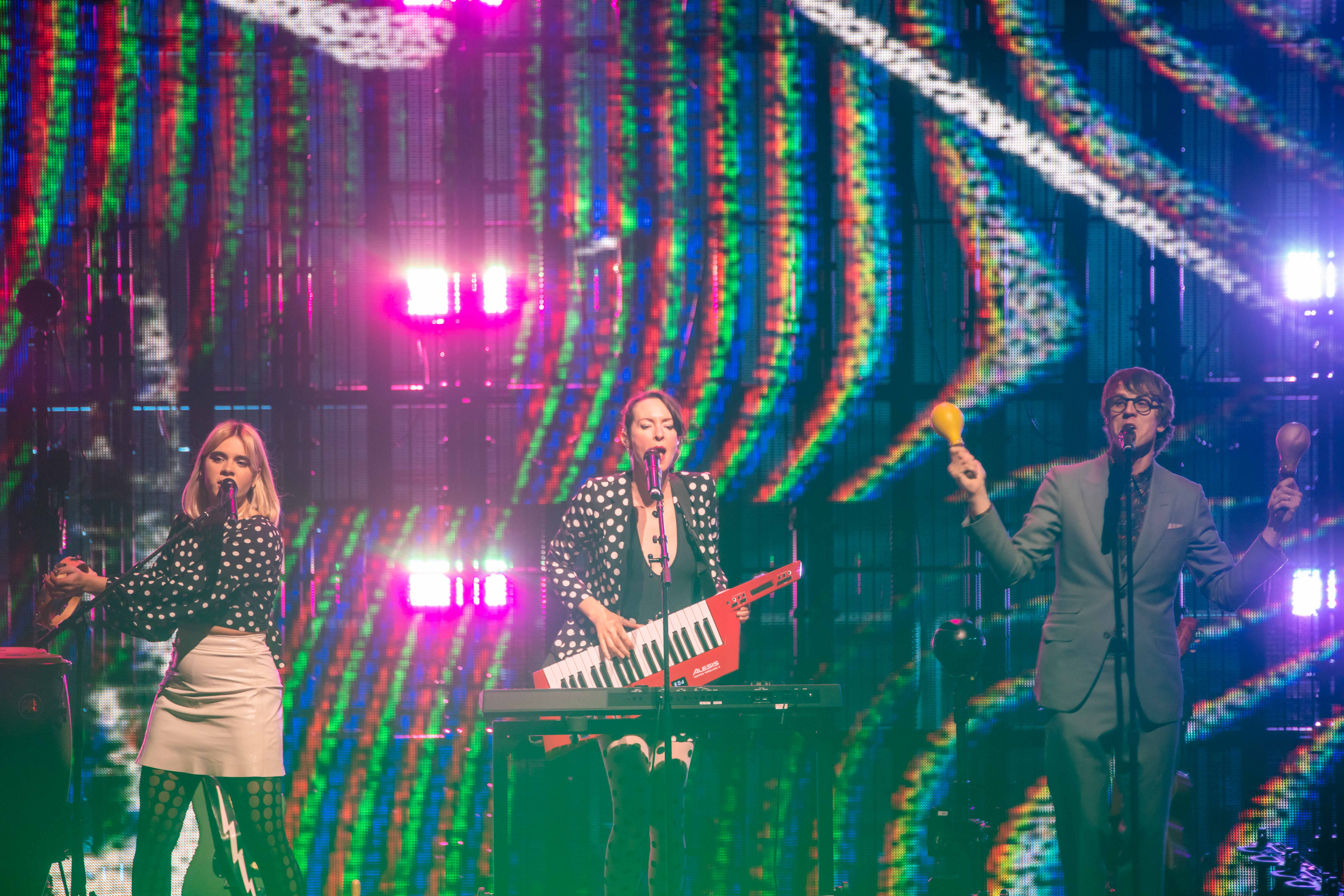 Beck may be a hefty 13 albums into his career, but he is still experimenting and still overwhelming with his energy and dedication to his live act. It will be interesting to see what he plans for his second night at Red Rocks, but even if he sticks largely to the same routine, it is hard to imagine disappointment at the monoliths.