The weather is changing as we speak and there’s no better way to embrace it than by diving into a continuous flow of good vibes with a band known as Poolside. The group is creating a current of rippling delight on their “Feel Alright Tour 2018” and Denver was the second to last stop where they made a soundwave splash at Grandoozy Music Festival. 303 Magazine had the pleasure of linking up with Jeffrey Paradise to discuss the band’s subaquatic derivation.

READ: Review – Grandoozy Pulled it Off

303 Magazine: What’s something you admire about the Mile High City?

Jeffrey Paradise: A lot actually, I really like Denver. We come here pretty regularly for DJing. In general, the people are fun and they party hard in a way that’s enjoyable. It’s pretty festive and there’s good food and wine. I didn’t realize this until recently but it’s a super hardcore music city. People really love and know music here.

JP: It was late 2010 and dubstep was really popular at the time. I understood it, but in L.A., you went to daytime barbeques, hangouts or pool parties with your friends which was very different than that scene. You invite people over, kind of like backyard culture. Most people would be playing dubstep at these get-togethers and it was a bit too gnarly for me. I wanted to hear something low-key, laidback and contemporary. My buddy and I decided to make music that was for that backyard setting.

303: Describe the band’s musical style as a metaphor.

JP: It’s like driving down the California coast, top down in your convertible. But not a flashy convertible — kind of like an ‘80s Mercedes-Benz that has some duct tape on it somewhere. 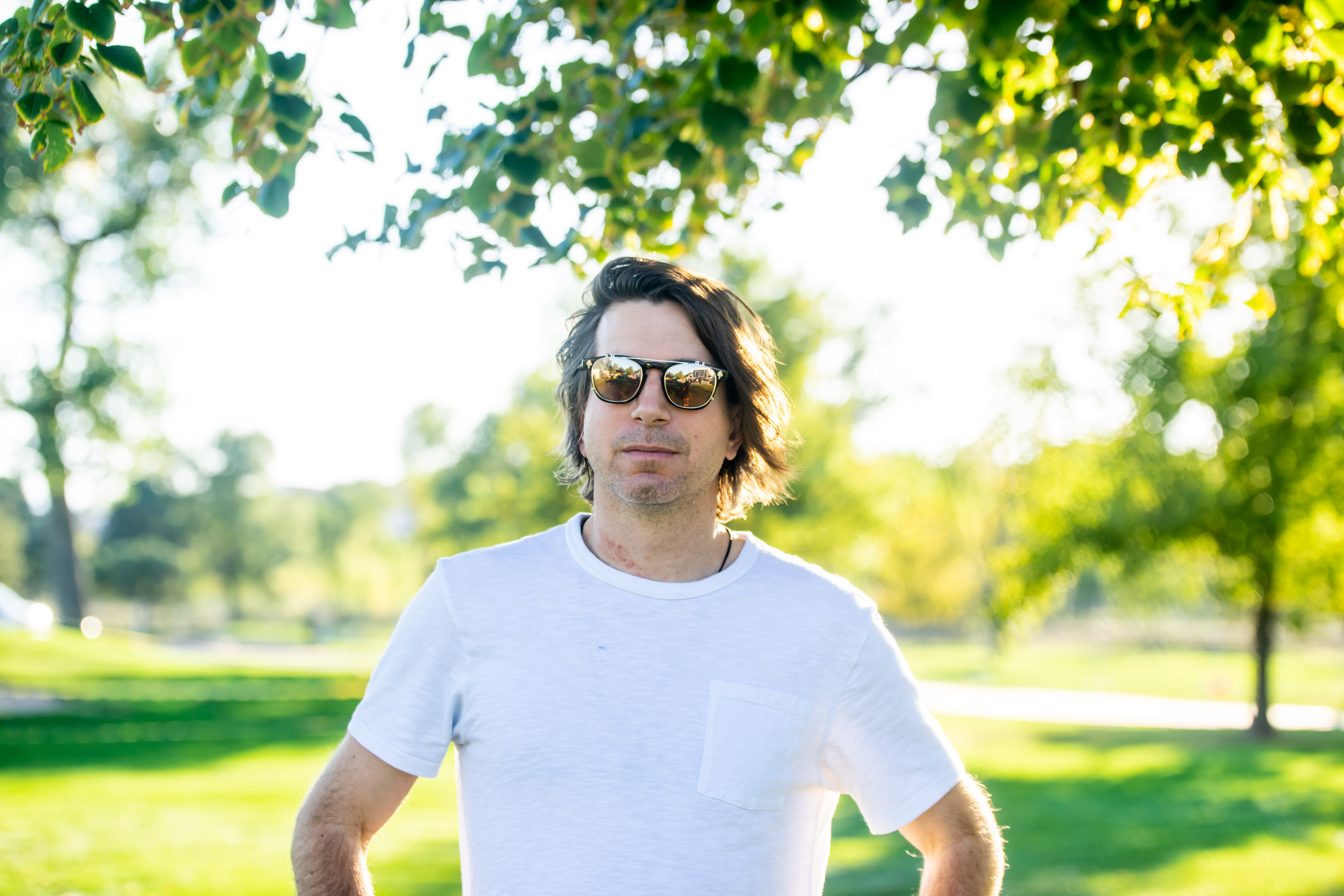 JP: With our performance, in particular today, our music fit perfectly with our time slot because of the late daytime sun. When it’s hot, it’s nice to have access to music that fits the environment. In that way, it’s more of an oasis than a different type of sound.

303: How does each member’s past music experience compliment the band’s present sound?

JP: Everyone in the band is super talented. Brijean has been playing Cuban percussion her whole life and adds a tropical feel to it. Casey studied jazz and brings a tasteful element to things. Vito and Mattie are in the rhythm section and were in a band called The Rapture before this.

303: Is there a place that you transport to when making music in the studio?

JP: When we worked on the first Poolside record, it was literally in a converted pool house. We had a boombox where we would play our songs and hang by the pool. We were still new with getting our feel, so in a way we were transporting ourselves to an environment we expected people to hear the music in. The music resonates with people in different ways. 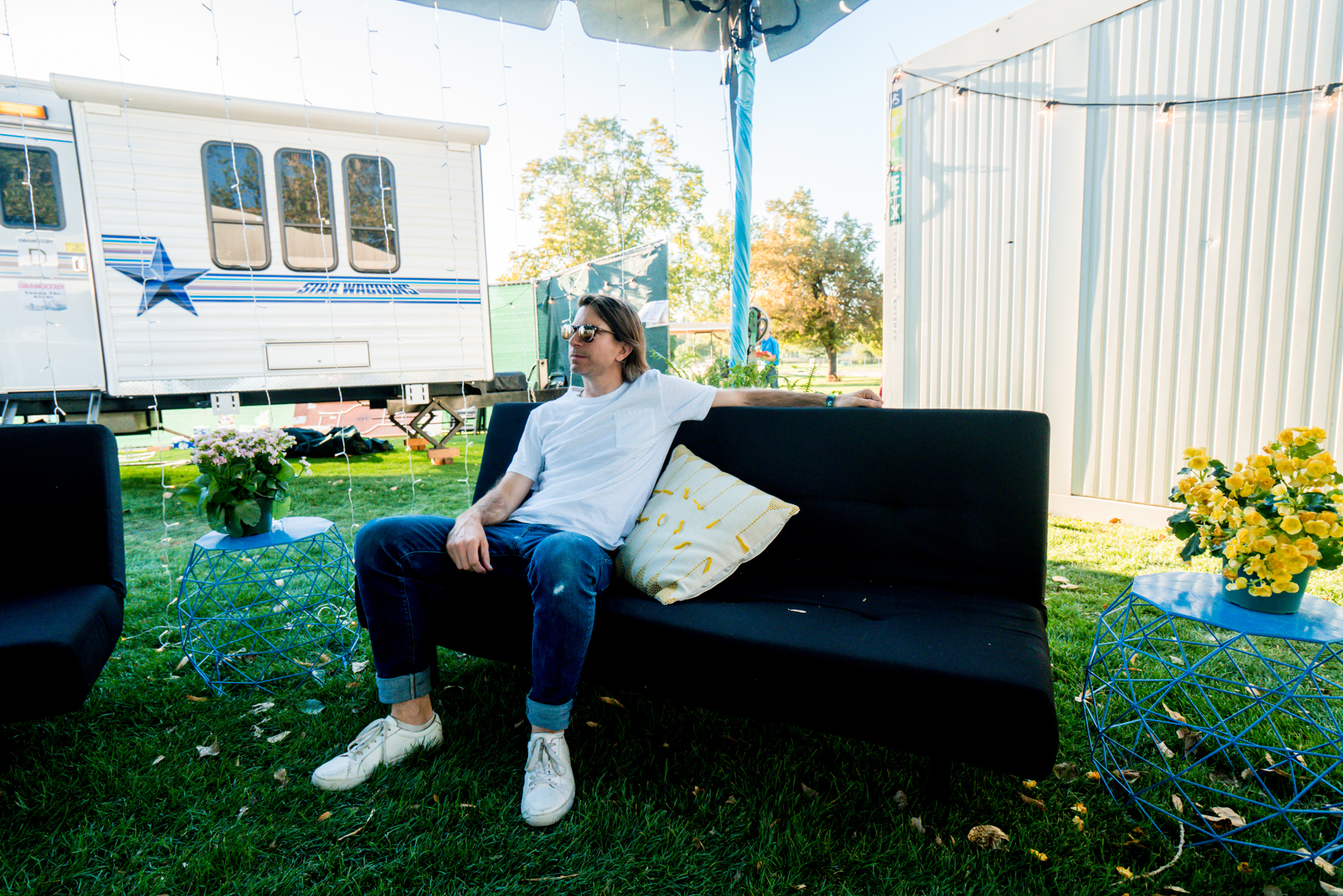 303: How do you feel your music reflects Denver’s music culture?

JP: We more so have similar influences and roots. There’s some overlap even though we are beachy and dance-driven but also have that mellow rock sound that seems to be part of the music scene here.

303: In your eyes, how do you envision the evolution of Poolside’s sound in the future?

JP: It’s a chill take on music and almost every genre has a more aggressive side. In a way, our pallet could be anything in a sense that it’s a more laidback side of a genre. It can really go anywhere and we want to keep broadening it.

303: What do you want people to absorb from your live performances and take away from this weekend?

JP: Live music gives you a chance to step away from your day-to-day life and if the music’s captivating, you forget about everything else for a while. That sense of levity is well-needed in our current times when things aren’t always chill. Hopefully, it provides a break from the stress and content we have to take in all day, every day.

Poolside evokes a stream of audial nostalgia that allows listeners to live in the moment within a comfortable nook of sensational joy. They are in the midst of working on their third album in hopes of releasing it next summer — at a convenient time when everyone can hang out in backyards and beaches and sink into the band’s fresh waves and patterned tunes.

All photography by Meg O’Neill unless otherwise noted.