Review – Grandoozy Pulled It Off

With a slight hangover and a second-hand high, Denver closed down the inaugural Grandoozy festival Sunday night. Years in the making, and following a slew of failed Denver festivals — from Mile High Music Festival to Monolith — Grandoozy was slated as more than a festival from the get-go. It was perhaps Denver’s saving grace — to put our robust music scene on the map with a festival that reflected our ambitions.

Spearheaded by Superfly — the organizers behind massive festivals like Outside Lands and Bonnaroo — coupled with a five-year contract with the City of Denver, the anticipation for what Grandoozy would become was palpable, to say the least. Their vision — a festival that matched Superly’s immersive experience with Denver’s vibrant culture, in a celebration of what makes this city great. For the most part, Grandoozy managed to pull it off. Of course, being inaugural in nature, Grandoozy wasn’t without its growing pains, occasional logistical issues and questionable choices like three-day paper tickets. But across its weekend run, Grandoozy offered a vision of what a successful large-scale music festival in Denver looks like. 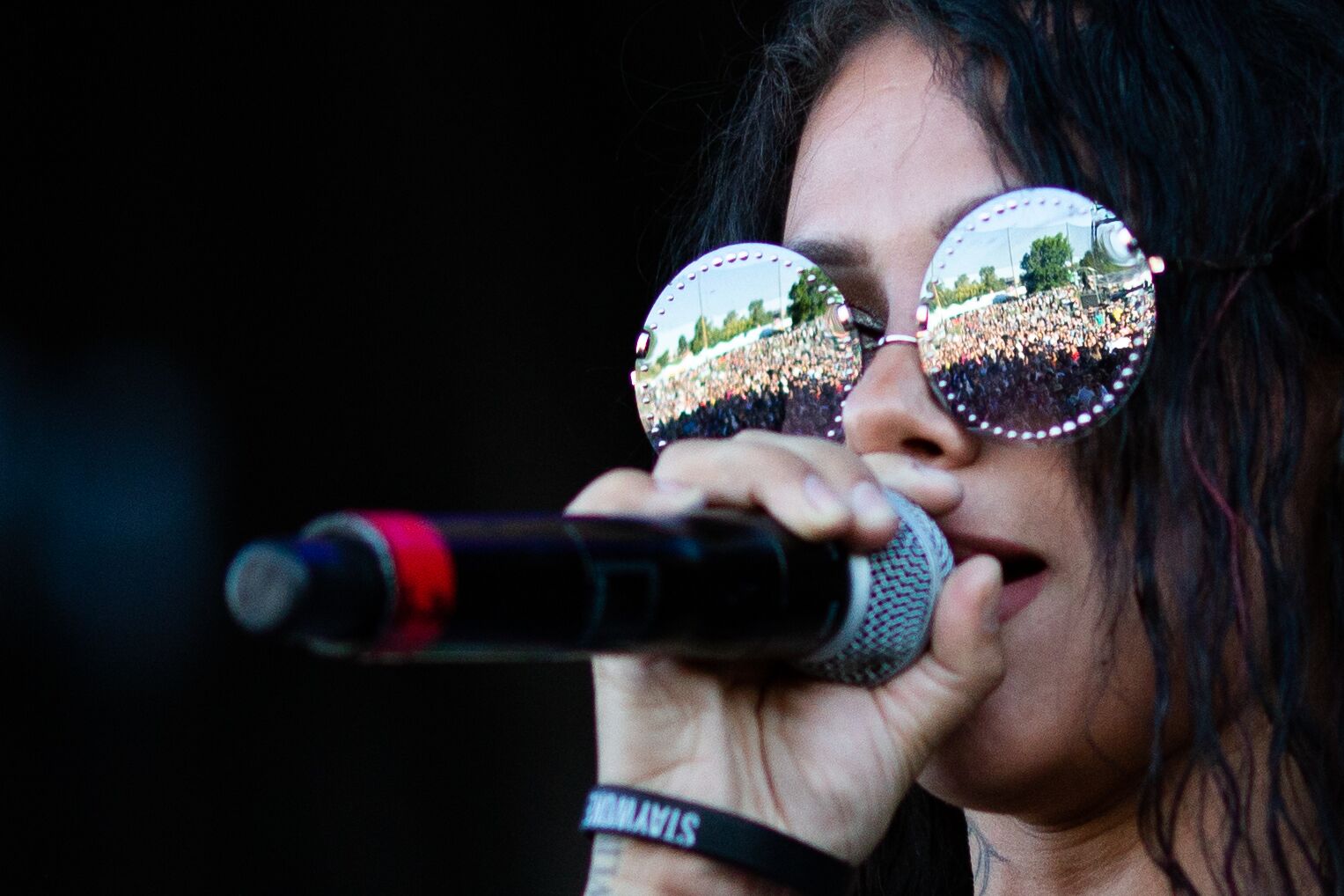 First and foremost, the most difficult aspect of Grandoozy was getting there. Overland Golf Course, caught between a rock and a hard place — the bustling Santa Fe on one side and residential abodes of the Overland neighborhood on the other, was bound to struggle with the arrivals and departures of Grandoozy attendees. Organizers, well aware of the logistical nightmare the location would inevitably cause, provided free shuttles and directions from the nearest light rail station which eased some headaches but caused others with long ride-share waits and a decent amount of confusion. Likewise, the lack of a proper map at the venue exacerbated the issue with many having to double back and to ask assistance for how best to leave. A botched partnership with RTD as well as unanticipated line closures also didn’t help. However, the transportation and parking issues got significantly easier as the weekend progressed, with attendees, through trial and error, figuring out what worked best for them. 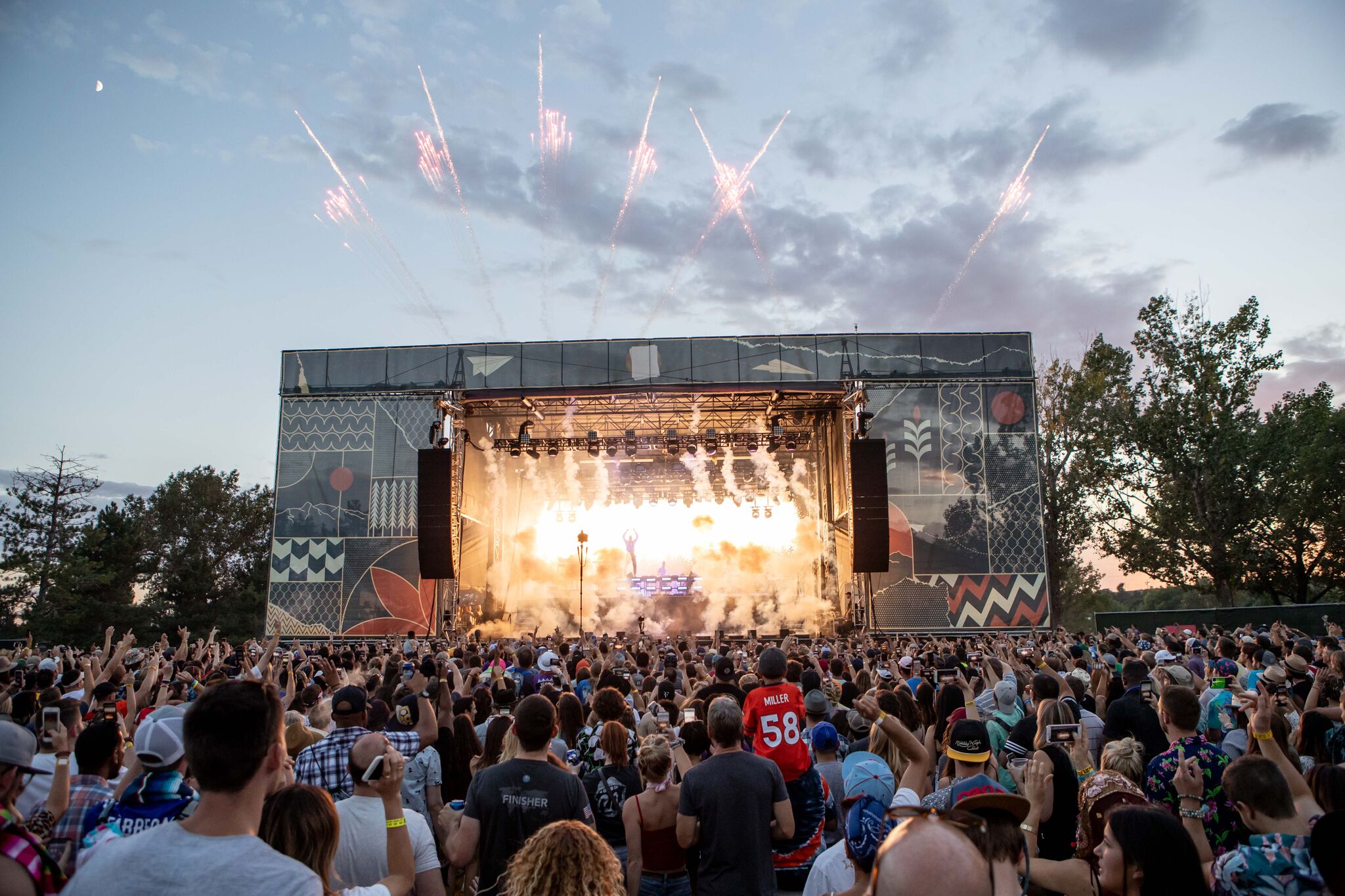 Though the location wasn’t the easiest to get to, once inside, it was immediately clear why Superfly chose Overland Park Golf Course. Had it not been for the driving range netting surrounding the main stage (Rock Stage) and the occasionally fenced off golf mound, you wouldn’t have been able to tell the park was a golf course. Vendors, volunteer booths and food trucks lined the expanse of the venue maximizing space at the stages and navigability of the site. The well-positioned stages and smattering of trees gave Grandoozy much-needed shade from the unforgiving sun and the fiery performances on stage.  The Rock, Paper and Scissor stages — whose beautiful banners were designed by local artists — were large and made for easy viewing from many viewpoints throughout the weekend. However, where the stage positions concurred the sun, the sound bleed of such close proximity sometimes went unchecked. 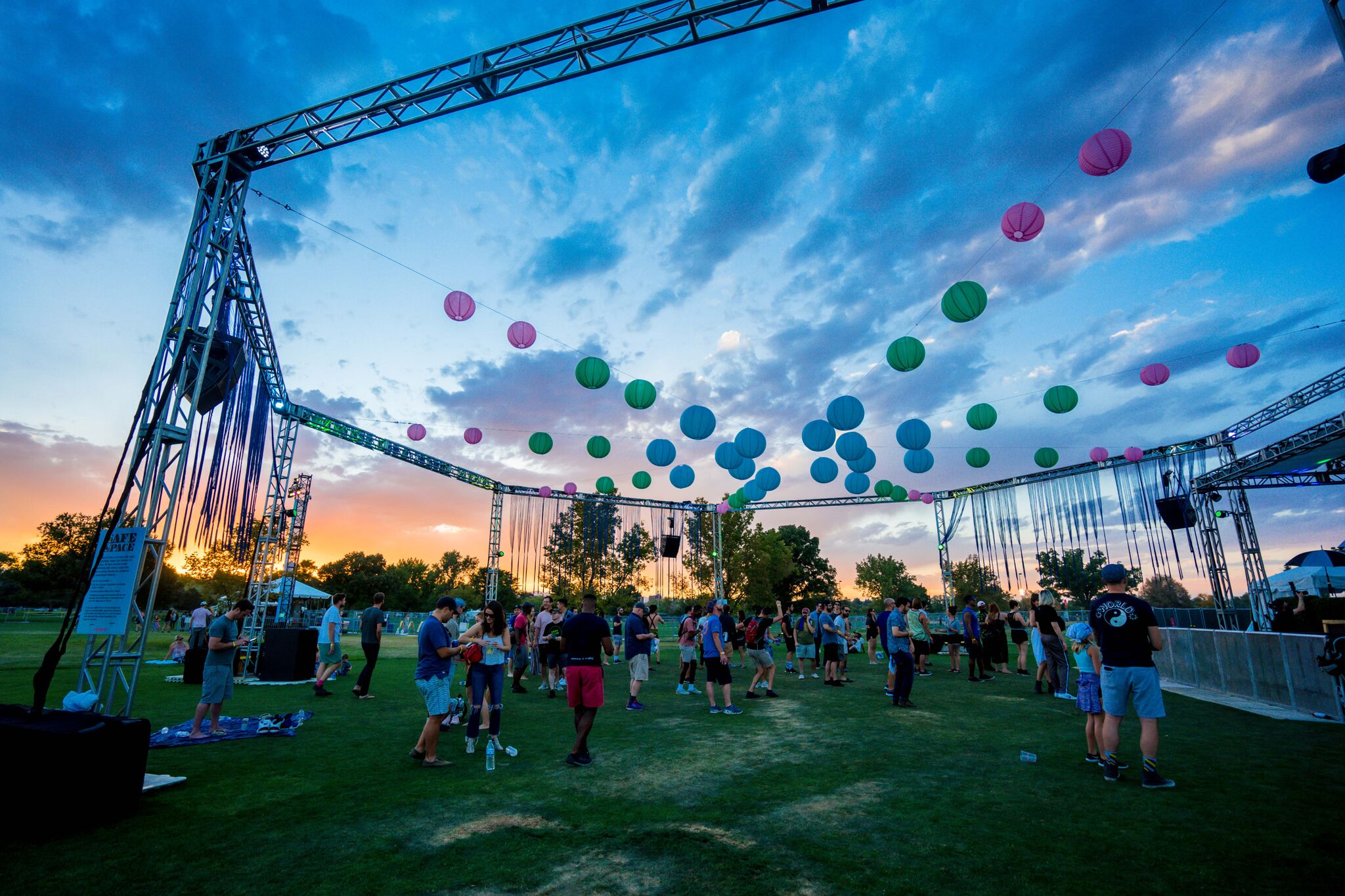 The Break Room at Grandoozy. Photo by Meg O’Neill

The Break Room, an all-day open-air disco with surround-sound speakers, was great in theory, but a missed opportunity in execution, with a severe lack of shade and stage design. Given the production of similar concepts like Coachella’s Do Lab stage or even Bonnaroo’s own Kalliope art car, The Break Room was treated like an afterthought to the stellar DJs Superfly booked to play it. Conversely, the ’80s Ski Lodge, the Bud Light Dive Bar Sessions Stage and the Capital One Lounge managed to provide an escape from the charged-up festival, acting as miniature oases in their own right. The ’80s Ski Lodge in particular, complete with ski projections in the windows and a light fixture created from skis, provided a lineup of bombastic local DJ sets inspired by the era.

Next door, a pop-up carnival inspired by South Park was a surprisingly immersive element complete with the iconic green and white mountains and carnival games inspired by the show. Though it offered little shade, the carnival area was alive with people reliving the glory of one of their favorite shows. Throughout the festival, the booze options were deep and plentiful (from the curated Arts & Crafts beer tent to the Flight School tasting bar), the food was tried and true Denver favorites and the bathrooms were clean and efficient. Whereas the lack of art, aside from the stage banners and two street artsquares that admittedly showcased great local artists, was disappointing for a festival of this size. The branded activations from the likes of Bai and Capital One filled some of the void — kind of. 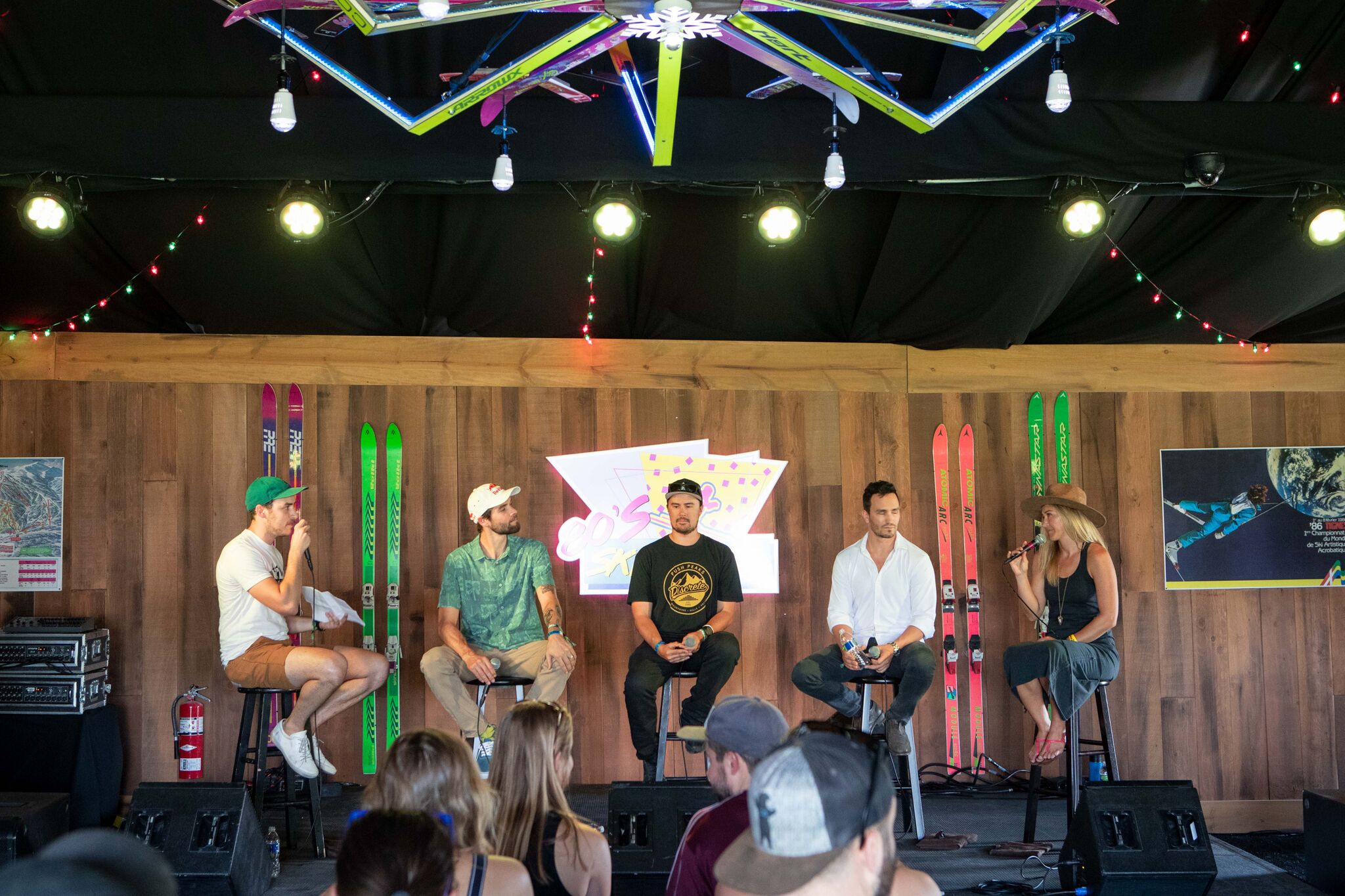 With music as the motive, the festival, costing upwards of $270 for a weekend pass didn’t hold back (nor pinched pennies) when it came to the performers. With talented — and pricey — headliners Kendrick Lamar, Stevie Wonder and Florence + the Machine — the greatest aspect of Grandoozy was, by and large, the music. From Phoenix’s sunset dance party to Black Puma’s blistering day performance, Grandoozy had no shortage of breakout music moments. What was at first a lower number of musicians compared to SuperFly’s other marquee festivals, the arrangement worked in Grandoozy’s favor as there was little overlap between artists, allowing many in attendance to go conflict-free. A deep electronic lineup in the Break Room touched on Denver’s affinity for house music — an element so often overlooked by Grandoozy’s predecessors.

Additionally, a series of conversations led by star winter athletes and conservationists added an important element of learning and enlightenment highlighting Denver’s love for the outdoors to the festival. For an inaugural event, Grandoozy created a lineup that wasn’t terribly unique (all eyes on Kendrick Lamar who played a remarkably similar set in Denver last year), but a lineup that managed to be crowd-pleasing through and through, and most surprisingly managed to dial into a diversity of people that represented the city. 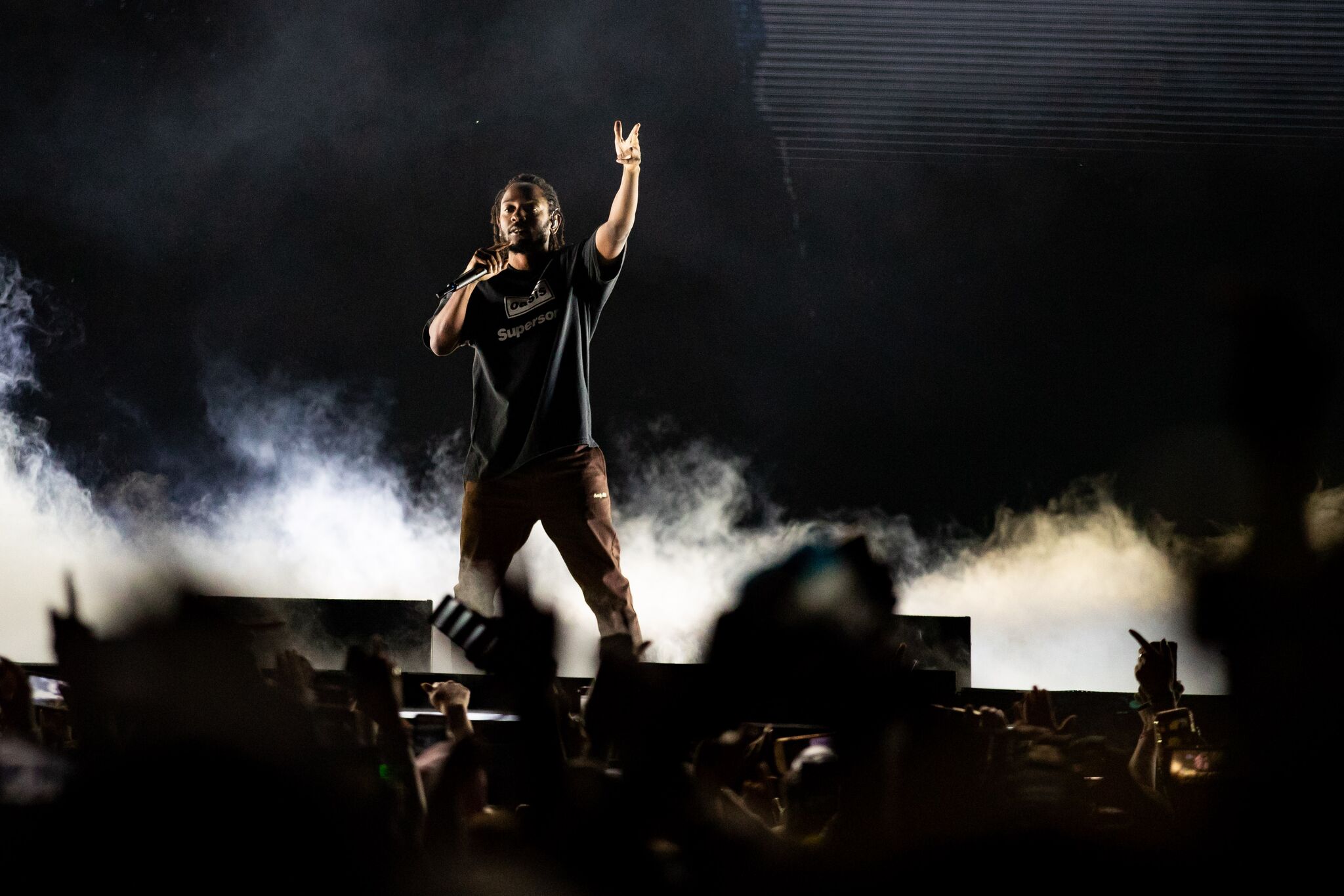 With so many festivals popping up around the country, the promoters challenged themselves to create something that had its own character and culture — something that would bring in outsiders yet reflect Denver in its execution. Though apt at representing many facets of Denver, Grandoozy has also shown ample room to grow in fostering a unique identity. For the most part, and understandably so, Grandoozy played it relatively safe — from its bookings to its lack of after shows and even the feel of the festival. In taking on a name like “Grandoozy,” there’s an expectation of epicness and inspiration that, for the most part, went untapped in its first year. Calling yourself Grandoozy, you can’t settle for standard — you’ve got to go big, or you might as well go home. Where Bonnaroo fosters a tightly knit communal bond and Outside Lands is an adoration for food and beverage amidst a taste-making lineup, it wasn’t clear how Grandoozy ultimately defined itself.  Most of these qualms of festival culture and identity, however, sort themselves out over time, if the time is there, but only if the necessary risks are taken to explore what that culture and identity could be. Given how adventurous a state Colorado is, it was a missed opportunity to not hone into that risk-taking nature — and the creator’s proven imagination — and create something truly new and exciting. 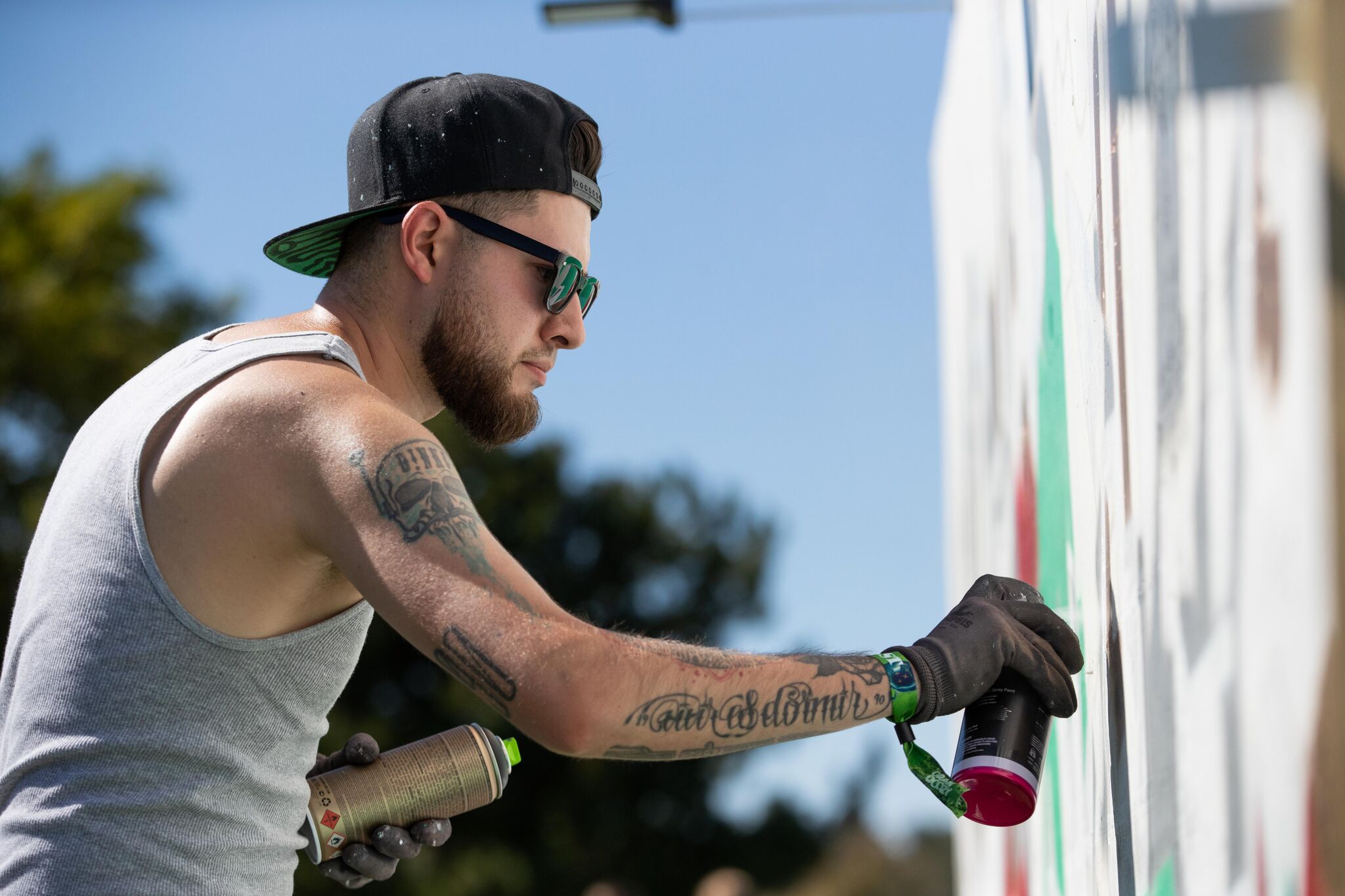 Nevertheless, the fact that Grandoozy was successful at all — given Colorado’s festival climate and it being Grandoozy’s first year — is a testament to its assured future. Doubling down on their vision and inspiration of a Denver-centric festival should yield all the answers they need moving forward. Grandoozy is not Denver’s first festival, and to learn for next year, organizers should take note from the successes and failures of the festivals that have come and gone to position Grandoozy as Denver’s marquee festival. Truth be told, it is truly amazing what SuperFly is creating in Denver — overdue, but without a doubt what many people have been waiting for. Furthermore, if the inaugural Grandoozy was but a taste of what we can expect moving forward, the folks at Superfly can rest easy knowing that Denver is already hungry for more.

All photography by Kyle Cooper unless noted otherwise.