There’s a reason why Alon Shaya named his new Denver restaurant after his grandma or “Safta,” as it’s translated in Hebrew. But it’s not just because of the pretty pink interior or the fact that the menu is partially based on his grandmother’s recipes. Rather, it has to do with respect.

“When you’re around your grandparents, you’re always sitting up a little straighter, not cursing as much,” said Shaya. “So we thought, ‘how do we open restaurants that focus on not only just professionalism but respect and being kind while also making people comfortable?'” 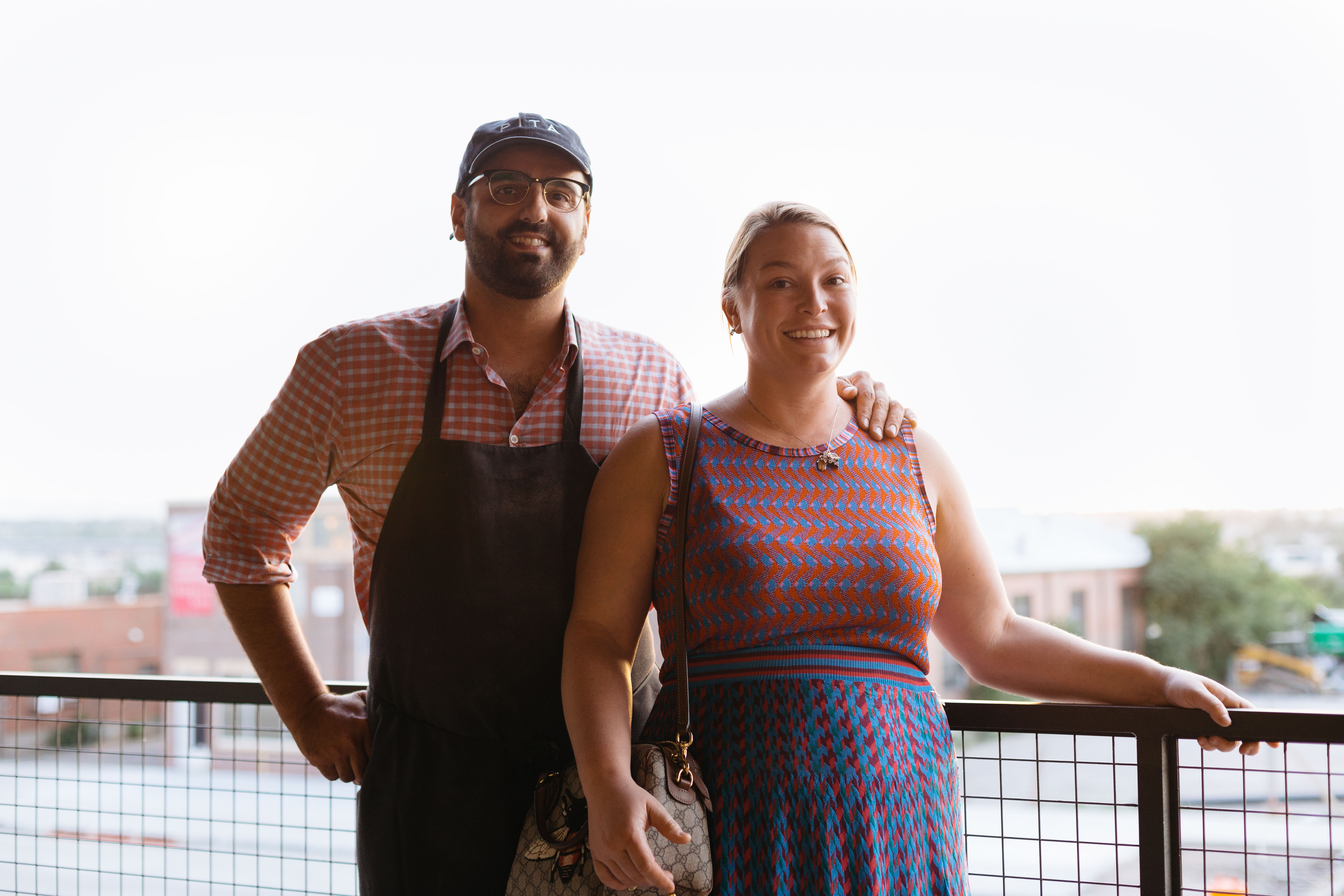 This seems to have influenced everything he and his wife Emily have done in creating Safta. This includes intensely vetting every single employee, to creating an HR position that’s solely focused on “people and culture,” and providing many work amenities restaurant employees aren’t used to, like health benefits, a five-day work week and continued education.

“We’re going to put them first. Above customers, above the bottom line — everything. Their experience here has to be more important than everything else,” said Shaya. This is a stark difference from the traditional hospitality culture where the customer comes first. But Shaya’s focus on respect makes sense considering less than a year ago, the chef lost everything in his professional life due to a toxic work environment. His old mentor and partner, John Besh, fired him only a month before Besh was accused by 25 women for fostering a culture of sexual harassment at his restaurant group. That company included Shaya’s namesake restaurant — of which he later lost in a legal battle with his mentor.

Shaya now sees this as a blessing. “It was a chance to press the reset button,” he said.  “It [allowed] us to be like, ‘here’s what we know how to do, here’s what we love doing and here’s what would make us the happiest.'” The result was Pomegranate Hospitality, the restaurant group that has now opened a pair of restaurants: Saba (grandfather) in New Orleans and Safta (grandmother) in Denver.

Safta just opened this past weekend inside the brand new Source Hotel. Located in a hyper-modern building full of angles and concrete, it may seem like a hard spot to recreate something that reminds you of your grandmother. But the rose toned walls paired with blonde wood and white orchids softens the space just enough that you instantly see the connection. Shaya, half-jokingly said it reminds him of a hipster grandmother’s living room. The inviting space feels much more casual than your typical high-end restaurant and in some sense, that’s reflected in the food too.

On one side of the menu you’ll find a large selection of hummus, of which Shaya is famous for. It comes topped with an assortment of accouterments like lamb ragu ($18), soft-cooked egg ($14) or blue crab ($24). Paired with the puffed pita bread, this is a must order with any visit to Safta — but don’t skimp on the Salatim (three for $21). Just below the hummus on the menu, you’ll find a collection of small traditional side dishes — ones that remind Shaya the most of his grandparents. Take the Lutenitsa for example. The blend of roasted eggplant, peppers, tomatoes and garlic is actually what Shaya credits as his earliest food memory and why he got into cooking in the first place.

“I was still learning English. I was an immigrant kid from Israel. I was a complete weirdo outcast in school. My parents had gotten divorced a couple years prior… I was all over the place,” said Shaya. “I remember opening the door and the eggplants and peppers hit me and I knew my grandparents were there and I knew that family was together.”

Beyond the sides — which alone could make for a hearty lunch with enough pita — the small dishes and large plates is where the restaurant really shows off. Try the Kibbeh Nayeh ($22) — a middle eastern lamb tartare served with the flakiest flatbread that resembles more of a puff pastry or the Matzo Ball soup ($14) that’s made with duck instead of chicken. If you’re looking for something big to share, try the pomegranate-braised lamb shank ($42) made with labneh and peaches or the charred cabbage ($22) — one of Shaya’s favorite recipes he adapted from his grandmother. In general, the place is an excellent spot for vegetarians with many dishes coming meat-free but still decadent (the whole roasted cauliflower ($25) is a show stopper).

As for drinks, wines and beer abound and the cocktails aren’t too shabby either. Fans of a classic Sazerac ($13) will find a friend in this rendition, whereas people with an aversion to tequila will be shocked by the mellowness of the Negev ($12). But something feels right about drinking a glass of pink wine at Safta — of which the restaurant has several.

With all things Shaya wants to accomplish with Safta in Denver, it all can be seen in the name. The sense of respect, hospitality and comfort are all in hopes that he and his wife do right by their grandparents — and in turn to do right by the people around them. To honor that promise, you’ll see the two faces of both their grandmothers on the wall when you depart.

“[They] are here to look over us and give us advice and wisdom,” said Shaya. 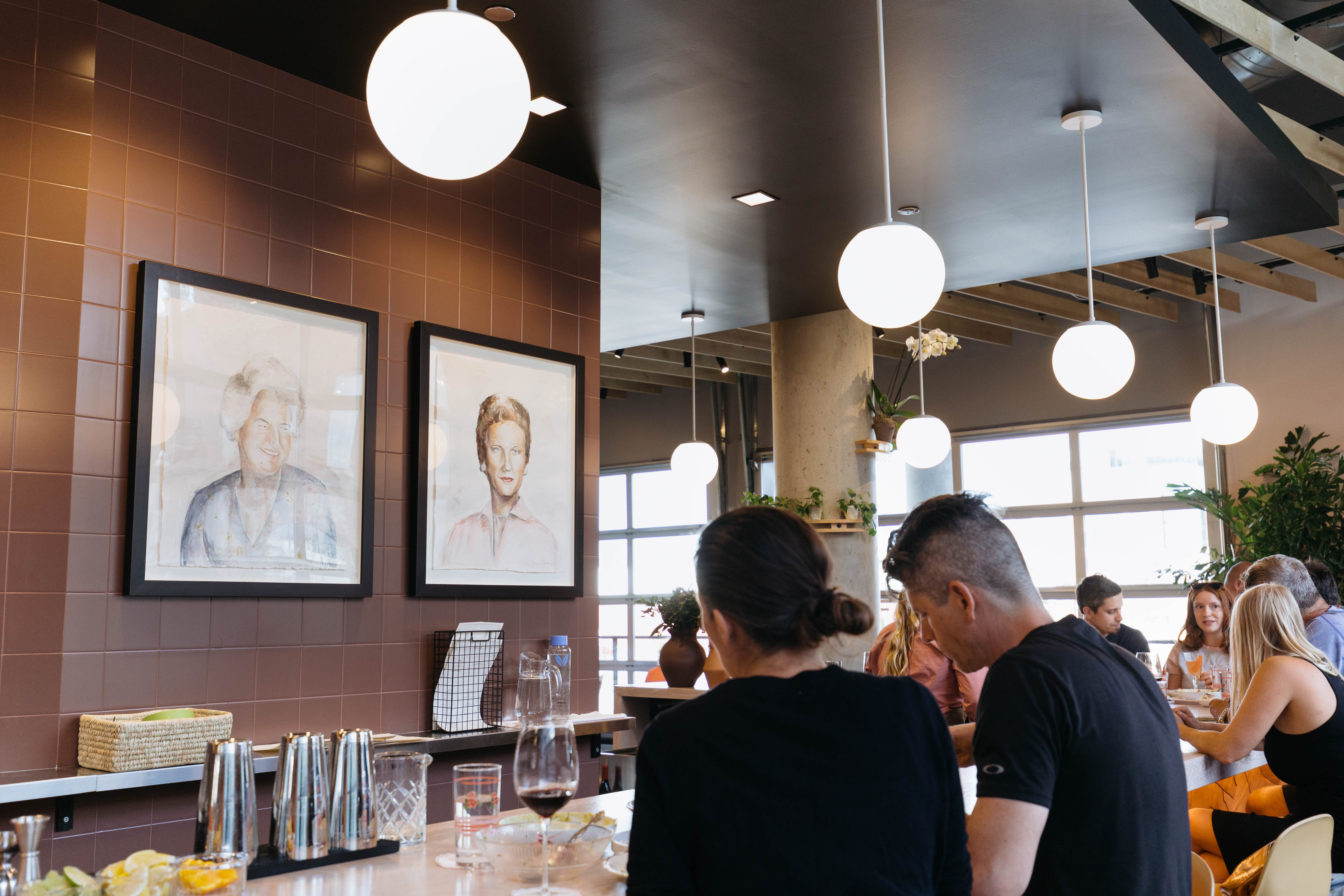