For a while there, it was uncertain whether the CHVRCHES show at the Ogden Monday night would go on as planned. A flash rainstorm had rendered the theater without power minutes before doors were set to open, leaving scores of fans snaked around the block. Anticipation remained palpable, however, as the many diehards waited out the uncertainty hoping the odds would be in their favor to catch the Scottish synth-pop band. With bated breath, eventually their efforts were rewarded and the theater kicked back into gear as CHVRCHES served as a beacon through the blackout. 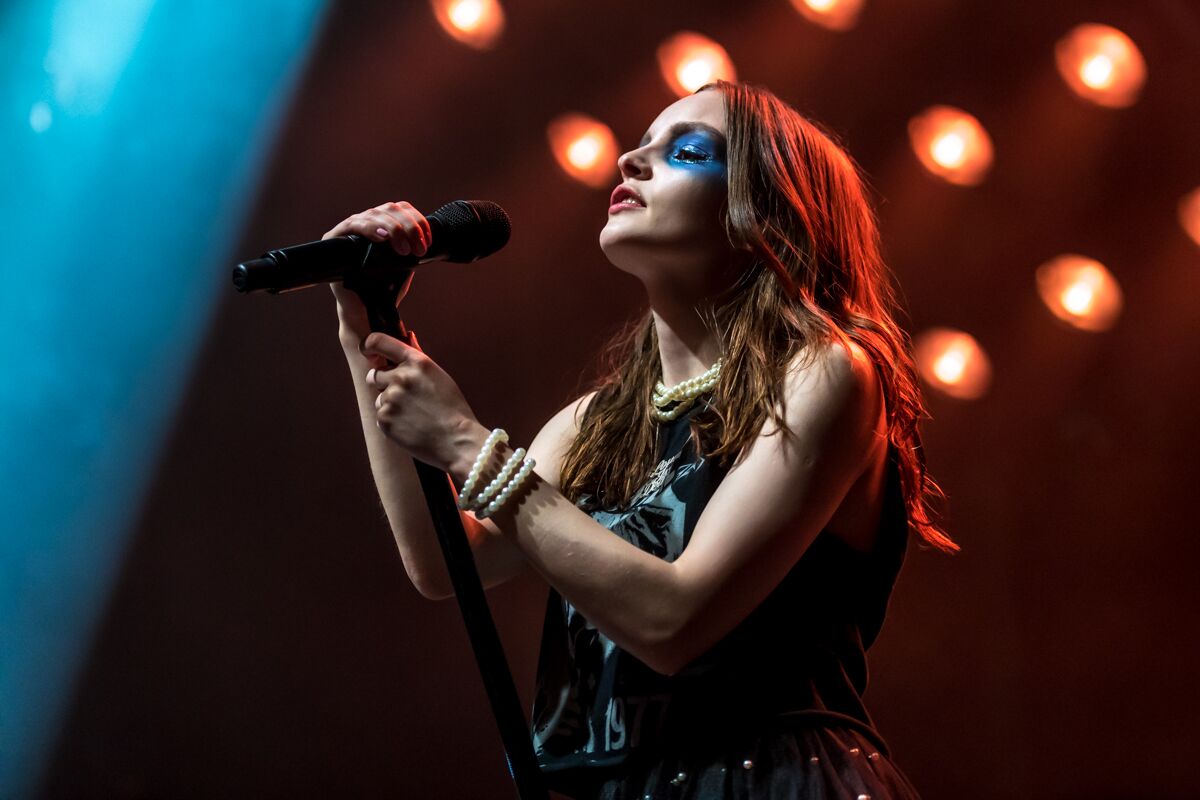 The group, now on their third release, Love Is Dead, arrived onstage a bit apprehensive, perhaps due to the delays. The massive lighting displays strobed fiercely and the backing track took off and the timidness of their entrance was lost on absolutely nobody. Given the circumstances and Denver’s high altitude, it took them a bit of the set to get their sea legs back, which bore an unfortunately rocky debut performance of “Graves,” but eventually it all came together. Tight and crisp synth leads punched holes through the theater as the drums pumped on all cylinders, and singer Lauren Mayberry’s voice careened over it all with a quiet confidence. 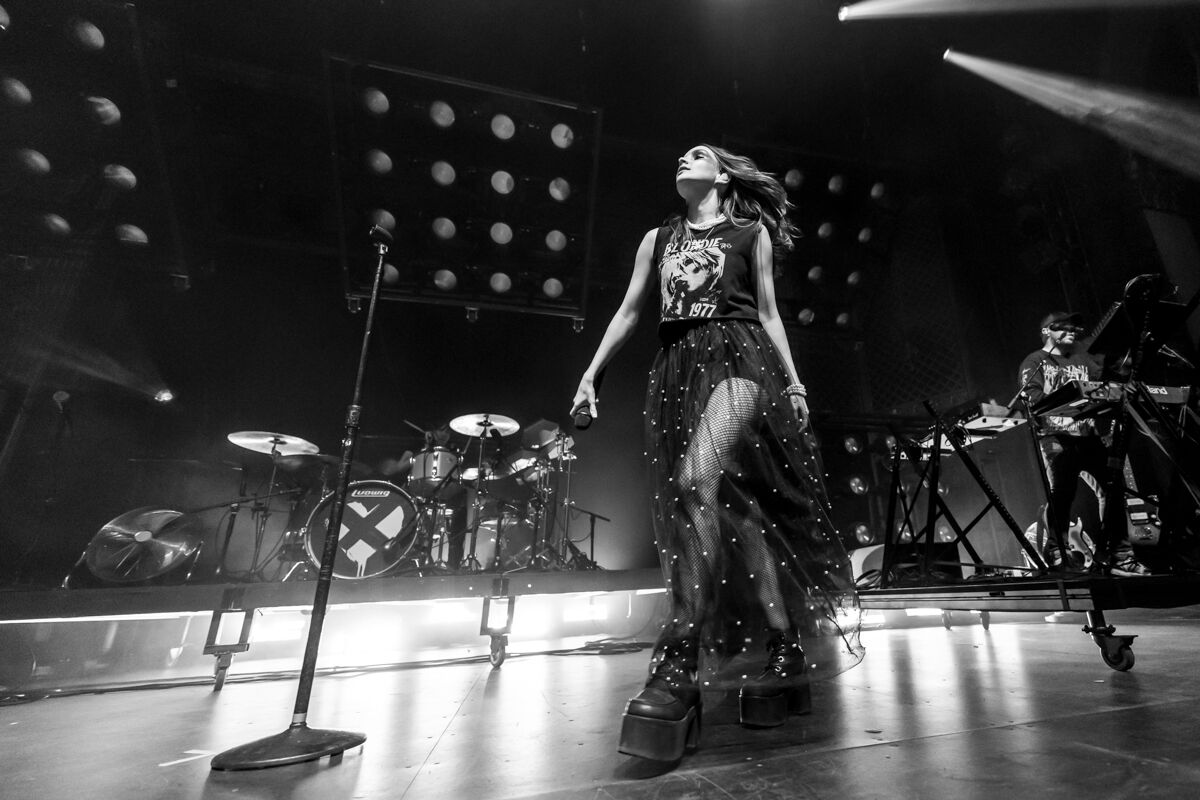 Shimmering in the synth-wave fissures of the percolating lights, the band had the crowd in their palm of their hand — who was shouting back the group’s lyrics and pummeling the floor with their feet. Mayberry would strut the stage, spinning amidst the retro-sounding commotion encouraging the crowd to sing louder and move harder. Switching off with Martin Doherty for a couple songs, namely “God’s Plan” and “Under the Tide,” the two were in sync, and served to ramp up the audience’s hype even more. With a musical palate that seemed to be endlessly ascending and genuinely positive, CHVRCHES assured that any uneasiness that existed before had been erased and that there was in fact, a light at the end of the tunnel. 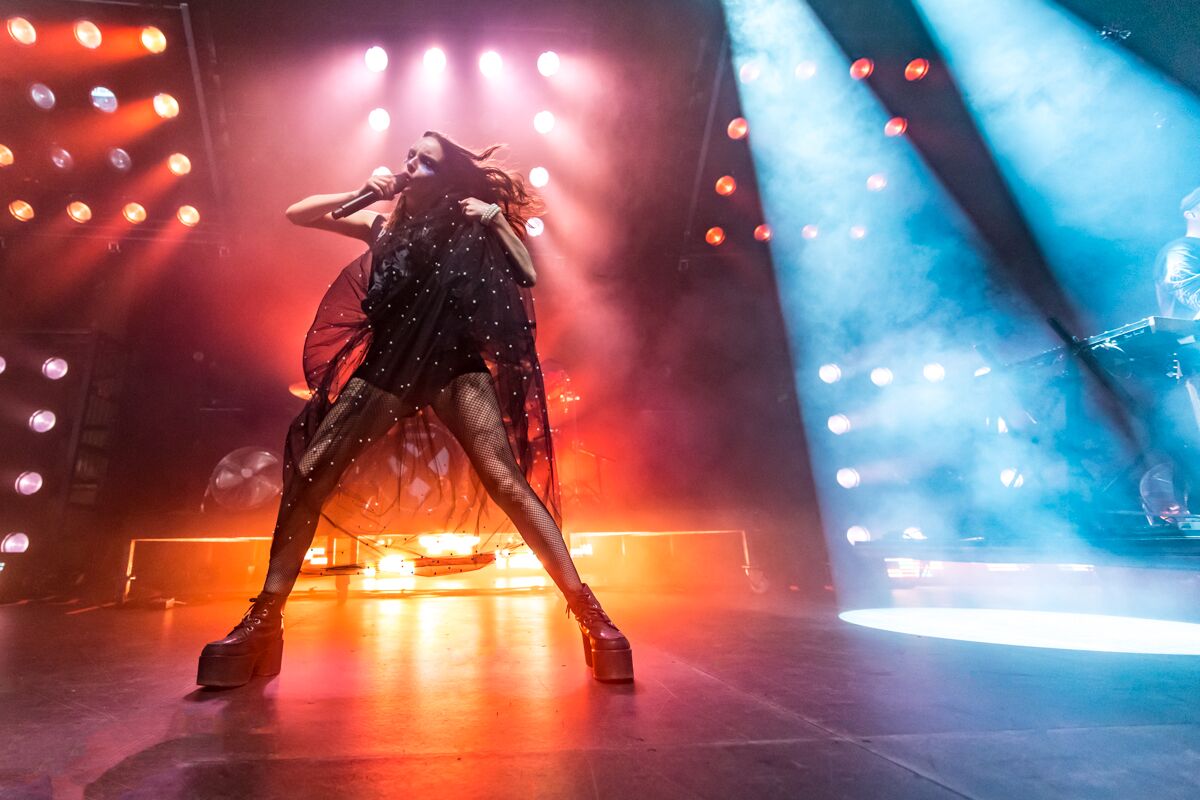 Aside from the slight stumble early on in the performance, CHVRCHES was truly electrifying when they found their sweet spot. The new material was even more anthemic and rousing than on record, and to a degree, inspiring. Though more pop-leaning than ever before, CHVRCHES had managed to cater a set to both the newcomers and the day-one crowd, appeasing the many who waited out the blackout.

Where CHVRCHES truly shined, however, was on “Clearest Blue.” The jolting outro of the tune reminiscent of Depeche Mode’s “Just Can’t Get Enough” truly crushed the mid-sized theatre with its sound and the energy it inspired in the crowd. As the closing song of the show, it gave CHVRCHES a chance to show their teeth musically and truly shine in the niche they’ve created for themselves.  The audience going absolutely mental and beaming throughout the performance gave the band nothing but love as they dissolved into blue lights. Coming back for “Mother We Share” and “Never Say Die” the crowd lit up once more — much like the Ogden itself — out of the darkness and ready for the light.