What’s a girl to do all when the fuckboys and disappoints of the world reach their absolute limit? When the dudes buying drinks at the bar hoping to get lucky simply aren’t cutting it, and perhaps, never did in the first place? These questions, amongst others, are at the center of The Corner Girls newest EP, Talkin’ About Boys. These ladies are sick and tired of the games boys play, and they want to let them know. This EP (recorded and mixed by Paper Bird’s Mark Anderson), a work of lo-fi guitars, pop melodies, punk-rock vocals and the girl’s humorous edge is a raucous airing of grievances to the guys who simply don’t get it. Rest assured, the struggle is very real, and this EP, while tongue in cheek, is a testament to that.

The Corner Girls are very much Denver’s response to great female-forward groups like Le Tigre and Best Coast. Breanna Ahlgren, Jessica Pulido and Madi Pietruszka make punk-rock pretty, dubbing their genre, “pastel punk,” without dulling any their razor-sharp wit and flair. More importantly, however, the ladies are unapologetically feminine through the grit and glitter of their kiss-offs. 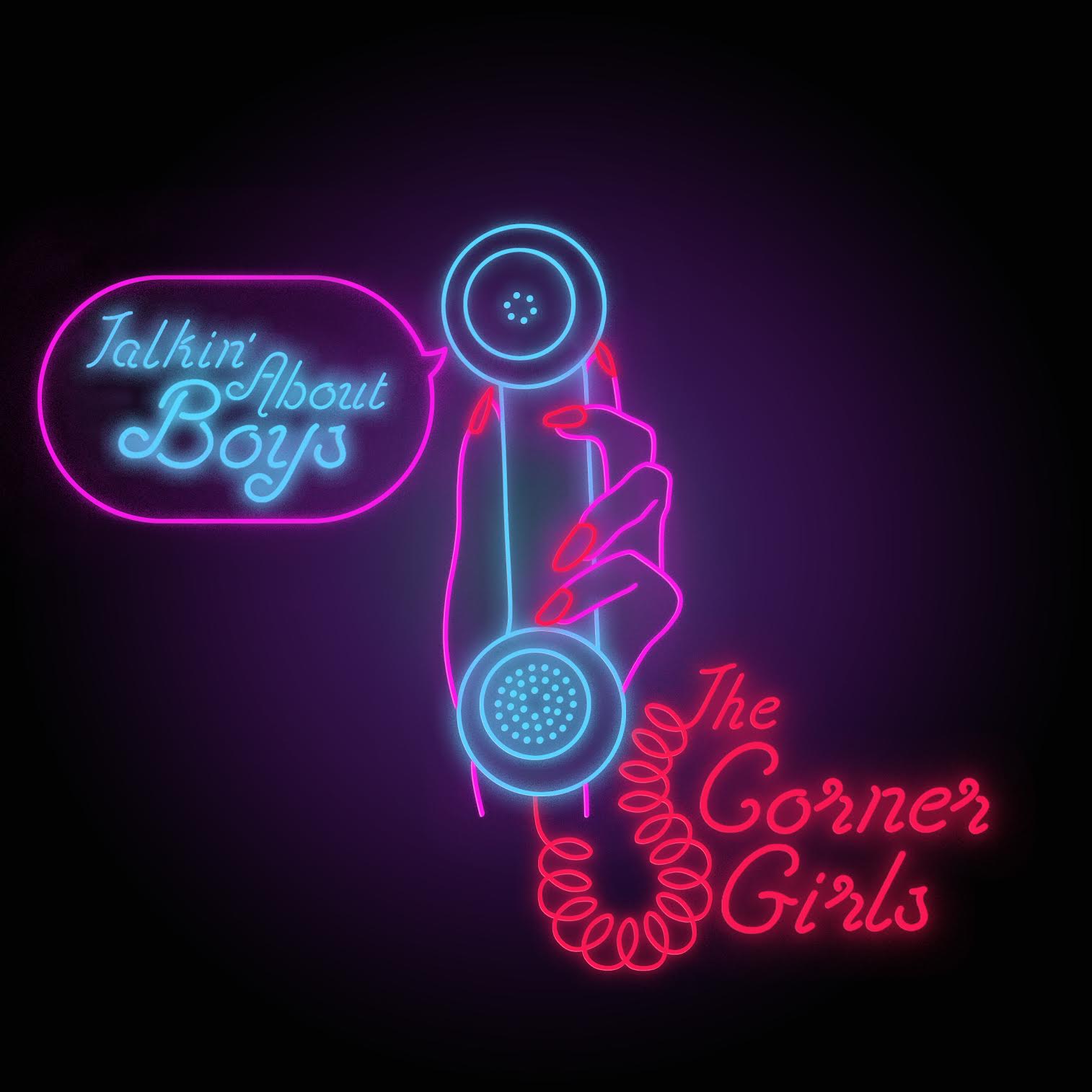 The first song and lead single off of the EP, “Boyfriend” is a foot-stomping anthem to the boyfriends who cannot help but to suck the life out of the rooms they walk in and the partners they go through. Everybody has a friend in such a predicament and The Corner Girls make quick work of letting the schmuck know that they only like him because he is dating a friend of theirs. The song, perhaps the most pop-leaning of the set begins with an earworm of a guitar riff and drives across rolling drums, as Ahlgren laments the missed opportunities and their friend’s absence amidst the awful boyfriend situation.

“Exed Out” is much the opposite. The song, an ode to the ex that plays with her emotions with his constant presence in her life has Alhren wanting him to know, that despite everything, she’s “fine” or, at least that’s what she’d like him to think. Meanwhile, EP highlight “Moochers” paints The Corner Girls as offshoots from Spring Breakers who have the sole goal of getting free drinks from men, without playing into their expectations thereafter. Slyly telling him off, “I’m not going to fuck you,” Ahlren sounds downright giddy to get the goods and get out.

Last track “Cellphone” is a breezy daydream dedicated to being alone on the phone, ditched by a guy who has other things to do. But, as is the nature of The Corner Girls, the ladies turn the tables on being alone, taking the stance that being alone isn’t the same as being lonely. Instead, the potentially somber closer transforms into something utterly liberating. The girls join together for the shout-along outro, letting any detractor know that they don’t need the phone to be picked up, as they have themselves, and each other.

Talkin’ About Boys is all fun and no filler, with The Corner Girls’ indelible personality at the forefront. Boys will be boys, and some boys need to grow up, a point that The Corner Girls knockout through and through. When all is said and done, you’ll be in these girls’ corner.