Whatever your reason for going vegan – environmental, ethical, or health reasons – every once in awhile we all crave a little indulgence reminiscent of our omnivorous days. This list features what we would recommend at tried and true restaurants for whatever your little vegan heart desires. From impossibly creamy milkshakes to “chicken and waffles” to endless sushi, we’ve got your next pig out covered. 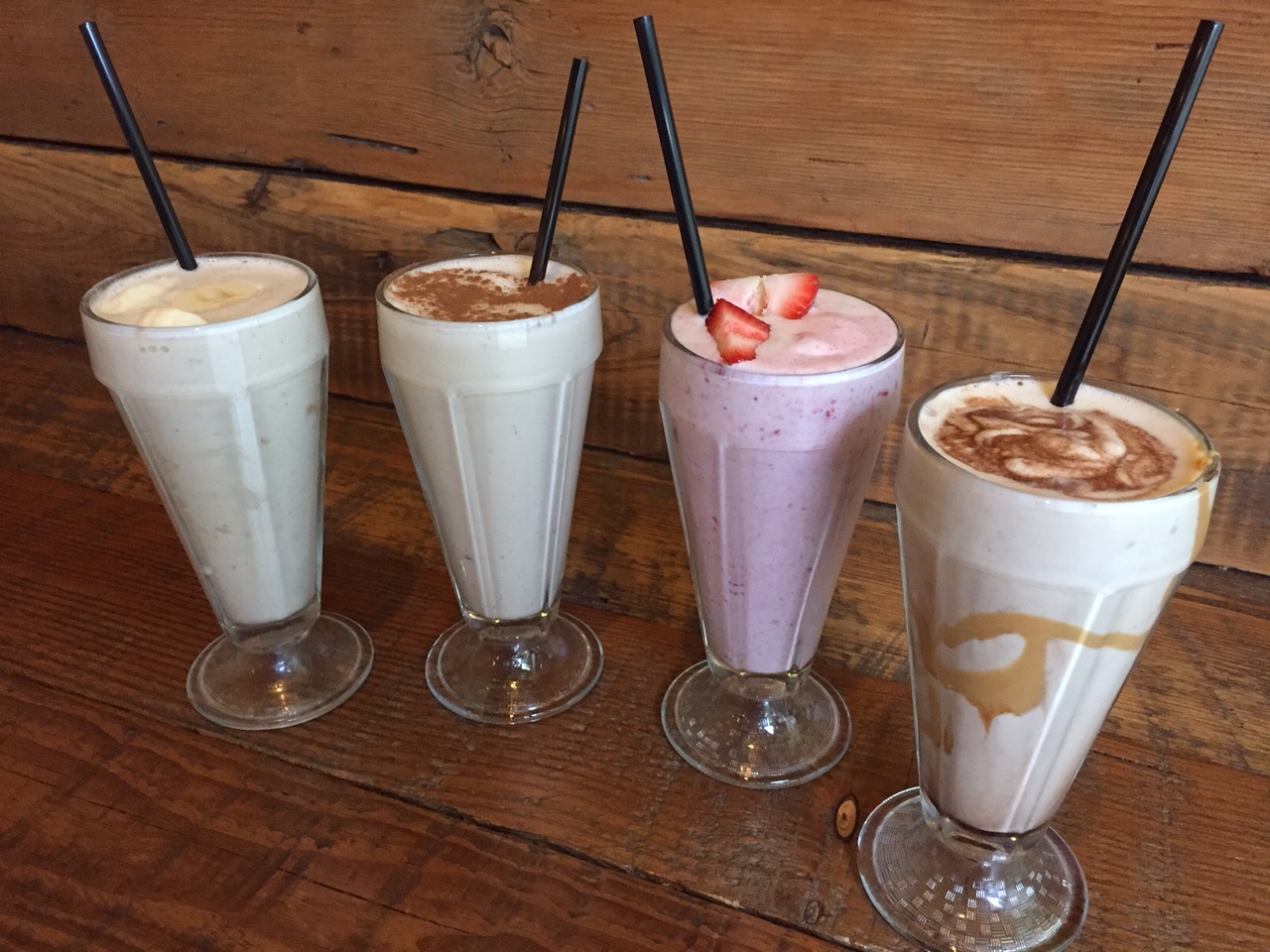 The Lowdown: Craving a classic milkshake featuring a match made in heaven? Try the Peanut Butter and Chocolate Milkshake. Made with a coconut milk base, there’s no lack of creaminess. Looking for something more savory? Try the cauliflower wings. 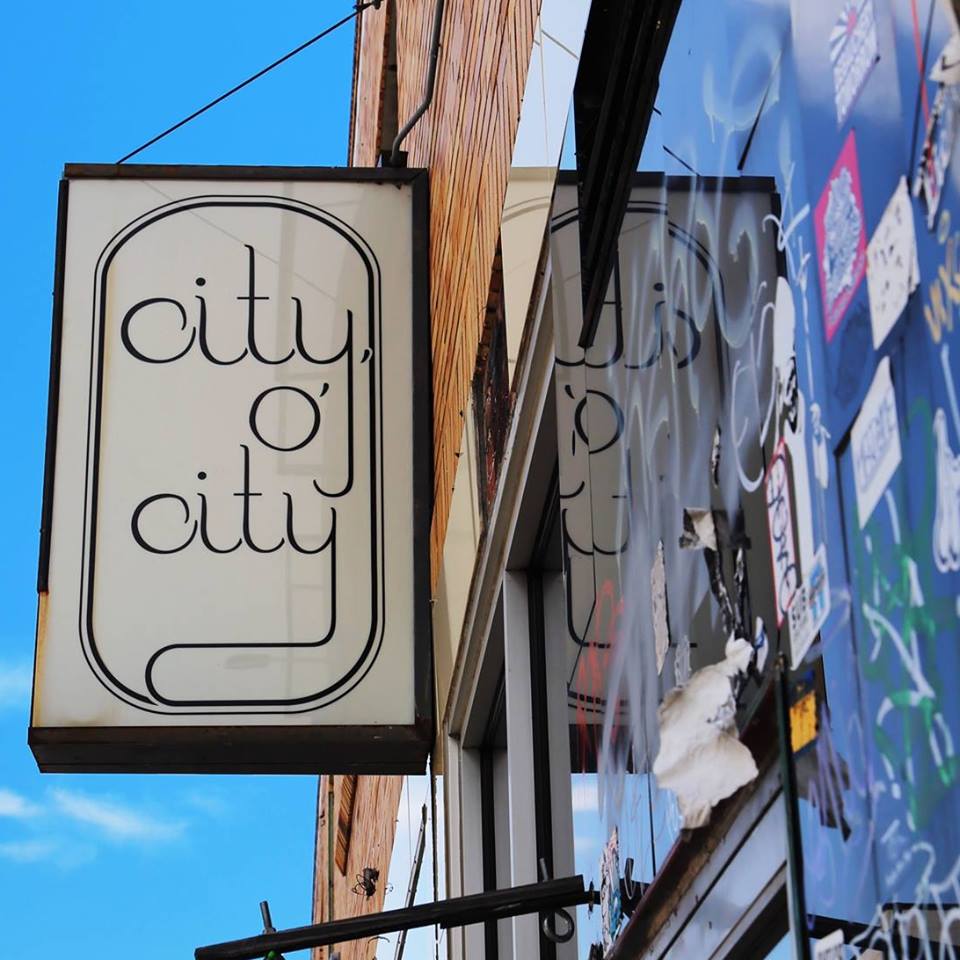 The Lowdown: We love City o’ City’s vegan breakfast options — the one meal that can be quite difficult to find plant-based. The vegetarian restaurant gets major creativity points for its chicken and waffles, but the tempeh bacon hash shouldn’t be overlooked. With a smoky barbecue flavor you don’t often get as an herbivore, you won’t even realize there’s still healthy things like kale in it.

Everything at Make Believe Bakery 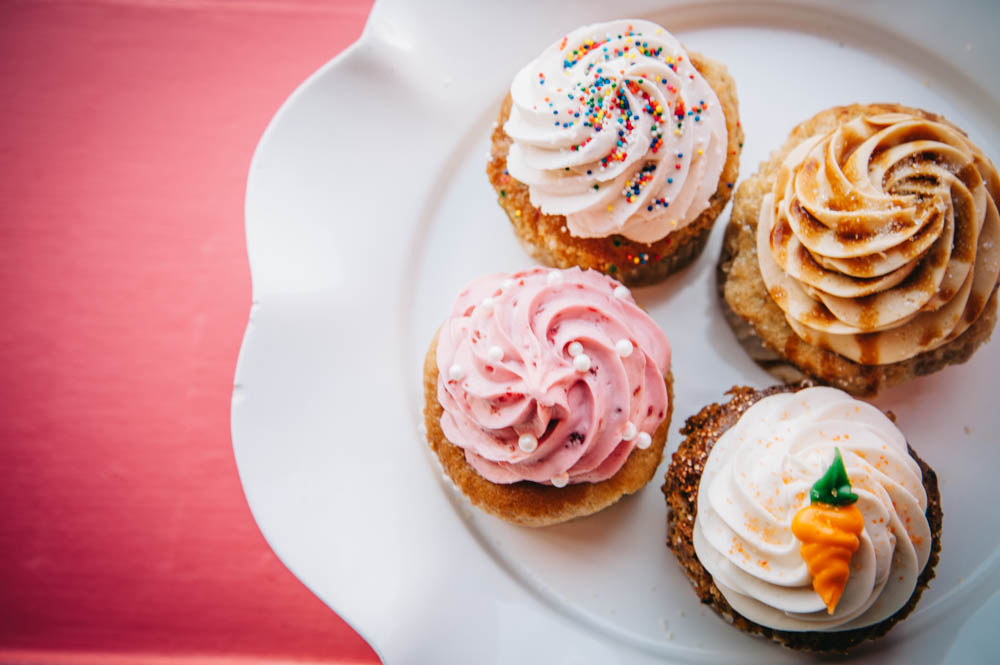 The Lowdown: If you’re really craving something sweet, look no further than Make Believe Bakery. The 100-percent vegan shop serves up a wide range of baked goods including cakes, cookies, cupcakes and everything in between. One of the best parts is that it’s located right next door to City ‘O City so you can stop in after dinner for dessert. For vegans, there really isn’t a better street corner in Denver. 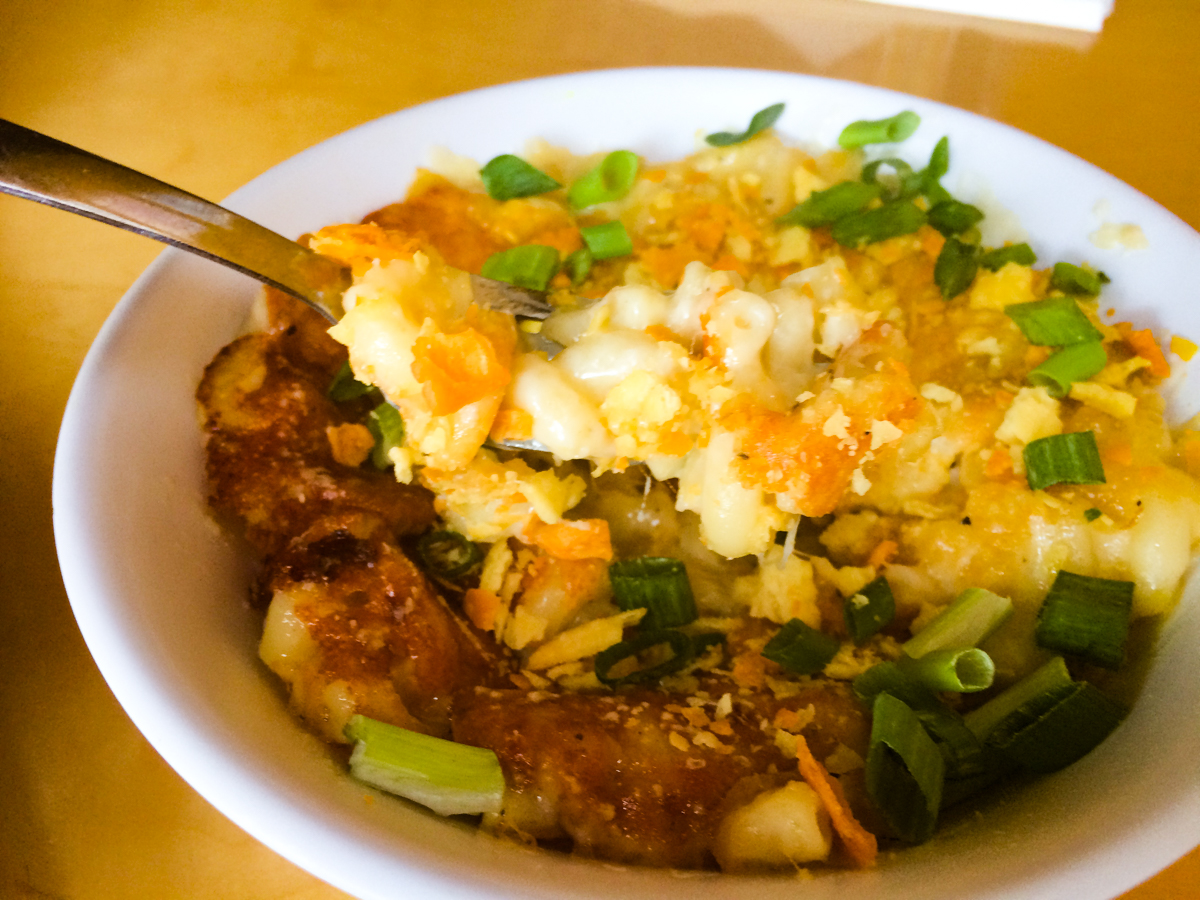 The Lowdown: Great for late night cravings, Sputnik will load you up with fun appetizers like fried pickle chips and “ranch” or zucchini dogs until 2 a.m. If you used to be a mac n’ cheese fan, Sputnik serves up various methods of its cheese-less cousin, as well as a Cubano made with jackfruit so flavorful you’d never miss the real thing. 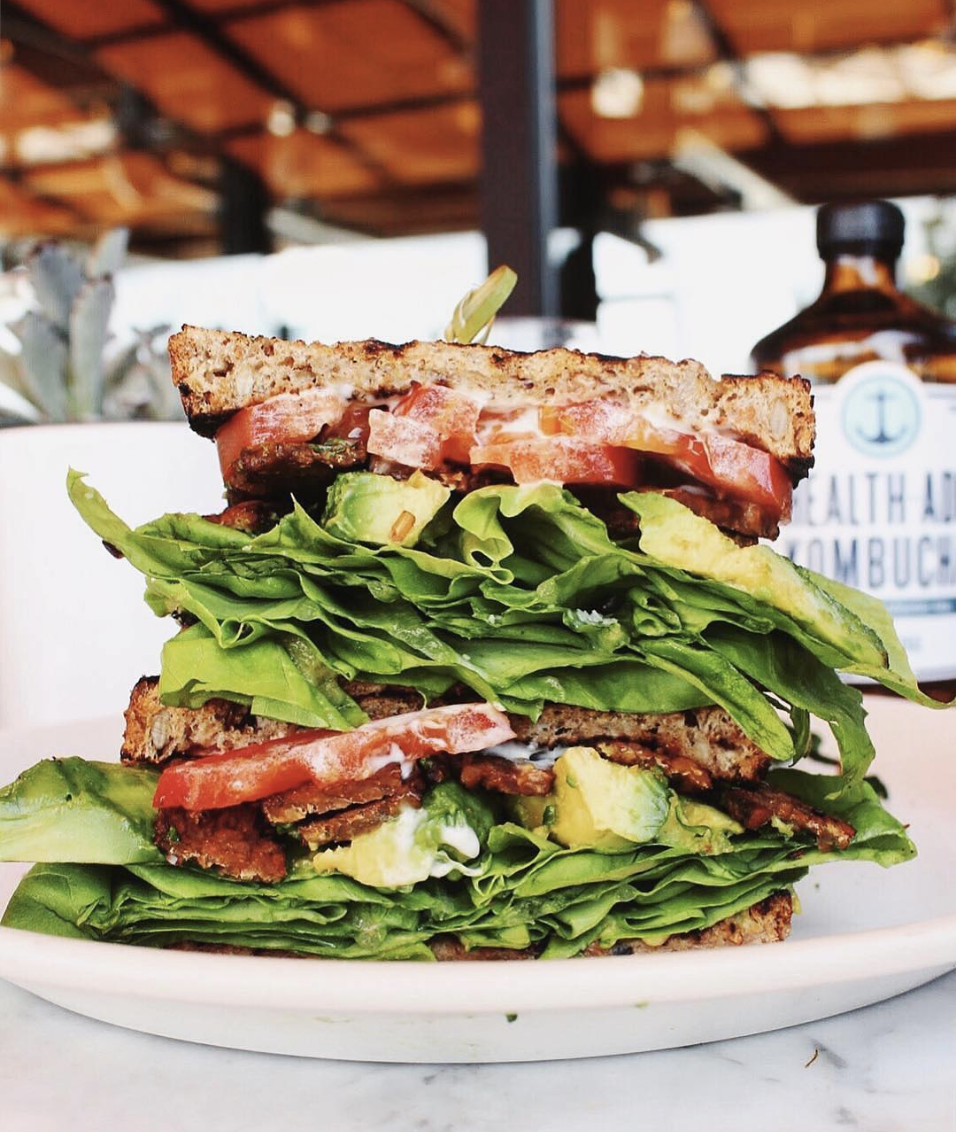 The Lowdown: While True Food Kitchen is known for its health-conscious approach, many of its dishes taste like comfort food while packing a nutritional punch. The TLT puts a plant-based spin on its bacon loaded inspiration, with tempeh “bacon” strips, house-made vegan mayonnaise and the rest of the BLT classic ingredients. This light and pork-free version will feel like an indulgence. If you’re in more of a pizza mood, the vegan pizza rotates out with fresh seasonal ingredients every few months, but is always made with house-made almond ricotta. 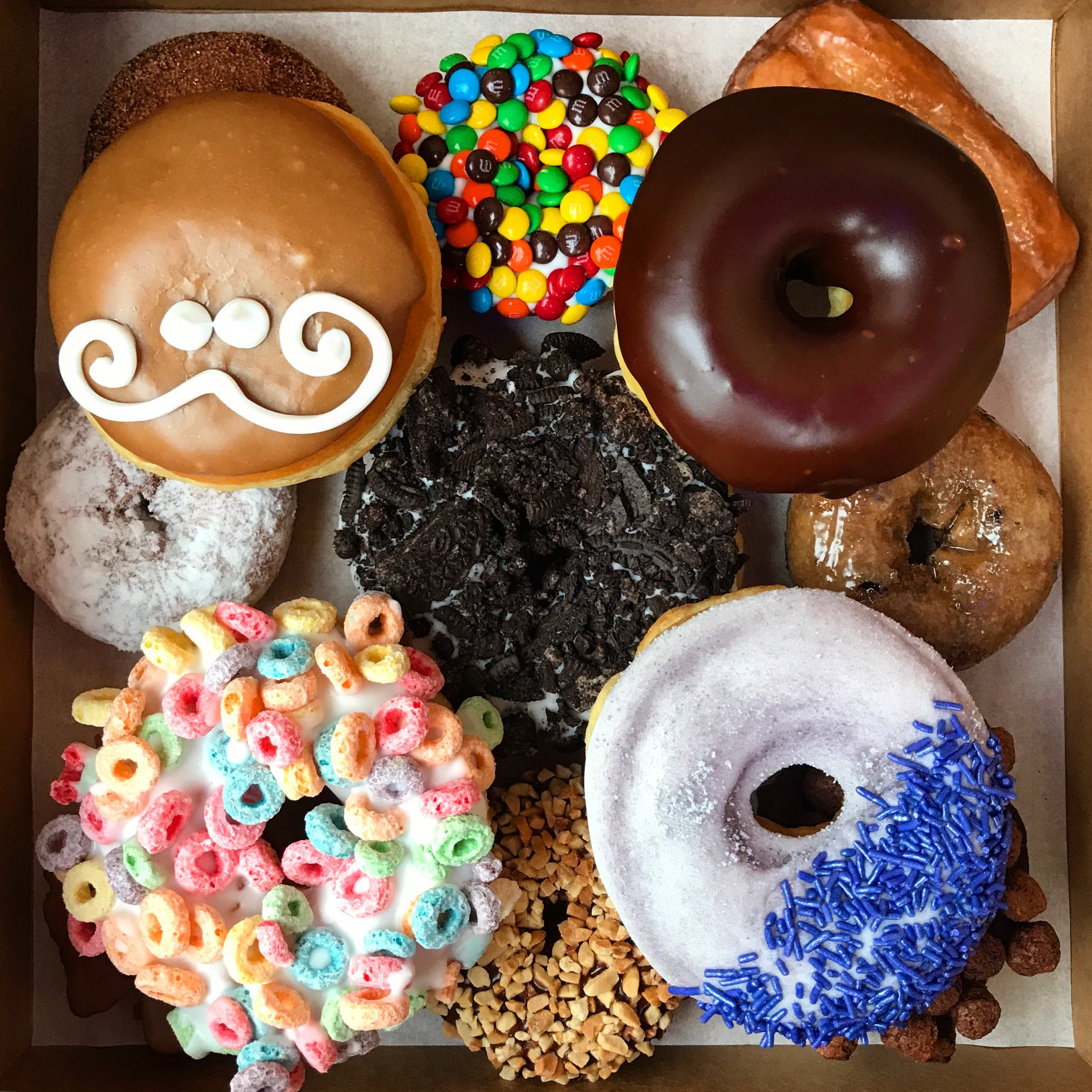 The Lowdown: Everyone knows Voodoo Donuts kills the doughnut game in this city, but did you know its vegan donuts are just as good? We’re here to tell you, you won’t know the difference. Check out the all vegan bottom shelf for maple bars, cookies and cream flavors, and all the other doughnut classics you know and love. 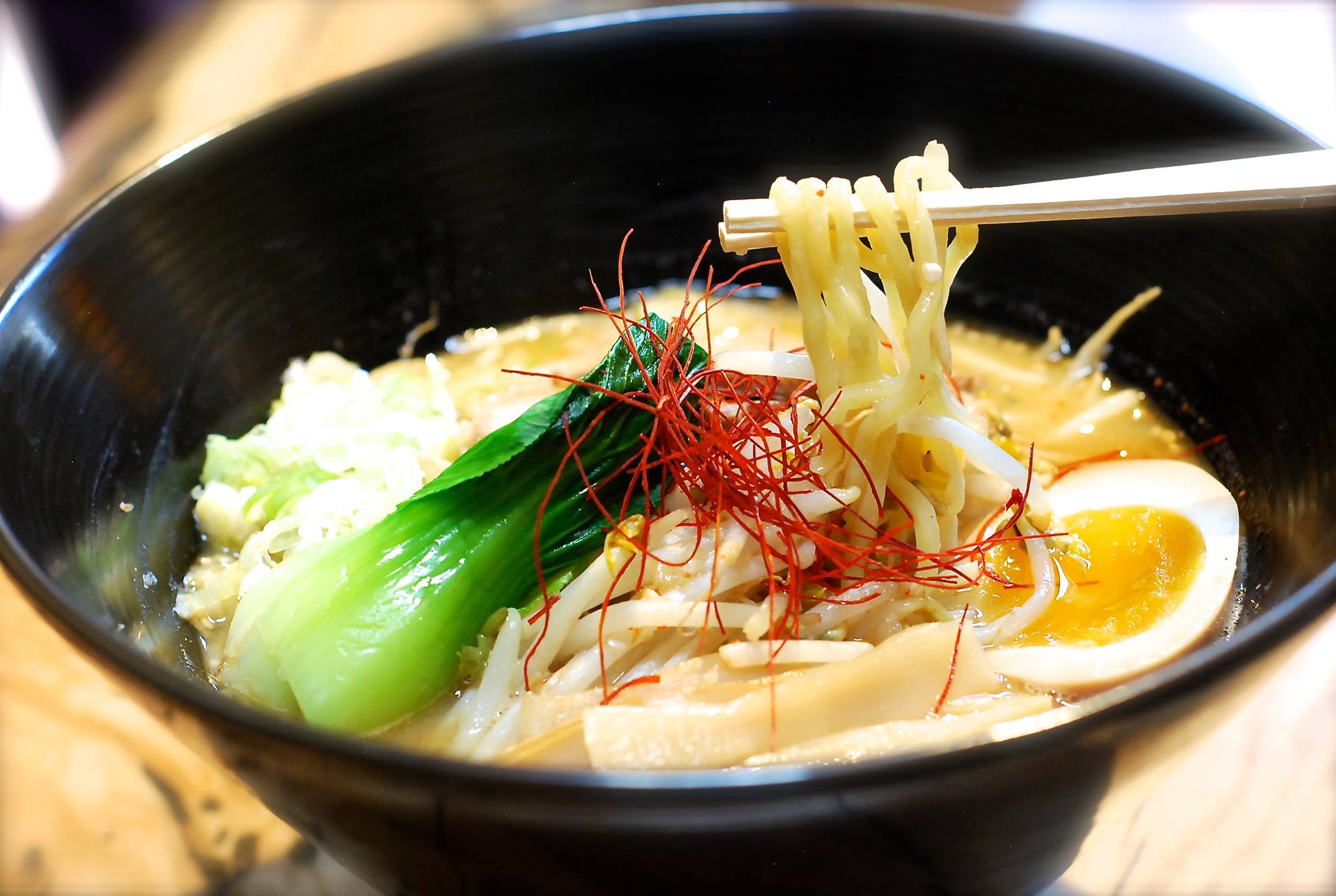 The Lowdown: Looking for a good ramen, but never know what’s in the broth? TOKIO has a delicious 100-percent vegan ramen. Called the Ramen Air, this noodle bowl packs a flavor punch with pickled ginger, soybean broth and the best tofu we’ve ever had. 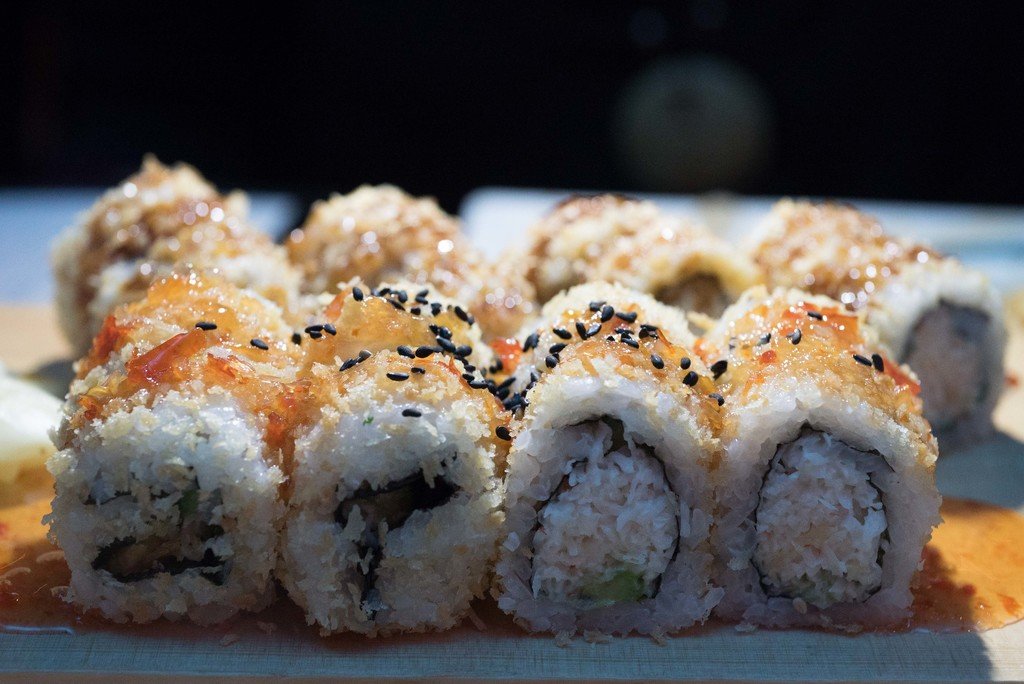 The Lowdown: No more plain avocado rolls! With 10 unique vegan sushi rolls to choose from, you’ll never eat boring sushi next to your dragon roll-eating friends again. Get drooling to the sound of “Thai Hippie” and “Shiitake to Me,” but don’t pass up a shojin roll, made with barbecue seitan, grilled asparagus and pineapple. 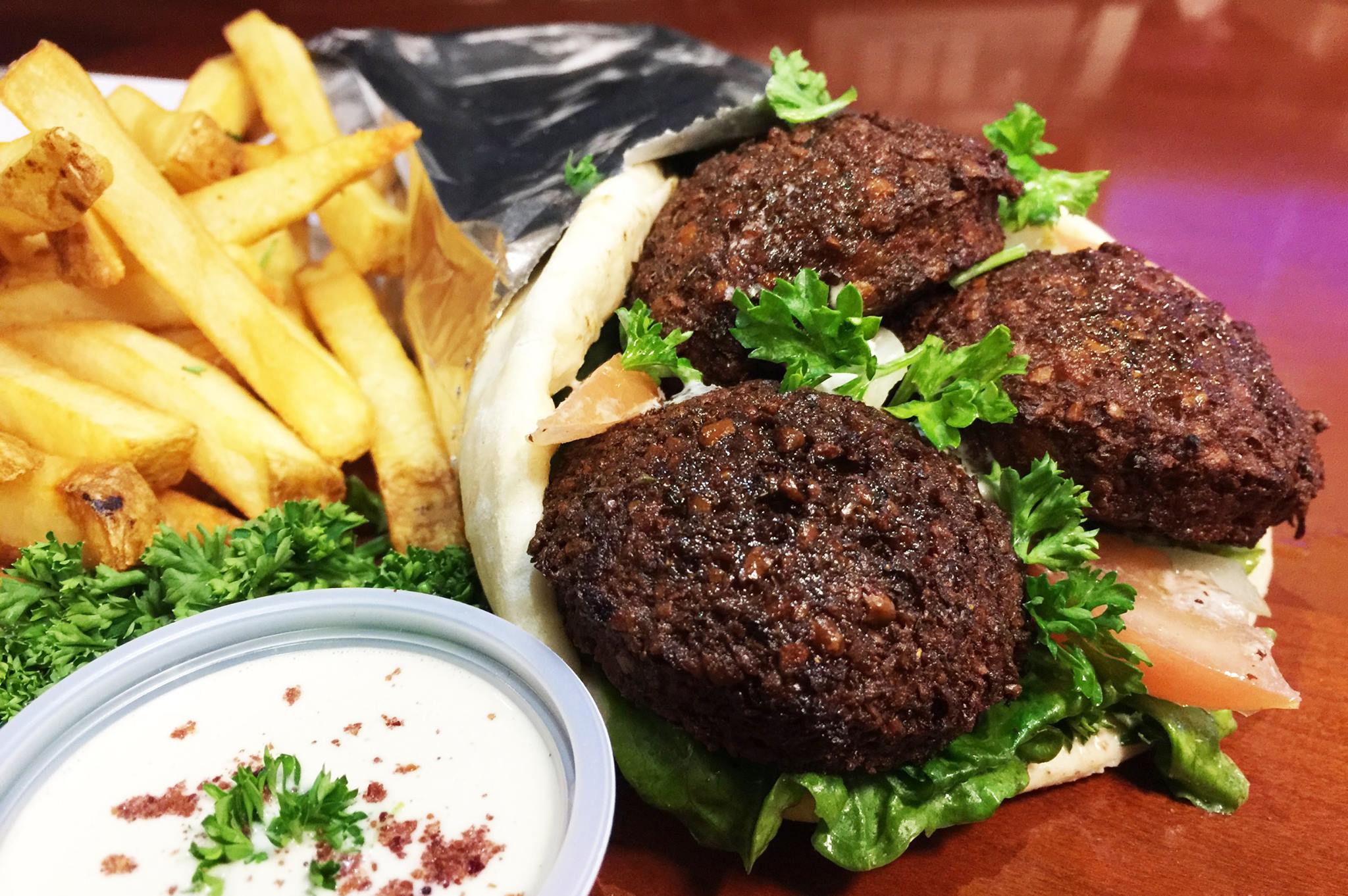 The Lowdown: Best served at the end of a Colorado-style day of skiing, hiking, biking or climbing, Jerusalem’s vegetarian combination is a huge, carb-loaded meal full of authentic Israeli food. Ask for the vegan version and they’ll substitute the yogurt-based baba ghanoush for a second flavor of delicious hummus. What we think really makes the dish is the fresh made falafel, but you be the judge. On the go tip: You can also get the gist of this combo in a falafel sandwich. 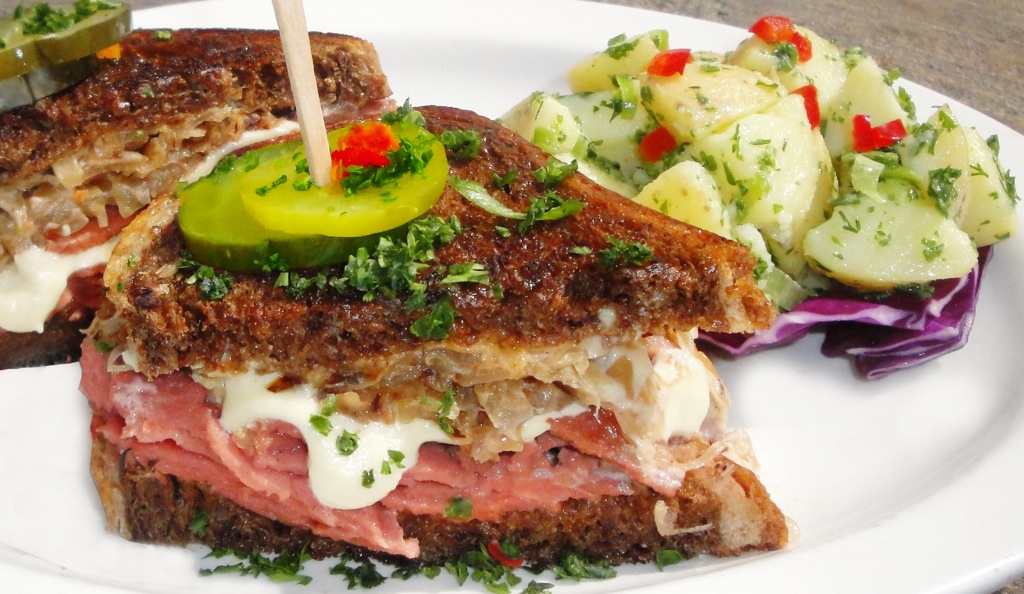 The Lowdown: Native Foods Cafe is a convenient vegan option. Fast-casual and with plenty of American-style favorites, the restaurant is bound to have the typically meat-based meal you’re looking for. Scoop up the Rueben made with thinly sliced seitan for a tasty sandwich that doesn’t taste like a salad.

Everything at Radha Govinda’s Buffet 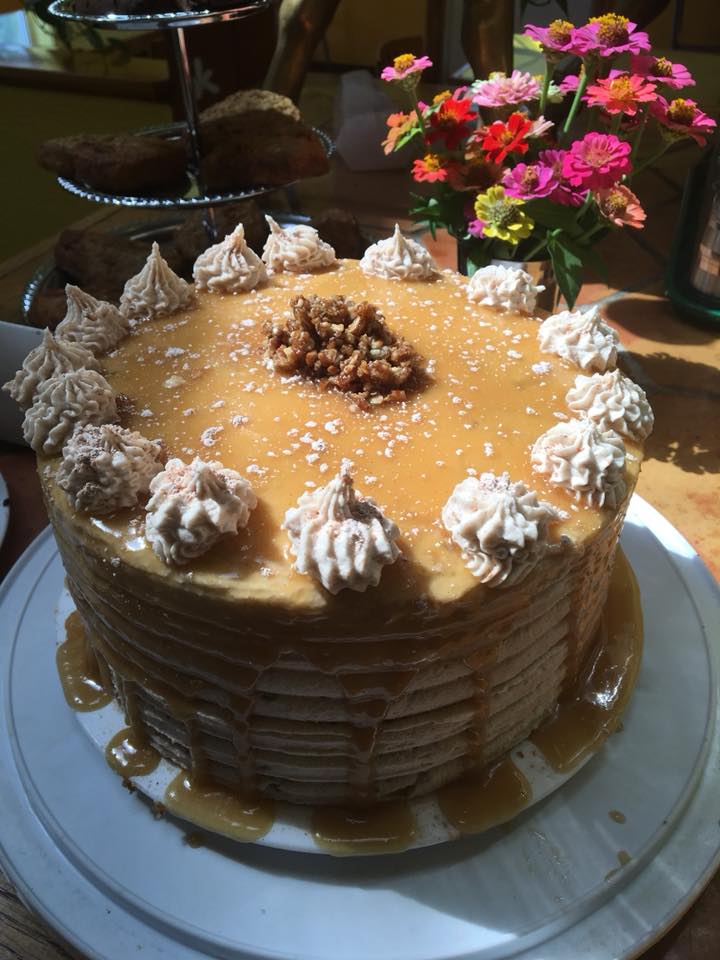 The Lowdown: The words “vegan” and “all you can eat” are music to an herbivore’s ears. With a different themed buffet each night, get your fill (quite literally) of flavorful dishes, sides and desserts. While you definitely won’t leave hungry, the clean ingredients used in dishes won’t leave you feeling like your dad at the end of Thanksgiving. Check the menu for the nightly dining theme, noting that the restaurant is only open Thursday through Saturday. 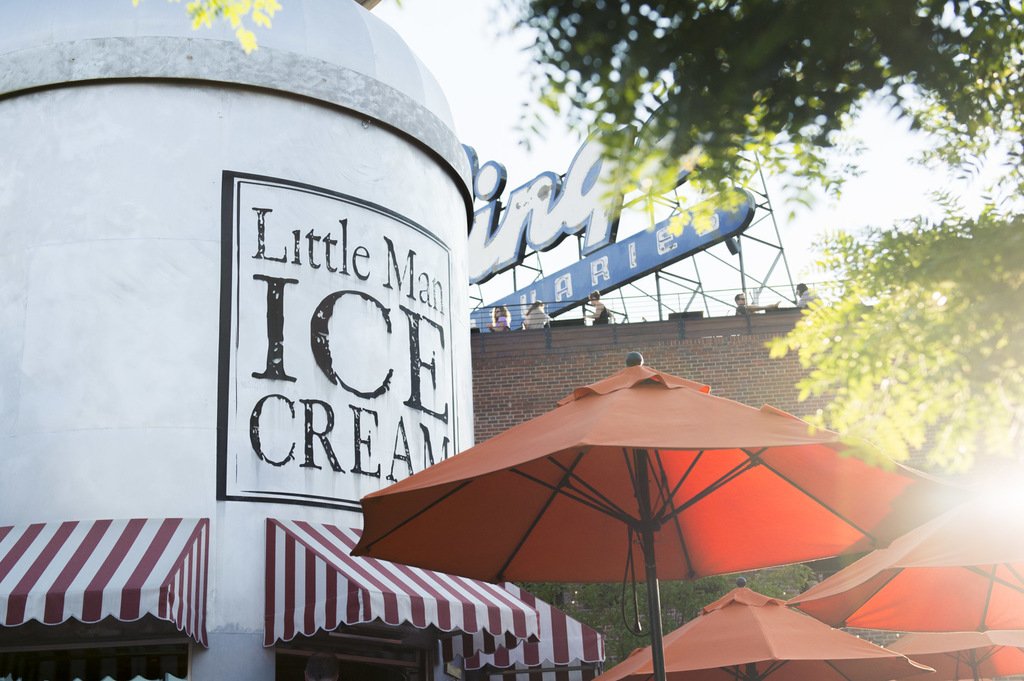 The Lowdown: The rich and creamy vegan ice cream at Little Man is well worth the line. Scoop up a cone of vegan rocky road or salted Oreo ice cream for a perfect summer treat.

“Cheese” Board at Goed Zuur 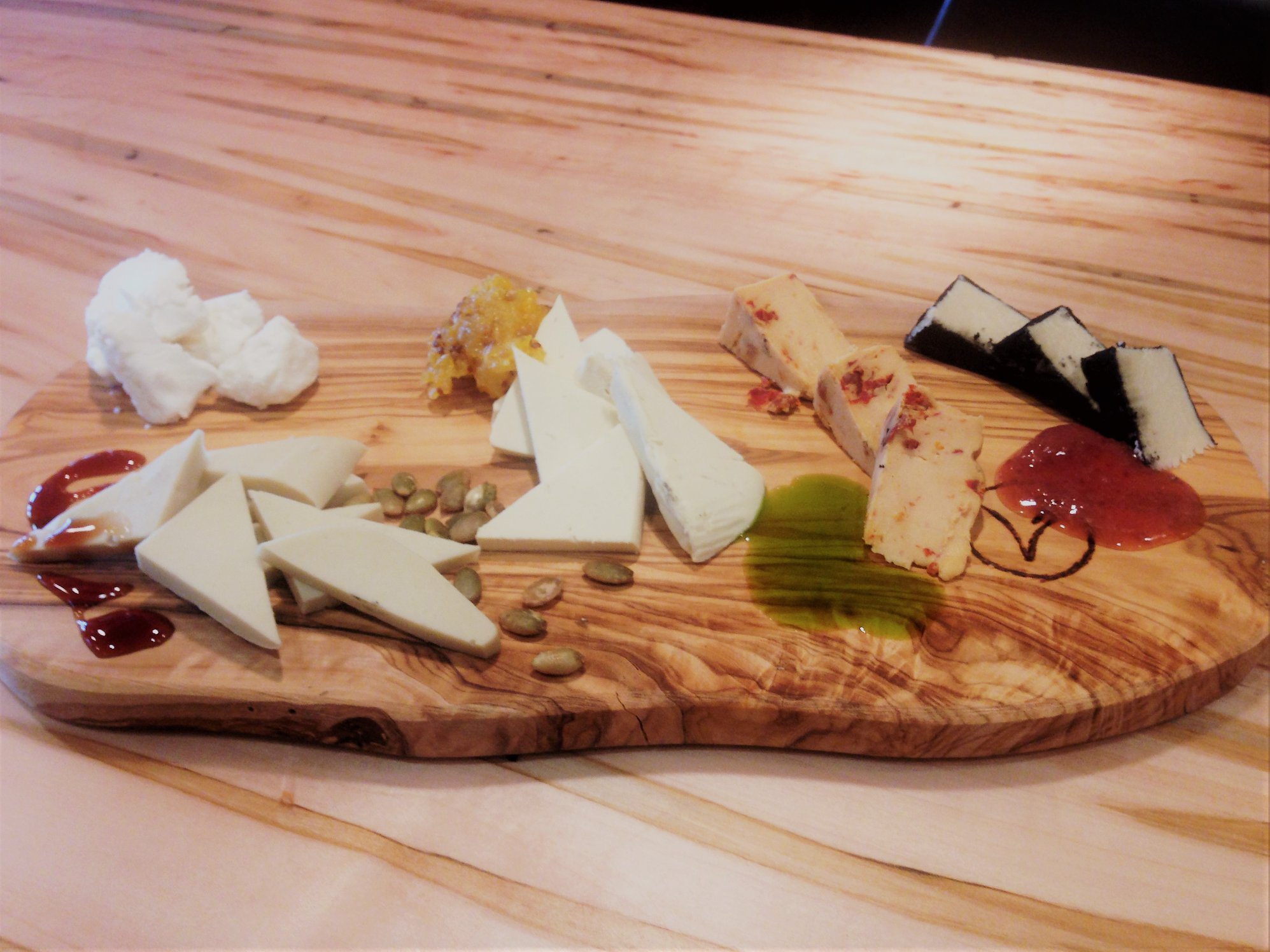 The Lowdown: While tap rooms aren’t the first place vegans necessarily head for food, Goed Zuur serves a vegan cheese board to pair with your brew. With five rotating “cheeses,” this amazing culinary feat might even make it onto your Instagram.