This Is Why Your Vertical I.D. Isn’t Accepted at Certain Bars in Colorado

It’s Friday night and your best friend Lauren from Georgia is visiting. She’s never been to Colorado, and you’re about to check out a bar downtown so she can experience the quick buzz lowlanders get when they drink a mile above sea level. It’s going to be awesome.

Your Uber drops you off and you both get carded at the door. Two minutes later, you guys are leaving—trying to hail that same Uber. So — what happened?

Well, Lauren’s I.D. wasn’t accepted. She is 24 — the same age as you. She pulls out her vertical I.D. and you try to make sense of it. The I.D. hasn’t expired, but it doesn’t seem to matter. No one will be serving your friend alcohol tonight. Some places won’t even let her in the bar. She assures you it’s not a fake, and you believe her, but there’s nothing you can do. Unless Lauren has another form of I.D. to prove she is 21 years of age or older, it looks like you might be staying in.

Whether you’re a transplant who can’t change your I.D. yet, or someone with friends or family visiting from another state, the system might seem a little unfair, so we decided to ask someone why.

Jon Balliet is a Certified TIPS (Training for Intervention Procedures) Instructor in Colorado, which means it’s his job to ensure servers, bartenders and anyone else who is selling or serving alcohol is trained to prevent underage drinking, drunk driving and intoxication. TIPS training is now mandatory in many states and is a program designed to teach those dealing with alcohol to recognize the complications that could arise and intervene when necessary.

Balliet, who worked in the service industry for many years as a cook and bartender, said that his career as a TIPS instructor began when one of his employees failed a sting operation with the police when Boulder started strictly enforcing the TIPS training requirement.

“I got into it because everybody in Boulder had to do it,” Balliet said.

According to Balliet, the crackdown on proper I.D. checking enforcement initiated many businesses and restaurants in Colorado to train employees within 90 days of hire to become certified through TIPS.

Colorado is a state that does not mess around, and that’s why Balliet says your vertical I.D. (even if it’s legal) might not be accepted at certain bars or businesses, but some places might still make an exception. Balliet wants to clear up some confusion about the enforcement though. 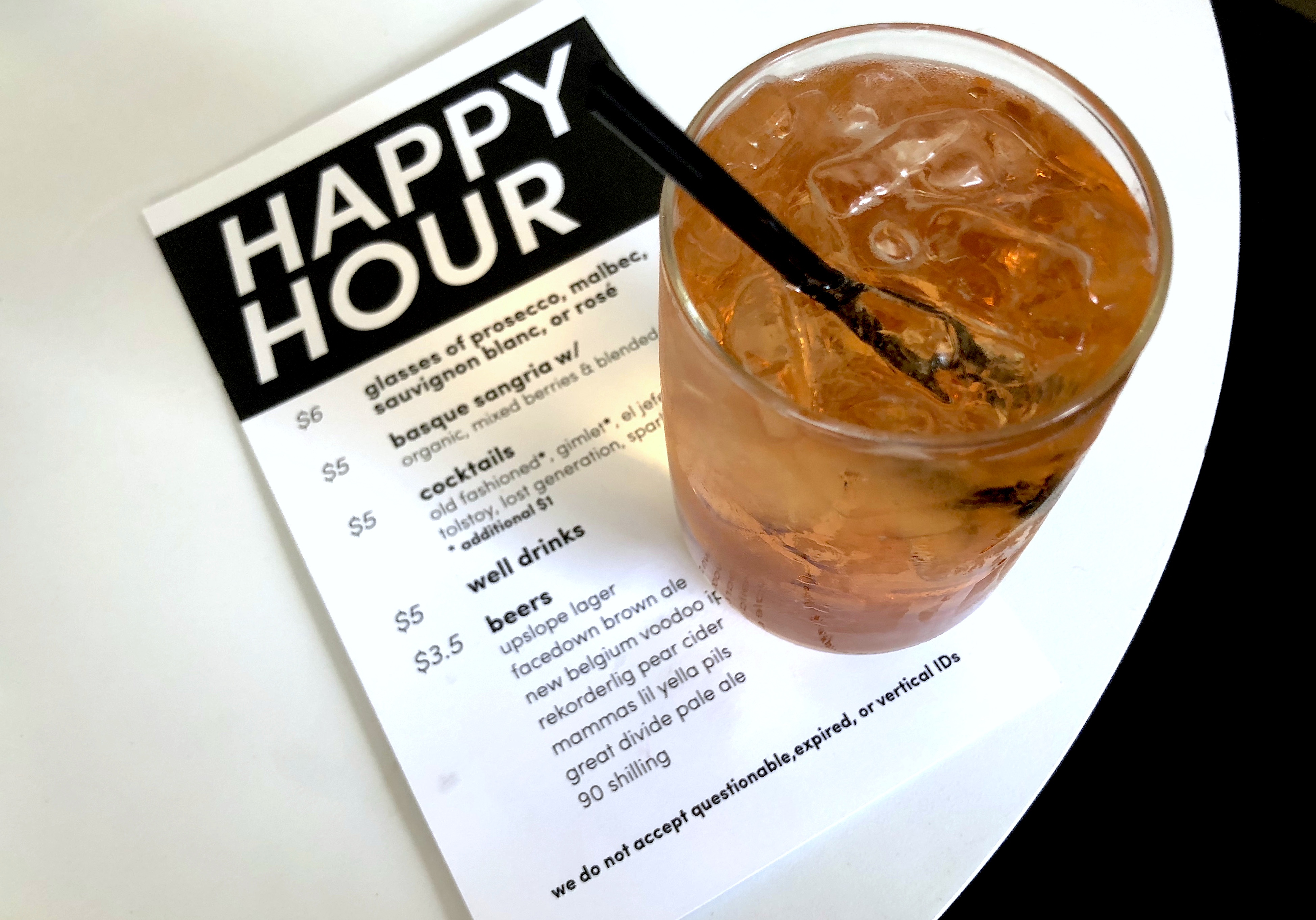 “It’s not a Colorado rule; It’s a suggestion. There are so few states that don’t even issue vertical I.D.s. They just issue horizontal I.D.s to everybody. All a vertical I.D. truly means is that someone was a minor when it was issued, and that’s true in any state because they don’t issue those to of-age people. With these expiration dates — some expire right on their birthday. In Colorado, it’s generally 20 days after their birthday. But some [states’ I.D.s] expire five to 10 years later,” Balliet said.

So in other words, Lauren, who’s from Georgia, can use her vertical I.D. for up to eight years after her 21st birthday, but in Colorado, you only have 20 days to get a new one after your 21st birthday — despite when it was issued. According to Balliet though, it doesn’t matter if Lauren’s vertical I.D. is legal. She can still be turned away by a bouncer.

“If they say they don’t take vertical I.D.s, that’s not illegal — that’s a policy. It [the I.D.] may still be valid, but that’s their [the business’] prerogative and choice to say we’re not going to take it,” he said.

In Balliet’s opinion, many businesses in the state rely on Colorado’s vertical I.D. expiration date window to make decisions about serving consumers with vertical I.D.s.

“Especially in Colorado where it’s only a 20-day window, it’s easier to just say ‘We’re not going to let our staff make a mistake for 20 days. Come back and see us with your new I.D.’ They’re not obligated to take every I.D. It’s about individual proprietary policy,” Balliet said. 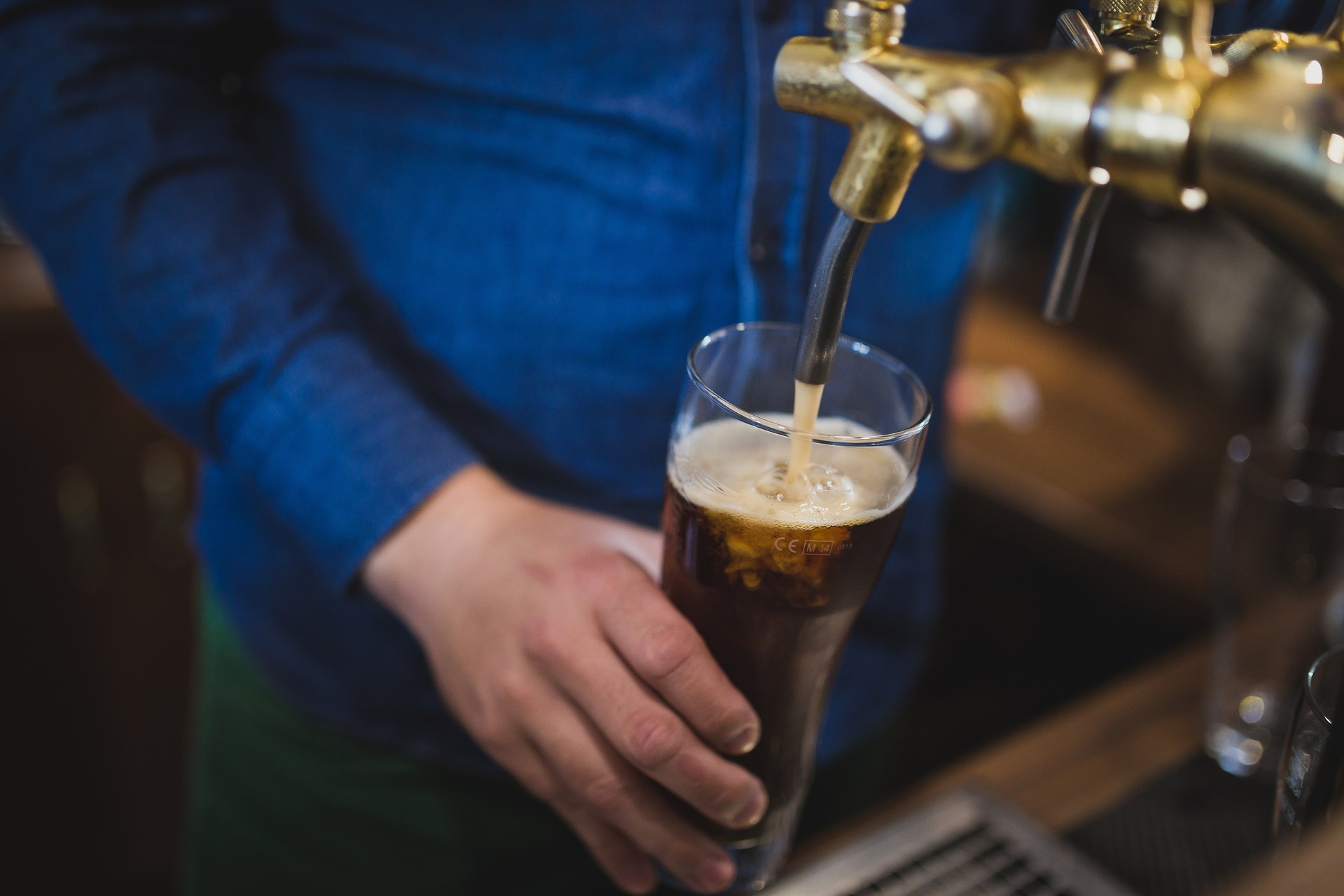 “When the police run sting operations, they’re sending in real minors with real valid underage I.D.s. from one of the, last I checked—44 states, that used vertical versions. There’s a high probability when someone is presented a vertical I.D. that it could be the police,” Balliet said.

No one is enforcing proprietors to turn down vertical I.D.s, but there’s enough scare to make them want to.

“You’ve got to understand, it’s either a minor generally or it’s a minor working for the police or it’s someone who’s in a limited window of time after their birthday, but not before the expiration of their legal I.D. So, a lot of places will have policies that say ‘Hey, we’re not even going to screw with it. We’re going to say no,’” Balliet said.

“As a business owner, it’s their liquor license and they’re risking losing it. They’d rather have a policy that says no to protect the license than worry about the 10 to 100 tourists in a year that they may be refusing to serve in that situation.”

But what do you do if you get someone from South Carolina whose vertical I.D. is good for 10 years after they turn 21?

“You can make a customer service decision. I feel that if you check the I.D. the right way, you should feel comfortable doing that. Not everybody is. Nor do all the people necessarily know the things that I’m telling you about. That’s why I teach the training,” Balliet said.

Balliet said that his classes involve mostly learning how to identify a genuine form of I.D.

“I teach about how they’re made and what the security features are to recognize [authentic] I.D.s. If you know what’s real, you’ll always know what’s fake,” Balliet said.

And technically, in Colorado, Balliet says you don’t even need proper identification at all if you’re of age.

“Nobody needs an I.D. on his or her person to be served or sold alcohol. That’s in the liquor code. Should you be serving young-looking people with no I.D. at all or with an expired I.D.? Absolutely not. You’re running a big risk there and a vertical I.D. is a pretty big indicator that you’re in the danger zone,” Balliet said.

“Any state-issued I.D.s are acceptable forms; it doesn’t matter whether they’re vertical or not. But legally, you don’t need an I.D. I’m 44. When I walk in, maybe they have a policy that they card everybody, maybe they don’t. If I didn’t have an I.D. or had an expired I.D., they wouldn’t be breaking the law by serving me a drink. I don’t need one. But a bartender is not obligated to serve you. They could say no for a variety of reasons.”

What to Do If You Have a Vertical I.D.

So how do you ensure that your vertical I.D. will be accepted in Colorado? Well, you can’t. But you can carry around another legal form of identification that proves you’re of age such as a passport. Balliet also emphasizes there’s another easier way.

Balliet though just wants to get rid of vertical I.D.s entirely or at least have them all expire at the same time.

“There are literally 50 different states doing it [issuing vertical I.D.s] 50 different ways. The only commonality is that they’re issuing them to minors. If we get the states to agree on a federal level to some degree, it would make vertical I.D.s go away and force people to check them properly. You wouldn’t get confused about what South Carolina does or what they do in Ohio. If you normalize that, it would make it a lot easier for servers,” he said.

“There’s been a lot of different tactics, so how do you normalize that?”

It might be frustrating, but Balliet assures us that you shouldn’t get pissed at your bartender. The bar is just trying to cover its ass, and it’s hard to turn people away.

“It becomes a customer service nightmare for some people.”