The Book of Mormon — arguably one of the most famous modern musicals — made its way to Denver this past week. We caught one of the first shows and its Denver iteration is as satirical and raunchy as you’d expect from the creators of South Park (and Colorado’s own) Matt Stone and Trey Parker. But surprisingly, the musical — despite various amounts of “fuck you’s” and poop jokes — is also endearing.

Following the trials and tribulations of two Mormon missionaries in Uganda — Elder Price (Kevin Clay) and Elder Cunningham (Conner Peirson) — the musical balances the comical nature of some of the more out-there beliefs of the Mormon church (see song: “I Believe”) while also making its Mormon characters loveable. By the time the second act rolls around, it’s hard to dislike either of the characters — because while flawed, their do-gooder nature grows in earnest.

The overzealous attitudes of the duo also seem to cut both ways. Not only does it softens the harsher criticisms of the religion, but the stereotypically bright and cheery nature of Broadway feels a bit more authentic when cast through the lens of Mormons. Even Stone and Parker have admitted that most Mormons they meet are “pretty happy people” despite their weirder inclinations.

That authenticity, paired with the copious amount of adult humor (seriously don’t bring your kids), makes Book of Mormon a musical that’ll turn skeptics into true believers. And luckily, its also an event you can partake in even if you’re broke. 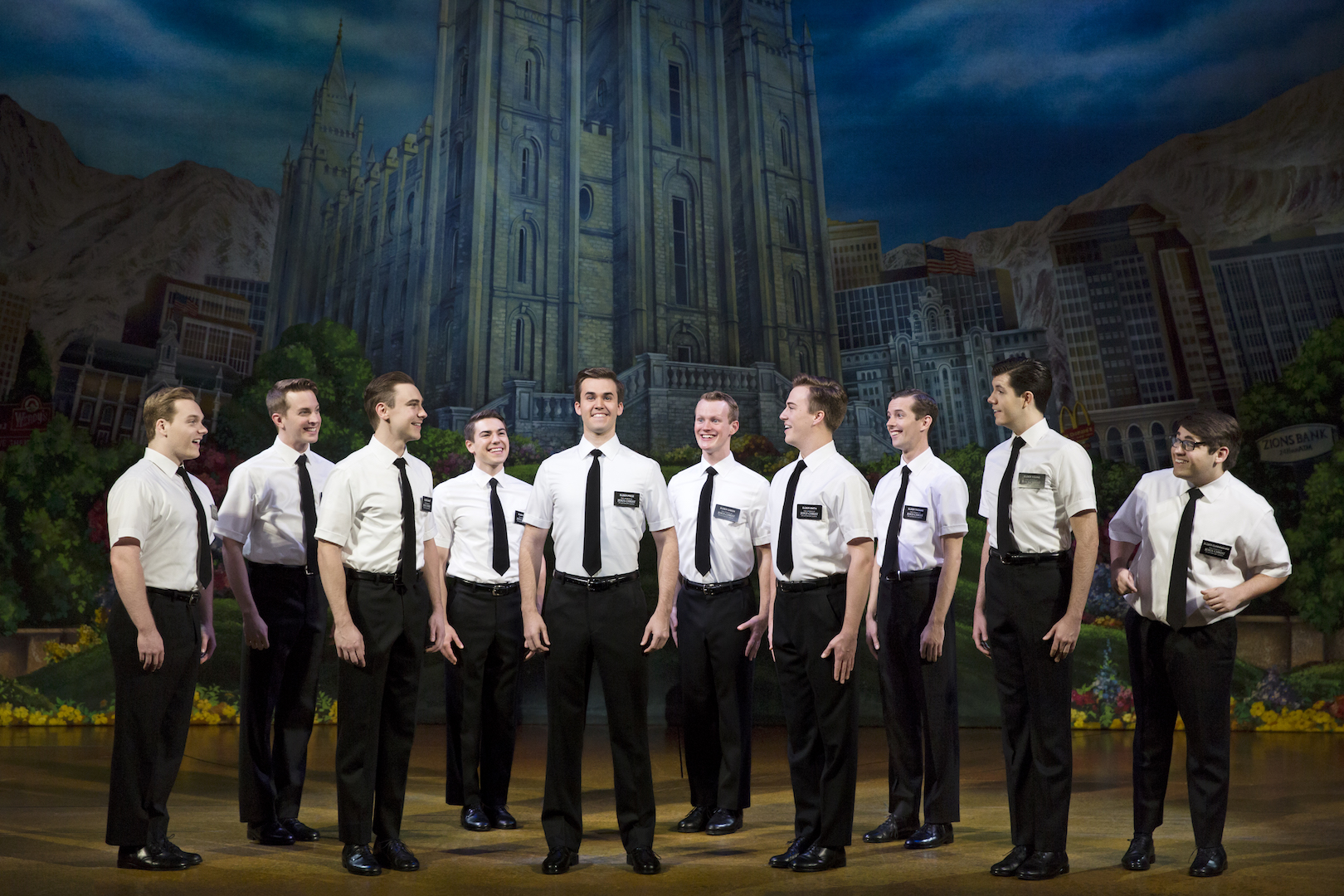 Now through July 7, a lottery system is in place when people can apply to win $25 tickets. It’s rather simple but it’ll require you to make a plan and show up early. Before each performance, a limited number of tickets will be available for the lottery two and a half hours before each showtime. Just arrive at the Ellie Caulkins Theater during the first 30 minutes and write your name on a provided ticket with the number of desired seats (one or two). Then the drawing will take place two hours before curtains where names will be picked. Winners must be present during the drawing and have a valid ID to purchase tickets. It is limited to one entry per person and two tickets per winner.

Go here to see the showtimes and cross your fingers and hope you’re one of the chosen ones.

The Book of Mormon plays now through July 7 at The Ellie. The Ellie is located at 1385 Curtis St., Denver.