ODESZA Is Hosting a Pop Up In RiNo This June

This June 15 and 16, ODESZA — one of the hottest names in electronic music — is bringing their talents to Red Rocks and it’s going to be a series of shows you won’t forget. Now, in addition to the back-to-back shows, they’ve announced a pop-up event and it’s the first one that the two have ever done outside of their hometown of Seattle.

The Seattle two-some hit the music scene hard with the debut of their first album Summer’s Gone in 2012 and EP My Friends Never Die 2013. Since — they’ve been nominated for Best Dance/Electronic Album and Best Dance Recording at the Grammy’s and reached number three on the Billboard Top 100 with A Moment Apart. Their latest endeavor, The 2018 “A Moment Apart Tour” announced December 4 will kick off February 2 at the Laneway Festival before making its way to Denver in just a few weeks.

The pop up will take place at Jiberish in RiNo June 14, 15 and 16. The event will feature exclusive merchandise and even meet-and-greets with ODESZA’s Harrison Mills and Clayton Knight and a majority of the artists that will perform with them at Red Rocks. In addition, Mills and Knight will host an in-store signing the first day of the pop-up, Thursday, June 14. This is the first time that the duo has conducted an event of this type outside of their hometown, in other words, it’s a can’t miss event. 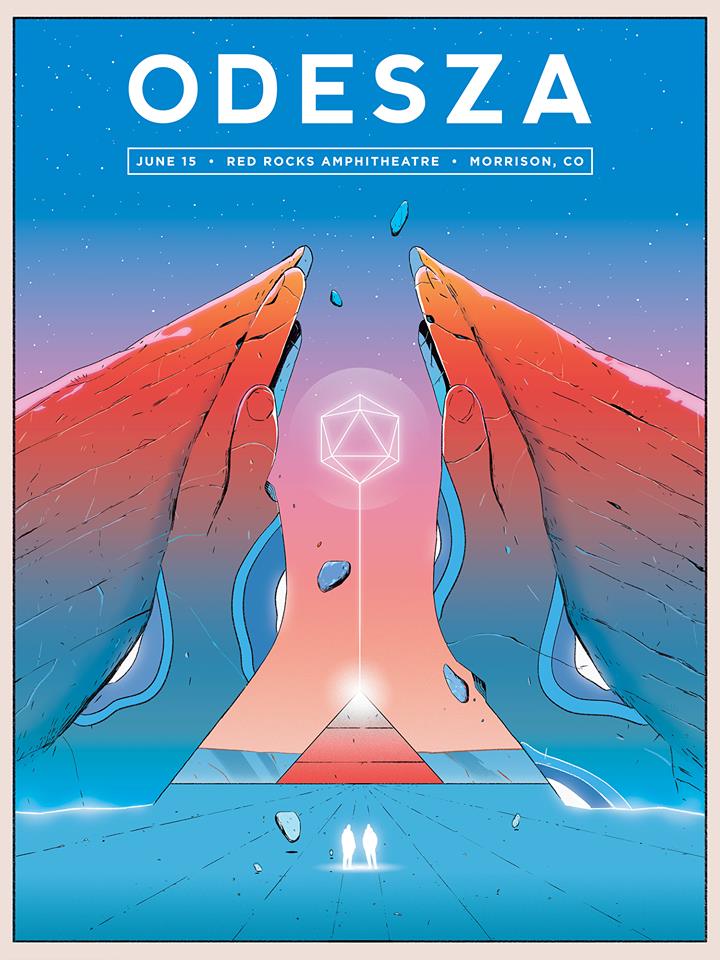