Review – Like Her Or Not, Taylor Swift Put On A Damn Good Show In Denver

Upon entering Mile High Stadium, a colossal stage that stood on the south end of the field greeted fans. Two stadium-high walls of almost transparent screen shielded scaffolding that converged into a point which marked the center of the stage. Words cannot and will not do this production justice. With a star-studded line up of three female chart-topping titans of the music industry, it was almost impossible not to have high expectations for Taylor Swift’s “reputation Stadium Tour.”

Charli XCX was the first to greet the Denver crowd. Born Charlotte Aitchison, Charli XCX got the crowd ready to dance and party as she performed all of her chart-topping hits. Aitchison lit the fuse for the rest of the night as she belted out hits such as “Boom Clap” and “I Love It.” For being the first of two opening acts, Charli XCX elicited an impressive reaction from the crowd. 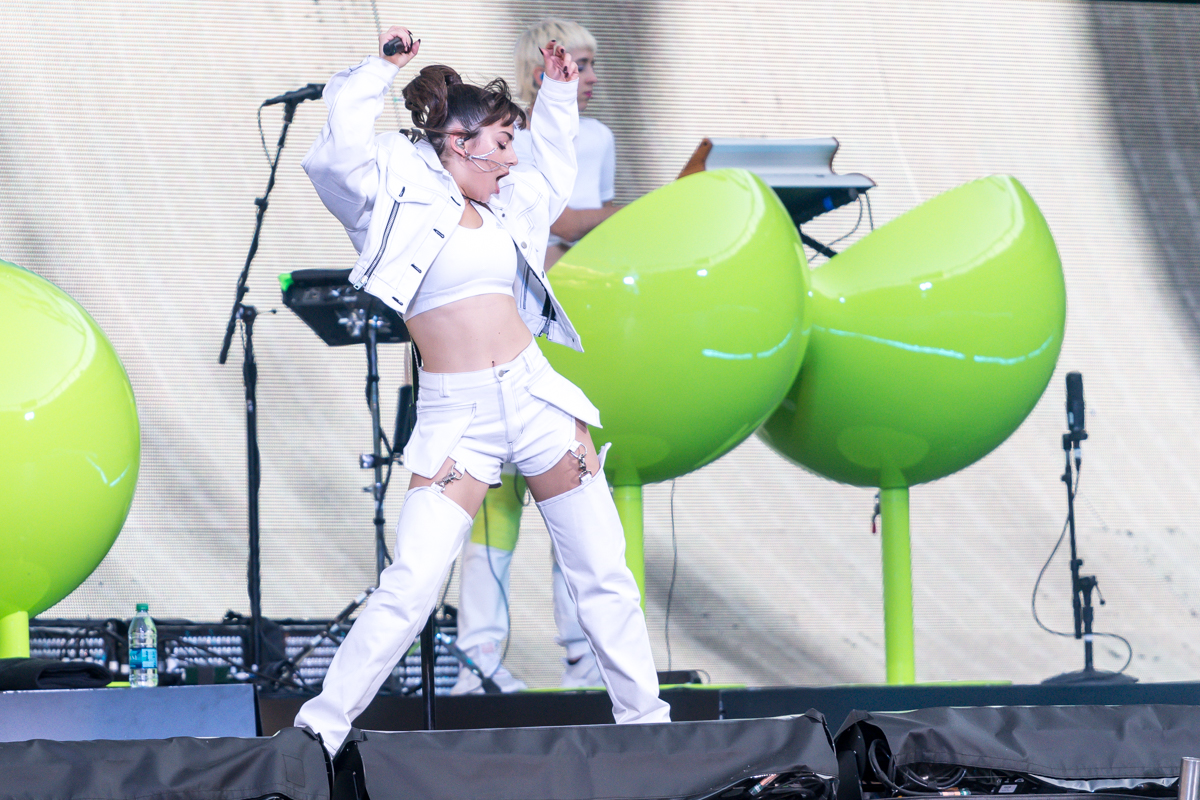 Shortly after Charli XCX finished her set, Camila Cabello took the stage and managed to set the bar even higher. As soon as Cabello’s face was shown on the jumbotron screen behind her, a look of awe and genuine happiness could be seen on the singer’s face. It was almost as if Cabello wanted to greet every individual in the 76,000 seat stadium with the way she interacted with the crowd in front of her. 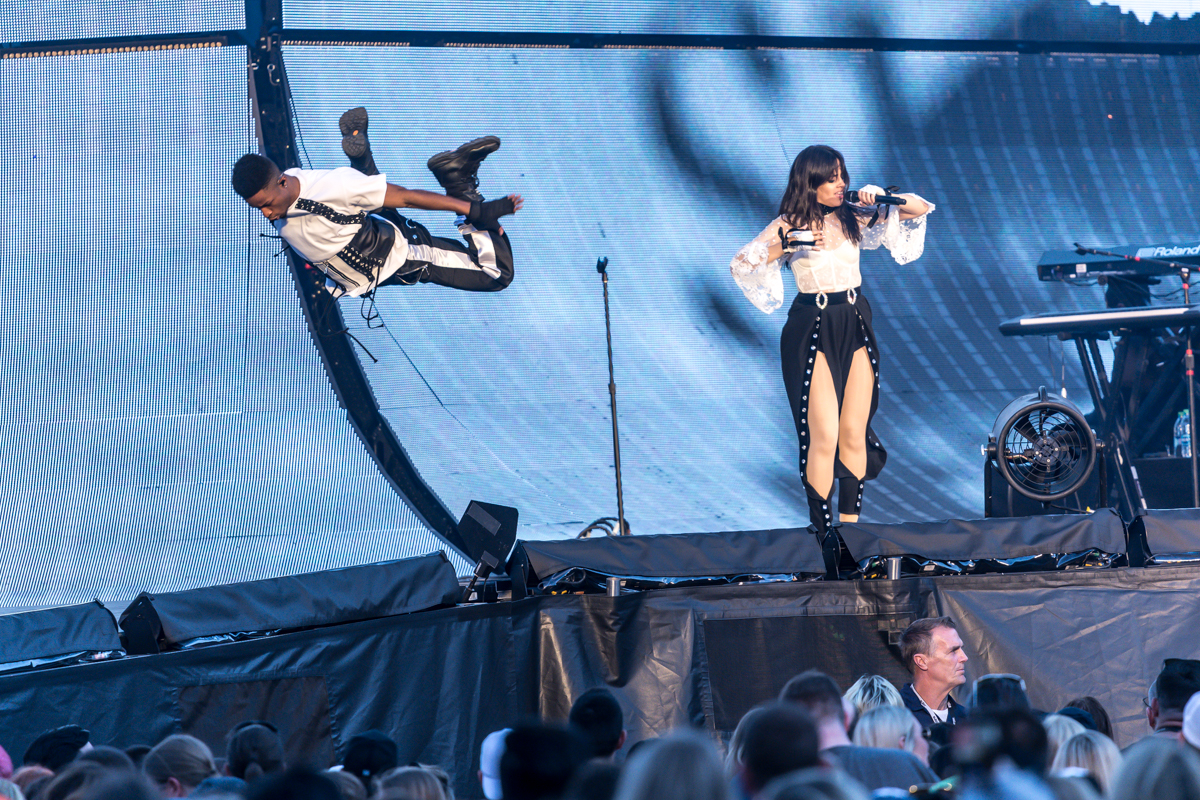 It’s easy to judge pop-stars these days. With all the seemingly ridiculous news stories that are posted online about “drama” between two multi-millionaire pop-stars or the social media posts on any one of the numerous platforms out there — we only get to see one side of their lives. Throughout Taylor Swift’s career, the singer has become one of the most talked about musicians of the 21st century. Most of us have only seen what the world projects and reduces Swift to be – just another processed pop-singer. As soon as Taylor Swift came onto the stage, we were able to see a different side of her. Swift couldn’t help but smile and soak in the lively crowd before her, almost as if she was taken aback by what she saw. Like her or not, Swift knows how to put on a damn good show.

As soon as the sky was dim enough for the stage visuals to have their full effect, everything went dark. Over the speaker arrays came Swift’s voice singing “baby let the games begin” — a line from her hit “…Ready For It?” as the two massive walls of screen diverged to reveal the singer standing in the middle of the stage. The bass rumbled through the entire stadium and Swift’s vocals cut through the mix loud and clear. Her set told the story of her reputation. She started with the new songs and went back in time for the duration of her time on stage. She performed a little bit of everything from her extensive catalog of hits ranging back to her country origins all the way up to her modern heavy pop-sound. 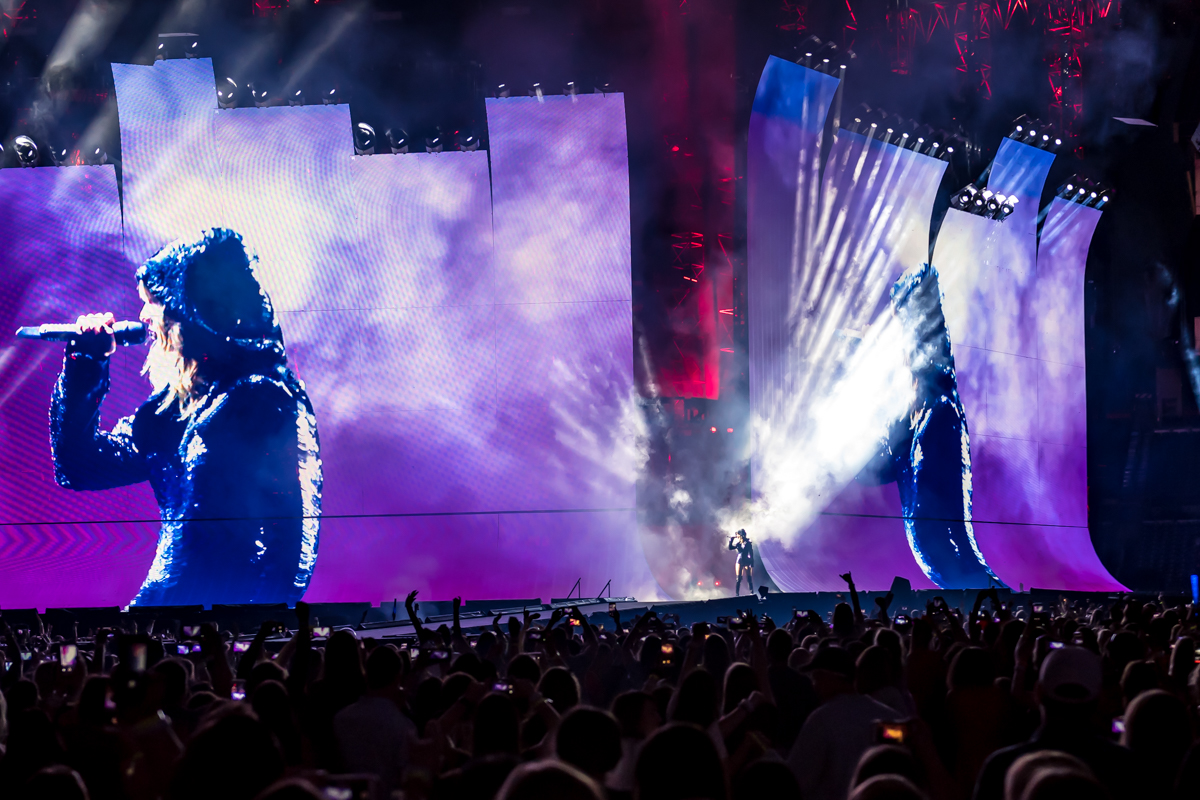 The visual effects that Swift used throughout the set were unreal. This tour broke new ground and set the bar high for future stadium tours. Swift managed to use a crowd of more than 50,000 people into creating a breathtaking visual effect. Fans received electronic bracelets as soon as they scanned their tickets at the stadium gates. The bracelets illuminated the entire stadium flashing in all sorts of colors and patterns during Swift’s set. During “Look What You Made Me Do,” the audiences’ bracelets flashed in a snake-scale like a pattern, which matched the reptilian-themed visuals on stage. The bracelets took the classic concert cliché of holding a lighter in the air and turned it on its head.

Swift’s performance contained all the bells and whistles, and then some. Fireworks lit the Denver sky as they fired off in rhythm to songs such as “I Did Something Bad” followed by pyrotechnics that accented the heat of the performance. In the middle of Swift’s set, the singer traveled across the stadium via floating carriers from the north end of the field to the south end. At the south end of the stadium, two smaller stages with towers extending up filled the arena floor. Pops and booms of even more fireworks shooting off of the two towers opposite the main stage during “Shake It Off” challenged the deafening screams of the crowd. Just when fans thought it couldn’t get any crazier, Swift and her ensemble brought out an actual water feature to the stage. Yes, a real-life, tiered water fountain that spouted behind the intricate choreography and intensified the overall spectacle. 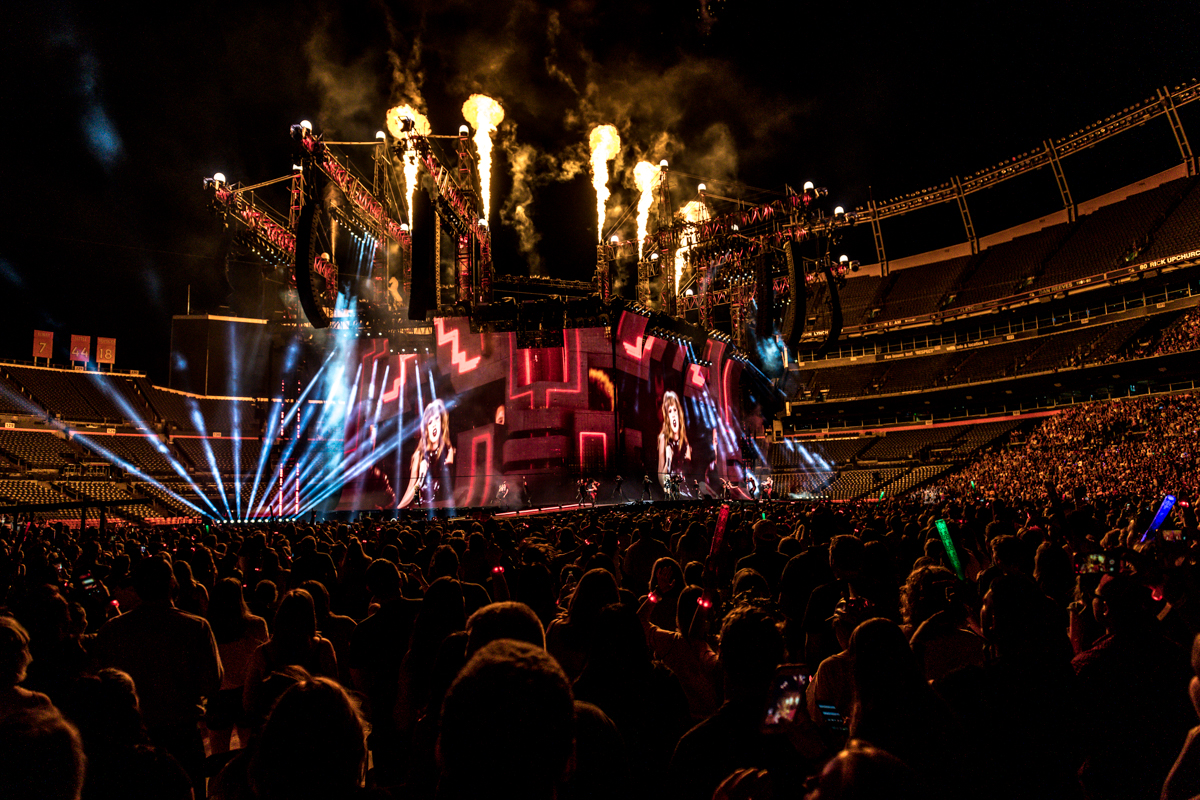 It felt like no detail went unnoticed. Every single musician and dancer on stage fully committed to giving the audience an experience worth their money. Swift truly made the crowd feel thankful to be fans of hers with how much effort she put into this performance. May 25 marked Swift’s fourteenth performance in the Mile High City as well as her first stadium show in Colorado. Swift knew that if she was going to perform in stadiums, she was going to have to find some way to try and connect with every single one of the 58,000 fans in the crowd — and she killed it. The reputation of this show burned its way into the history books.

All photography by Mark Tepsic. Check out our full gallery here. 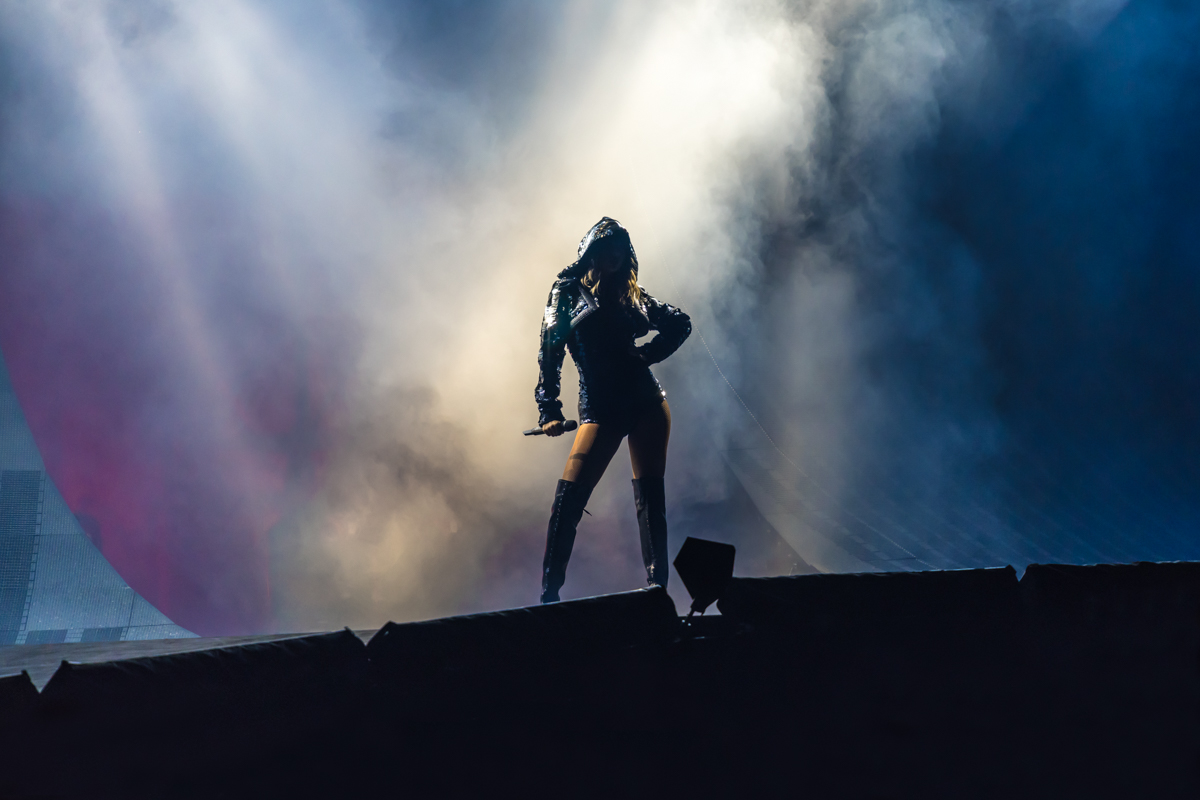