Review – MGMT Found Themselves Again At The Fillmore

A comeback is a funny thing. For even the most revered of artists, the ebb and flow of an artistic career is in a constant contest with the nostalgia of what came before. As such, there are few options for how to proceed, with varying levels of success. You either heed the call of progression, fall into the dysphoria of attempting to repeat one’s initial success or simply quit. MGMT detoured into the second option following the immense success of their debut album, Oracular Spectacular, inviting their eccentric tendencies to frolic into the spotlight that massive hits “Kids” and “Time to Pretend” created. Their career, taking a Steely Dan scenic route of a progression, sadly led the band into the throws of irrelevancy. However, with the release of their fourth studio album Little Dark Age and resulting tour that stopped by the Fillmore Monday night, MGMT was a tour-de-force that finally tapped into the potential they teased us with years ago. 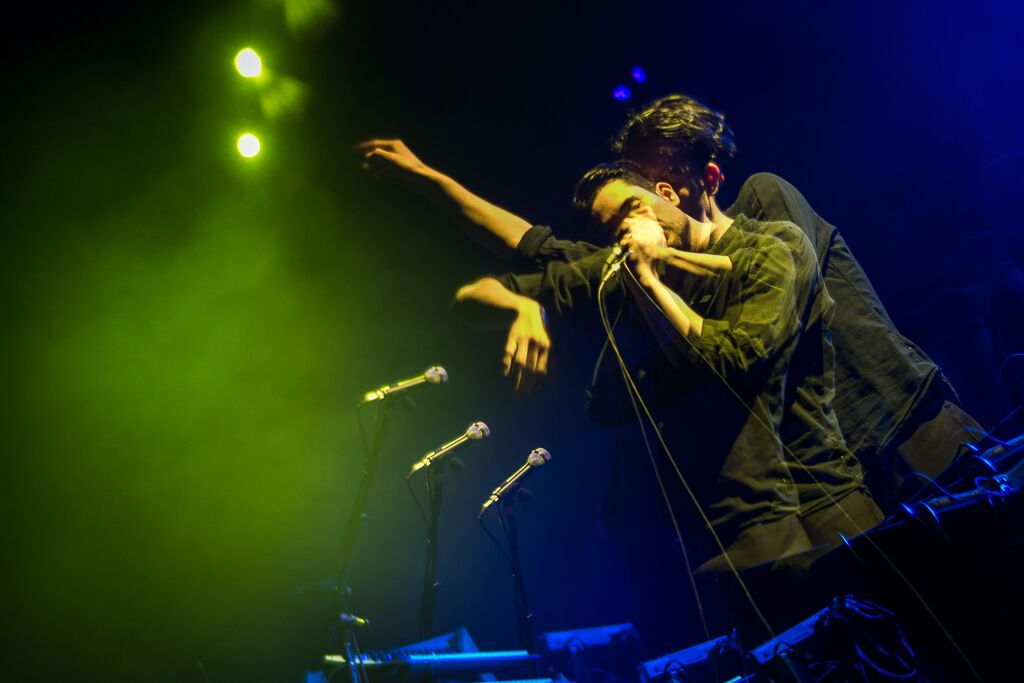 Matthew Dear opening for MGMT at the Fillmore.

Opening the performance was the dance-music producer and singer Matthew Dear. Alone on stage with modulators, mixers and a microphone, Dear caused a ruckus with his industrial laden dance music. The performance, resembling that of a far less buoyant Grimes was a mixed bag of Dear’s good intentions. Playing a set comprised primarily of material from his forthcoming album, it was uncertain whether Dear was utilizing the audience as a focus group of sorts, or simply winging it, but it was hard to pin down a reason for the sheer inconsistency of it all.

Dear darted from stoic monotone vocals to manic electronic manipulations, all the while remarking on a “vibe” he felt, while the lack thereof was felt throughout the Fillmore. Songs that got the crowd moving quickly dissipated into harsh metallic pitfalls that swallowed any groundwork Dear attempted to make. They say the road to hell is paved with good intentions, and while Matthew Dear’s set was anything but hellish, it wasn’t the industrial bliss he’d imagined. 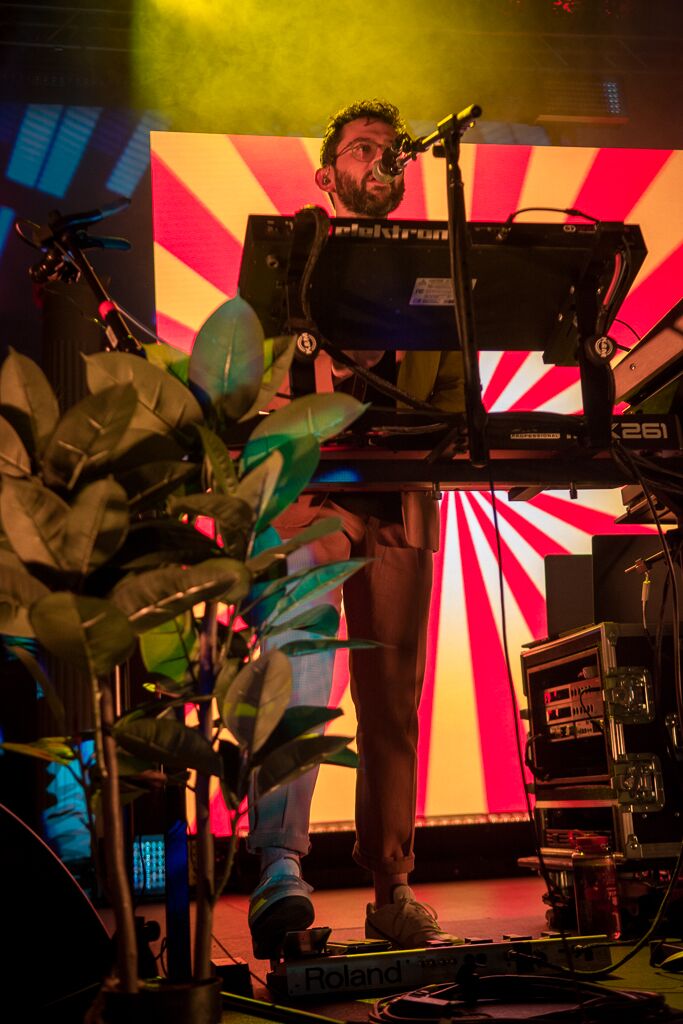 Following up Dear’s performance, MGMT was a stark contrast with searing efficiency. Busting out of the gates with “Kids,” MGMT led the audience on a filler free set, sounding as focused as they have in years. The new material off Little Dark Age felt like the missing puzzle piece to a puzzling career trajectory, expanding on the qualities that made the band a household name in the first place. The production —complete with an LED screen, potted plants and dazzling lighting — sought to aid in their cause and passed with flying colors. As for the performance itself, once a group that has been relentlessly panned for their live show over the years, MGMT came with sharp teeth, drawing fresh blood with a smirk. 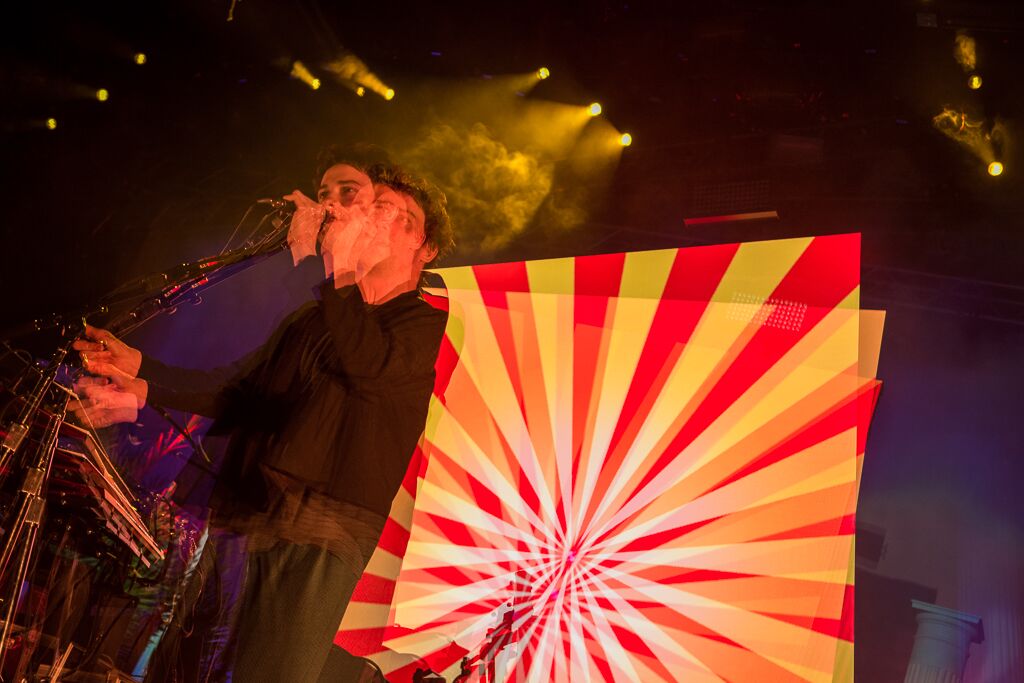 “Little Dark Age” the lead single off the album of the same name was positively snarling as the bass bit the entrails of Andrew VanWyngarden’s vocals. The ever-funky “Electric Feel” managed to double down on that notion as the band grooved and extended the song to euphoric heights.  Maintaining their tell-tale humor, VanWygarden even rode a stationary bike to “She Works Out Too Much,” while Ben Goldwasser brandished a miniature piano for “When You’re Small.”

Through and through, MGMT exceeded expectations, with nothing less than a smile on their face, except this time, everyone was in on the joke. However, it was the inclusion of the sprawling “Siberian Breaks” that brought MGMT’s entire progression into focus. These guys do whatever the hell they want and its honestly captivating to see the many directions they choose to go, successful and not. It’s a grand “go fuck yourself” to the naysayers and the critics, as loud and resounding as the chorus of their dismissive “When You Die.” MGMT never disappeared, they just took their time.