What Low Snowpack Levels Could Mean For Your Summer Camping Plans

We know what you’re thinking — please don’t remind us about this year’s less than perfect ski season just as we are getting pumped for our summer road trips and camping adventures. But as a lackluster winter melts into a mild spring, we must prepare for the possibility that our low snowpack levels may lead to widespread fire bans, dangerous river rafting and more deep-seeded issues with our freshwater supply.
–

–
Generally, snowpack peaks at the end of April for both the mountains and the Front Range, and with the totals in for last month — Colorado should prepare for a dry (and probably hot) summer. Though the Front Range is not the most heavily impacted area when it comes to drought-like conditions, it will ultimately feel the effects of the rest of the state’s drought in a variety of ways.

With that in mind, we’ve gathered the most up-to-date information to help you stay prepared this summer in case spring storms don’t come in May and deposit enough water to keep us out of a drought.
– 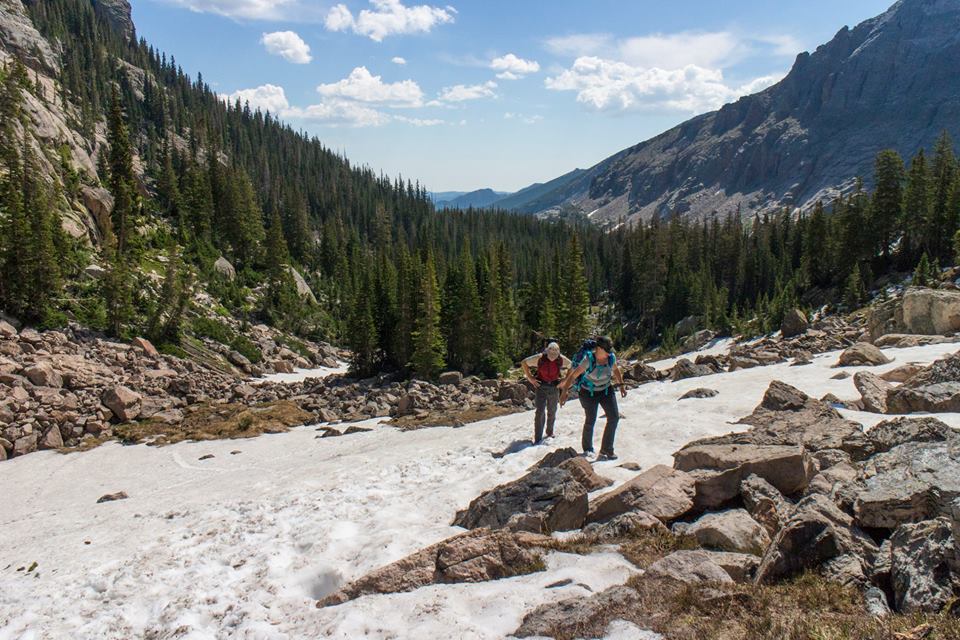 Before launching into the “totals” and data about this year’s snowpack and streamflow levels in Colorado, it’s important to clarify a few points.

Some words that are often used in drought studies and snowpack-related queries are evapotranspiration, runoff, streamflow, amelioration, aquifers and groundwater. Evapotranspiration refers to water transferring from the surface of the planet to the atmosphere by evaporating — a process that can impede water levels because the water basically disappears into the air rather than fulfilling its cycle on earth. Runoff and streamflow refer to the amount of snow and other precipitation that contributes to the water system, and both of these differ greatly by seasons in Colorado. Aquifers and groundwater are places that freshwater is stored, beneath the surface of the earth. Finally, amelioration is a word used to define the process of reducing the severity of something — in this case, drought.

Spring is usually the wettest time of year for the Front Range with spring storms sometimes depositing as much moisture as most winter storms combined. However, the mountains west of the Continental Divide experience the wettest period during the winter. Precipitation during winter months in the mountains is important because the amount of water contributed to the overall streamflow is greater than rainstorms in summer months. Even when it does rain in the summer, the heat and aridity lead to high rates of evapotranspiration, which means the water that falls never makes its way to helping roots, soil or other underground reservoirs.

The problem with the western slope of the state experiencing more severe drought conditions than Denver or the Front Range is twofold. One, most of Denver’s water originates on the west side of the Continental Divide (namely, in Grand County). Two, most of the people who live on the Front Range spend a great deal of time traveling to the mountains in the summer to spend time outside. Mountainous regions in Colorado also contribute water to the southern part of the state and neighboring ones too, so any deficit in high mountain snowpack and consequential runoff impacts everyone downstream.

Created by Wayne Palmer in the 1960s, the Palmer index uses four categories that take into account long term or short term precipitation totals, temperature, evapotranspiration, soil runoff and soil recharge in a region. These categories are where the true story of our drought problems hide because it allows us to see bigger climatic cycles with possible patterns — within our state, regionally and nationally. The one we’ll use primarily in this article is the Palmer Hydrological Drought Index (PHDI) which shows the long-term effects of droughts coupled with the long-term precipitation deficits instead of short-term precipitation deficits (on a monthly basis, like the US Drought Monitor later in the article). The image below is the most current PHDI for the US, showing areas of excess moisture (in greens) and areas of excess drought (in oranges and reds). 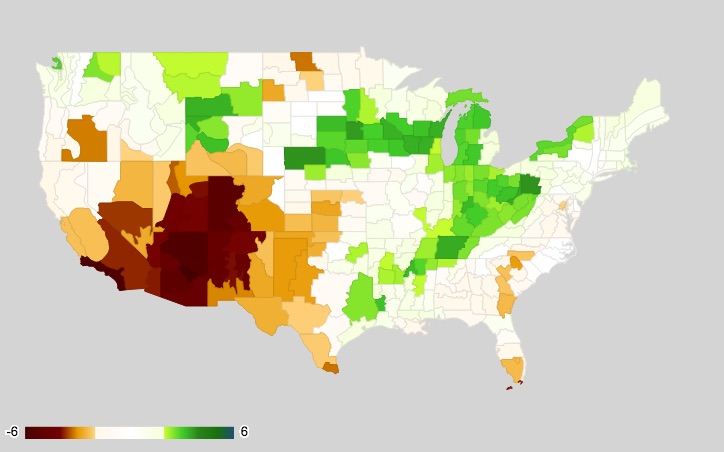 US Palmer Hydrological Draught Index for US Contiguous states as of May 1, 2018

Showing the entire contiguous US is illustrative of a previous point — that Colorado’s high mountain snowpack intimately influences downstream areas. As with many “warning” systems, the darker the red, the worse the prediction. In this instance, the deep red signifies “extreme drought conditions” on the PHDI, which warns regions that their groundwater and reservoir levels will take longer than normal to recover. Seeing a map like this at the beginning of the characteristically hot and dry summer months of the southwest does not bode well.

Already, fire restrictions are being enacted along the western slope, including Park, Saguache, Alamosa and Mesa counties (among others). Some of these counties serve as very popular spring and summer destinations for both Coloradans and tourists. 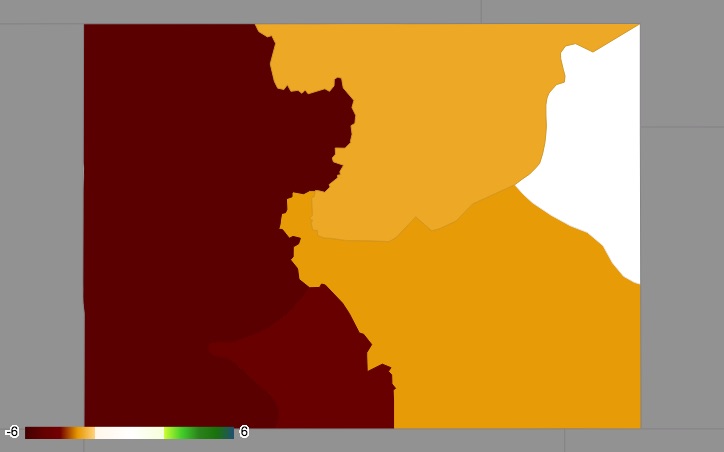 Colorado – split into water basins – according to the Palmer Hydrological Drought Index, where dark red is extreme drought. As of May 6, 2018

Just looking at Colorado’s PHDI shows in more detail the dividing line of the Continental Divide — and how the lack of snow this winter is already causing problems in the areas most frequented by outdoors people in the summer. The biggest basin in the state (and the one shown in the deepest red) is the Colorado River Basin and according to a WRI report, it was already the 14th most stressed river system in the world in 2014, before the massive influx of residents to Colorado since.

The US Drought Monitor (USDM) uses a rating system for droughts — D0, D1, D2, D3, D4 — where D0 is just a temporary dry spell that is fairly normal for naturally dry climates and D4 is classified as an area experiencing “exceptional and widespread crop and pasture losses, fire risk and water shortages that result in water emergencies.” In the following images, D0 is shown with yellow and D4 is shown with dark red, with the other degrees in varying orange between. This system of classification is less in-depth than any of the Palmer indices, but it visually represents fire danger and drought conditions by county, which can be useful.

Currently (as of May 1, 2018) Denver County is classified as D0, whereas the entire southern swathe of the state is experiencing D3 or even D4.

This slideshow illustrates the drought conditions in Colorado during four time periods — May 2017, January 2018, April 2018 and the current conditions as of May 1, 2018. One year ago, drought conditions were worse in Denver and the Front Range than they are this year, but the rest of the state was not experiencing any level of drought. This year, D4 drought conditions encroach in the southern area and have inched up from the bottom of the state, especially in one finger-like area, just since April 24. This degradation reaches into New Mexico to the south. Other than that, conditions have not worsened, but also haven’t improved since April. However, since January 2018, conditions have seriously worsened in the areas that usually receive the most precipitation during that time range. 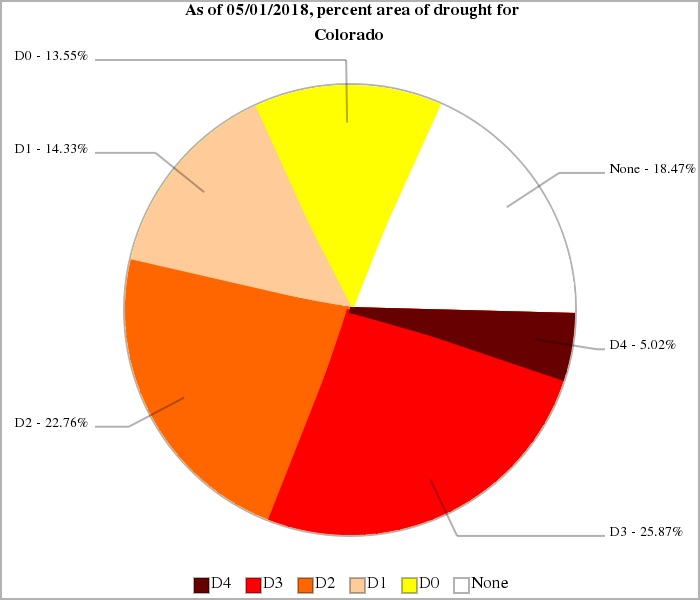 This pie chart shows the level and severity of drought we are facing as a state in a simple and easy to follow way — and so you don’t have to do the math — 53.65 percent of the state is currently experiencing drought at least a D2 level. D2 signifies very high fire danger, water shortages and possible crop or pasture losses.

So tell us, where were you planning on camping this summer? If we were to guess, it’d be somewhere that is already experiencing extreme drought or is on the cusp of it. Depending on precipitation in the coming months (according to NOAA, it’ll take nearly eight inches total in the next three months to ameliorate drought in Colorado) these conditions will result in widespread fire bans and low river levels. Average precipitation totals for May, June and July combined in Colorado total to just under four inches, historically. Already, snow is melting earlier and streamflows are lower than normal. If the percent of area categorized as D3 or D4 increases significantly, not only will fire bans be enacted, but water-use mandates could be applied to certain areas in the state as well.
–

Here are more resources for drought-related topics in Colorado:

Citizen’s Guide to Where Your Water Comes From

How to Prepare, How to Prevent 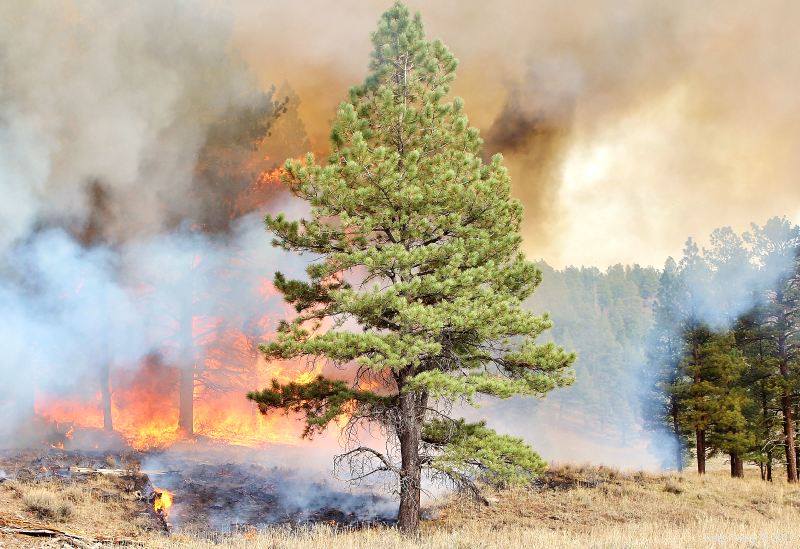 Smokey the Bear says “only you can prevent forest fires” — a creed drilled into Colorado grade schoolers on a regular basis. We all have a duty to responsibly enjoy our expansive system of national parks, monuments and other open spaces without setting them ablaze. The first obstacle to overcome in the battle of preventing forest fires is knowing the risks. When it’s understood that not only the entire state but the entire southwestern quadrant of the US is facing extreme drought conditions with high fire danger, the desire to have a campfire or throw a lit cigarette out of your car window (hopefully) lessens.

But, before heading out for a camping adventure, check the local or regional fire danger, just in case. You can do this by looking at this website or by contacting a local authority (like a fire department). If fire bans are not in place, build a fire with caution and bring more than enough water to extinguish it entirely. In Colorado, the dirt is dry enough that tossing some of it on the fire or embers of a fire does not put it out like it would in more moist climates (we’re looking at you East and West Coasters). When it’s exceptionally windy outside, think twice about having a fire or throwing any roaches, cigarette butts or other lit items on the ground.

To give some perspective of the possibilities of fire bans and fire danger this summer, here’s a current map of Colorado fires — it will be updated if any more start or spread. By clicking on any of the points on the map, you can see if the fire is contained or not, how many acres it has burned and the date it was first reported.

Even if summer camping plans are not on your radar, the snowpack levels affect you. As stated before, Denver siphons much of its water from the western side of the Continental Divide. At the time of writing this article, snowpack, runoff and streamflow levels in Grand County (the major source of Denver Water) are consistent with normal and average years. However, if those levels change, the Front Range needs to be wary of overusing freshwater for recreational or non-essential purposes. Not only is that water also used by Grand County residents, it serves as a key component to fighting wildfires that endanger them and will be more intense, widespread and damaging with drought.

Being irresponsible about water usage now, in times of relative drought, could lead to worst-case-scenarios in years to come. What might be an inconvenience now — like forgoing a bonfire or not watering useless decorative grass lawns — could eventually become a necessary sacrifice in order to retain enough water for agriculture and other vital uses.

Check out this website if you live in a wildfire danger zone.

Check out this website if you want to help prevent forest fires by volunteering.