The 11 Best Beer Bars in Denver

There are breweries everywhere in Denver. There are over 70 of them and it’s growing every month so it would be fair to say you don’t have to wander far for a good beer. But maybe you don’t want to limit yourself to just one brewery or maybe you and your friends can’t make a decision on which brewery to spend the afternoon.

There isn’t anything wrong with a little variety. In fact, we encourage you to go after variety when it comes to craft beer. In and around Denver there are a number of great beer bars that are serving not only the best local beer but the best special beers from across the country.

The list below includes the best beer bars to pour your own, beer bars that brew their own beer and the best late-night spots to name just a few categories.

Pour Your Own Beer 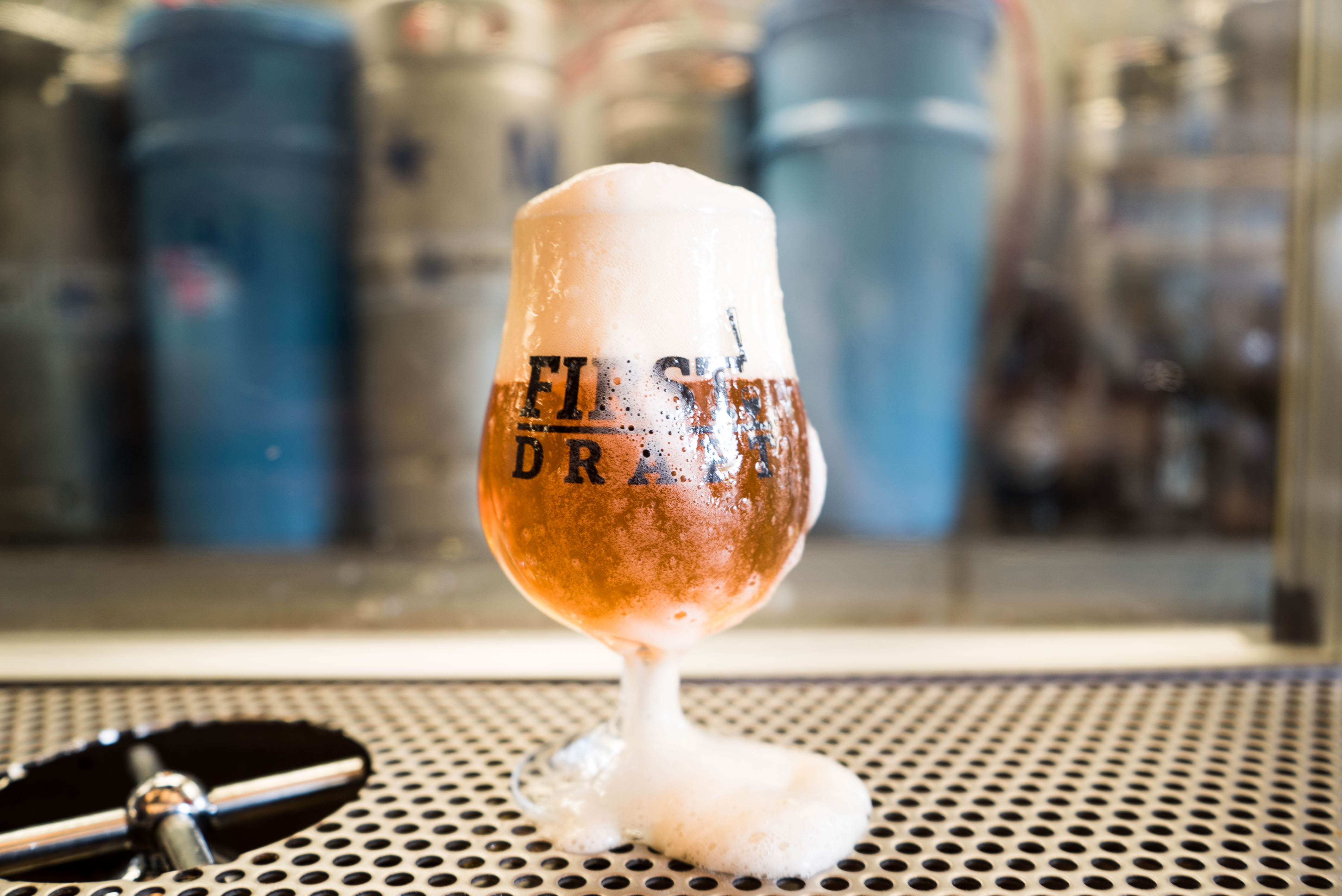 The Lowdown: Located in RiNo, First Draft brought the first self-pour system to Denver. Walking in the door you will receive a pour card and will be able to pick your own glass. From there you are free to pour as little or as much as you want from over 40 taps. The beer is both local and out of the state – if your friends aren’t into beer there is also wine and cider selections. The kitchen also provides small shareable plates to munch on as you make your way through the tap list. 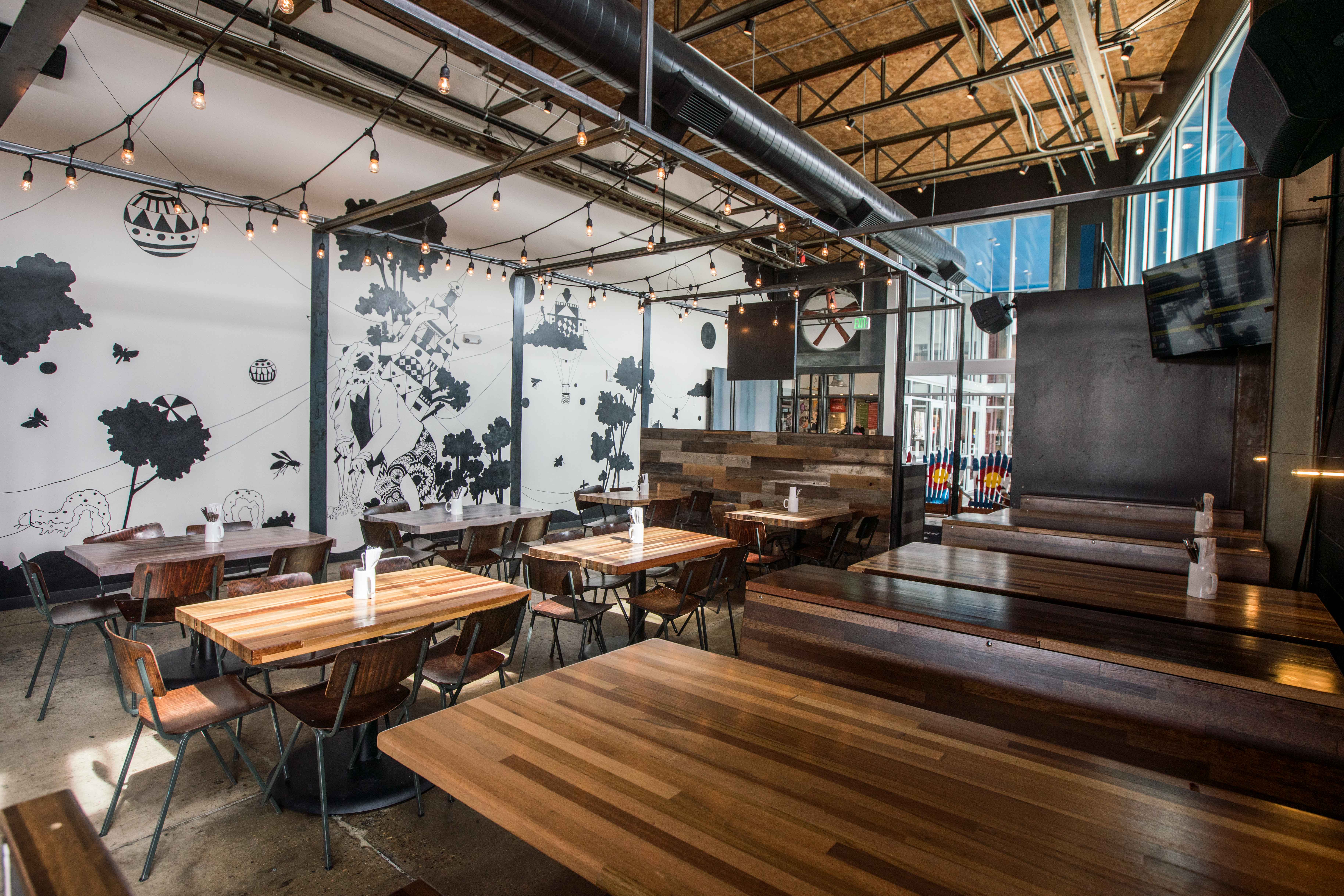 The Lowdown: Just to the East of Denver – located in the Stanley Marketplace is the Stanley Beer Hall. This is a self-pour system that gives you options that vary from light to dark to nitro beers. If your friends aren’t into the beer scene it also has self-pour cocktails – which can be dangerous. Enjoy the drinks inside or outside under the lights of the patio. 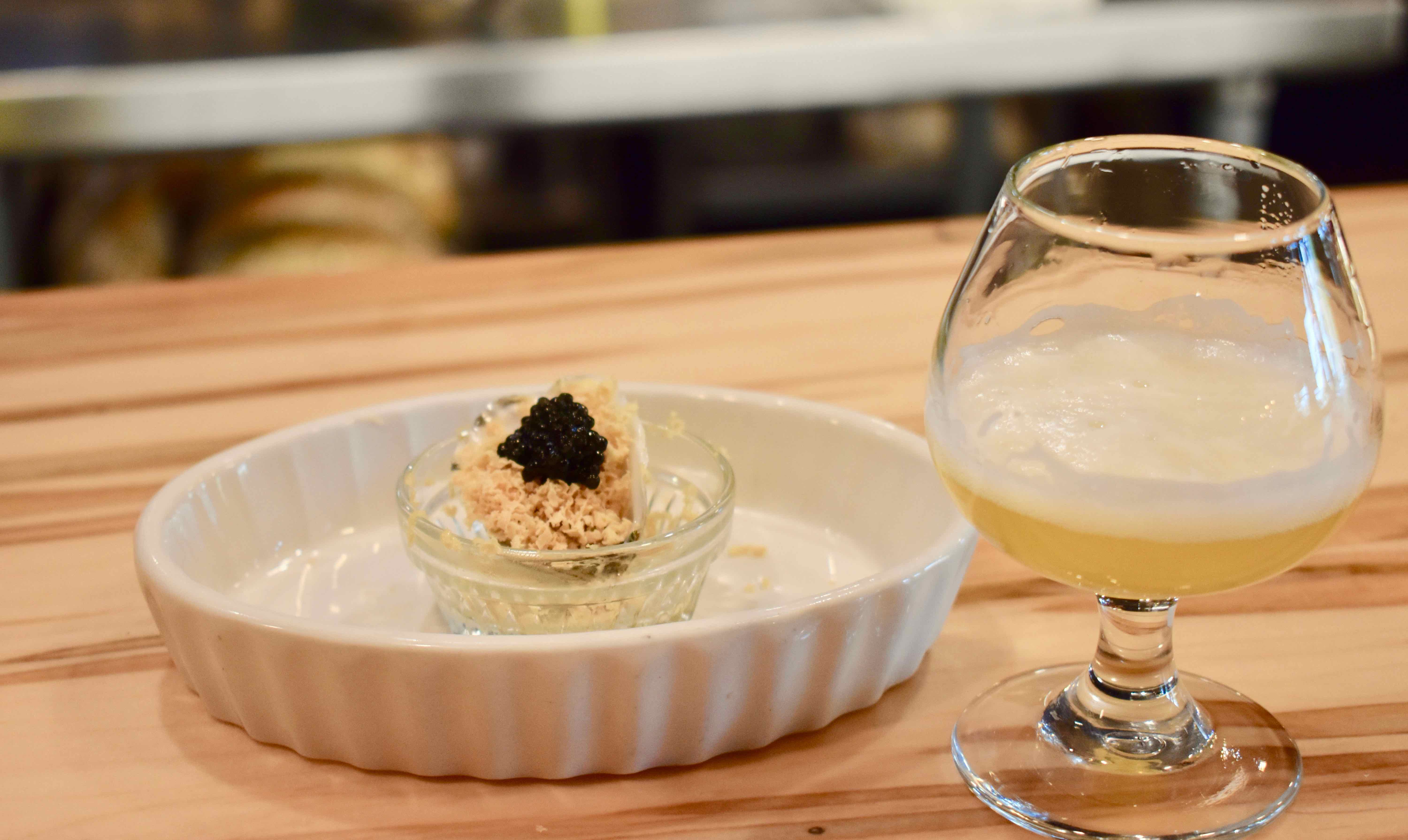 The Lowdown: The state of Colorado has long been home to some of the best sour beers in the country so it was only natural that a beer bar dedicated to sour beers would open in Denver. If you’ve never had a sour beer or are looking for the unusual, Goed Zuur serves it and the staff can walk you through the process. It also features a large menu of charcuterie sure to pair well with any of the beers – it’s a full sour experience.

Beer Bars Brewing Their Own 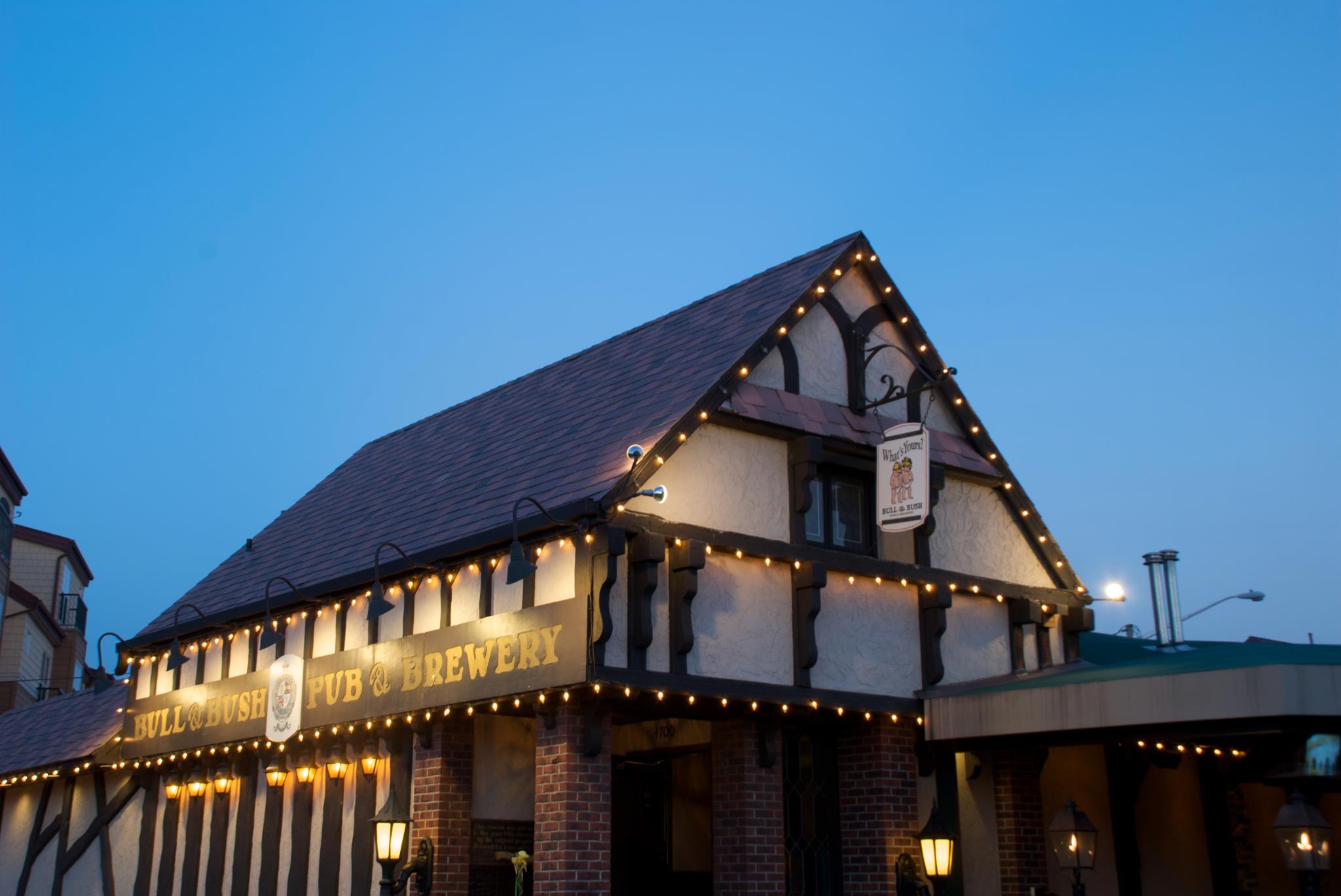 The Lowdown: Bull & Bush feels like walking into an Old School London pub. There is a certain atmosphere to it that can’t be fully explained – you have to experience it. On tap, you will find well over 10 beers from the brewery itself along with other local favorites such as Comrade and Bierstadt Lagerhaus and even beers brought in from Belgium. Keep an eye out as well – it’s not unusual for them to break out special kegs that you won’t get anywhere else. 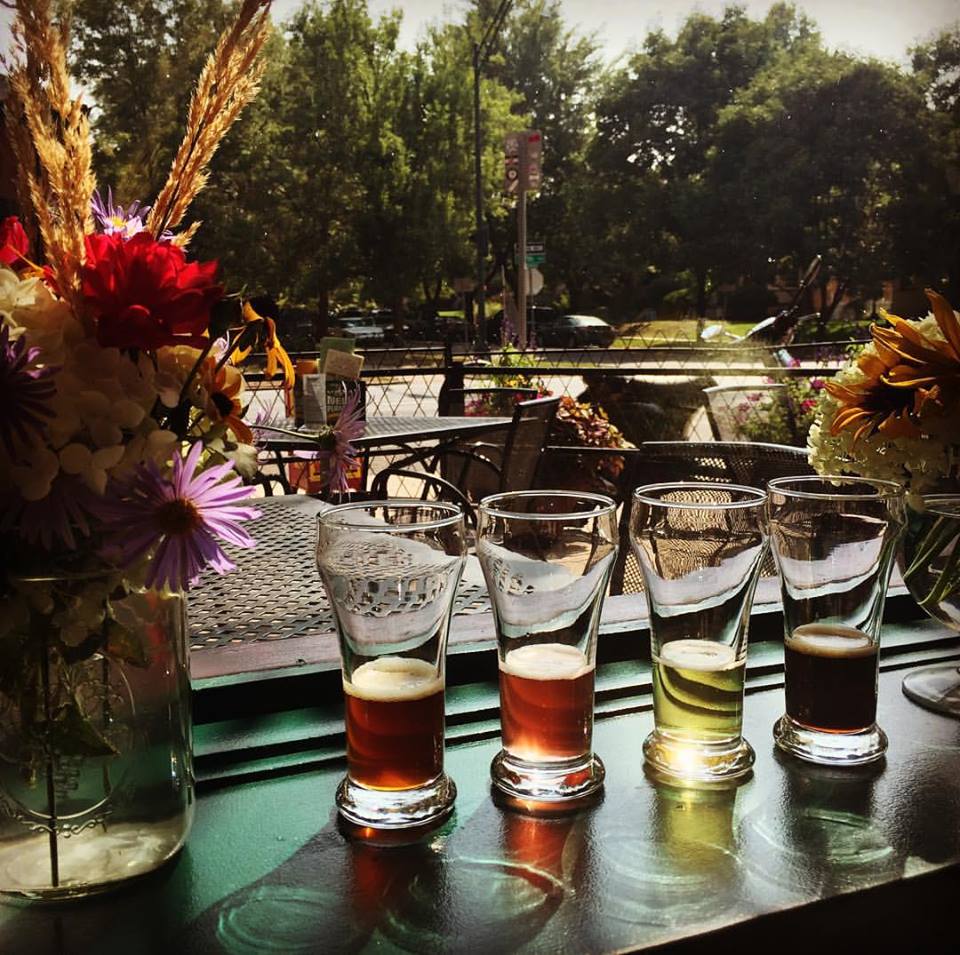 The Lowdown: The majority of the beers on tap are from Mountain Pub’s award-winning brewery but you can always find a variety of guest beers on tap. The pub is dedicated to great beers and augmenting that with the best mix of pub food around. While it’s worth a visit any time of year – make sure to stop by during Stout Month in February for the best of what there is to offer. 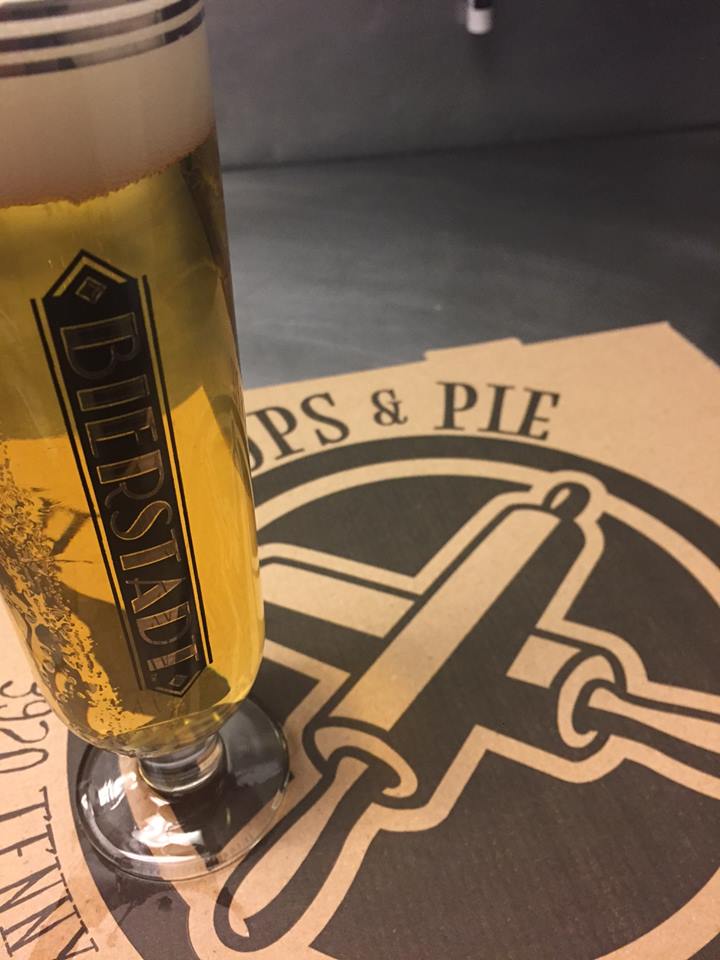 The Lowdown: If you are looking for unique and delicious artisan pizza to pair with your craft beer there is no better place than Hops & Pie. Not only do they get the best of the local brews and the occasional rare (local and not) kegs on tap it also has theme days for your enjoyment. Two-dollar craft beer can Wednesdays and Slow Pour Thursday, where you can get the Slow Pour Pils from Bierstadt for only two dollars, are our favorites. 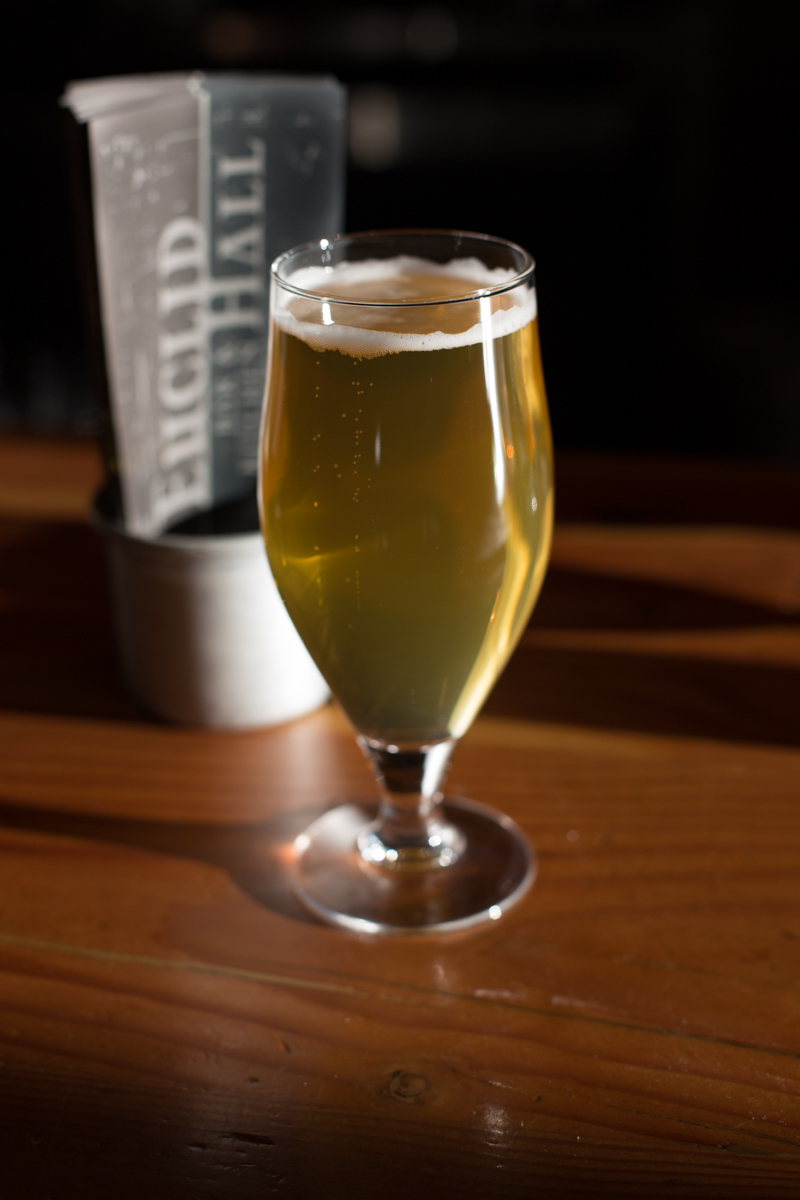 The Lowdown: It’s not often that a beer hall features award-winning food but that is just what Euclid Hall is all about. It’s crafted food to pair with the extensive list of craft beer. What’s behind the name? Euclid was a Greek mathematician and the beer menu features approachable beers on the algebra list – think Dry Dock Apricot Blonde and works its way through the math world before you hit the quantum mechanics section filled with beers for a more developed palate such as Avery’s Reverend – a Belgian quad. 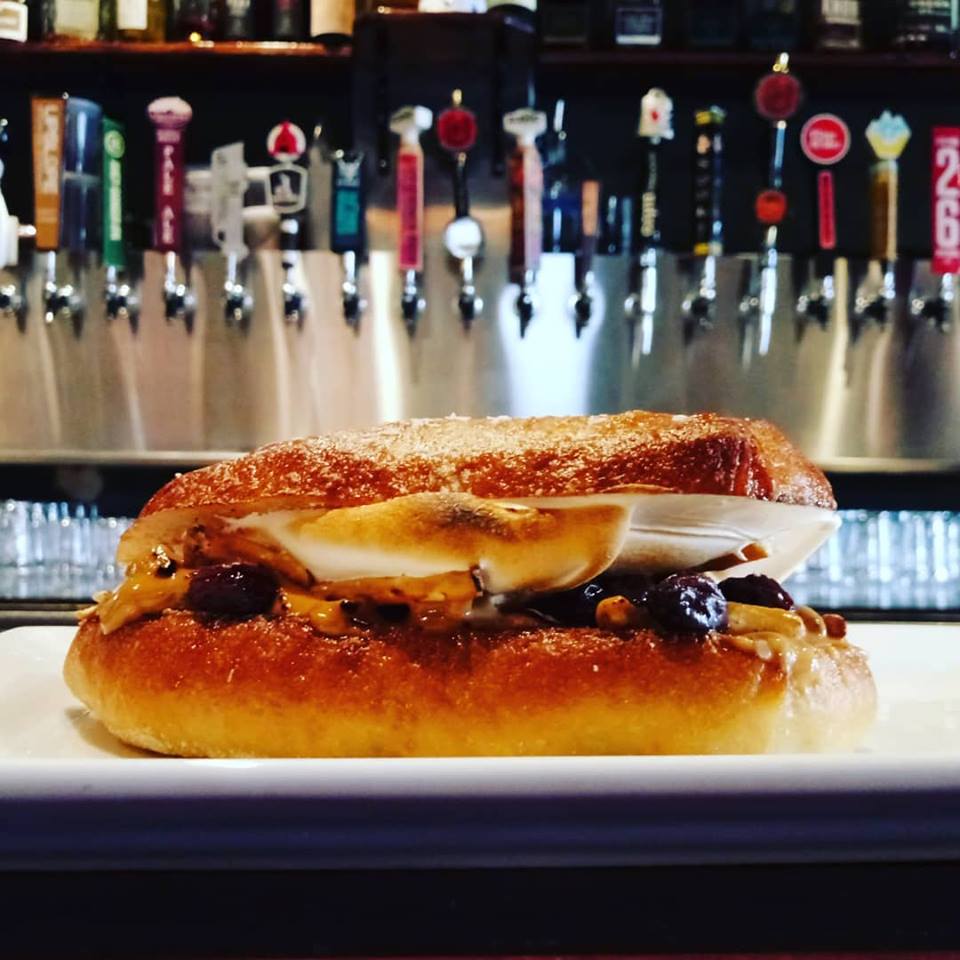 The Lowdown: This beer bar is dedicated to upscale comfort food but it’s served in a casual atmosphere. In our opinion, the best time to visit is during happy hour or late night for a quick snack and beer to end the night. With 25 rotating taps dedicated to independent craft beer, there is a constantly revolving selection of local beer such as Wibby Brewing and Upslope to those further out like Fremont from Washington and Surly from Minnesota. 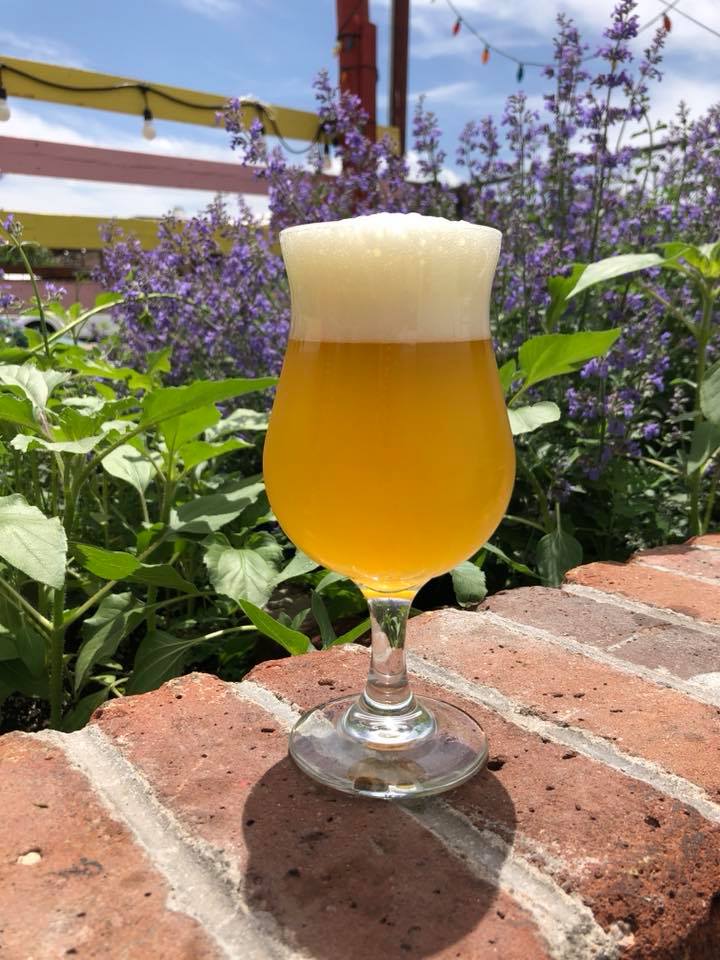 The Lowdown: There isn’t anything in Denver quite like Finn’s Manor. It even stands out in a crowded RiNo neighborhood. It’s not just the vibrant colors calling you into to have a cold beverage either. The food is fun but it’s the beer list that’s a welcome surprise. Sure, the regular locals are on tap but it’s what shows up on the occasion that special (and not just during GABF week either). Deep inside on the black and white tap list, you can find special collaborations from Comrade to brews from Jolly Pumpkin. Here you can expect the unexpected. 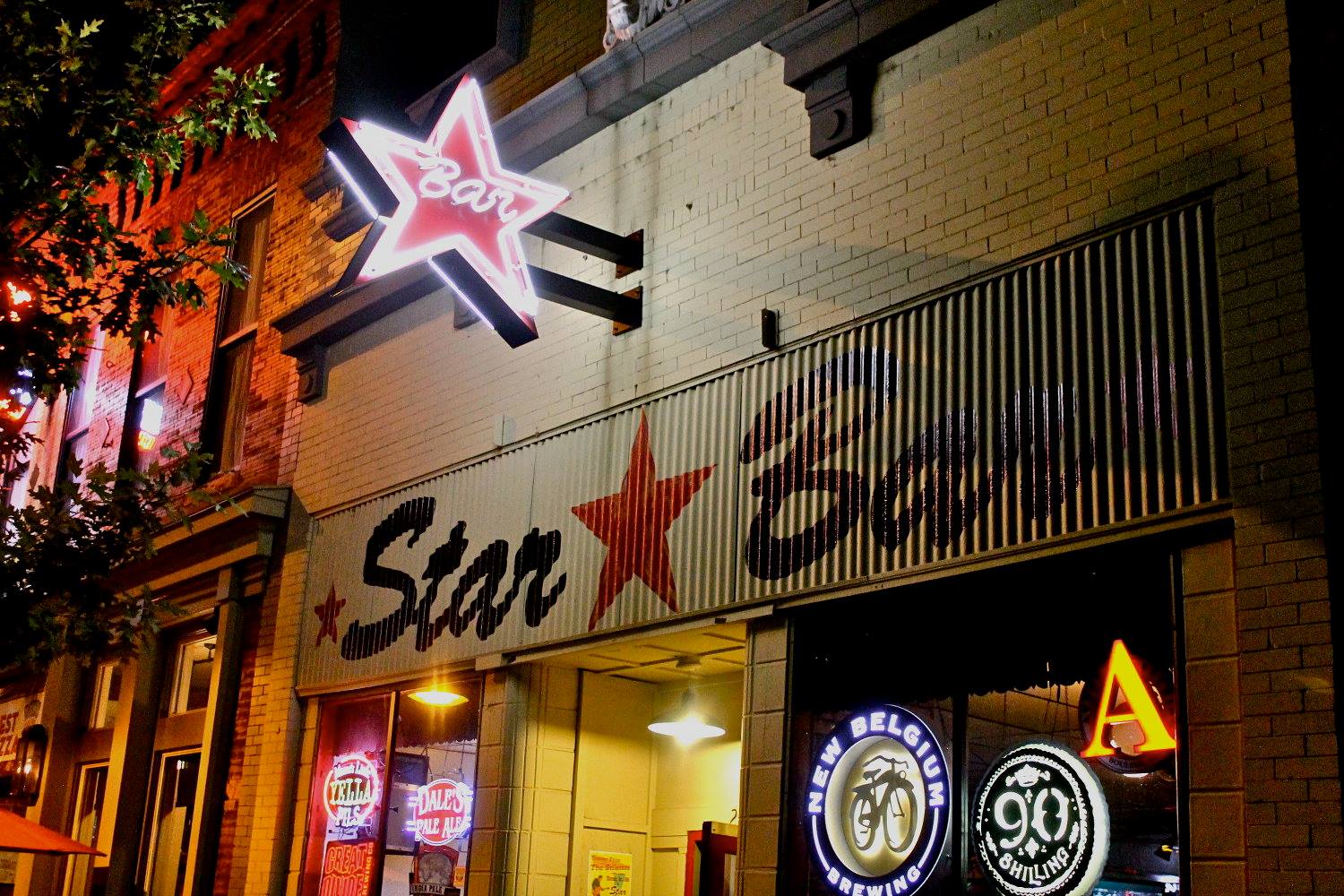 The Lowdown: There is a reason this place is known as the unofficial and sometimes official after party during the week of the Great American Beer Festival – it’s legit. It’s the bar you remember from college, it’s the place you yearn for when you just want a beer and some incorrigible fun  — but are looking for more than a macro brew. You can ensure that your last drink of the night will be fire and we’re not talking about whiskey. Craft beer and shenanigans are the what Star Bar gives to Denver. 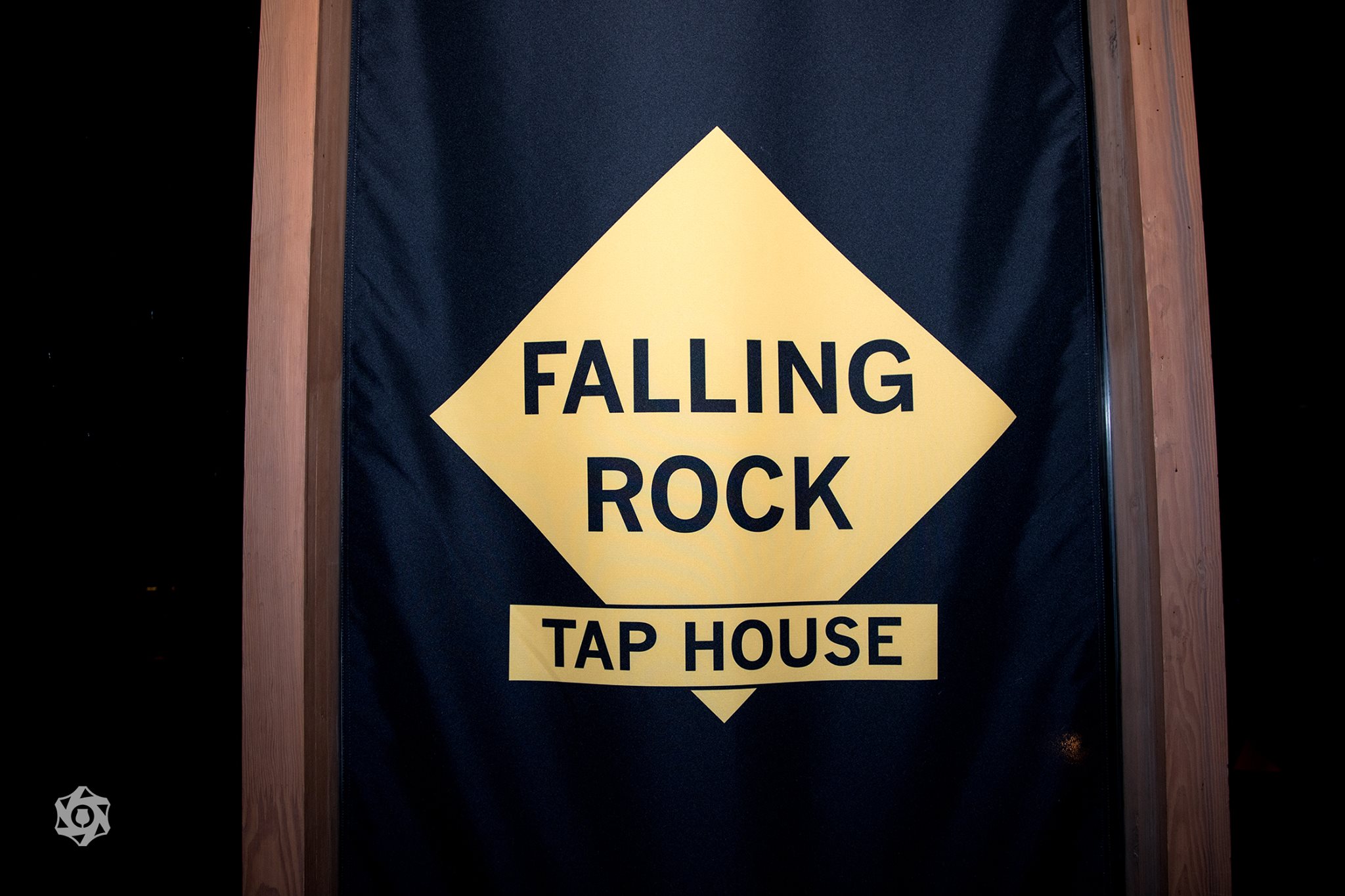 Photo courtesy of the Brewtography Project. 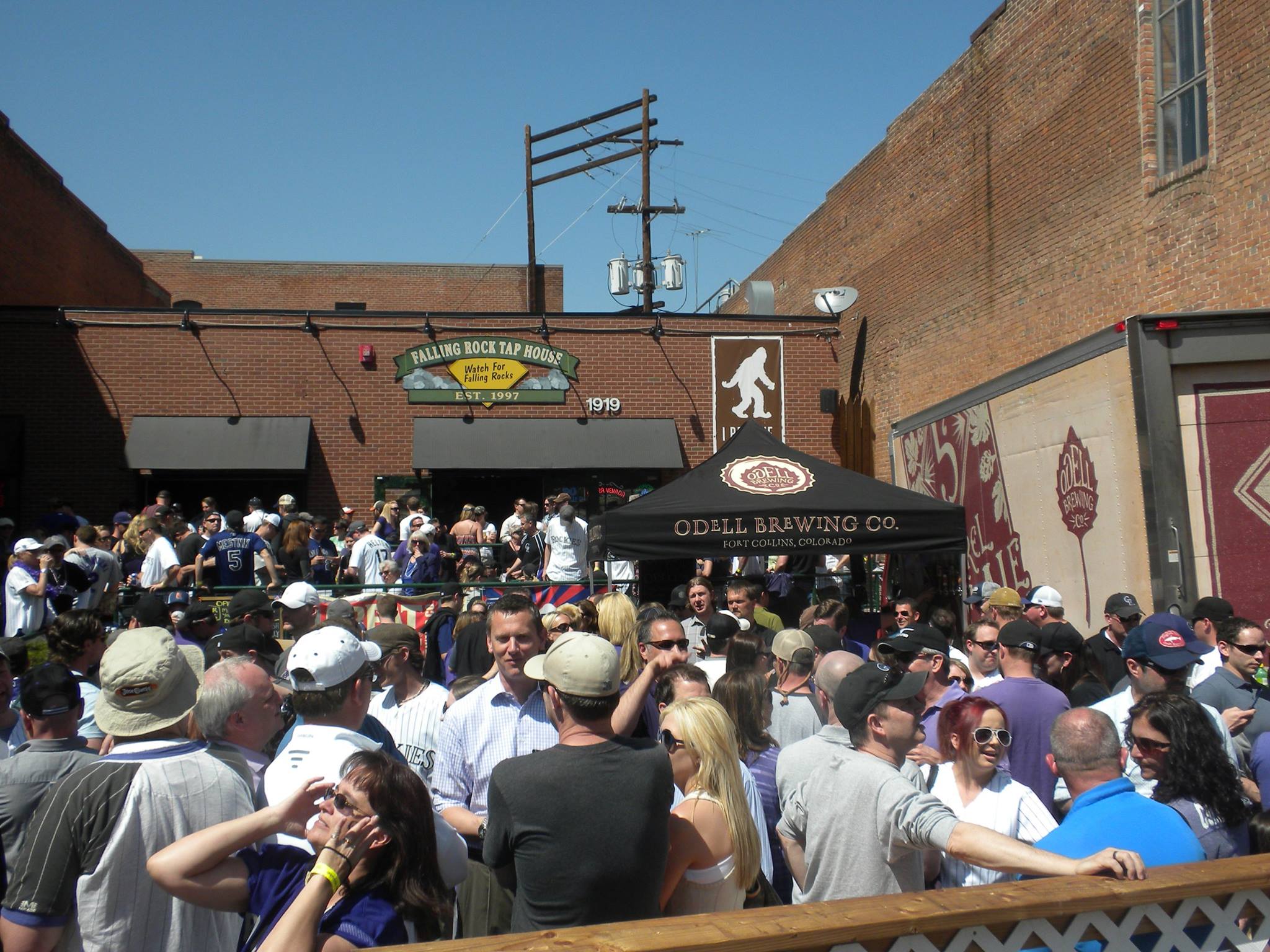 The Lowdown: There can be only one bar that holds the position of a beer bar institution for Denver. Here at Falling Rock, the taps are numbered because otherwise, you wouldn’t be able to count them all. It’s borderline imposing. It’s beer lover’s paradise and where any beer drinker should break their craft virginity. Falling Rock has been there for almost every step of the craft beer revolution in Denver – 20 years of slinging brews doesn’t happen without attention to detail, trends and people.

It doesn’t matter if you want one style or one brewery Denver has more than just great breweries but a variety of great beer bars. The next time you head out – enjoy the indecision and head to one of these beer bars – you w0nt regret it and you might even find something new.