Concert posters and album art have long been considered their own art form, with artists almost wholly dedicated to those tasks. Denver-based artist John Vogl has spent the better part of a decade creating fantastic and whimsical concert posters for bands across many genres under the moniker “Bungaloo.” Some of the bands on his roster include Shakey Graves, Dead & Co., Sylvan Esso, Chris Stapleton, The Avett Brothers, Robert Plant and so many more. His most recent project? The record sleeve design for 303 Music Vol. 1., the very first vinyl 303 Magazine has ever released.

READ: The Art of the Concert Poster – The Designs of Denver Artist John Vogl

Vogl doesn’t limit himself to concert posters and album art though. Recently, his non-music inspired art starred in a solo show at Helikon Gallery and Studios — where Vogl works in one of the resident workspaces. His design of Great Divide’s Denver Pale Ale can, and the subsequent mural on 22nd and Lawrence Streets downtown garnered him a significant amount of attention as a Denver-inspired artist. As a skillful graphic designer — with a background in advertising before turning full-time to art — Vogl also creates tasteful merchandise like stickers, glassware, flasks, pins and clothing, all of which are available for purchase at Helikon.

We sat down with Vogl to discuss his choice in making the album art, who his favorite artist on the vinyl is, local music promotion and more. Make sure to stop by the meet-and-greet room at 303 Music Fest on May 17 to see Vogl face-to-face and have him sign your album. He might even draw a little doodle on it for you, making it a true original. 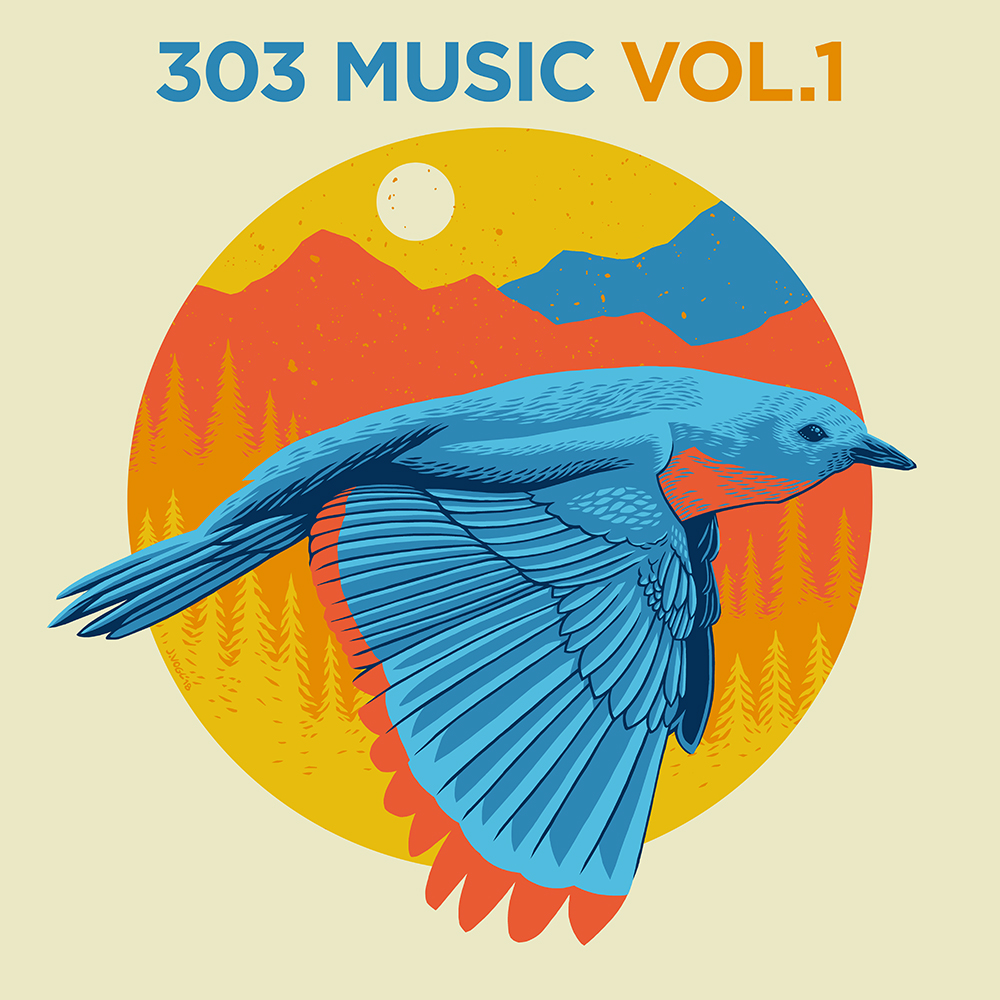 John Vogl: 303 reached out to me because I’ve done a lot of stuff in the music community around Colorado and for musicians in general. Together, we were looking for something that fit the scope of the album, which was going to have a hodgepodge of artists. So they wanted it to fit that but weren’t too specific to a genre — [just] Colorado, but more Denver-centric. It was an assignment that was definitely ‘do your style, do your thing.’ It’s certainly in line with other stuff I’ve done.

303: Have you ever created album art before this?

JV: I’ve done album artwork for friends’ bands and some very small labels in the past, but never a record sleeve.

303: Who are you excited about on the album?

JV: I’m excited about Gregory Alan Isakov because I’ve done stuff for him in the past and I’m just a fan of his music. The album seems like a good sampling of Denver music and a good array of genres.

JV: I do listen to records at my house, and I’m a member of Vinyl Me, Please. I’ve done work for them in the past actually. I created artwork and a t-shirt for a War on Drugs album several years ago. The artwork was one of the prints that came with the record and we ran the t-shirt for a little while through them.

303: What’s something you were excited to work on with this project?

JV: Supporting local music — I don’t usually get to do a lot of local stuff. Promoters don’t usually ask [artists] to create art for music in their own city or state. They think local people have seen the stuff too much or something. It’s nothing unique to me, it’s just how it works. You know, I’d like to do more Red Rocks posters, but at the same time, I understand why it is that way.

303: Where’s your favorite place to see music in Denver? 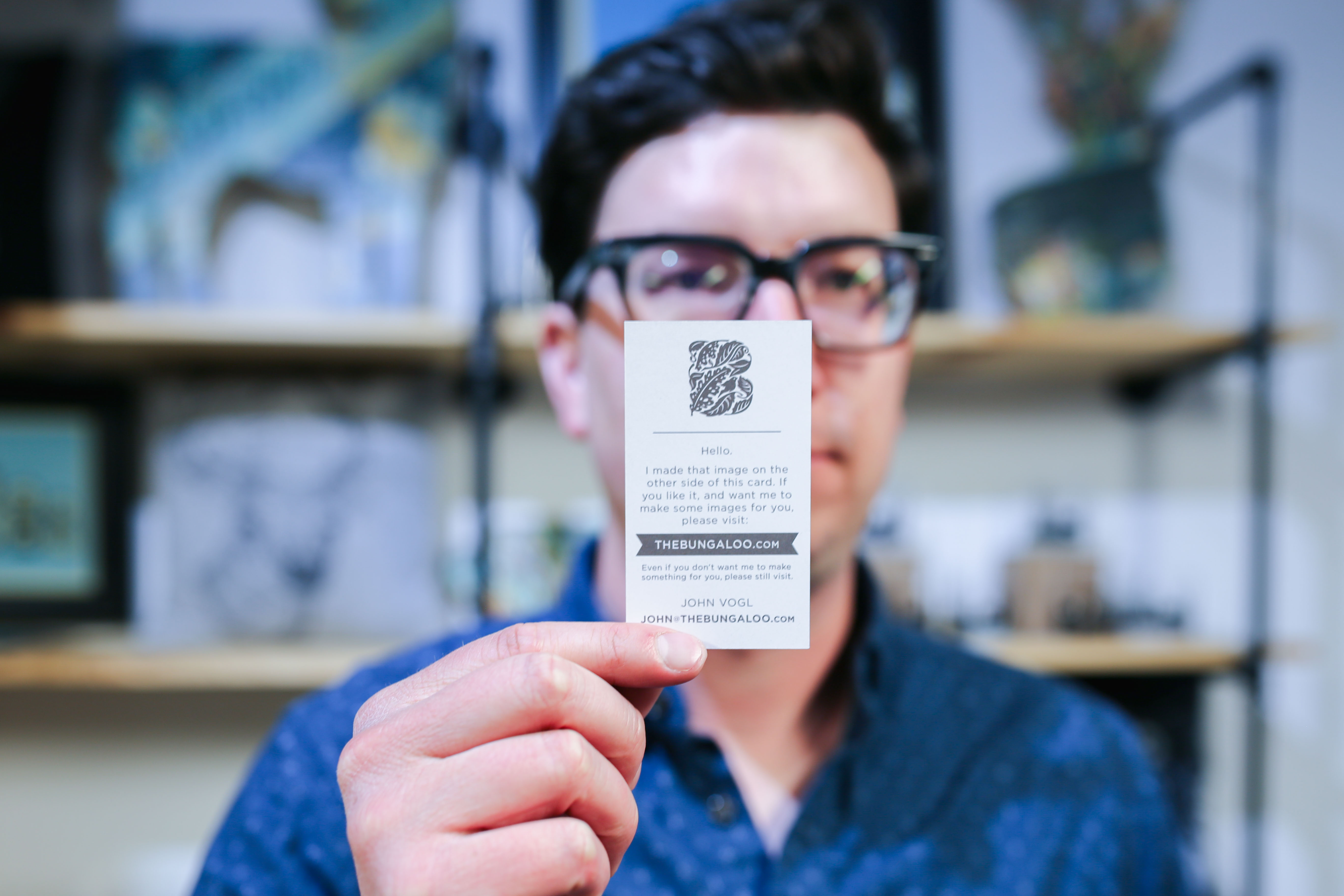