Jim Howard is a combination of intelligence, humor and modesty that give him a gravitational pull, making people feel honored to be in his presence. We were fortunate enough to do just that at a private event hosted by Fashion Group International of Denver (FGI) at the Denver Art Museum (DAM). Howard led us through his new exhibit, Drawn to Glamor: Fashion Illustrations by Jim Howard, curated by Avenir Foundation curator Florence Müller and senior curatorial assistant Jane Burke.

“I have become one of Jim’s biggest fans so we are delighted we were able to showcase this,” said Burke. “He lived in such an exceptional time in fashion and the creation of the department store simultaneous to fashion illustration, which is a huge part of the story.” 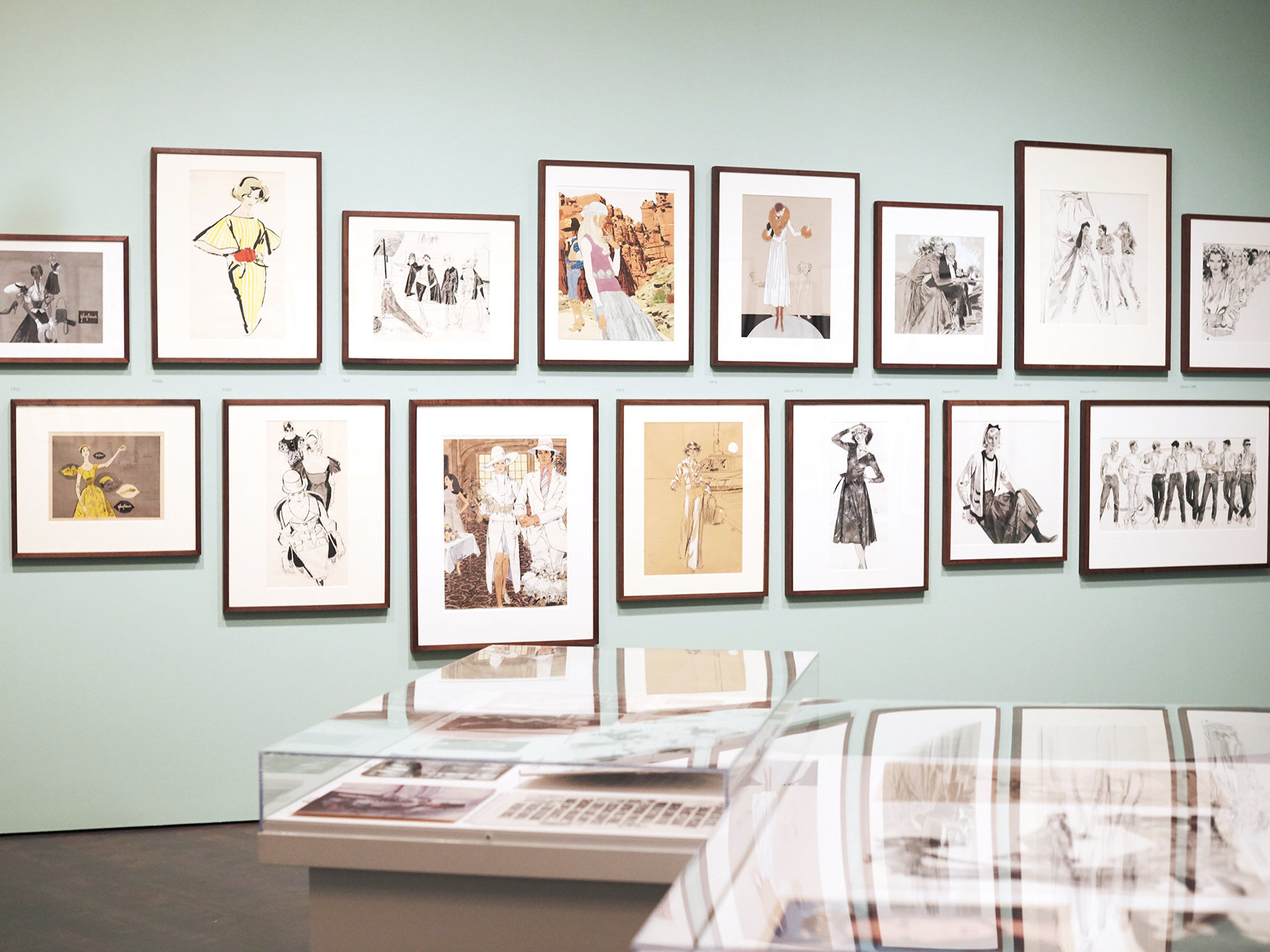 The exhibit was organized to tell Howard’s life story through his work.

Fashion illustration became popular in the mid-20th century when major department stores started hiring artists like Howard to sketch ready-to-wear fashion for newspaper ads. During the FGI event, the Texas native and Denver resident shared anecdotes about his four-decade career, starting with his early advertising campaigns for Neiman Marcus in the 1950s, and through the ‘70s and ‘80s. Each story was a window into his life as an essential part of American fashion. “I don’t think many people realize the history of the American department store and Jim has really outlived all of these department stores,” Burke explained. “I think that fashion illustration follows the rise and fall of the department store in America and Jim’s career encapsulates it all.”

Drawn to Glamour showcases photos and video of Howard throughout his life and career, as well as more than 100 of his works, separated into two sections. “One side represents the studio aspect of how department stores employed people like Jim to draw full time every day,” said Burke. “The other side was organized loosely around the American department store, organized by group, from daywear, evening wear, accessories, lingerie and makeup. We tried to pack as many sketches in as we could.”

Throughout nearly half a century, Howard met and worked with a variety of titans in the fashion industry. “I met Coco Chanel when I worked at Neiman Marcus, Yves Saint-Laurent, Pauline Trigère and several other American designers,” said Howard. “Donna Karan was just a young pup in the fashion world and I remember her and Perry Ellis walking up to me and adoring me, which I thought ‘What?’  I didn’t know much then but they became superstars.”

Howard’s career path eventually shifted, as photography became the preferred medium for ads. “Photography is really what demolished my career, but there is a difference between drawings and photographs,” said Howard. “I met a photographer, and her comment was that she could never accomplish what I had accomplished in drawings in photography. She said there is an intensity to the personality that I would draw that would be very hard to do with photography and that gives me a lot to think about. I never really thought about it in those terms.”

“A person can relate to themselves in clothes if it is in a drawing but if it is on a fashion model or a movie star in the photograph, they can’t seem to relate the clothing to themselves.” -Jim Howard

Similar to his drawings, there is an intensity to Howard, but it comes in the form of his personal magnetism. The fashion community in not only Denver but the world will feel the ripple effects of his talent long after he retires. That gives us a lot to think about as well.

Drawn to Glamor: Fashion Illustrations by Jim Howard is on display at the DAM until August 5. 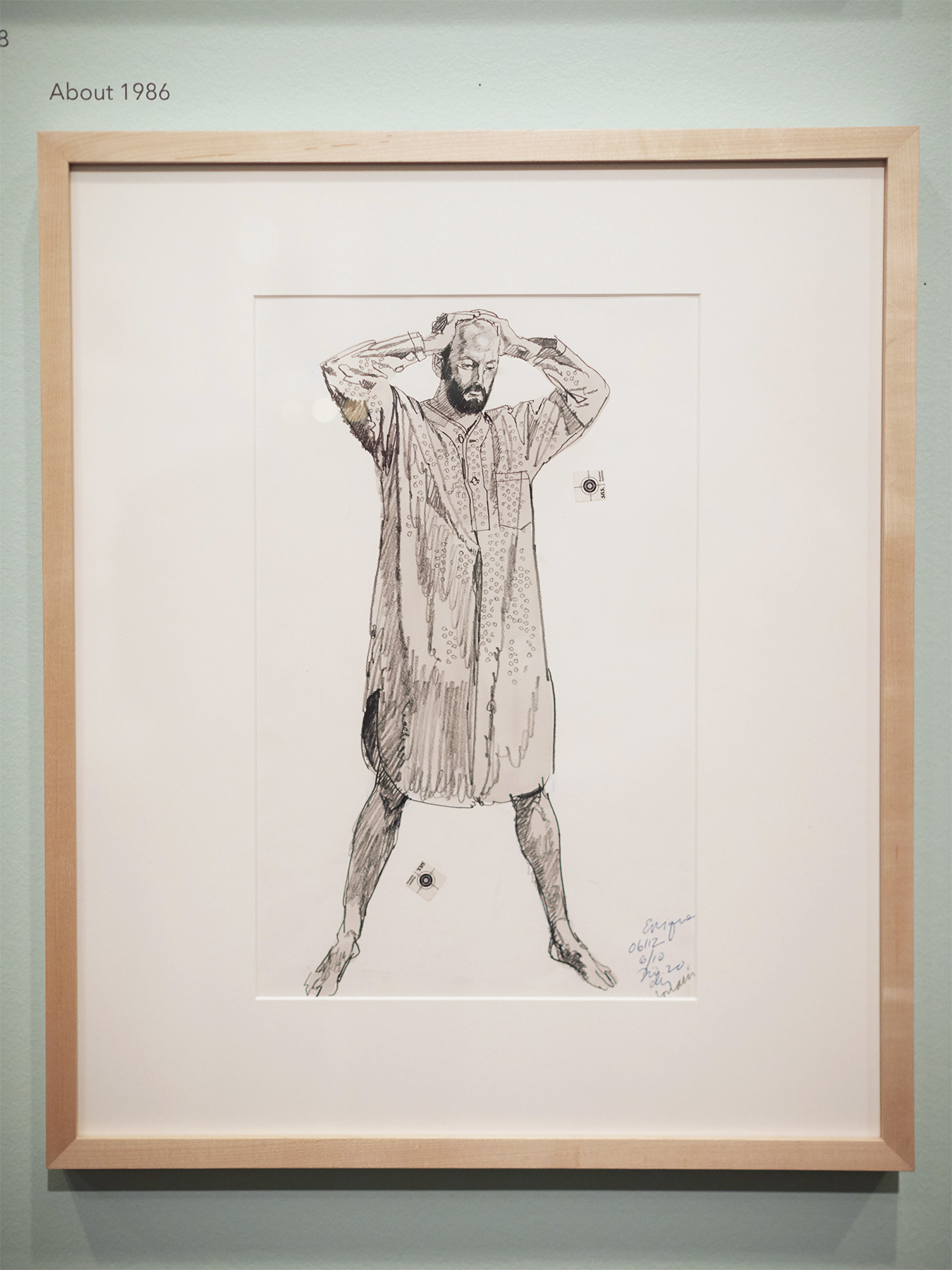 “That’s me at the time. My partner photographed me and that was one of the few times I drew myself.” 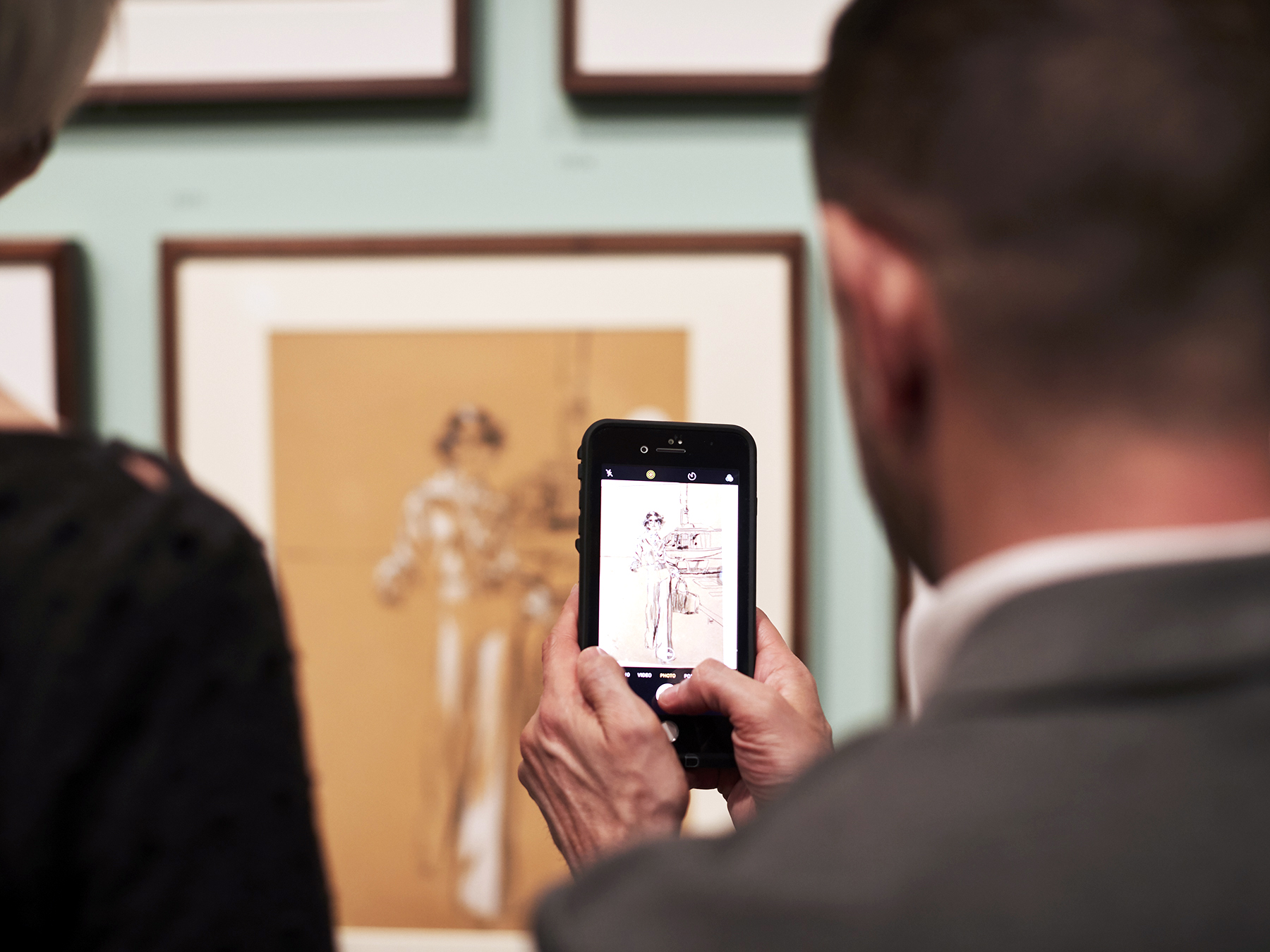 Howard had a way of capturing fashion as it related to society and culture at that time, just as he did during the private showing at the DAM. 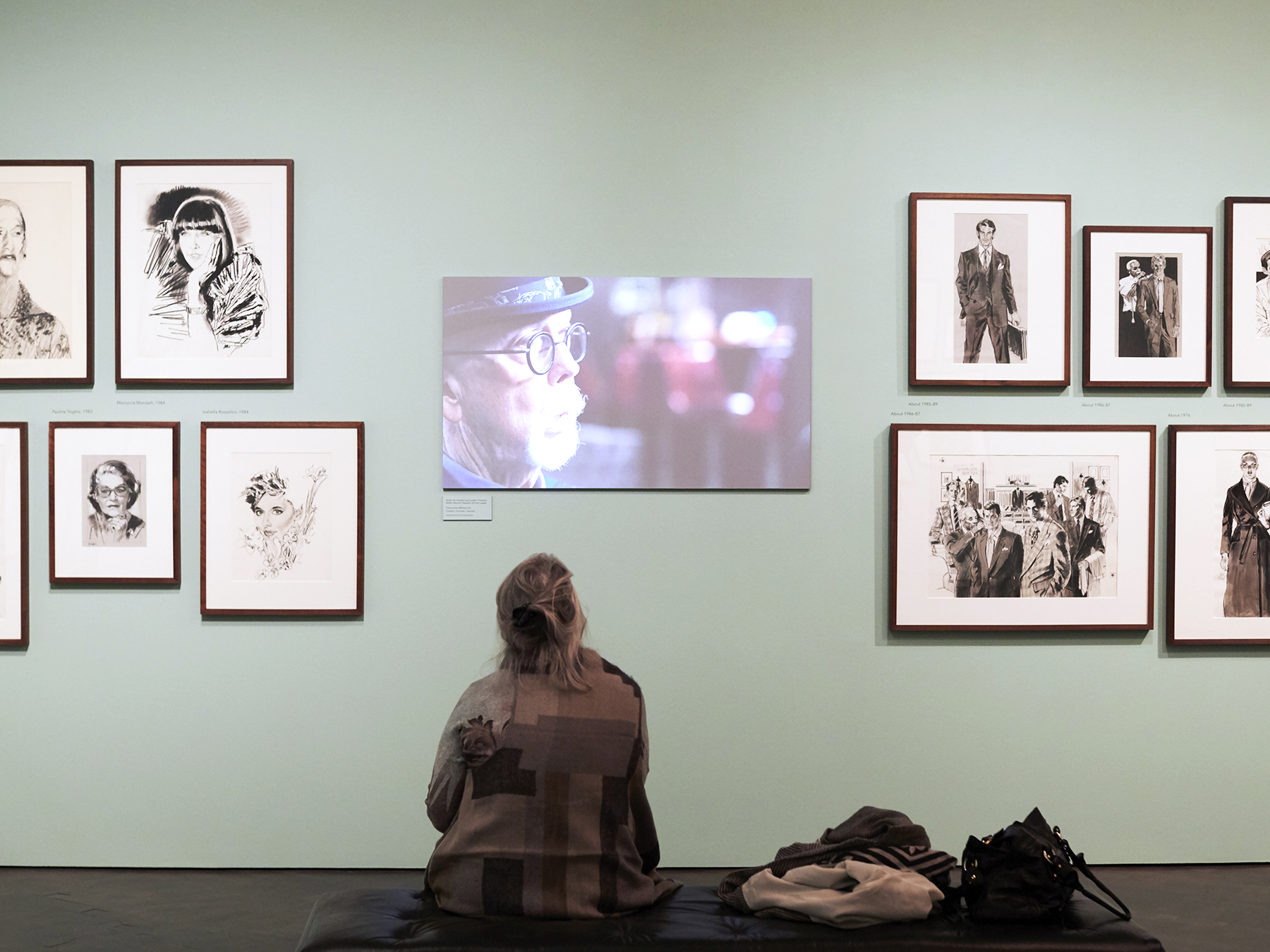 The exhibit includes a nine-minute video designed to give viewers the full experience of being in Jim Howard’s presence.