–
Los Angeles-based artist Cleon Peterson is making his way to Denver again. His first museum solo-exhibition has been dominating the Museum of Contemporary Art (MCA) Denver for the last several months, including the outside of the building, which is wrapped in a giant vinyl sticker. This weekend though, the celebrated artist will paint a 780-square-feet mural on the walls of The Source Hotel.

The mural — which will cover three walls and reach over 20 feet high — is sure to adhere to Peterson’s iconic and graphic style. His early years as an artist started when he was a teenager, with his first gallery show at 15 years old. After losing his way a little — including an addiction to heroin and some jail time— Peterson felt gravitated back toward art, specifically street art. Under the guidance of renowned wheatpaster Shepard Fairey, Peterson found a life that combined the depravity of his inner emotions with the beautiful aesthetic that had once gained him gallery wall space. 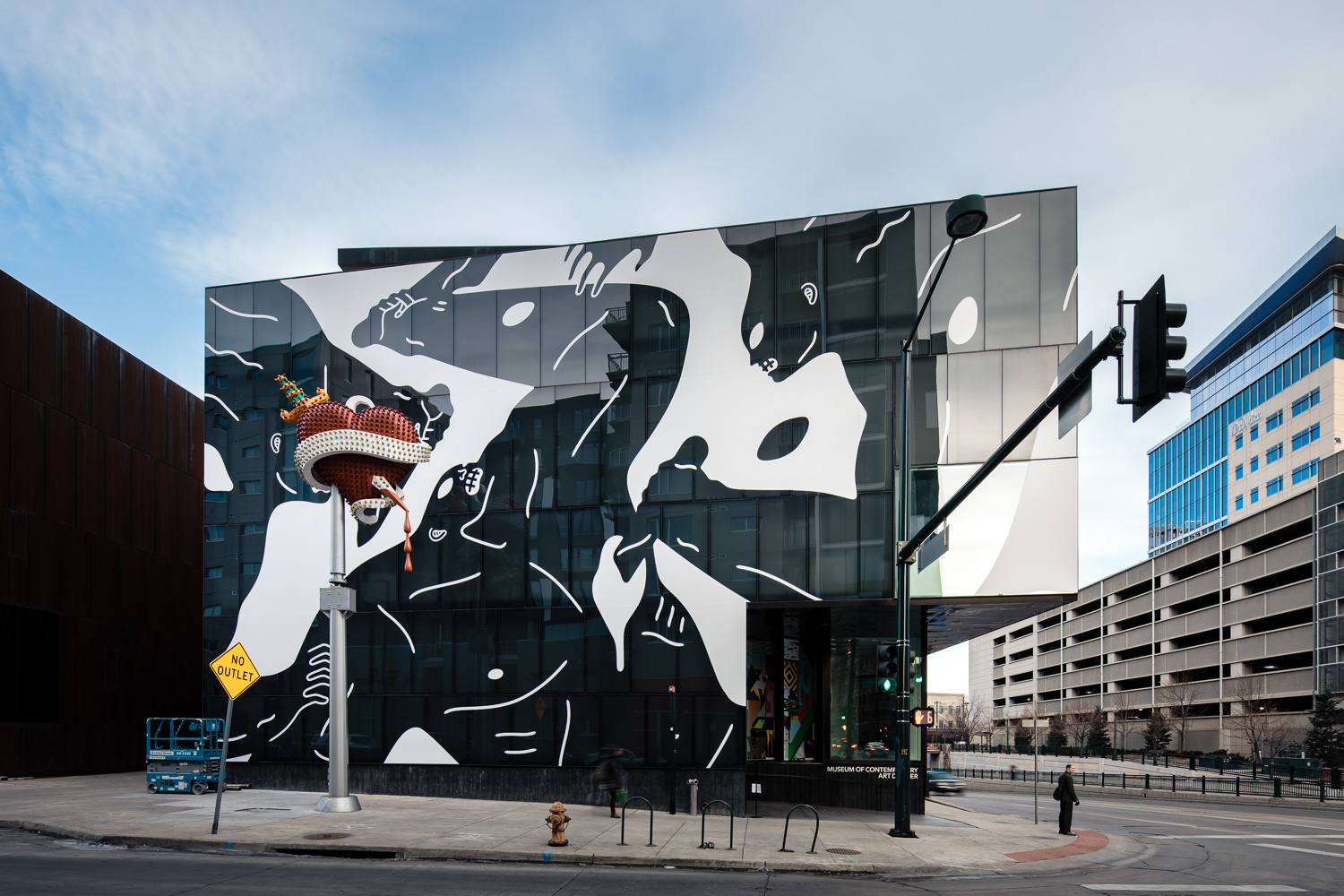 Since then, Peterson’s art has taken on a turbulent subject — violence. His paintings depict acts of anger, aggression and victimization. They bring into focus issues we all may face internally and issues that some of us experience externally. As Peterson wrote in the MCA exhibition, “I’m not trying to document a specific situation or an actual event. It’s more like I’m painting the essence of violence — the power dynamics, victimization, victimizers. It reaches beyond my own personal experiences to the experience of how we all live in the world today, where war, terrorism, shootings, police brutality, and other forms of violence are woven into the fabric of society.”
–

READ: Three Artists Transformed the MCA Denver Inside and Out

–
Before the MCA exhibition, Peterson gained a reputation for painting large-scale murals. One of the most notable ones rests under the Eiffel Tower in Paris. A depiction of that mural is now on display in the MCA exhibition, though the actual mural in Paris might be worth a trip across the Atlantic to see. According to Peterson during an artist talk with Shepard Fairey this past winter (organized by Adam Lerner with MCA), the paint he used for the Eiffel Tower mural might stay on the sidewalk longer than the Parisians expect. Which is great news for all of us.

Institutions in Chicago, Detroit, Los Angeles, and New York, as well as in Australia, Hong Kong, London and Singapore have all shown Peterson’s work as well.

Peterson’s new mural in Denver will be officially unveiled on May 10 at The Source Hotel, in conjunction with the CRUSH artist lineup announcement for this coming September. Which all makes sense, considering The Source is shaping itself to be the resident street art-loving institution in the burgeoning neighborhood. Especially with a recent announcement that the Canadian street art gallery Station 16 from Montreal will open a second location inside the hotel this summer.
–

Peterson’s mural will be on view in June at The Source Hotel, 3330 Brighton Blvd, Denver.* 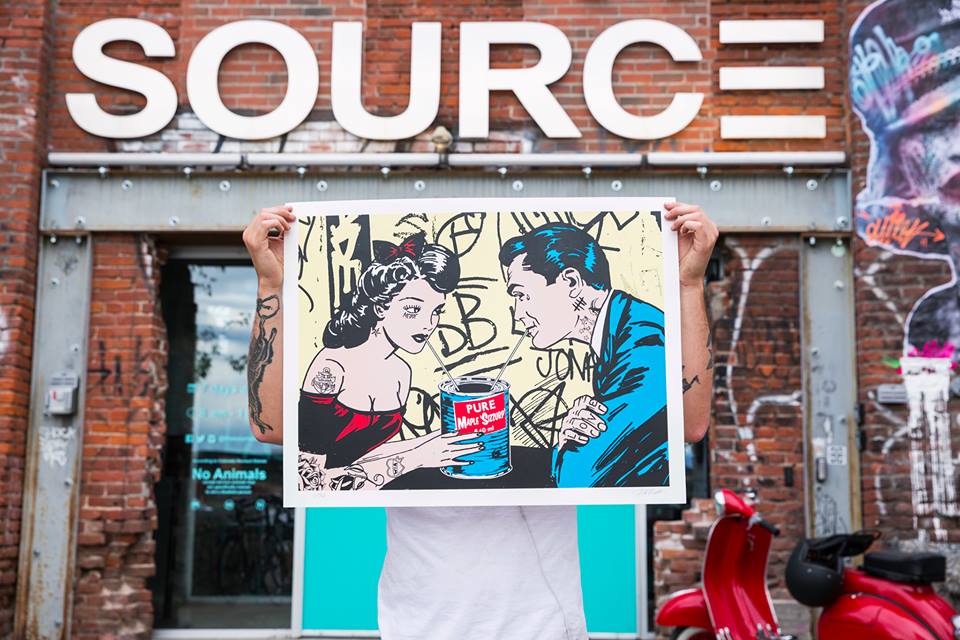 *Editor’s note: at the original time of this article publishing, the note said the public could see Peterson painting the mural this weekend, but this event is not open to the public.