Minnesota hip-hop duo Atmosphere is among the most recent to announce a headlining appearance at Red Rocks Amphitheatre this summer. The group has been headlining Red Rocks off and on for many years with a vast array of supporting acts and will return August 31, 2018. As of right now, the opener for their 2018 appearance is still highly anticipated. Previous accompanying acts that have performed with Atmosphere include Brother Ali, Rhymesayers, Dilated Peoples and Prof (Slug’s protegé). Whoever Atmosphere chooses, based on previous experiences, the Red Rocks show will be one not to miss for hip-hop fans in Colorado.

Atmosphere has a wealth of experience performing at Denver’s legendary open-air venue. In 2012, Atmosphere brought their sunny vibes to the inaugural Icelantic Winter On The Rocks alongside Common. In 2017, Atmosphere gave Colorado more than we could have asked for by performing seven times around the state including two stops at Denver’s own Ogden Theatre. 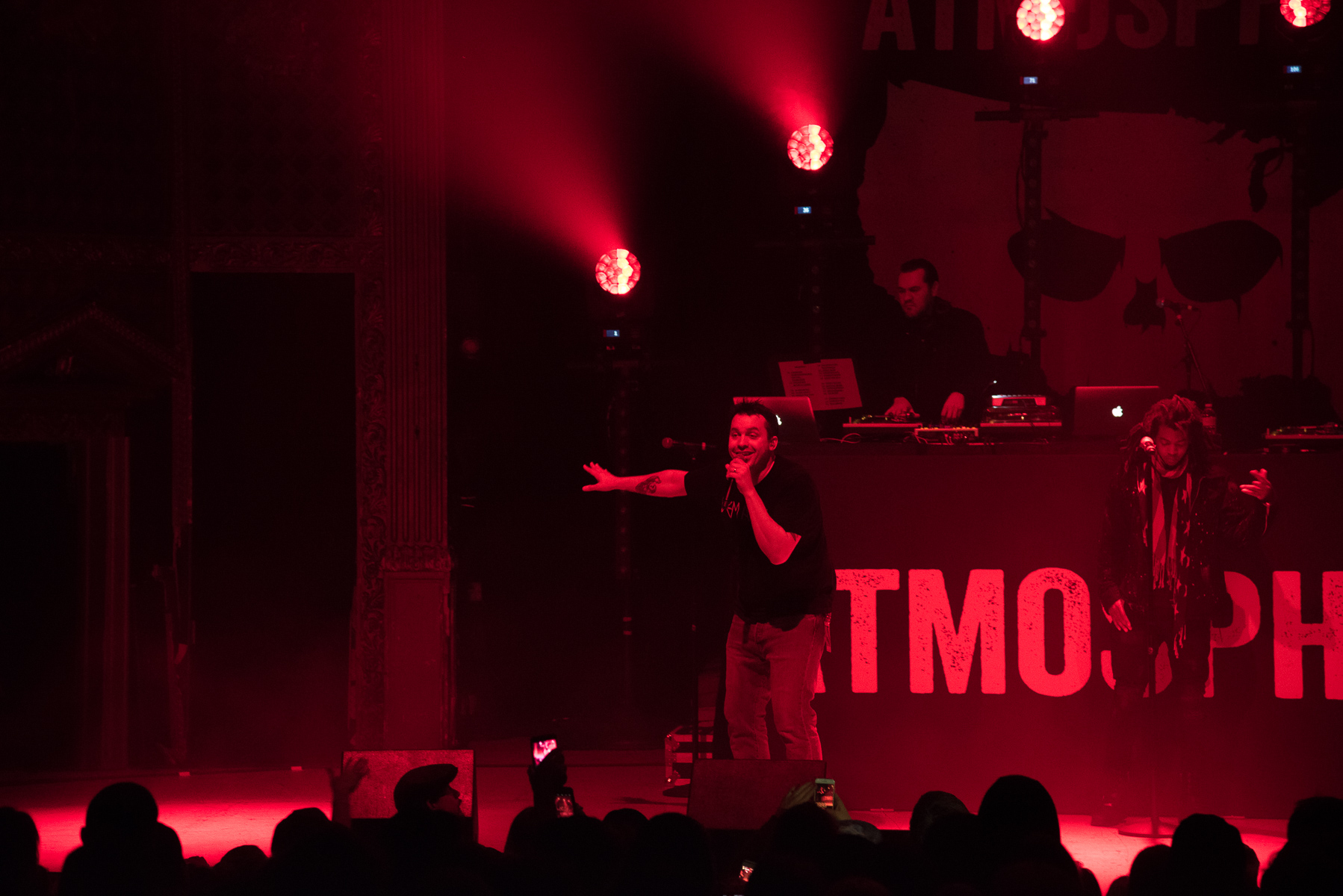 READ: Atmosphere Brings the Twin Cities to the Rocks

Consisting of rapper Slug (Sean Daley) and DJ-producer Ant (Anthony Davis), Atmosphere continues to unite audiences with lyrics that call out to service industry people, blue-collar workers and living an imperfect life. No one can resist the angsty rhymes in “You” or singing along to the unusually happy-go-lucky tunes of “Sunshine.” Slug, though sometimes a little more sloppy live than on the albums, exudes a genuine spirit on stage that swoons the audience every time. The smooth styled group just re-released their debut album from 1993, Overcast! on vinyl so there’s a chance they will be feeling nostalgic when they come through and provide concertgoers with some quality throwbacks to jam out to.

Tickets go on sale Friday, April 6 at 10 a.m. They can be found here. All photography by Sina Ghozati