420 On the Block Returns with a Huge Lineup, A Carnival and More

If you thought 4/20 would no longer be a celebration when legalization happened, you were wrong. As the weed-oriented day nears, everyone from cannabis-enthusiasts to entrepreneurs roll up their joints, unleash their outrageous marijuana-imprinted clothing or accessories and get ready to be as shameless as drinkers on their respective holidays (we’re looking at you, St. Patrick’s Day).

Last year, 420 On The Block debuted with a two-day event in multiple venues along South Broadway — aka “the block” — as a way to responsibly honor the milestones Colorado has achieved with the plant, while also throwing a kickass party.  MCs and DJs, both local and some national-level talent, converged on “the block” with performances and live music. 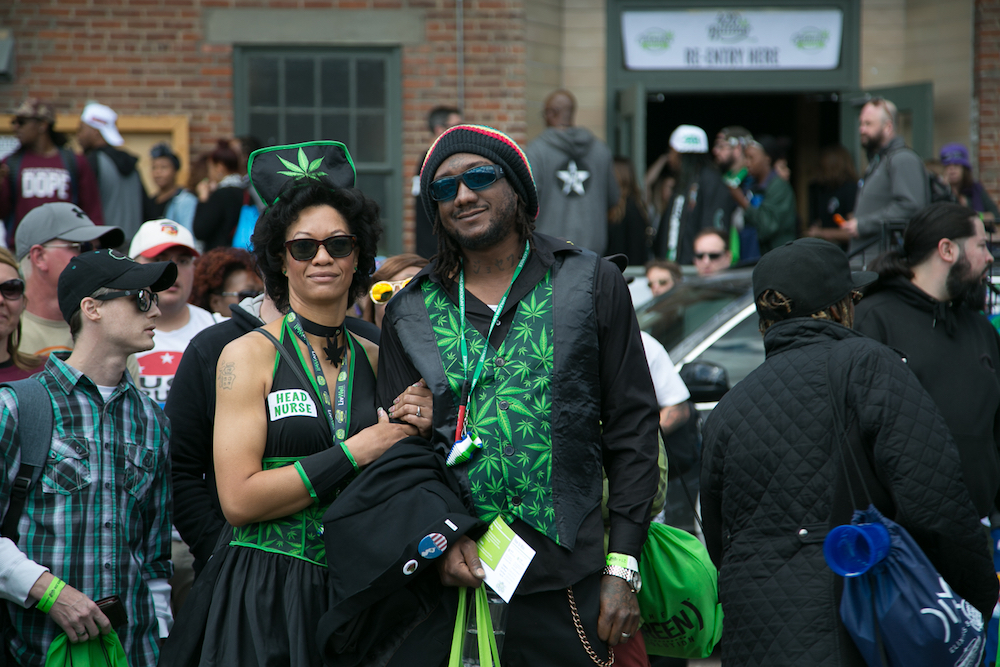 But this year, 420 On The Block has promised to be bigger, better and one day longer than last year. To enforce that theme, they’ve adopted a “retro airline travel evocative of classic carriers such as Pan Am.” Why retro airline you may wonder? They’re asking “passengers” to “sit back, relax and join the Mile High Club in style.”

The Mile High Club is no longer just a naughty bucket-list item on an airplane though, 420 On The Block wants that designation to refer to the pretty impressive list of weekend events they have lined up. This year, more well-known headliners will perform, including Action Bronson, Matisyahu, Break Science, TNERTLE, Kitchen Dwellers and Michael Menert.  Instead of taking over South Broadway, the event takes over Fox Street Compound in North Denver — mostly due to the newer, tightly enforced restrictions on public consumption in the City and County of Denver. It is probably better to keep the smokers in one “compound” — especially after the debacle from last year’s Civic Center rally.

“The goal is to celebrate Denver’s cannabis culture in a fun and legal way,” Cynthia Ord with World Cannabis Week commented. The main purpose of World Cannabis Week is to emulate a good example to the rest of the world, proving that the stereotypes for marijuana usage are outdated and unfair. This year marks its sixth celebration, and so far, the same concerns seen at rallies like Civic Center Park and Boulder’s University Quad have not been as prevalent. “We’re thrilled to be joining forces with 420 On The Block to create the biggest, best, freest, highest 4/20 weekend celebration in the city,” Ord added.

READ: Will a Business With Social Marijuana Use Ever Open In Denver?

In part because the organizers want to set a good example, and because it is technically illegal to consume marijuana in public spaces, the concerts will have a no-consumption policy on the grounds. Participants are encouraged to imbibe before and after, but to limit their intake during.

Though tickets into the compound start at $25, a 420 Bazaar vendor market, carnival games and a “420 Challenge” will be stationed before the entrance, free to members of the public 21-years-old and older. Pick up a “420 Challenge” scorecard at any The Green Solution dispensary beforehand to ditch the fee, or pay $5 at the event. Different activities offer points on these scorecards that could win you some sweet prizes.

Expect to encounter plenty of paraphernalia in the vendor market, but also look out for CBD retailers, industrial hemp products and other non-psychotropic offerings. Some of the businesses attending this year include Bee-Nails, B Fresh Gear, High Mountain Imports, Artist Proof Collective and more. 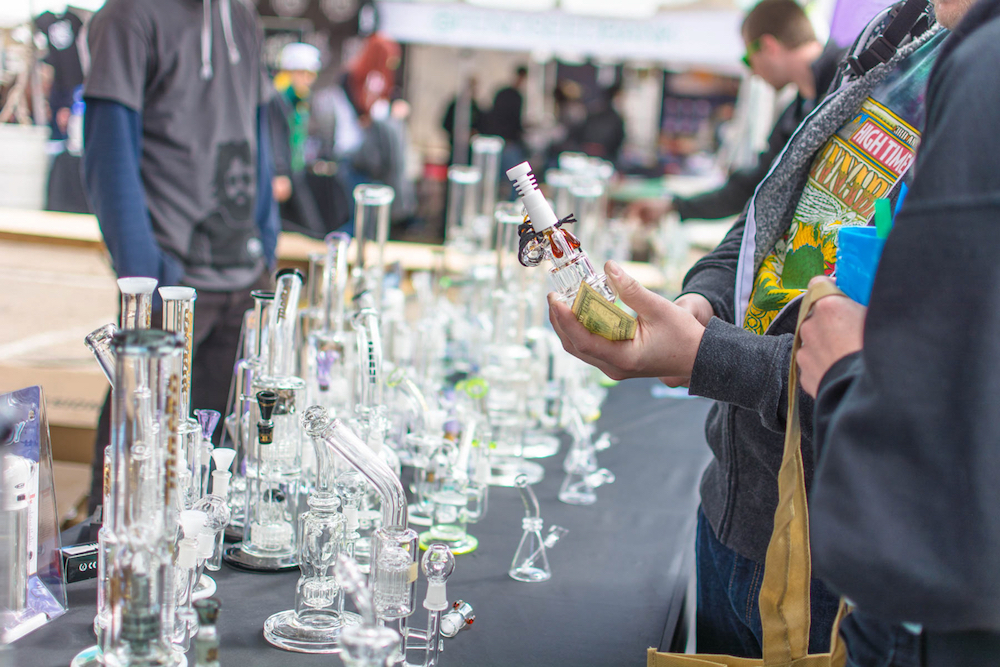 It wouldn’t be a proper stoner-gathering without some games, like a dunk-tank, axe throwing and a nug toss (your guess is as good as ours on that last one). Oh yeah, and there’s $5,000 worth of prizes to be handed out for the “420 Challenge.”

So pack your bags (presumably with gum, eye drops and a lighter) and get ready for takeoff. Don’t forget to pay attention to the flight attendants with directions on where the nearest exit is located, just to be safe.

During the weekend, revelers are encouraged to use Lyft, Uber and RTD for safe and reliable transportation.

Tickets for the “elevated music festival” are available here.

All photography by Brent Andeck, courtesy of World Cannabis Week unless otherwise noted.