Review – Miguel Mixed Politics And Passion At The Ogden

As it turns out, Miguel’s new album and tour of the same name, War & Leisure, has transcended that of a moniker to somewhat of a mantra for Miguel these days. He’s not without good reason either. Born and raised in Los Angeles, the singer is at a junction in the United States where his Latino heritage is challenged by the rhetoric of the Trump Administration, yet he’s built a career around his silky smooth sexuality. Rather than forcing a compromise between the two focal points, he’s met them in the middle, and as a result, he’s created arguably some of the best music of his career. The singer’s last appearance in Colorado in 2016, led to the feeling that there was potential yet to be explored. However, on the current “War & Leisure Tour,” Miguel put the speculation to rest, coming fully charged with guns a-blazing. 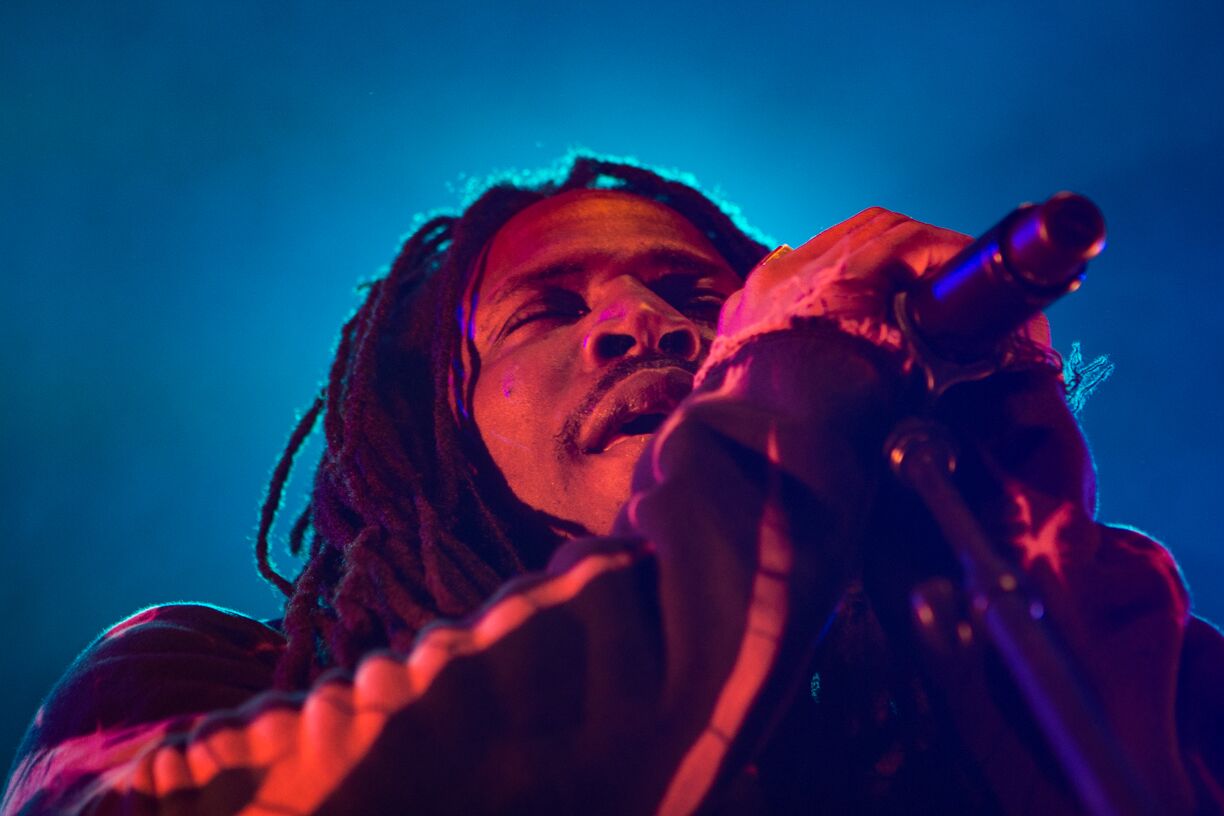 Of the two openers, Miguel’s own brother Nonchalant Savant was the first up. Sounding nearly identical to Miguel at times, Nonchalant Savant was breezy and mellow serenading the audience with R&B tunes of the same nature. While his set was brief, he got the audience on the same wavelength, vibing out together in time for the more mellifluous SiR. The TDE (Top Dawg Entertainment) signee who shares a roster with the likes of Kendrick Lamar, Schoolboy Q and SZA, is blowing up in his own right, but his performance didn’t suggest he’d caught on to that fact. Far more shy and uncommitted than his contemporaries, SiR didn’t provide a whole lot to grasp on to. Perhaps it was because the performance felt like just another rung on his come up, but he gave off the impression that he was winging it. For having as good of a voice as he had, things just seemed to meander without ever building into anything. It would have boded better had he come ready to perform rather than teasing the audience with the possibility of such. 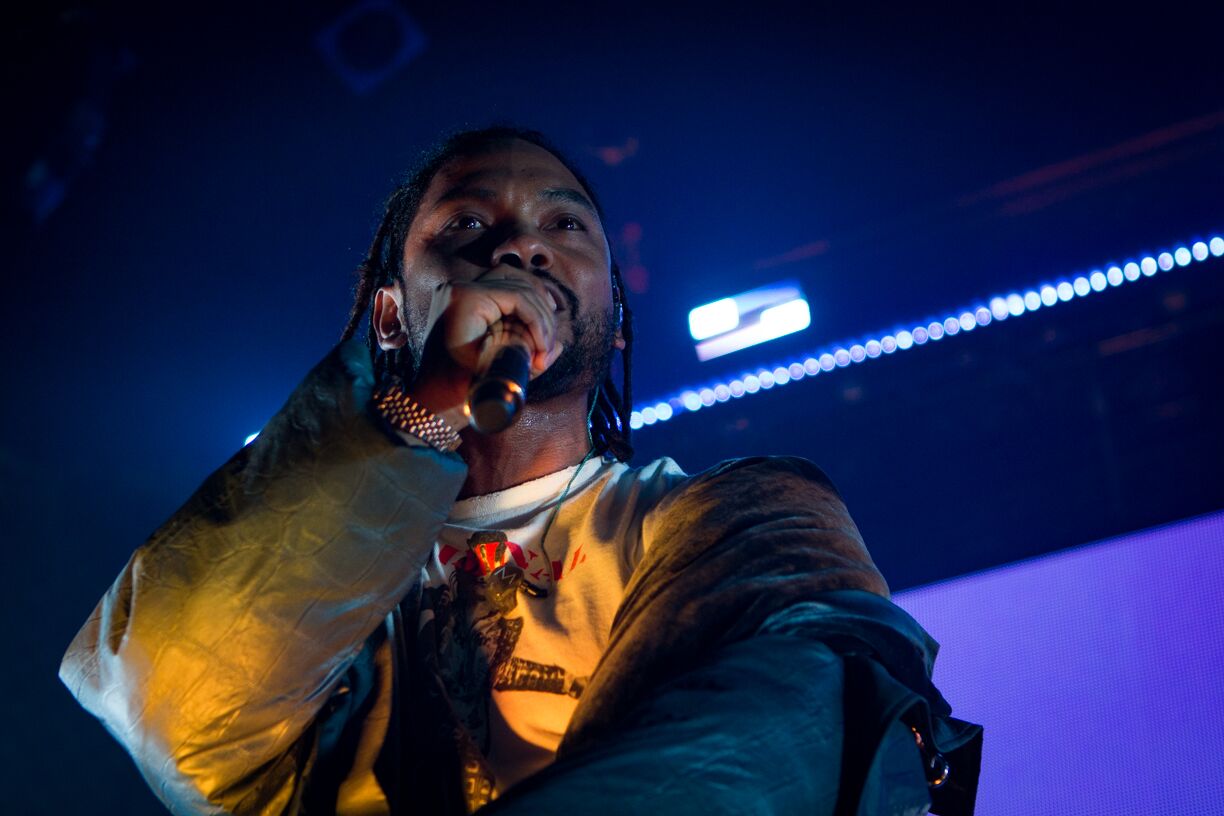 After a brief changeover, the lights faded and a video of immigrants protesting around the San Bernardino Immigrant Detention Center introduced Miguel to the stage. Upon a massive riser with equally massive LED screens, Miguel bubbled up from clouds of smoke, and launched into the charged “Criminal.” Perched on the platform with a powerhouse of a band on the corners of the setup, Miguel resembled more a frontman of a band then the solo star he’s become. His voice, a tremendous weapon at his disposal slid from high arching falsettos to guttural yells, without the slightest of hesitance. Most remarkable, however, was Miguel’s demeanor. Mellow and relaxed, there was a self-assuredness that had taken hold and dominated his tracks with an impenetrable swagger. War and leisure being the premise of the tour, Miguel embodied it to a T and paraded it in the setlist. 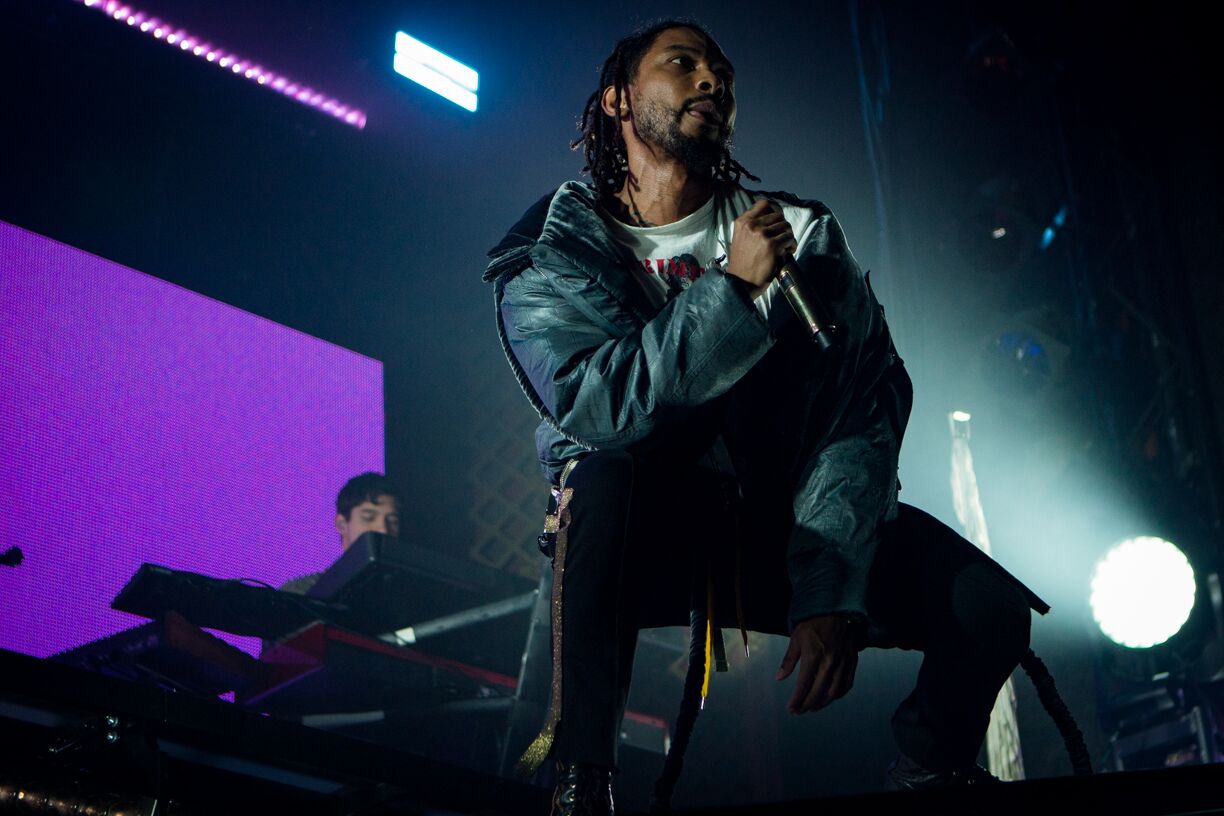 Funky tracks like the Wildheart cut “DEAL,” dealing with the woes of monetary influence on politics felt quintessential alongside newer and similarly vexed songs like “I Told You So.” Likewise, “Caramelo Duro” came off as a defiant affirmation of his Latino heritage in the face of the ongoing adversity while “waves” became a call to be better despite it all. Using his sexuality to blur the line between the war of sex and the war on land, Miguel unleashed a passion within himself that superseded the show. Miguel’s message has always been that love is greater than hatred, and up until such a point, Miguel had been content in making love. However, with the reality of the world encroaching on such contentment, Miguel finally suited up and fought back. To the point, where the phrase “hot and bothered” at a Miguel show took on a dual meaning and triumphed because of it.

All photography by Kenneth Coles